Rare example of a very old & impressive advertising print ,depicting a well known type of Port of the time and a nice northern Portuguese vista .Adam Millar’s were a well known spirits, wine and cordials merchant in the Liberties section of Dublin.The firm also bottled for such behemoths as Jameson’s and Roe’s as well as producing their own Black label whiskey until the company’s sad closure in the mid 20th century.The practice of merchant bottling was commonplace in Ireland and many of the best known Irish whiskies today started out as such.Jamesons in particular did not officially bottle their own whiskey until 1968 and up to this point offered their products only by the barrel. 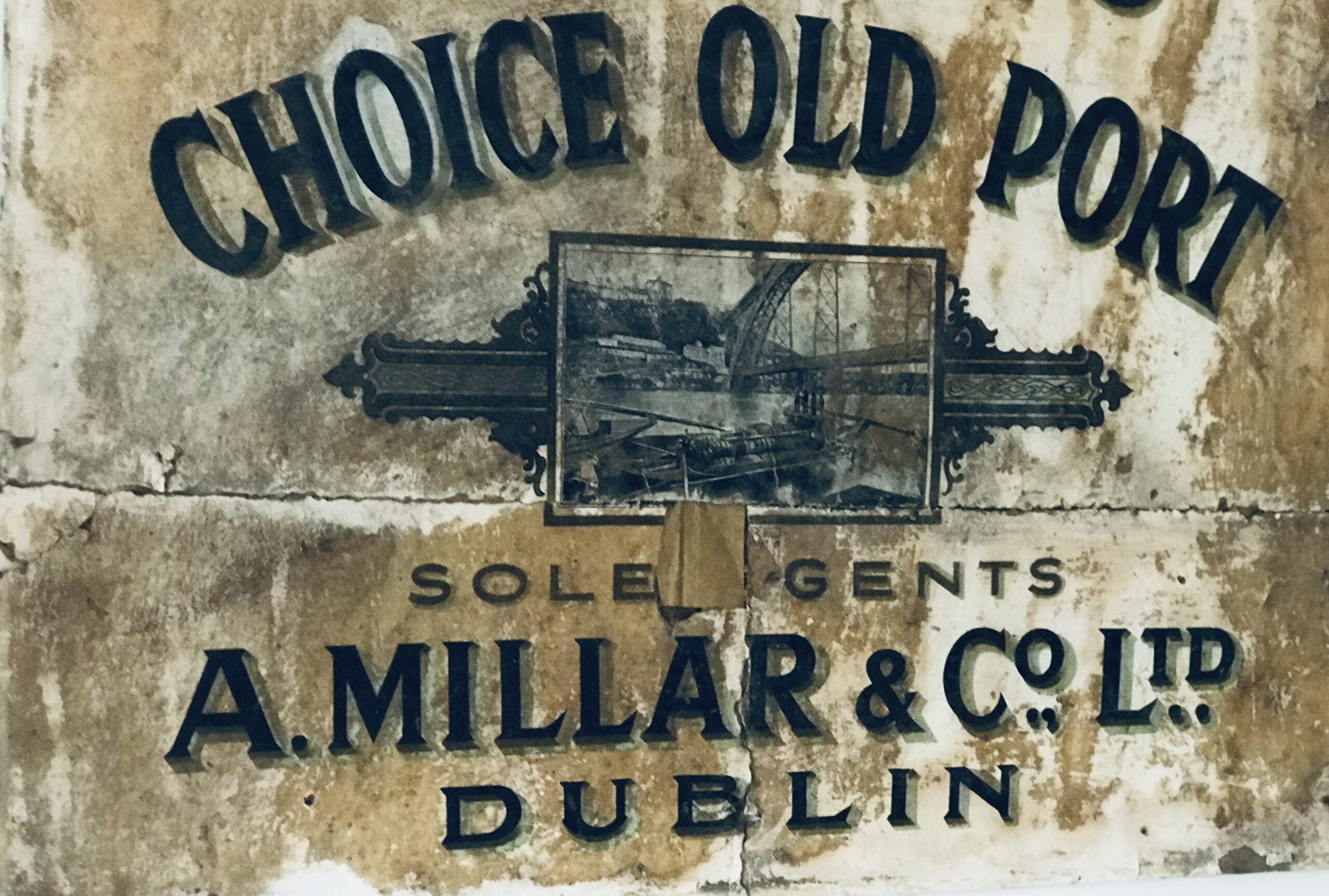 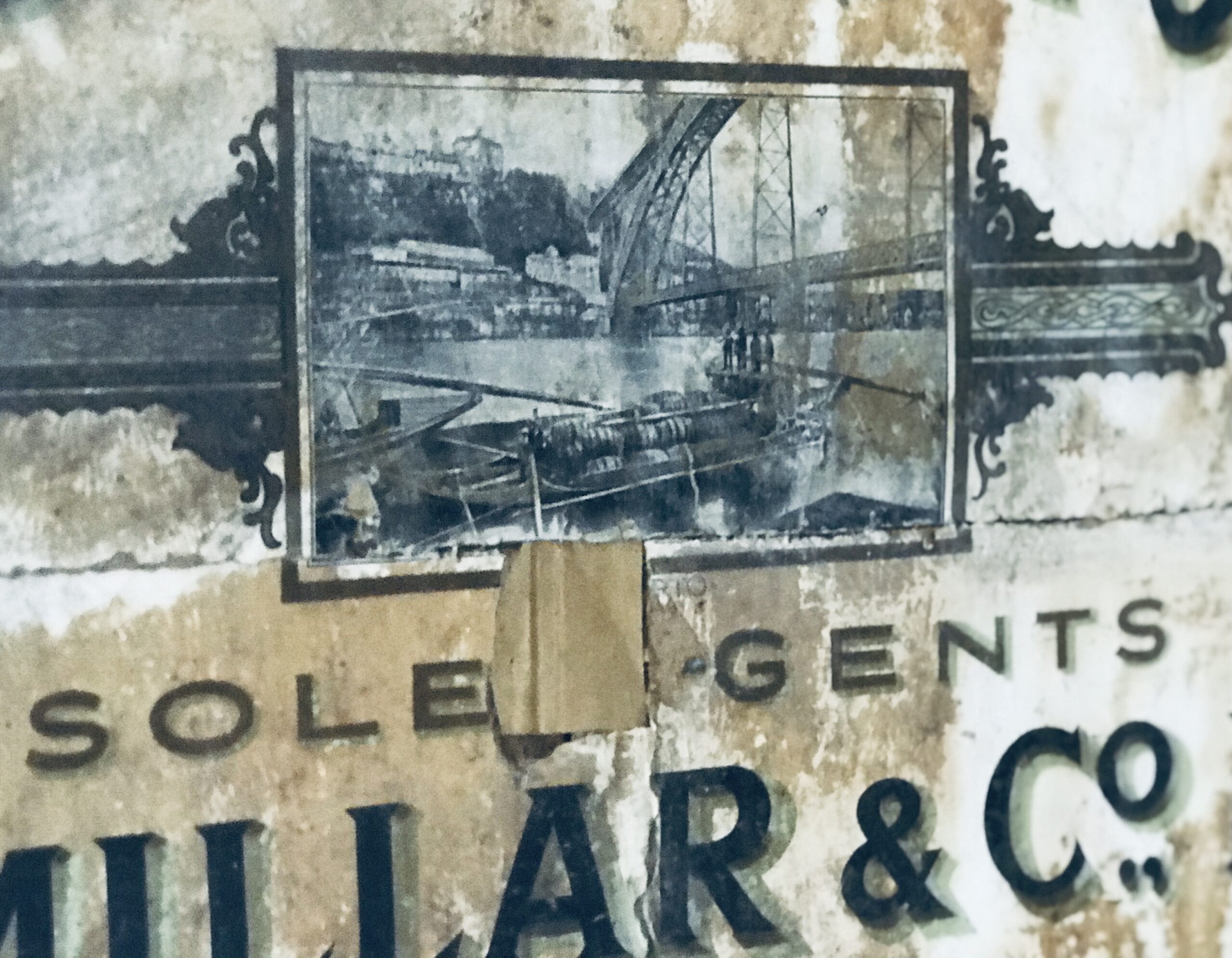 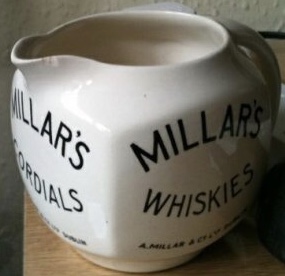