Original Coleraine Whisky Print-As supplied to the House of Commons!

Coleraine Whiskey( Robt A Taylor Distillers) framed advertising print, proudly displaying the various medals won by the company at trade fairs over the years.The original Coleraine distillery,which opened in 1820 was one of the two malt distilleries on the island of Ireland by then.It closed its doors  in 1978 as part of a rationalisation process by its owner at the time, the mighty Bushmills.It was always a small distillery and has been later described as a “slightly haphazard” operation but still managed to acquire a prestigious contract to supply the House of Commons 1843 ,such was the quality and meticulous preparation of its malt, none of which was ever bottled under 10 years old.This magnificent original print proudly makes mention of its association with the Parliament in London-and also depicts the beautiful scenes of the Giants Causeway and the Salmon Leap,both near Coleraine. 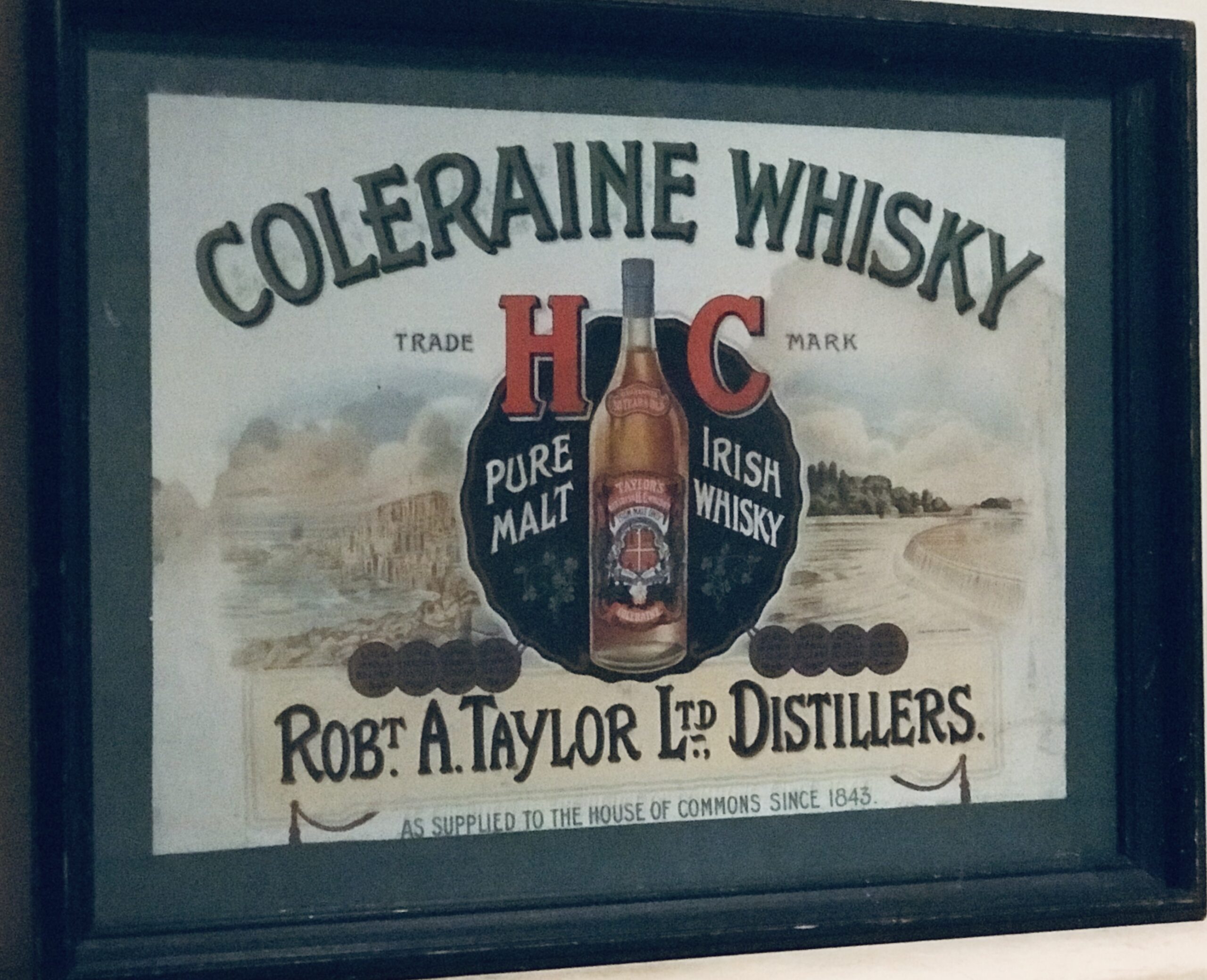 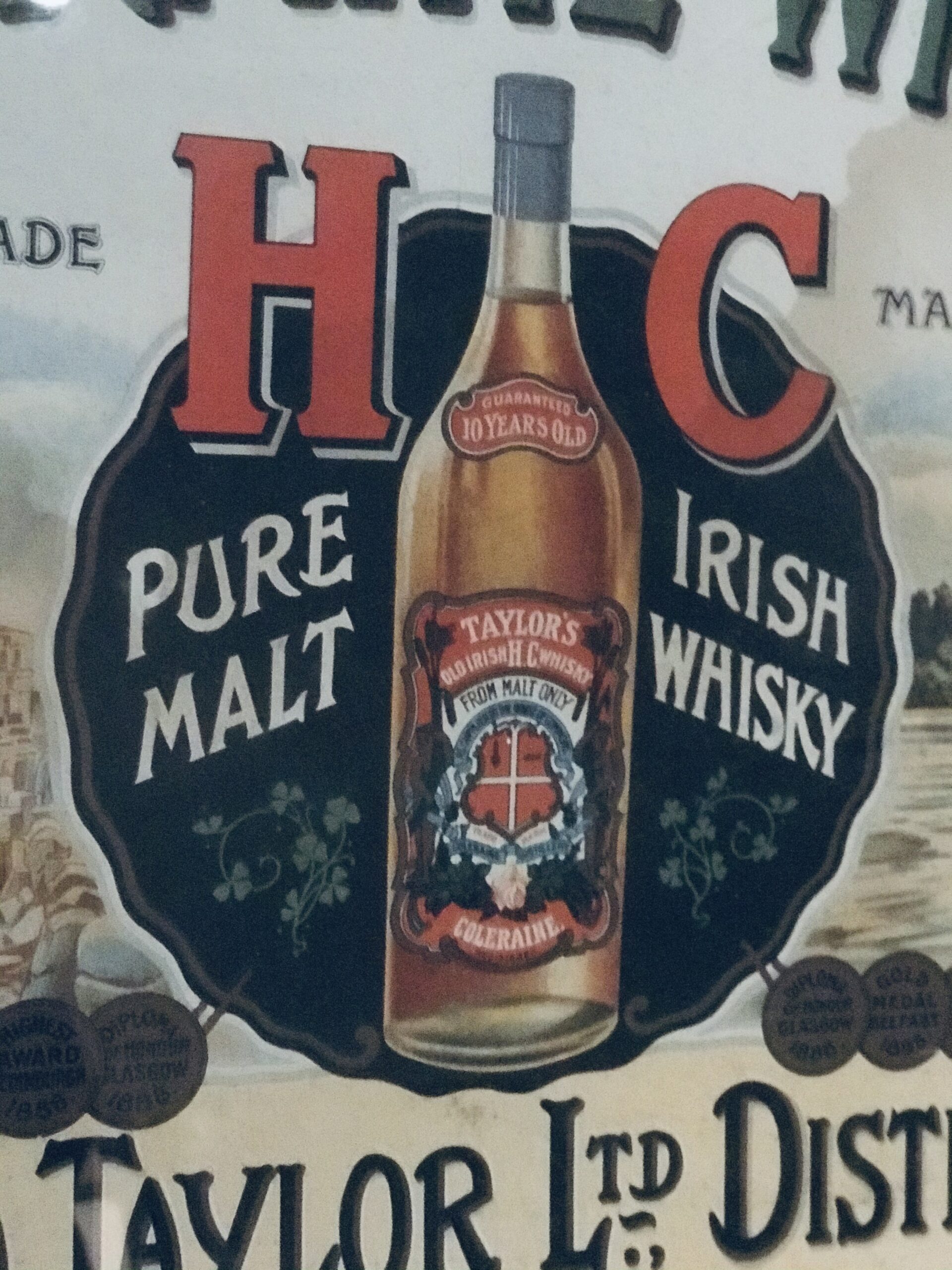 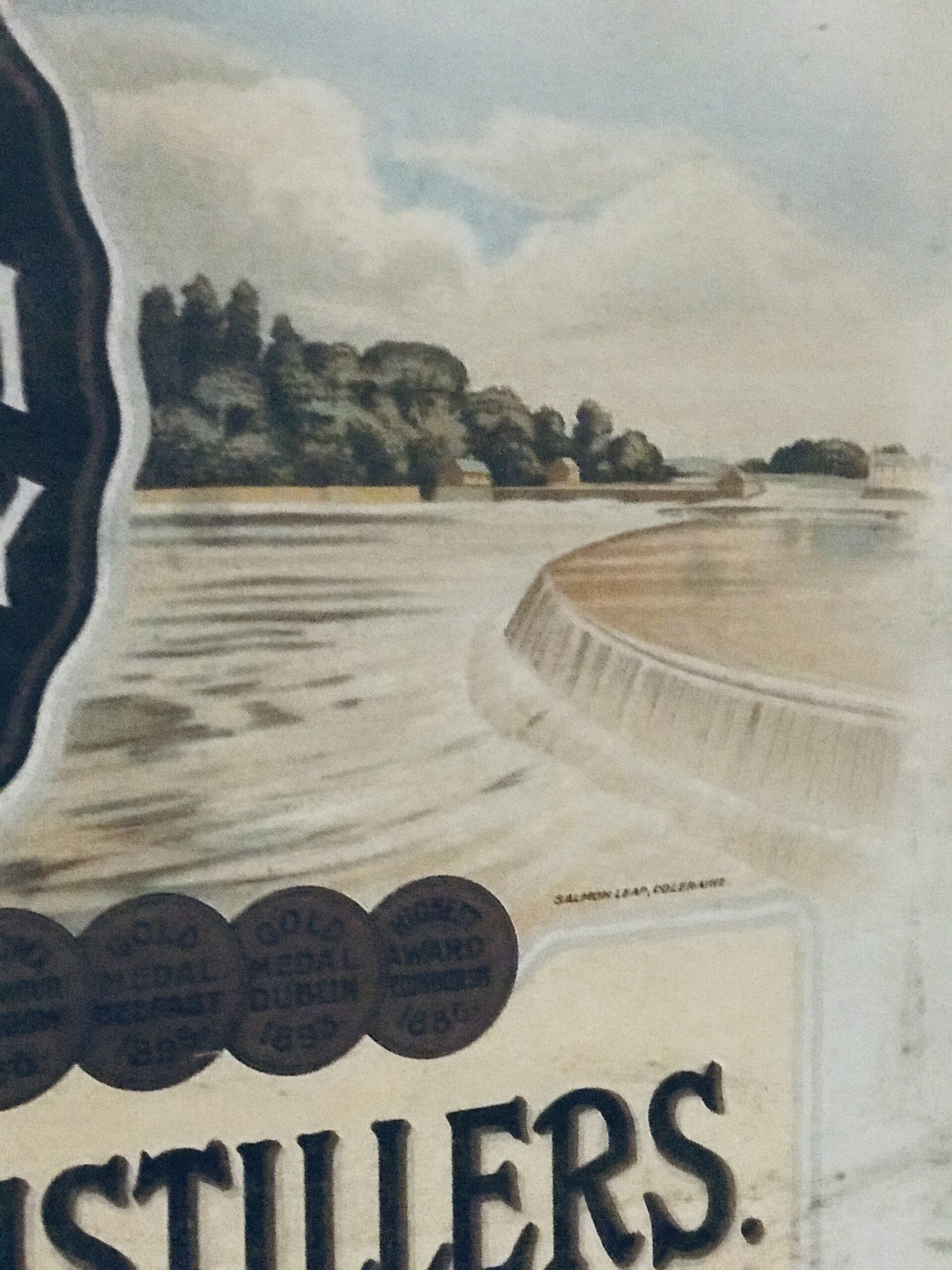 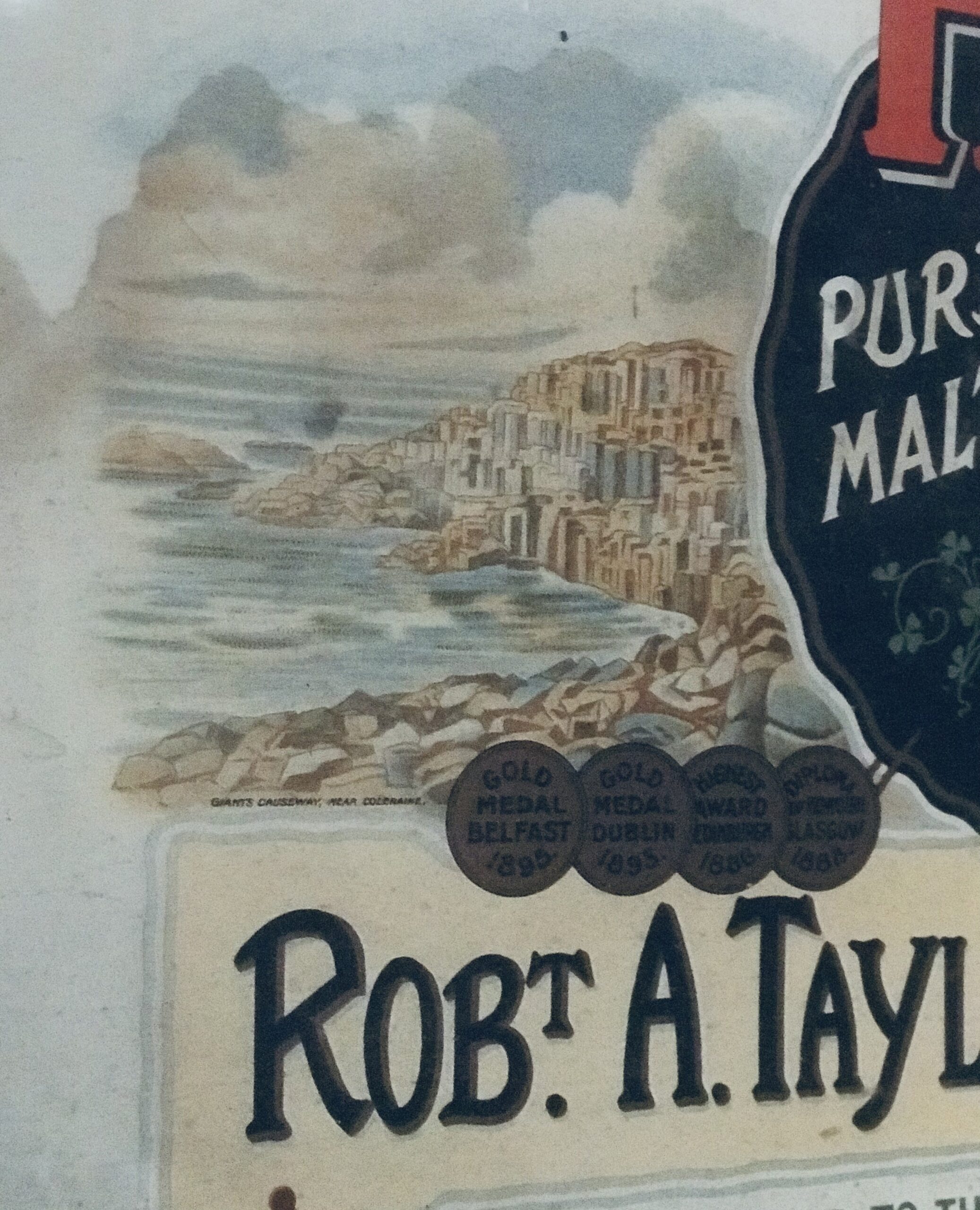 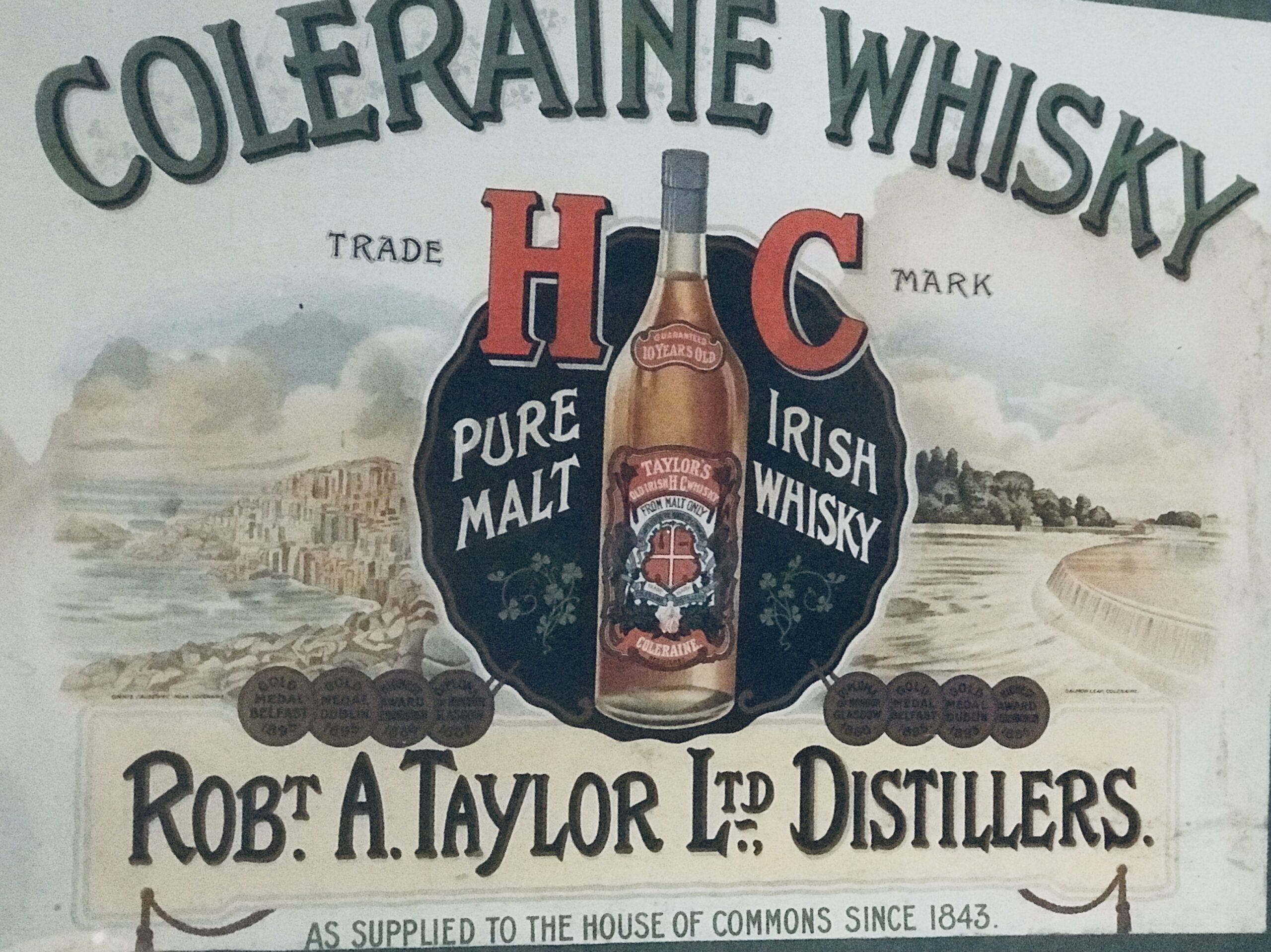 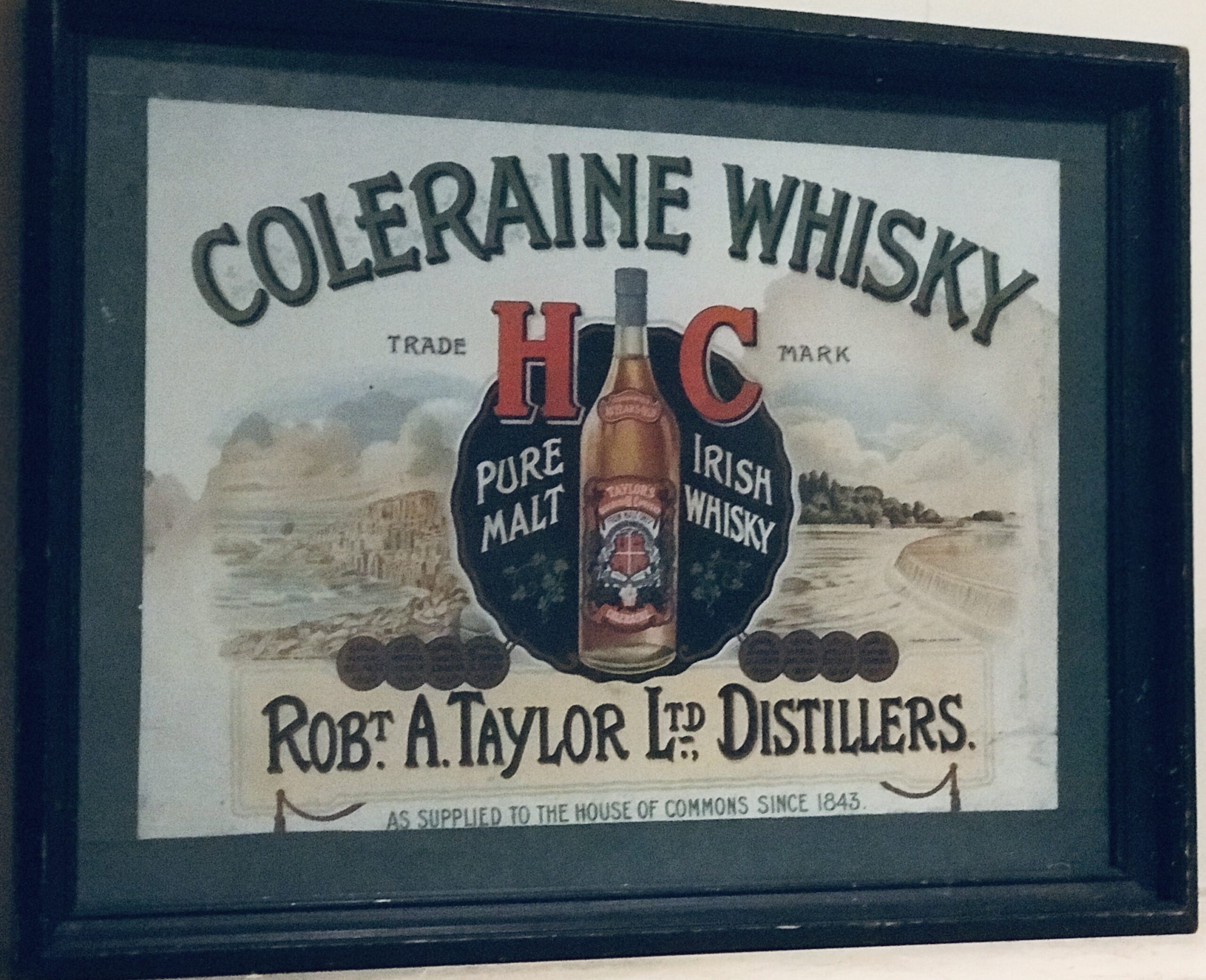