A very attractive mirror depicting the famous Tullamore Dew Irish Wolfhounds and the slogan “Give every man his Dew”. 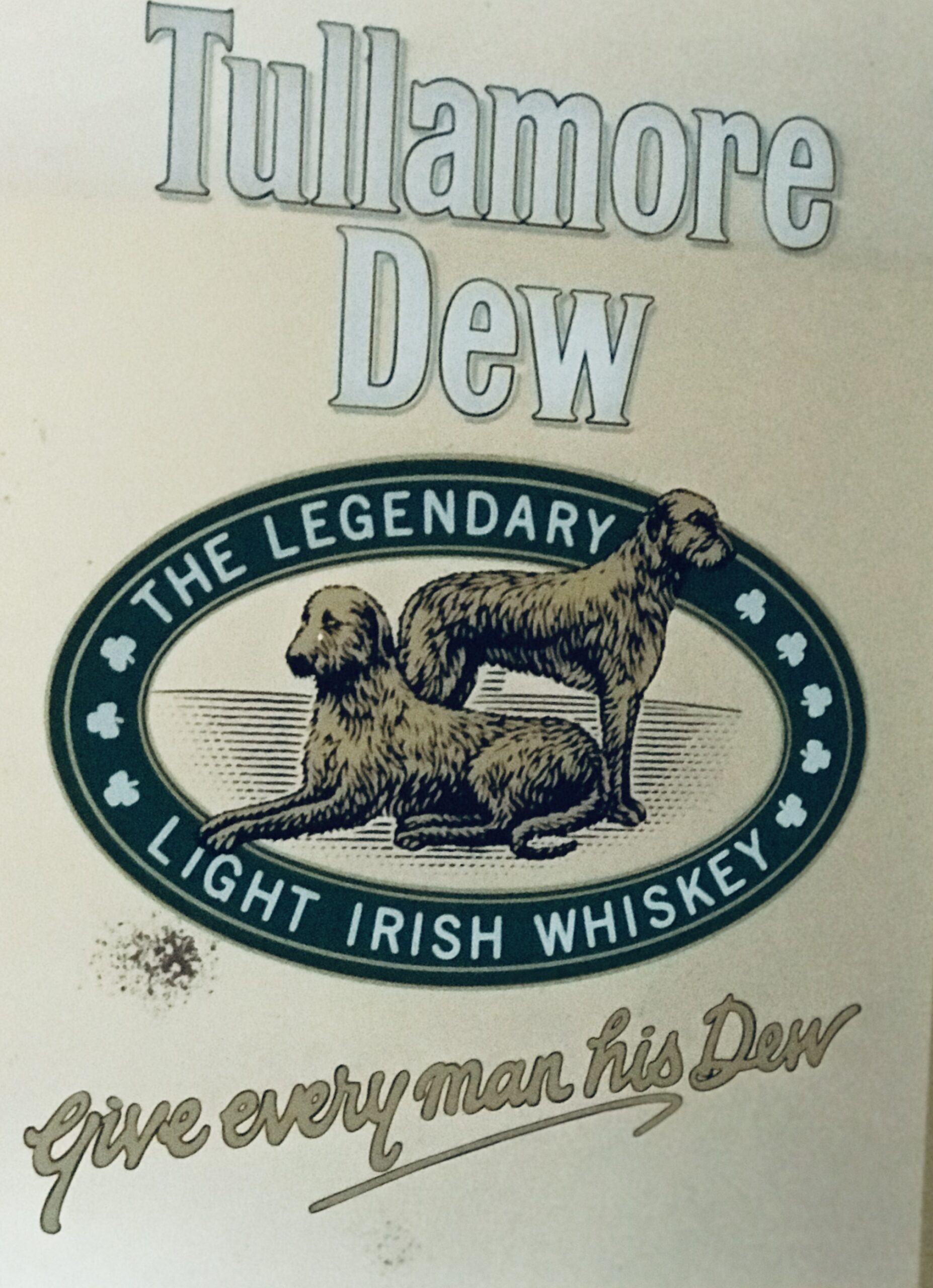 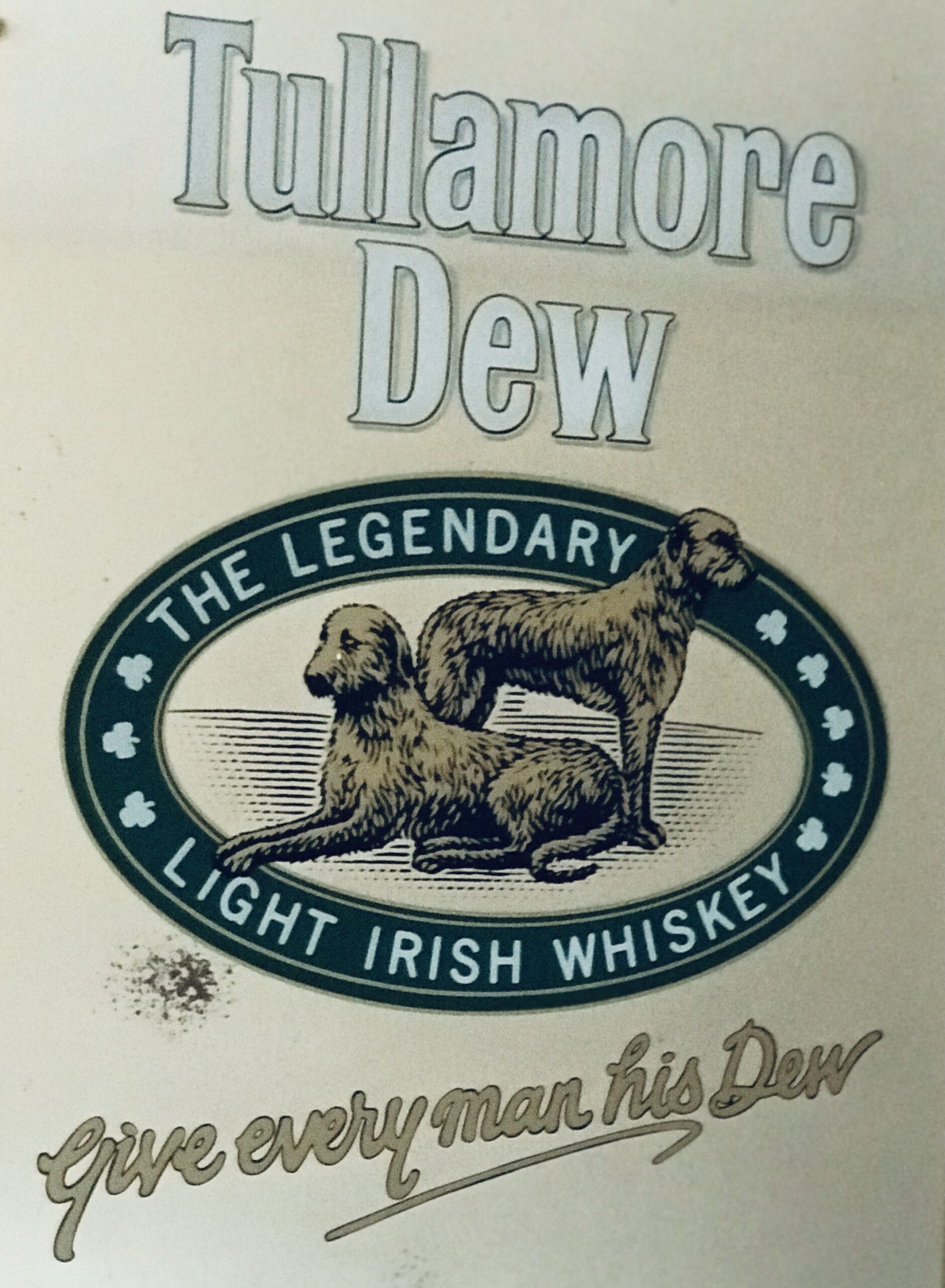 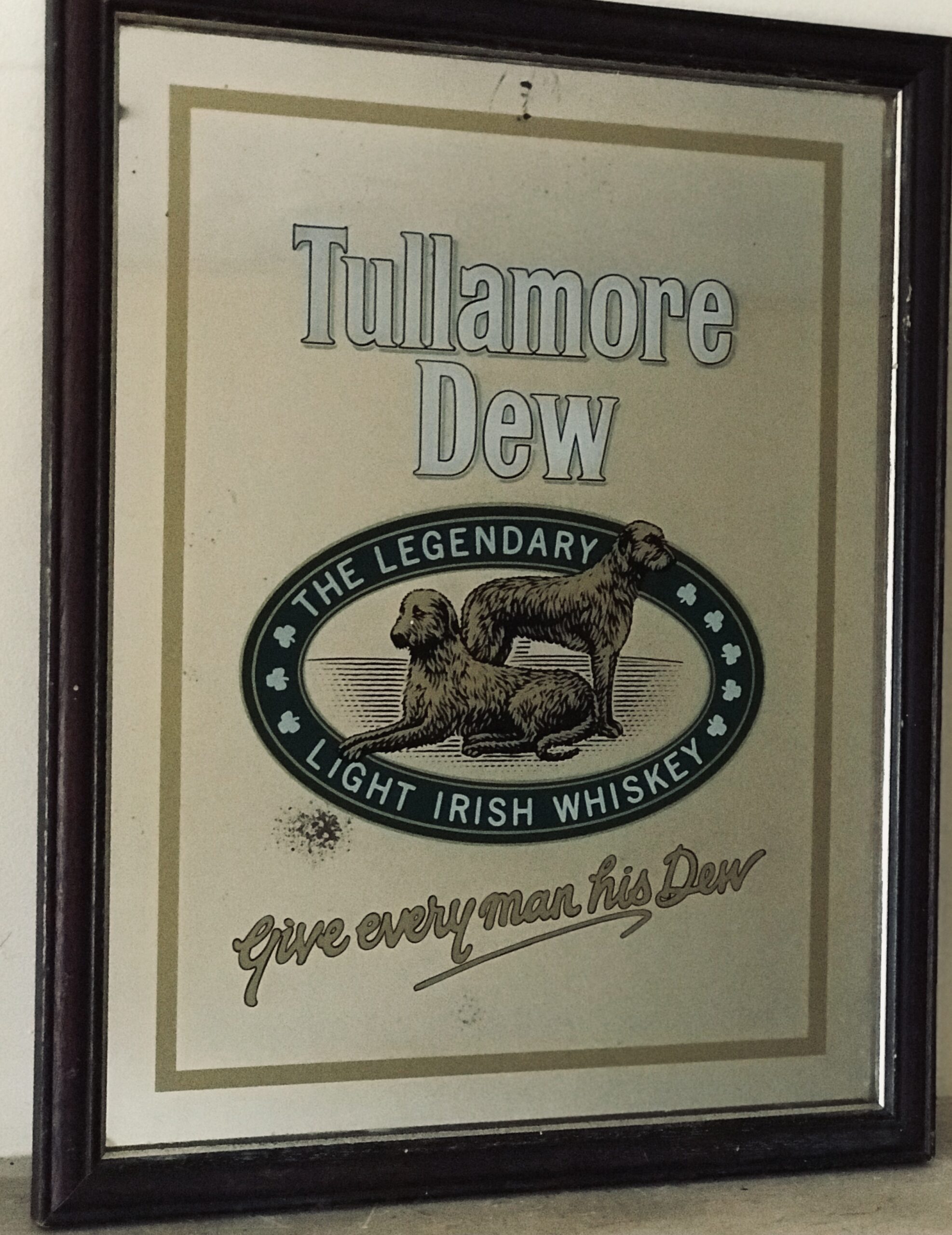 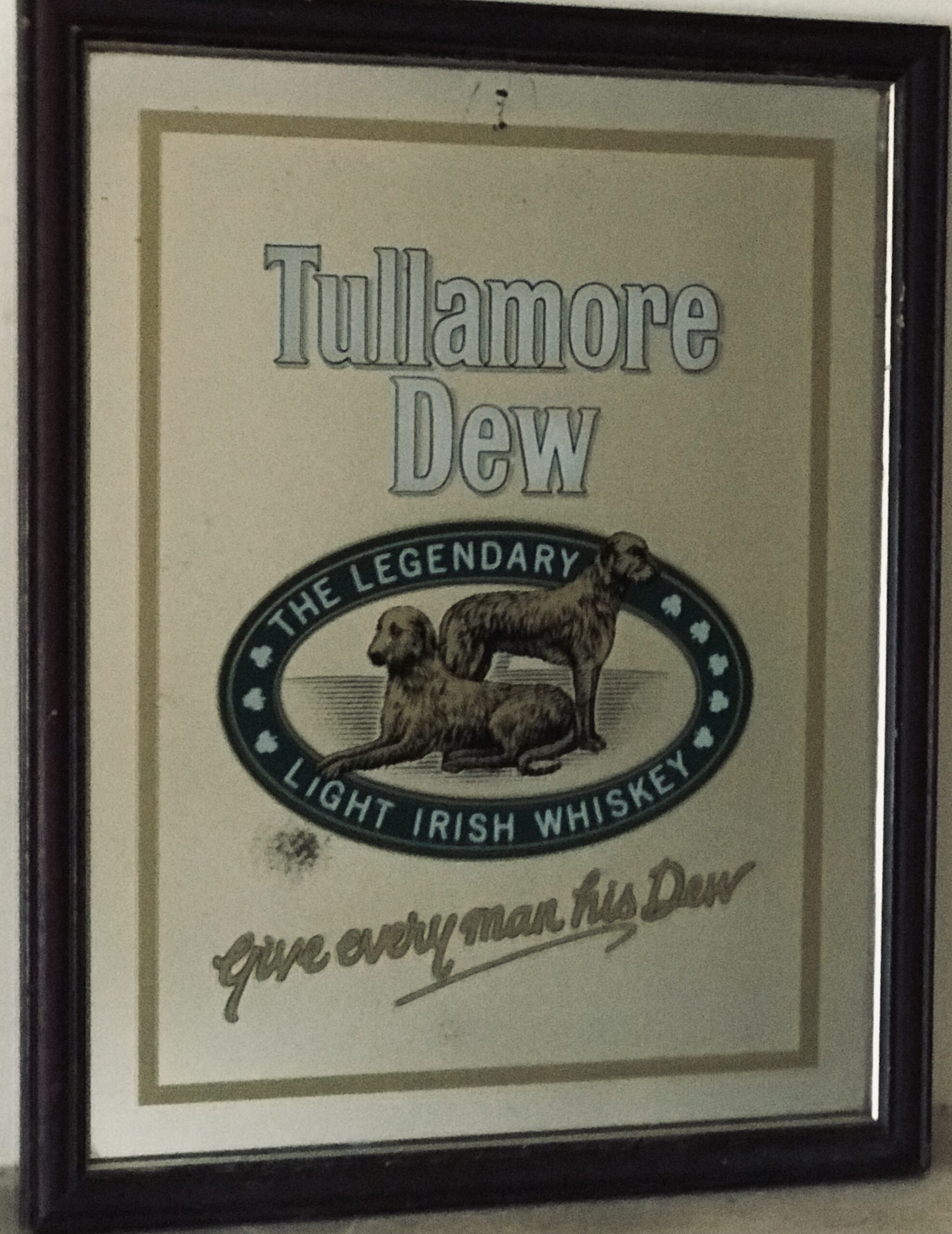