Phenomenal original oil on canvas of a motionless Lester Piggott cantering to an easy victory on board a handsome bay colt.The famous colours of the Aga Khan and Lady Clague can be seen battling for the minor honours.

“Lester Piggott, a dapper yet gaunt man, ghosts across the cold marble floor of a hotel in Mayfair with a vaguely haunted expression. The prospect of another interview, after a lifetime of such encounters, does not fill the great old jockey with glee. He has heard every question before and, as an infamously reluctant communicator, he has dodged most since his first winner in 1948. A Piggott interview is meant to be a challenge like no other.

Having spent the past few days consumed by grainy yet riveting footage of Piggott riding magnificent horses like Nijinsky and Sir Ivor, or watching him show a brutal need to win while driving on Roberto and The Minstrel to victory in the Derby in the 1970s, I launch into an earnest waffle of a greeting.

“Hello,” the 79-year-old Piggott says in his whispery mumble, offering a fleeting handshake.

Piggott’s life – stretching from 11 champion jockey titles and 30 Classic victories to a tangled personal life and being jailed for tax evasion – has always been compelling and prickly. Who else has won the Derby nine times, been stripped of his OBE and waged war against his own body so that he could scale 30 pounds less than his natural weight? The vivid backdrop lingers and a splash of colour peeks out in the form of Piggott’s pink shirt beneath a sober grey suit.

Forty years ago, when known as the Long Fellow, Piggott’s fame saw him ranked alongside Muhammad Ali, Pelé and George Best. Ali boasted loudly and justifiably that he was The Greatest; but the Long Fellow preferred icy silence or his trademark mumble.

“It’s not quite the same now,” Piggott says in muted relief. “I don’t get recognised as much. I’m much older, you know.”

A glass of hot water, given a zing by a slice of lemon, appears at his side. I ramble on about hardly being able to believe he will turn 80 next month.

He is still married, after 55 years, to Susan. But Piggott and his girlfriend, Lady Barbara Fitzgerald, with whom he lives near Geneva, have just driven from Paris to London. Piggott went to watch Frankie Dettori and Golden Horn win the Prix de l’Arc de Triomphe – a race he won three times himself. “Golden Horn looks a good horse,” Piggott murmurs. “I’ve always liked The Arc. It’s a great race.”

At first, to keep within the remit of a racing interview, I ask if Golden Horn offers any real evidence that horses today are better than any of his best rides from 50 years ago. There is a long silence. I feel as if we’re in a Harold Pinter play and I allow the pause to stretch.

“I don’t think horses are any better today,” Piggott finally says. “There are good years and bad years. If you take Golden Horn and Mill Reef you can’t easily say one is better than the other. Mill Reef, Nijinsky and Sea The Stars are of the highest class. Golden Horn is close to that level. But how do we know which is really better?”

I’m more interested in the fact that his wife remarked in 2012 that, “at 72, you feel very differently about things than you do at 25.”

Piggott clears his throat. “When we get older we look at it differently. We’re all quite happy.” Susan has voiced similar sentiments despite Piggott fathering his son, Jamie, with his former secretary Anna Ludlow, and now living with Lady Barbara – 22 years younger than him. Does she really not harbour any bitterness? “No,” Piggott says. “I’m very lucky. We all get on.” Would he ever divorce Susan and marry Barbara? “Never thought about it.”

Piggott reacts to these invasive questions with rueful resignation. He even smiles in a way which suggests that he, his wife, his girlfriend and the three adult children with whom he remains close do function as a happy extended family. “I’ve got a good family,” he says. “I’m lucky. I’ve been easy with the kids. They’ve gone their own way and all done quite well.”

Jamie made his professional debut as a jockey at the age of 19 in July 2013. “He had a ride or two but he got a bit heavy to continue. He now works in the stables and rides every day. He probably could have been a good jockey.”

Piggott was ruthless with his own 5ft 8in frame. A typical story insists that his breakfast was a cigar and a cough – and that he ate hardly at all. Walter Swinburn, the former jockey, once told me Piggott kept his cigars and chocolate locked up. He would take out just one piece of a Yorkie bar to give him the rustle of a sugar rush.

“It did feel like a battle. But if we wanted to ride we had to be low. It wasn’t easy but we were all in the same boat because at that time the weights were so much lower.” Can he enjoy food now? “I don’t still eat much really … not compared to other people.”

Piggott was ravenous but strength coursed through him. He and Nijinsky cut a poetic picture of man and horse in full flow, but he needed raw force to secure some of his most famous wins.

“Well,” Piggott says, “it was important to win. The Minstrel was a very tough horse. He had to be – those three races he won [the Derby, the Irish Derby and the King George] in the summer of 1977 were hard. Roberto [who won the Derby in 1972] was different. You had to make him do it.”

Piggott underplays his savage use of the whip. “You couldn’t have used it like that these days,” he admits. “But I never really hurt the horses. It seemed like I was whacking them but it never was as bad as it looked.”

Could he have won the Derby on Roberto and The Minstrel if he had used a modern whip? Piggott pats me kindly. “Well … the other jockeys would have had the same whip …”

I slap my dumb head. Piggott laughs, a little wheezing cackle. “Exactly. But who knows?”

He grins mischievously when I say that one of my favourite Piggott stories is of his stunt when stealing the whip belonging to the French jockey Alain Lequeux in 1979. There was a furlong to run when, having dropped his own whip, he stretched out and lifted a replacement from Lequeux’s incredulous grasp. It was theft; but it was also pure artistry.

“The other boy [Lequeux] was a good friend of mine. It was a big race, in Deauville, and I wanted to win. It looked like he was dropping out and someone was ahead of him. He knocked the whip out of my hand, accidently of course, so I just took his like that …” Piggott leans across, his face as sly and concentrated as the Artful Dodger. With a cunning pluck of the air he nicks my imaginary whip. “Instinct. I did it just like that. I finished second. He was third. That was the problem. That’s why they put me off. But no rule covers it.”

Whip-stealing is not in racing’s rule book? “I saw it happen again last month. Did you read about it? It was in America – on the old track in Pennsylvania [when, during a race, a jockey, Angel Castillo, lost his own whip and then stole another belonging to Pierre Hernández Ortega]. They didn’t do anything to him. I got a [20-day] ban.”

Piggott was banned often in his career. At 18 he was suspended for six months after the racing authorities decided his father, Keith, had persuaded him to endanger other jockeys. Piggott was already famous and, a year earlier, in 1953, his name had been mentioned in a PG Wodehouse story. Were they simply intent on cutting him down? “I suppose so. Today you’d probably get four days. They just did what they liked really. It wasn’t very fair. Of course racing’s much better regulated now.”

Other jockeys seemed a little frightened of him. Did he use that stone-faced aura as a weapon? “Not consciously. I don’t see why they should’ve been frightened. It’s funny you should say that.”

It’s likely that they were in awe of him. “Probably – some of them anyway.”

On Saturday, at the finale to the European flat season, on the richest day in British racing with four Group One races, Piggott will be the guest of honour at Ascot. He will hand out the awards at the Qipco British Champions Day. “It should be terrific. They’ve done well to put all those races together.”

One of Piggott’s closest friends passed on a message that suggested the 366 days the jockey served of a three-year prison sentence, for failing to declare £3.25m in tax, softened him. Piggott looks briefly affronted. “It didn’t make any difference.”

I wait for Piggott to continue, but he is much cannier than me. “Are you South African?” he asks, looking deeply interested in his own question. I am so surprised to end up having a conversation about South Africa that it takes a while to work out the Long Fellow has neatly shifted us on to a different track. I try again.

When he came out of prison was his appetite for life renewed? “I never looked on it that way. It was stupid, really, to be there. I don’t know how to describe it. It was just unnecessary.”

It has been said, even by the Queen and Peter O’Sullevan, an arch Piggott supporter and the majestic race commentator who died earlier this year, that the jockey paid back the tax man from a bank account he had never previously declared. “Oh, that’s rubbish,” Piggott insists. “Really. It is. Who would do that?”

Piggott did something more unbelievable. Twelve days after walking out of prison, at the age of 54, he won the 1990 Breeders’ Cup in the US on a horse called Royal Academy. Piggott grins when I say it resembles a movie. “Or a fairytale. It was great, wasn’t it? I was lucky to get the chance. When I came out I had no idea I would be riding him.”

Royal Academy, ridden expertly by Piggott, surged from the back of the field in a dramatic finish. “I was a long way back because he had to be. He wasn’t really a mile horse so we had to hold him back as long as possible.”

Piggott’s father, a former jump jockey who also won the Grand National as a trainer, was notoriously tough. He was still alive when Piggott won that miraculous race. Did his dad compliment him on any of his 4,493 victories? “Not really. I knew him so well. He only talked about it when I did something wrong. That was the best way.”

After his first win as a 12-year-old at Haydock Park, his mother Iris said: “He is quite a good rider, but will never be as good as his father. Don’t make a fuss. Lester is a very ordinary boy.”

Piggott nods. “She downplayed things – and that’s a good thing.”

Perhaps now, nearing his 80th birthday, Piggott can say out loud what he surely believes – that he was the greatest ever jockey? “You just hope you were. But how can you tell?”

“You’ve had quite a life,” I say to the old jockey.

“Oh yeah,” he smiles, realising that this interview, rather than his life, is almost over. “It’s been terrific, really. I can’t complain.”

Lester Piggott leans over and, with another small pat of my arm, he reminds me of one last salient truth. “But there’s only so much you can talk about.” 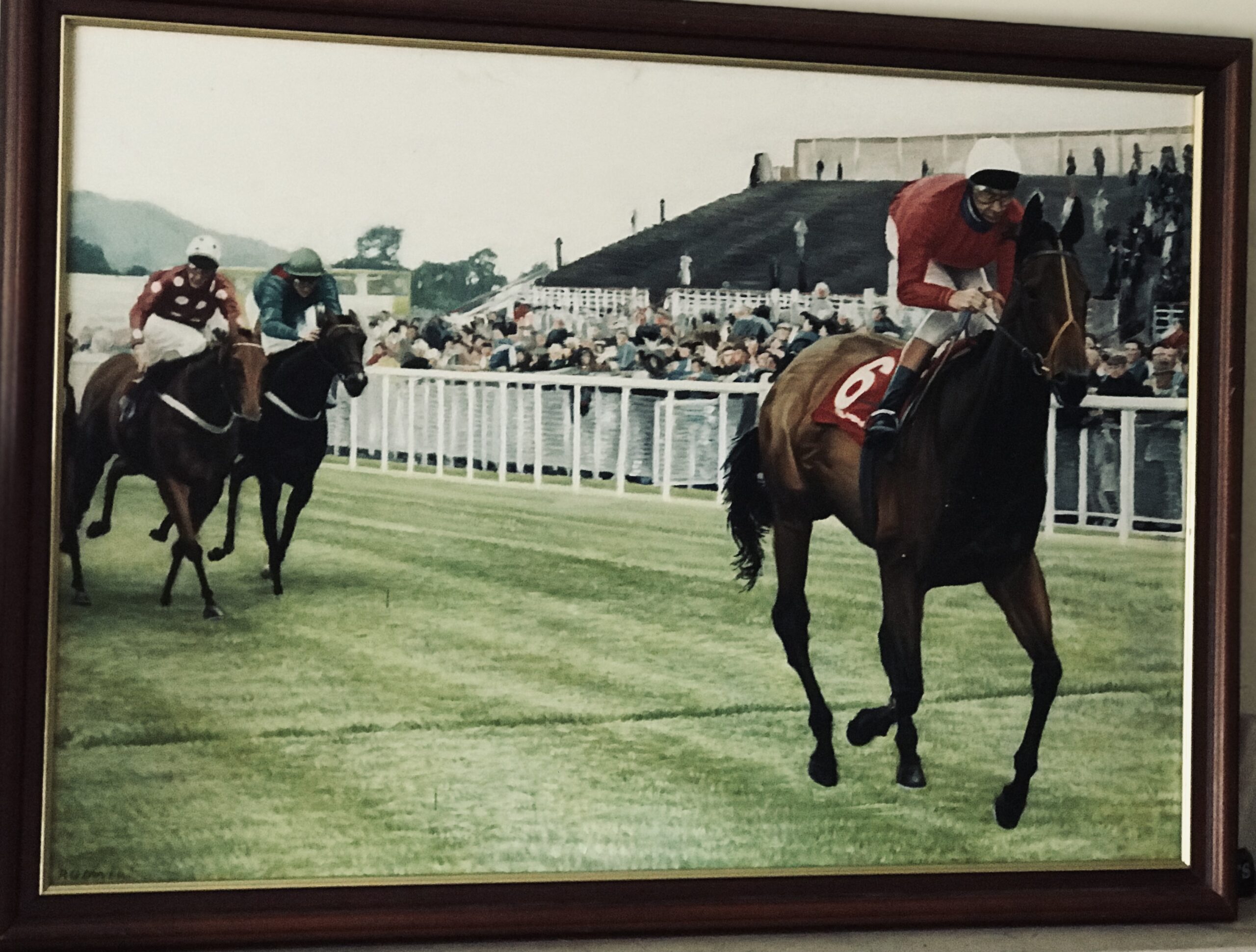 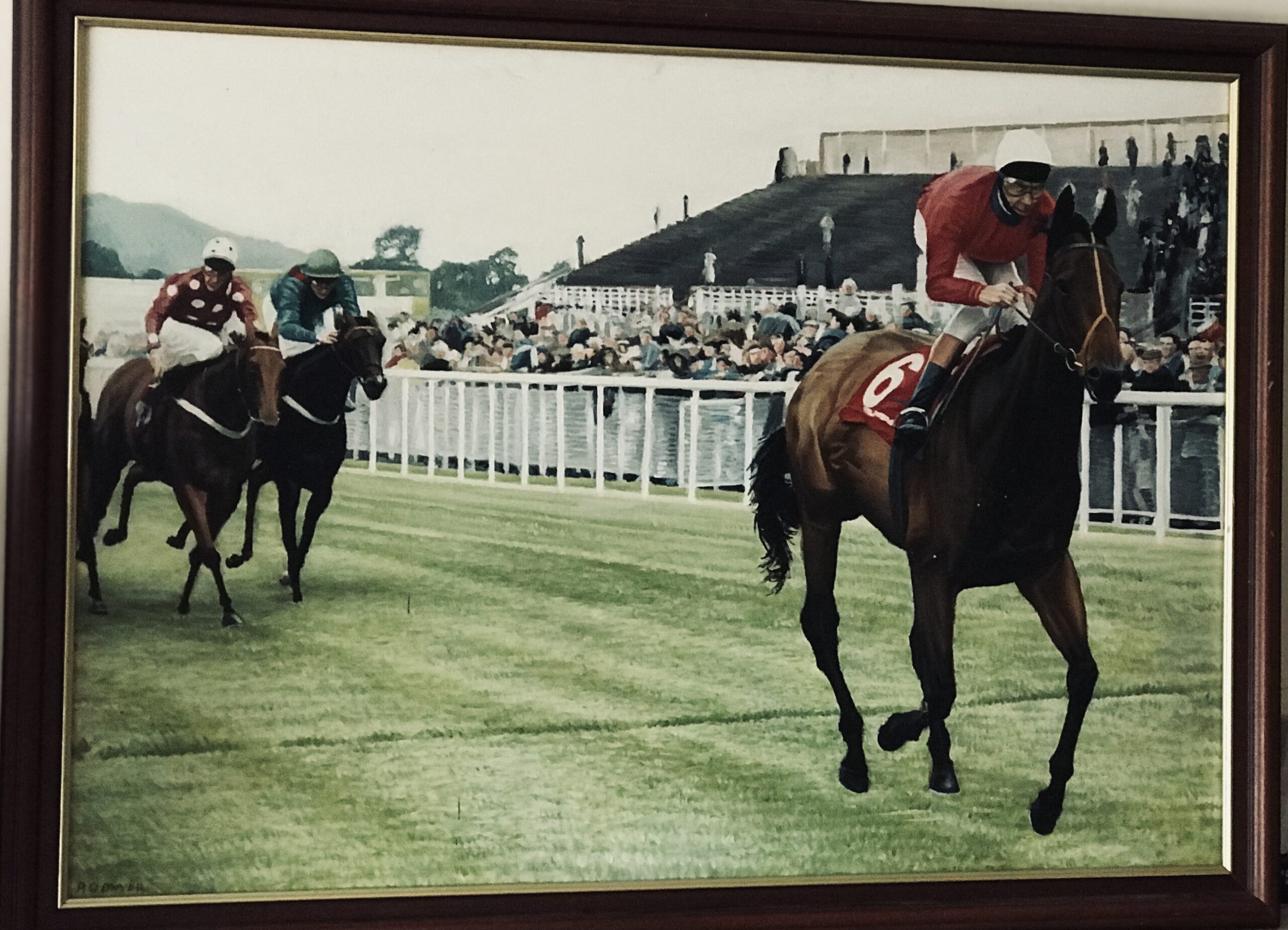 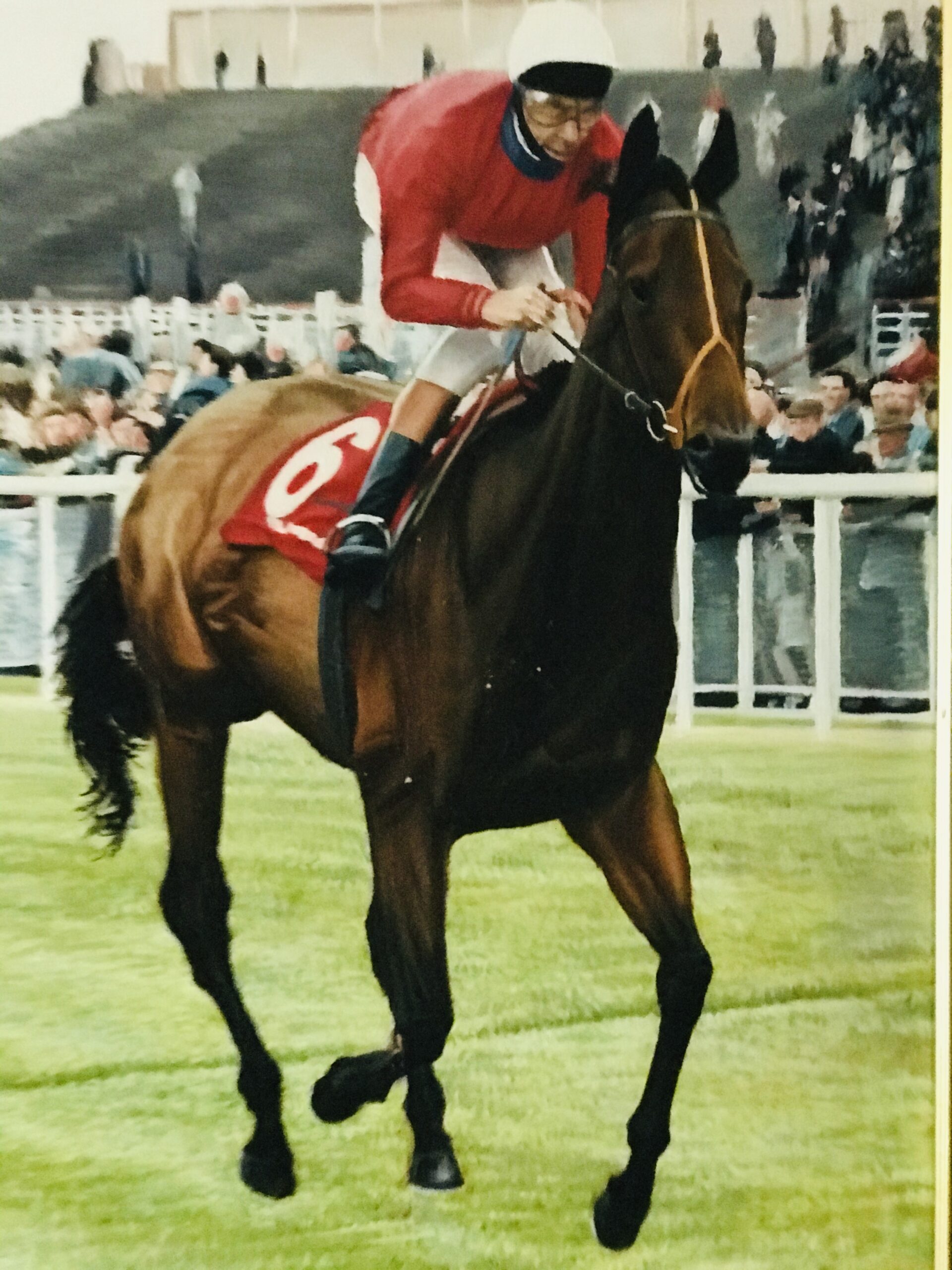 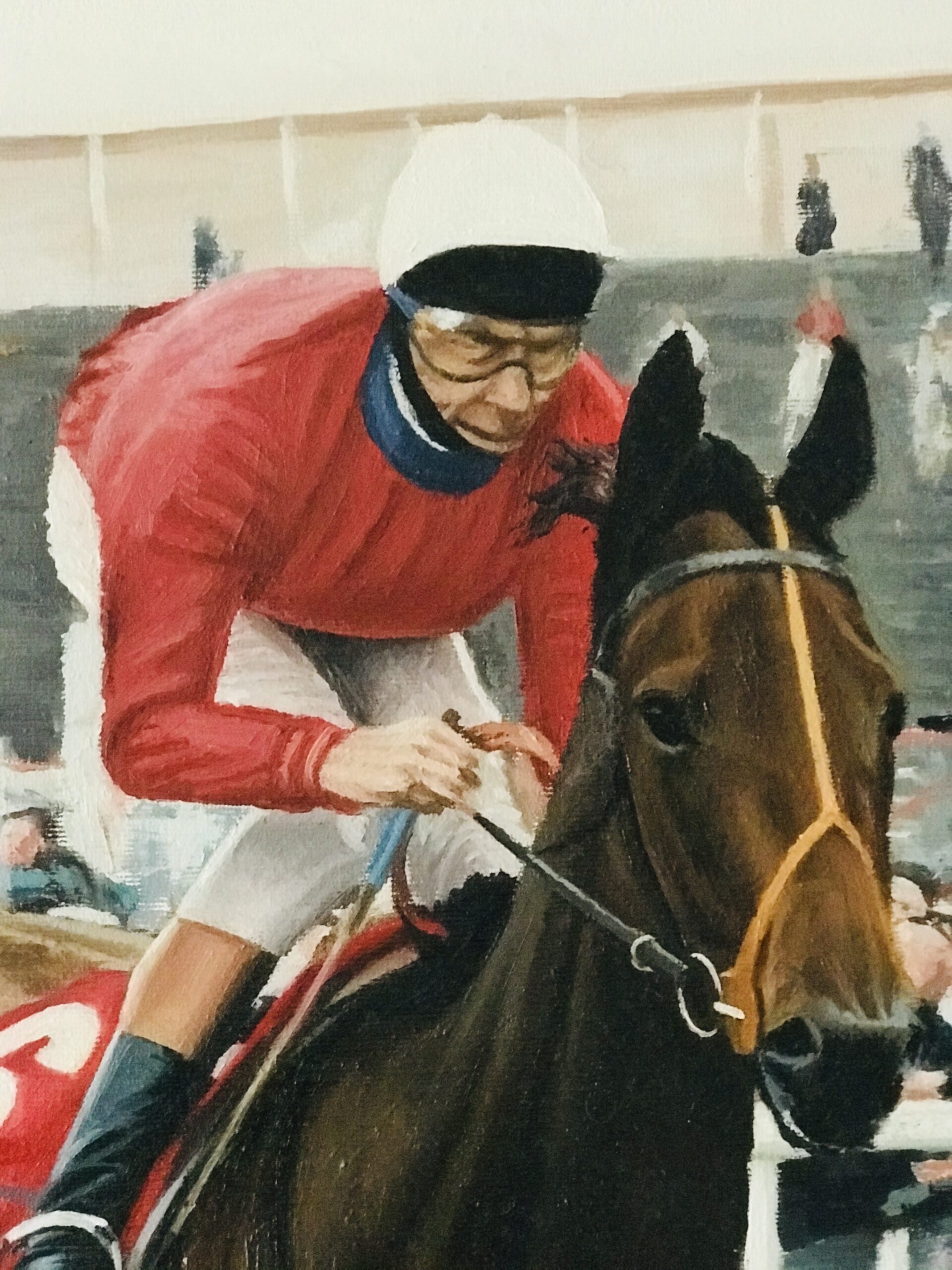 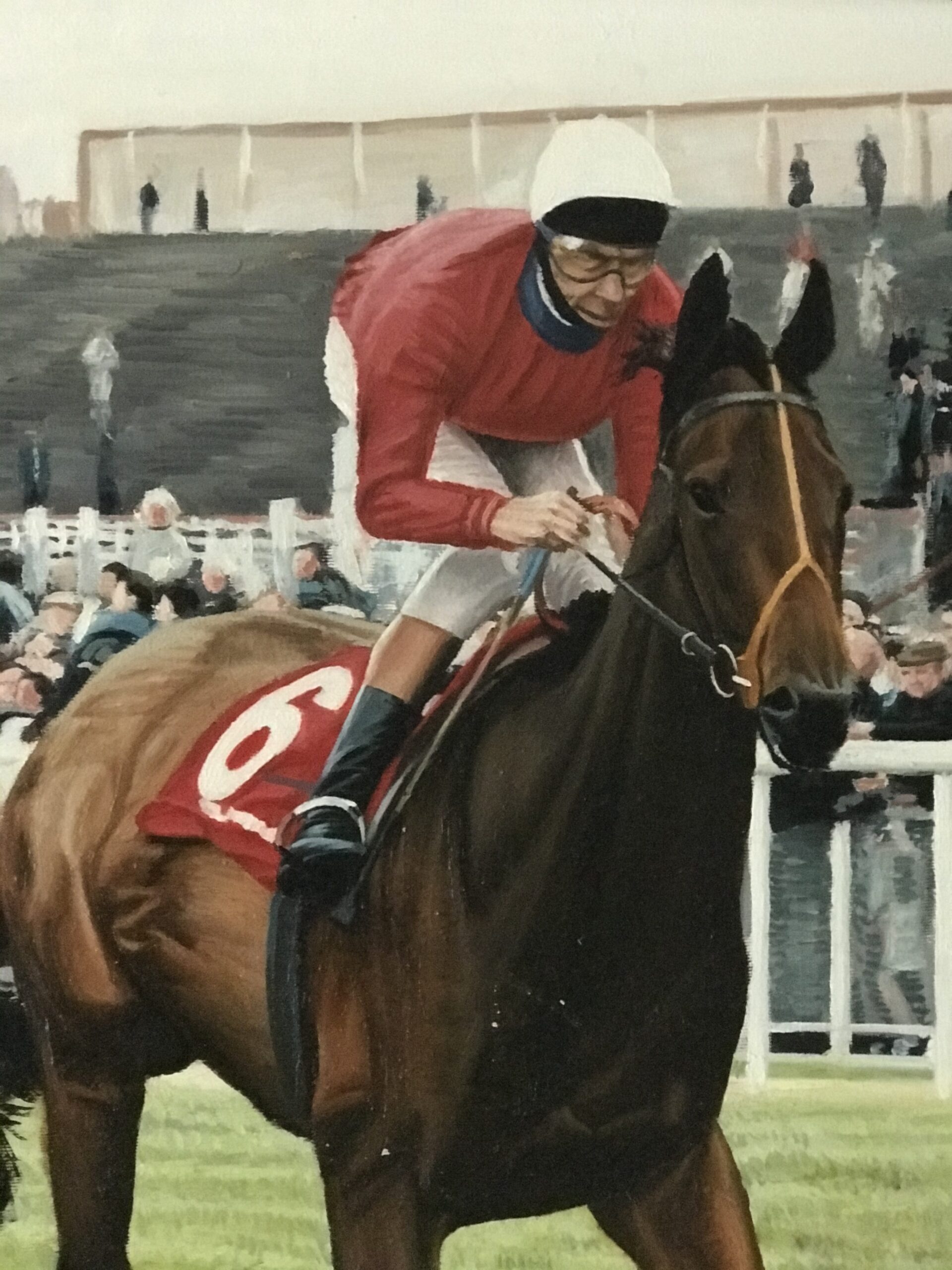 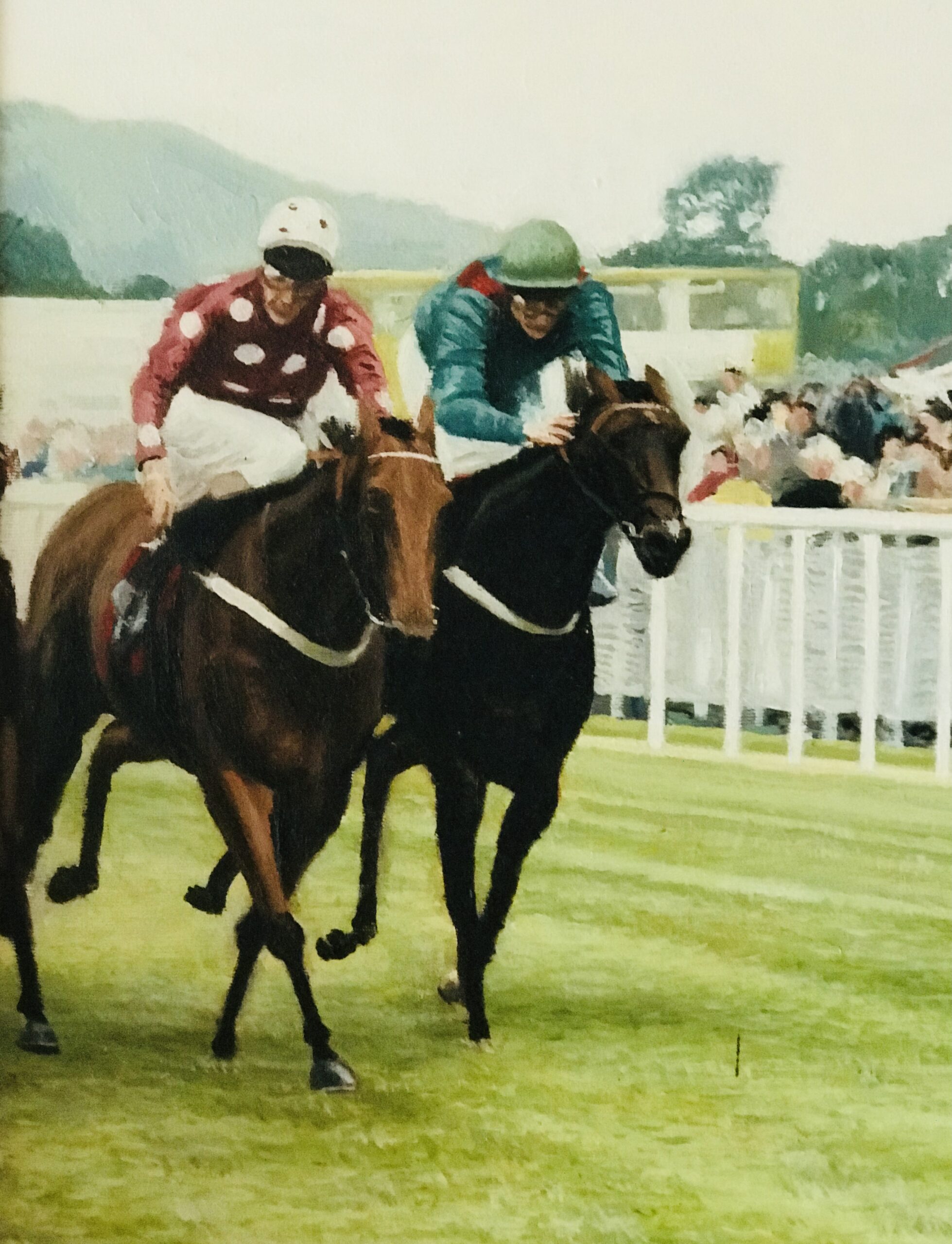 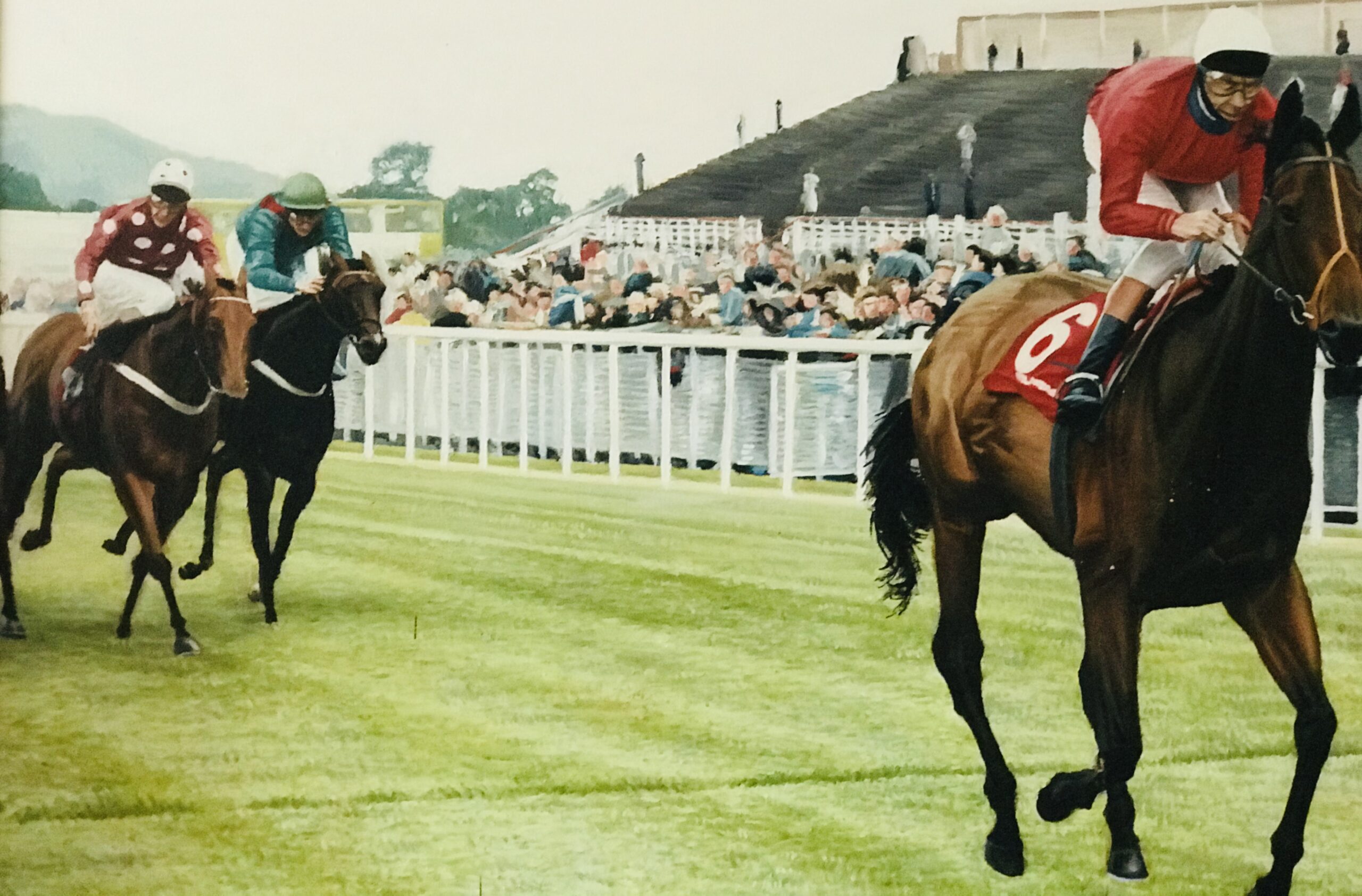