On this day in 1963 JFK came to Ireland – What his historic trip meant to him and his ancestral home.

John F Kennedy photographed in 1963, the year he visited Wexford and the year he was killed.

On this day (June 25) 1963, President John F. Kennedy arrived in Ireland on an emotional trip to his ancestral home. His speech is remembered for quoting the text of a Sinéad de Valera poem.

In June 1963, just five months before his assassination in Dallas, President John F. Kennedy made his historic trip to Ireland. On his last night in Ireland Kennedy was the guest of President de Valera and his wife Sinéad. Sinéad de Valera was an accomplished Irish writer, folklorist, and poet.

During the evening she recited a poem of exile for the young president who was so impressed that he wrote it down on his place card.

Over breakfast the next day, JFK memorized the poem and recited it in his last speech at Shannon as he departed.It reads:

Then he said, “Well, I am going to come back and see Old Shannon’s face again, and I am taking, as I go back to America, all of you with me.”

Jackie Kennedy could not accompany her husband due to a difficult pregnancy with Patrick, her son who died soon after birth. Kennedy himself was suffering from physical stress and illness, a back condition and Addison’s Disease to name but -two, but the vibrant face he showed to the world in Ireland would always be the lasting impression.

Of course, he would never return to Ireland, struck down by an assassin’s bullet 53 years ago. Yet, with each passing president, the JFK legend seems to grow larger.

His popularity in America in the summer of 1963, just two and a half years into his presidency, seemed to make him a certainty for re-election. When he took his Irish trip, his approval rating was at an incredible 82 percent (Donald Trump is 45 percent at the moment; President Obama 63 percent) surpassing any president in history in a non-war situation.

Kennedy was growing in stature, having faced down the Russians over Cuba, promising a man on the moon by 1970, and completing an amazing trip to Berlin where his speech “Ich Bin Ein Berliner” inspired a generation of separated Germans to come together again some 25-years later.

Yet we will never know the full measure of the man. Two of his closest associates, Dave Powers and Kenneth O’Donnell, wrote a biography of Kennedy and entitled “Johnny We Hardly Knew You.“

The title was taken from a sign someone held up when Kennedy was driving to Co. Wexford on his visit to his homestead.

In 2013, the New Ross museum dedicated to Kennedy discovered the identity of the man holding up the sign and retrieved the sign for the museum.

As sung by the Clancy Brothers and Tommy Makem, “Johnny We Hardly Knew You” is a fierce anti-war song which portrays an old lover meeting her former lover after he had fought in the Great War and was severely injured. He is now a cripple begging on the street. Here are some of the lyrics:

“With your drums and guns and drums and guns, the enemy nearly slew ye, oh my darling dear, ye look so queer (strange). Johnny I hardly knew ye.”

Ironically, of course, John F. Kennedy would have his own life cut short, suffering horrific injuries from an assassin’s bullets just five months after the glorious Irish trip.He would never see ‘Old Shannon’s’ face again, but also he would never be forgotten by those who witnessed his visit.The emigrant and exile had returned home to a tiny country that revered and loved him. He was their stepping stone to the 21st century, but his own dreams died just months later. May he rest in peace. 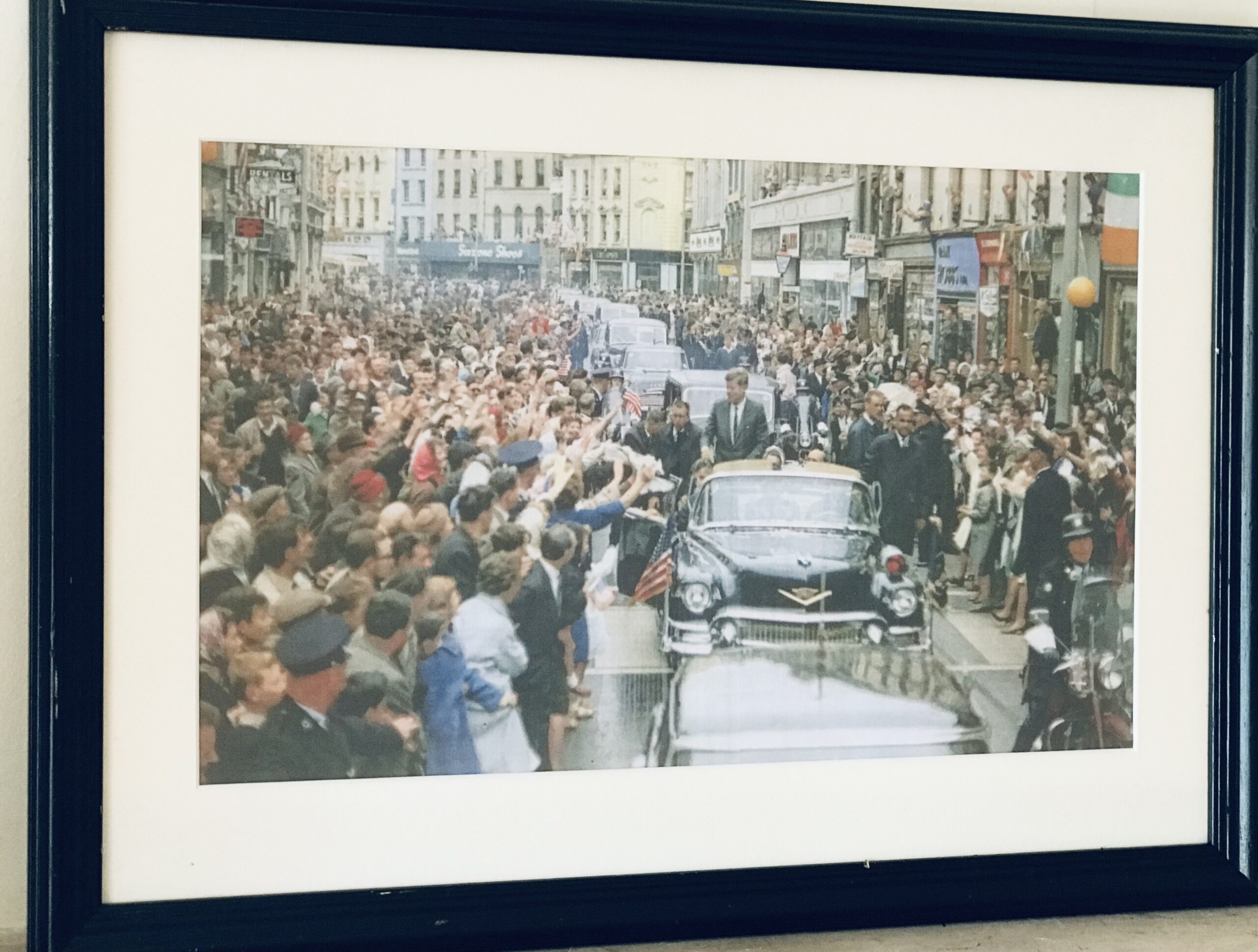 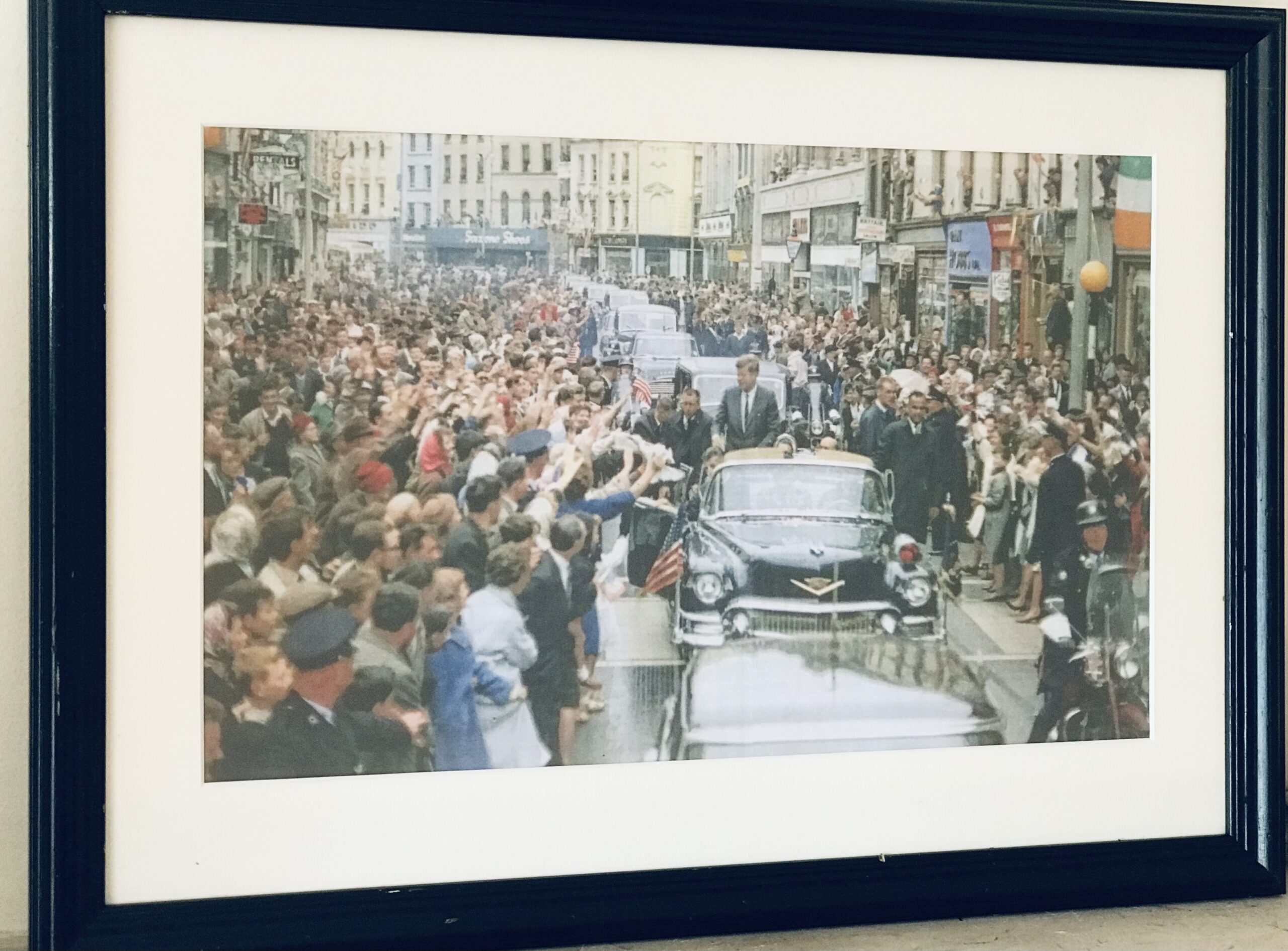 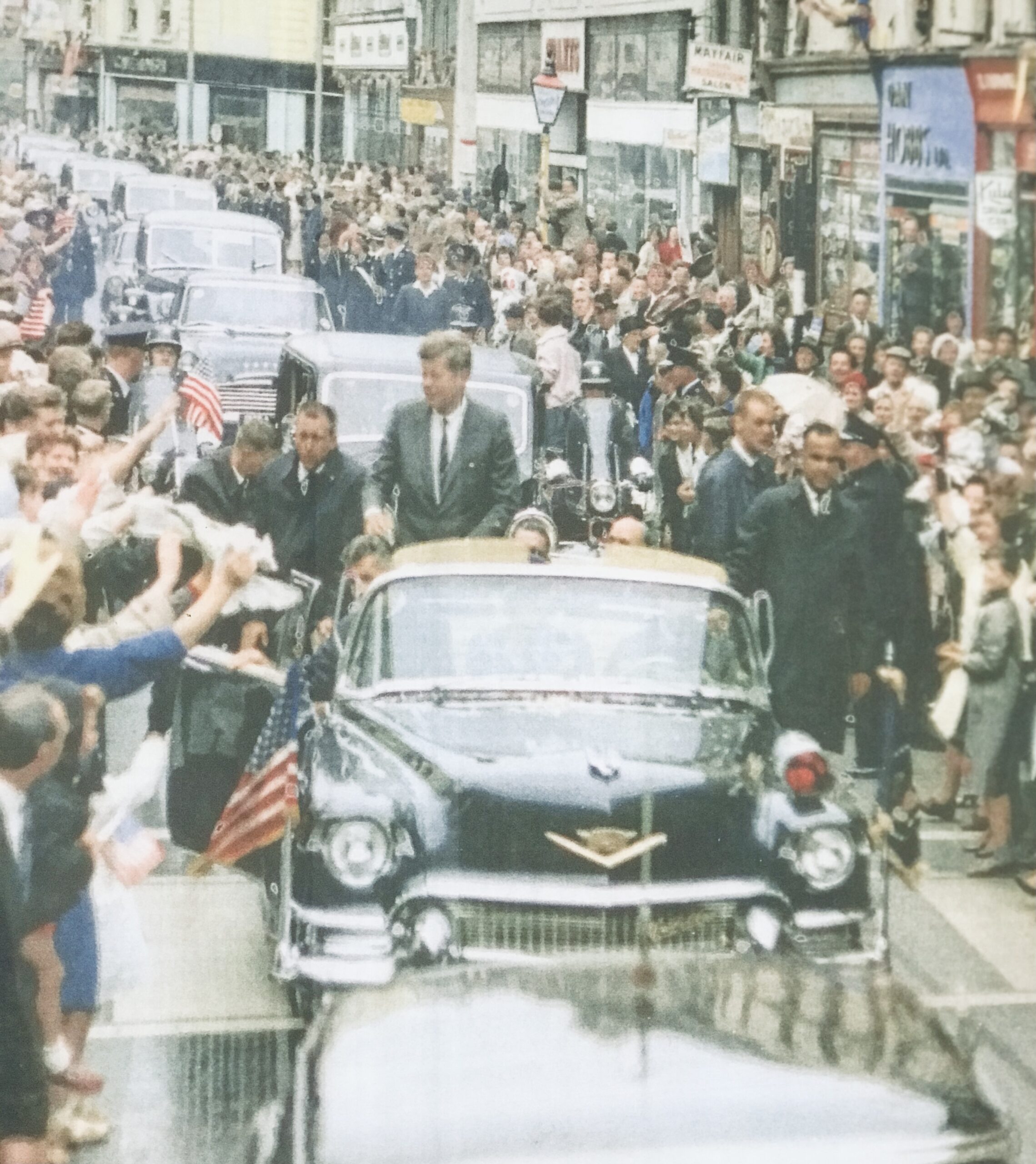 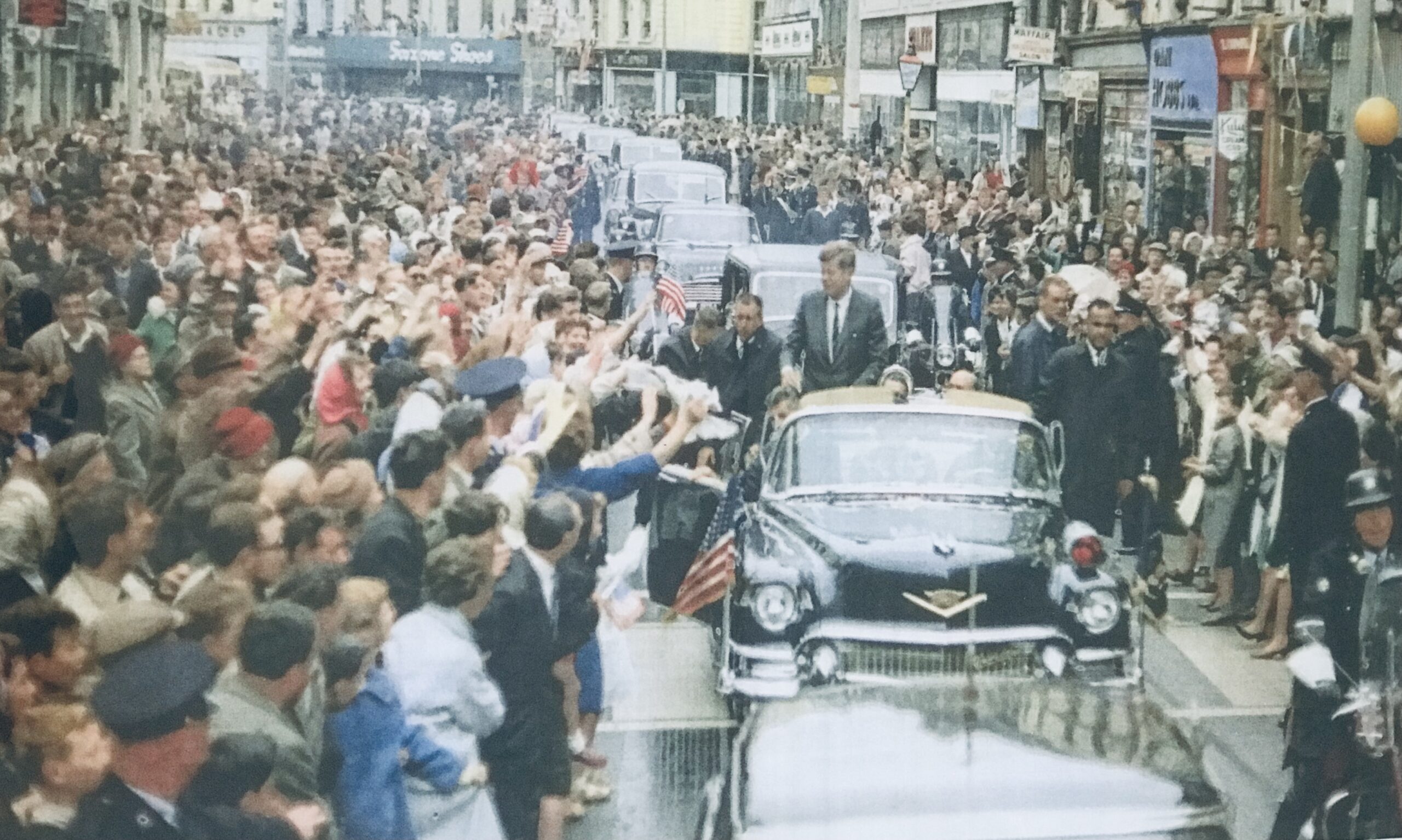