Very rare and much sought after Tullamore Dew advert featuring the greatest greyhound in racing history,Mick the Miller.Mick the Miller was bred in Co Offaly,the same county as the location of the  Tullamore Dew distillery, hence the pride on the connection.

Mick The Miller,as featured in this iconic advert, was the most famous greyhound of all time.  He was born in 1926 in the village of Killeigh, County Offaly, Ireland at Millbrook House(only 5 miles from Tullamore), the home of parish curate, Fr Martin Brophy. When he was born Mick was the runt of the litter but Michael Greene, who worked for Fr Brophy, singled  the little pup out as a future champion and insisted that he be  allowed to rear him. With constant attention and regular exercise Mick The Miller developed into a racing machine. His first forays were on local coursing fields where he had some success but he showed his real talent on the track where he won 15 of his first 20 races.

In 1929 Fr Brophy decided to try Mick in English Greyhound Derby at White City, London. On his first trial-run, Mick equalled the  track record. Then, in his first heat, he broke the world record, becoming the first greyhound ever to run 525 yards in under 30 seconds. Fr Brophy was inundated with offers and sold him to Albert Williams. Mick  went on to win the 1929 Derby. Within a year he had changed hands again to Arundel H Kempton and won the Derby for a second time.

Over the course of his English career he won 36 of his 48 races, including the  Derby (twice), the St Leger, the Cesarewitch, and the Welsh Derby.  He set six new world records and two new track records.  He was the first greyhound to win  19 races in a row. Several of his records went unbroken for over 40 years. He won, in total, almost £10,000 in prizemoney. But he also became the poster-dog for greyhound racing. He was a celebrity on a par with any sports person, muscisian or moviestar. The more famous he became, the more he attracted people to greyhound racing.  Thousands thronged to watch him, providing a huge boost to the sport. It is said that he actually saved the sport of greyhound racing.

After retirement to stud his popularity continued.  He starred in the film Wild Boy (based on his life-story) in 1934 which was shown in cinemas all across the UK. He was in huge demand on the celebrity circuit, opening shops, attending big races and even rubbing shoulder with royalty (such as the King and Queen) at charity events. When he died in 1939 aged 12, his owner donated his body to the British Natural History Museum in London. And Mick`s fame has continued ever since. In 1981 he was inducted into the American Hall of Fame (International Section). In 1990 English author Michael Tanner published a book, Mick The Miller – Sporting Icon Of the Depression. And in 2011 the people of Killeigh erected a monument on the village green to honour their most famous son.  Mick The Miller is not just the most famous greyhound of all time but one of the most loved dogs that has ever lived. 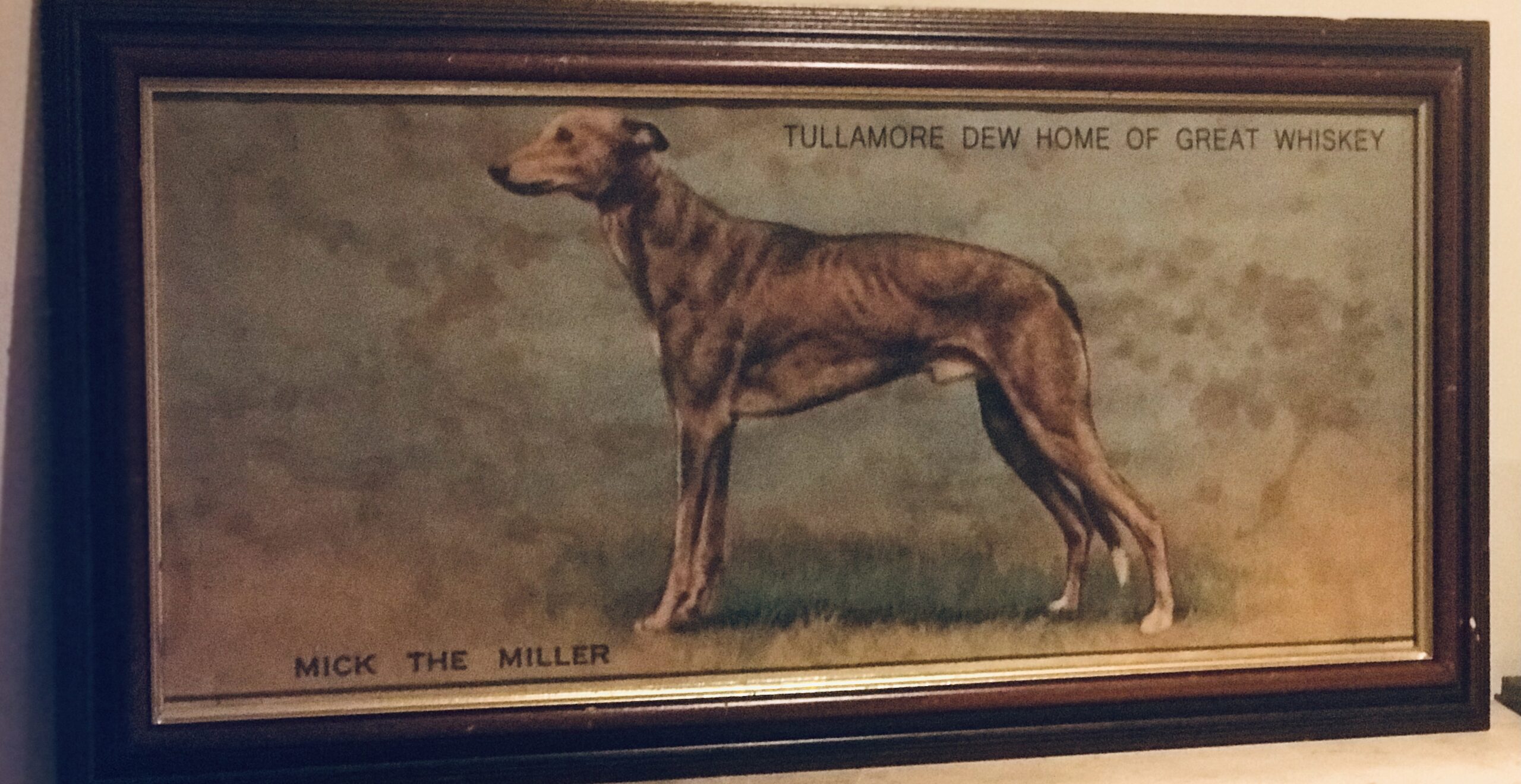 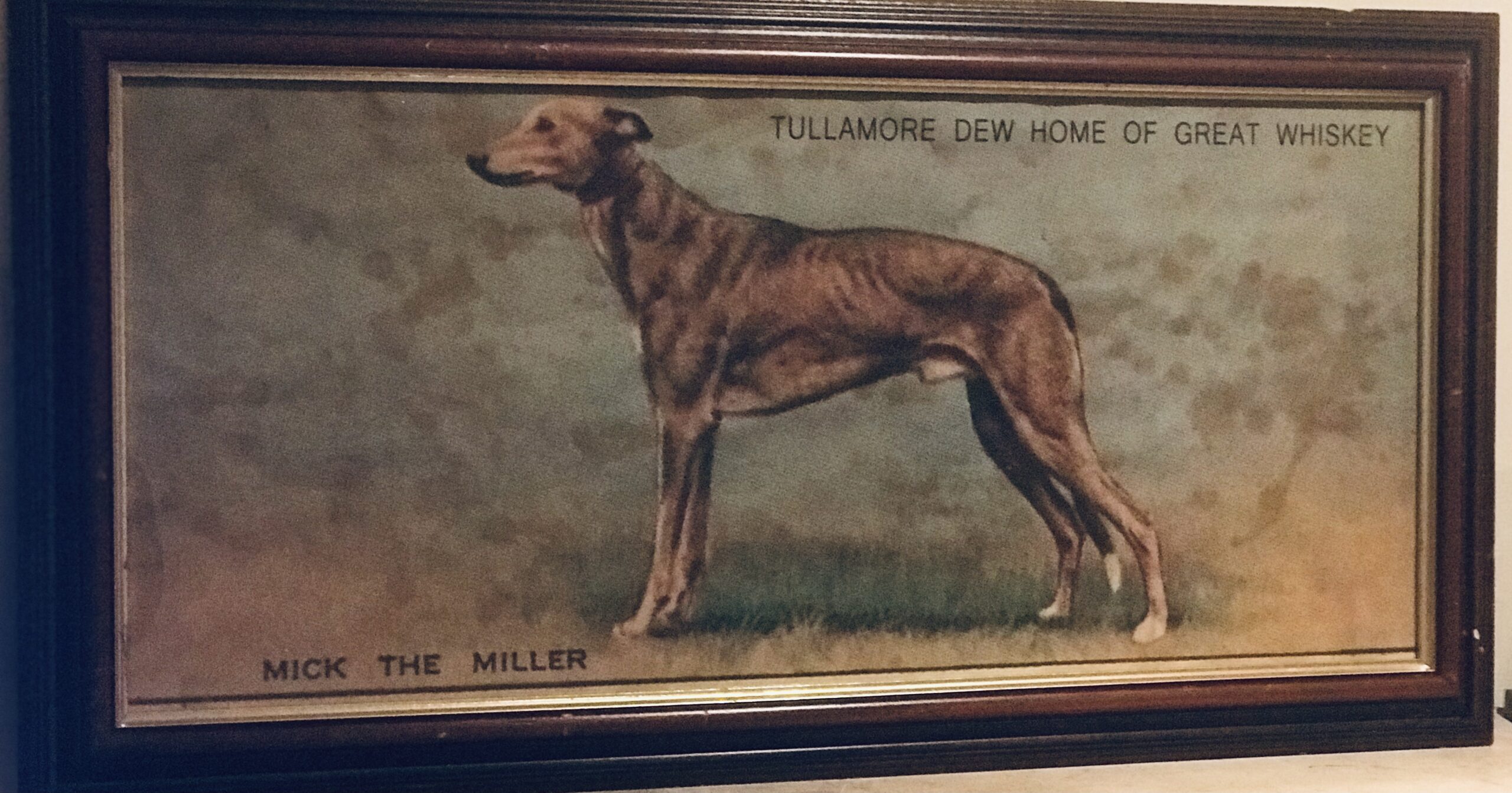 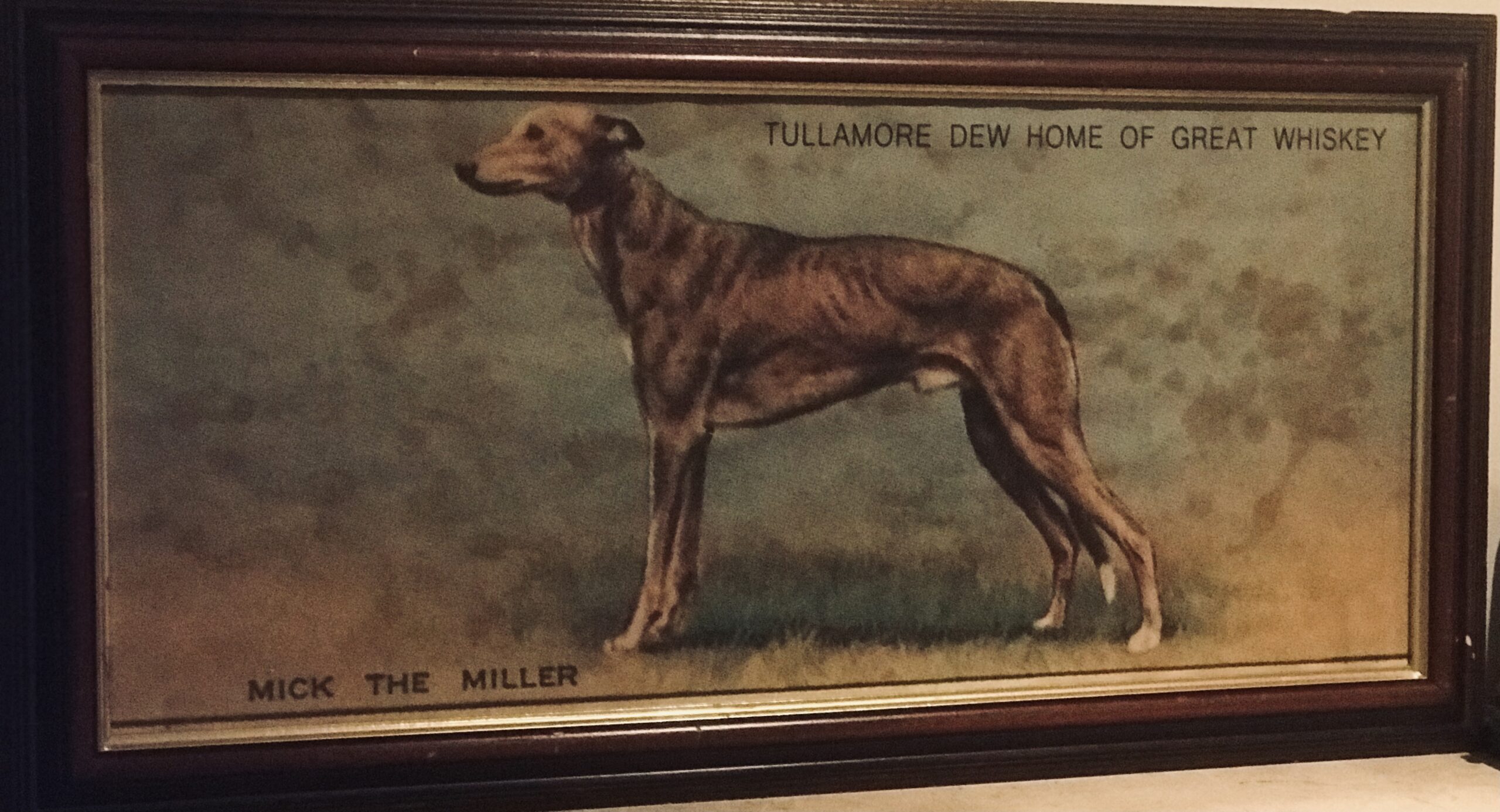 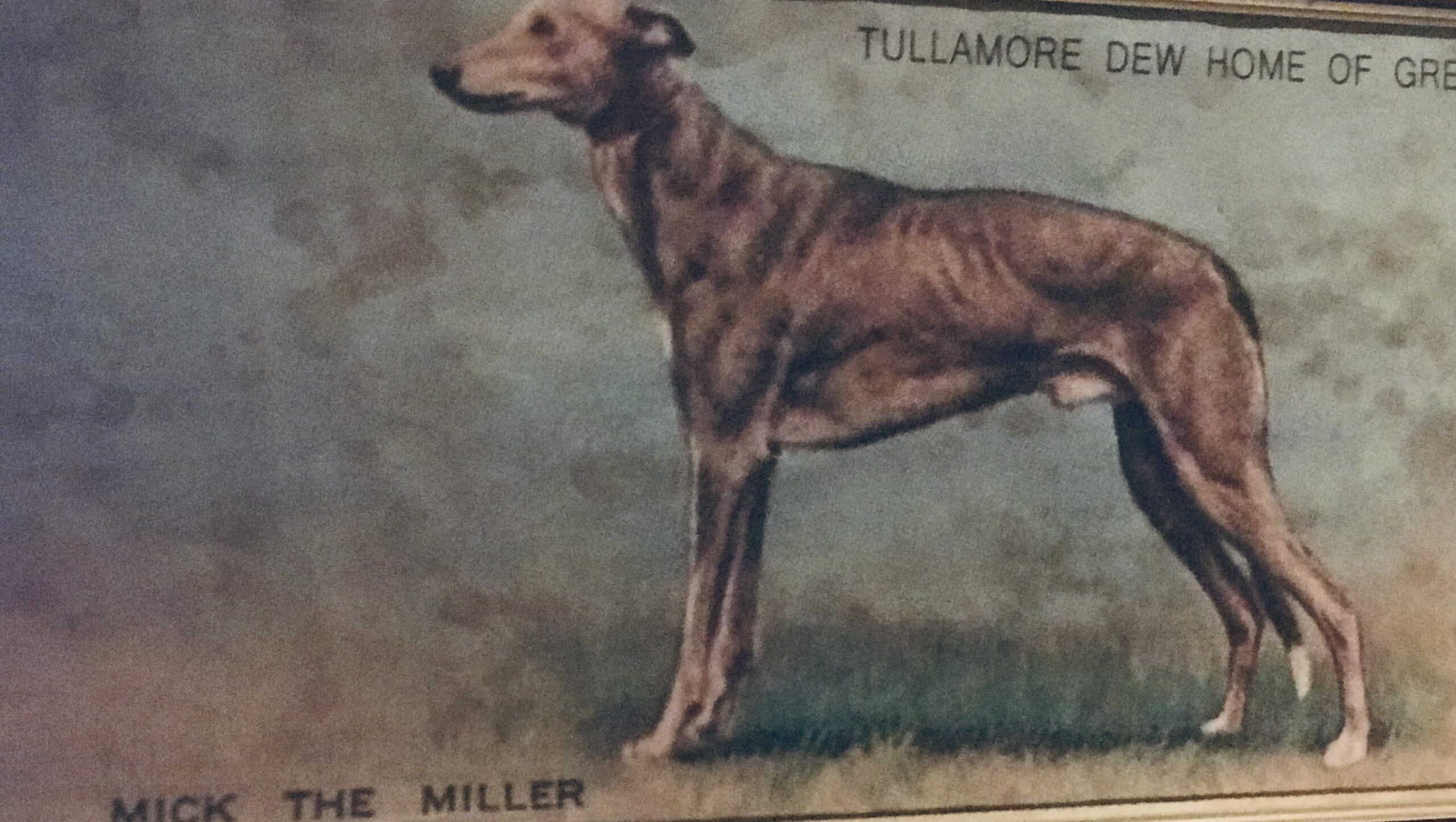 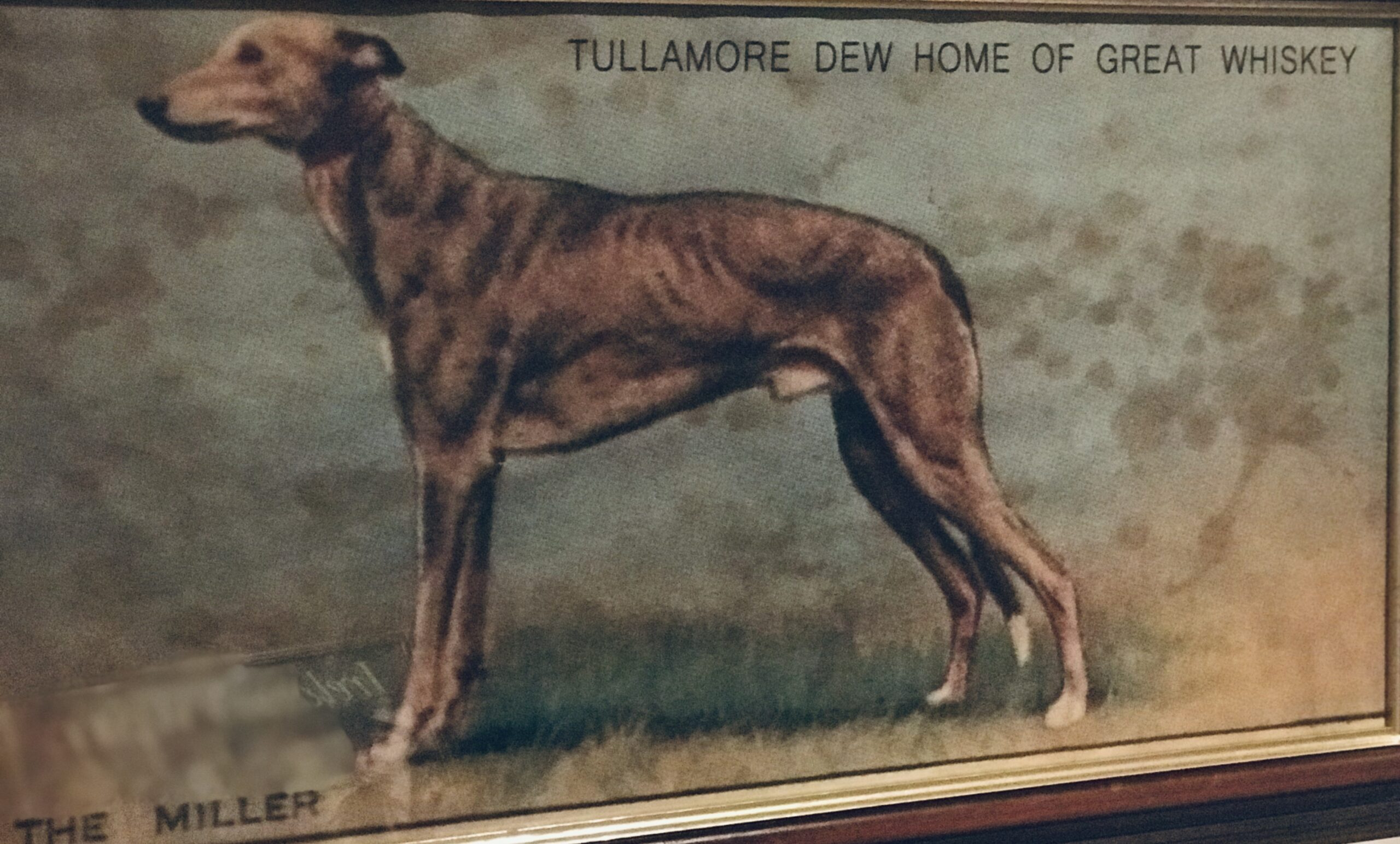 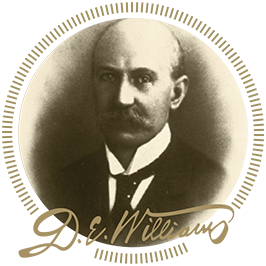 Daniel E Williams -the creator of Tullamore Dew,a self made man who worked his way up from being the stable boy at the distillery becoming the owner.He created a a whiskey so distinctive and character filled ,it could only be stamped with his initials D.E.W