Marvellous photograph taken from the 1970s in a bar in Ballylongford Co Kerry as the locals celebrate the return of the magnificent Sam Maguire trophy,presenred to the winners of the All Ireland Football Championship every year.

The Sam Maguire Cup, often referred to as Sam or The Sam (Irish: Corn Sam Mhic Uidhir), is a trophy awarded annually by the Gaelic Athletic Association (GAA) to the team that wins the All-Ireland Senior Football Championship, the main competition in the medieval sport of Gaelic football. The Sam Maguire Cup was first presented to the winners of the 1928 All-Ireland Senior Football Championship Final. The original 1920s trophy was retired in the 1980s, with a new identical trophy awarded annually since 1988.

The GAA organises the series of games, which are played during the summer months. The All-Ireland Football Final was traditionally played on the third or fourth Sunday in September at Croke Park in Dublin. In 2018, the GAA rescheduled its calendar and since then the fixture has been played in early September

The original Sam Maguire Cup commemorates the memory of Sam Maguire, an influential figure in the London GAA and a former footballer. A group of his friends formed a committee in Dublin under the chairmanship of Dr Pat McCartan from Carrickmore, County Tyrone, to raise funds for a permanent commemoration of his name. They decided on a cup to be presented to the GAA. The Association were proud to accept the Cup. At the time it cost £300. In today’s terms that sum is equivalent to €25,392. The commission to make it was given to Hopkins and Hopkins, a jewellers and watchmakers of O’Connell Bridge, Dublin.

The silver cup was crafted, on behalf of Hopkins and Hopkins, by the silversmith Matthew J. Staunton of D’Olier Street, Dublin. Maitiú Standun, Staunton’s son, confirmed in a letter printed in the Alive! newspaper in October 2003 that his father had indeed made the original Sam Maguire Cup back in 1928.

Matthew J. Staunton (1888–1966) came from a long line of silversmiths going back to the Huguenots, who brought their skills to Ireland in the 1600s. Matt, as he was known to his friends, served his time in the renowned Dublin silversmiths, Edmond Johnson Ltd, where the Liam MacCarthy Hurling Cup was made in 1921.

The 1928 Sam Maguire Cup is a faithful model of the Ardagh Chalice. The bowl was not spun on a spinning lathe but hand-beaten from a single flat piece of silver. Even though it is highly polished, multiple hammer marks are still visible today, indicating the manufacturing process.

The original trophy was retired in 1988 as it had received some damage over the years. It is permanently on display in the GAA Museum at Croke Park.

The GAA commissioned a replica from Kilkenny-based silversmith Desmond A. Byrne and the replica is the trophy that has been used ever since. The silver for the new cup was donated by Johnson Matthey Ireland at the behest of Kieran D. Eustace Managing Director, a native of Newtowncashel Co. Longford . Meath’s Joe Cassells was the first recipient of “Sam Óg”. Meath have the distinction of being the last team to lift the old Sam Maguire and the first team to lift the new one following their back-to-back victories in 1987 and 1988.

In 2010, the GAA asked the same silversmith to produce another replica of the trophy (the third Sam Maguire Cup) although this was to be used only for marketing purposes. 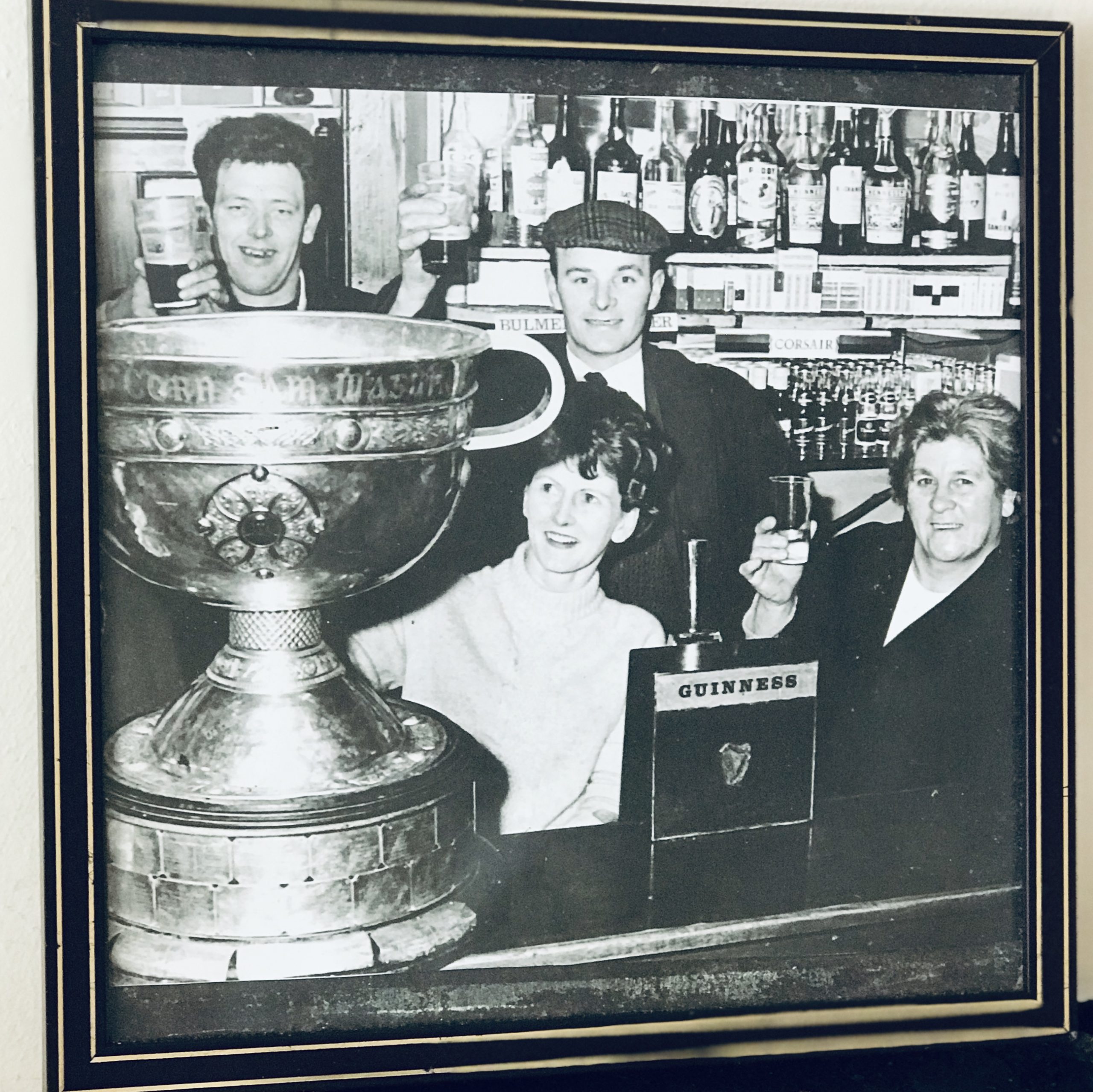 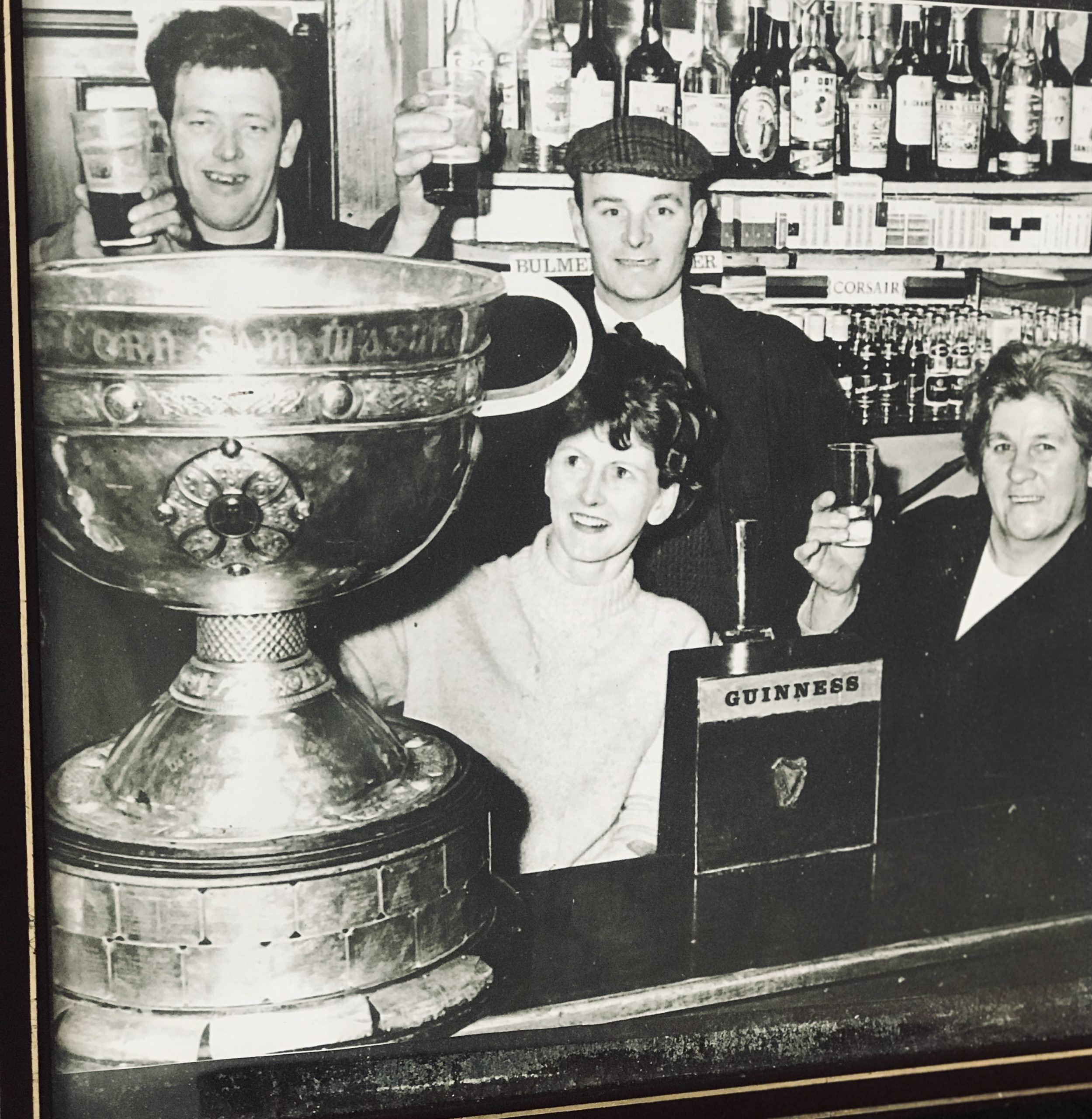 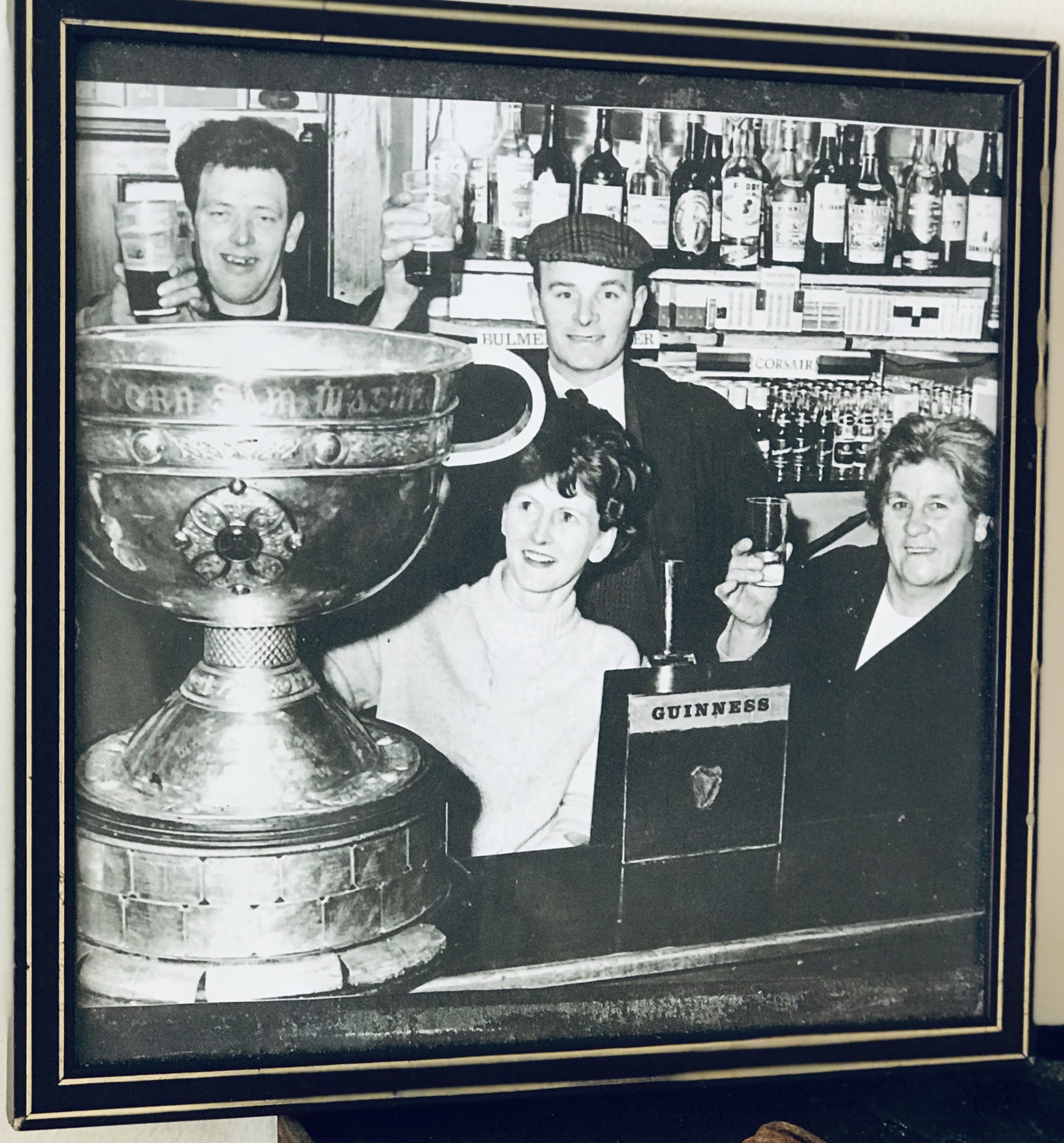