Superb Smithwicks sponsored team photograph of the 1981 All Ireland Hurling Champions -Offaly.The authenticity of this print and its worn appearance makes for an excellent addition to any GAA wall collection.

The 1981 All Ireland Hurling Final was the 94th All-Ireland Final and the culmination of the 1981 All-Ireland Senior Hurling Championship, an inter-county hurling tournament for the top teams in Ireland. The match was held at Croke Park, Dublin, on 6 September 1981, between Galway and Offaly. The reigning champions lost to their Leinster opponents, who won their first ever senior hurling title, on a score line of 2-12 to 0-15. 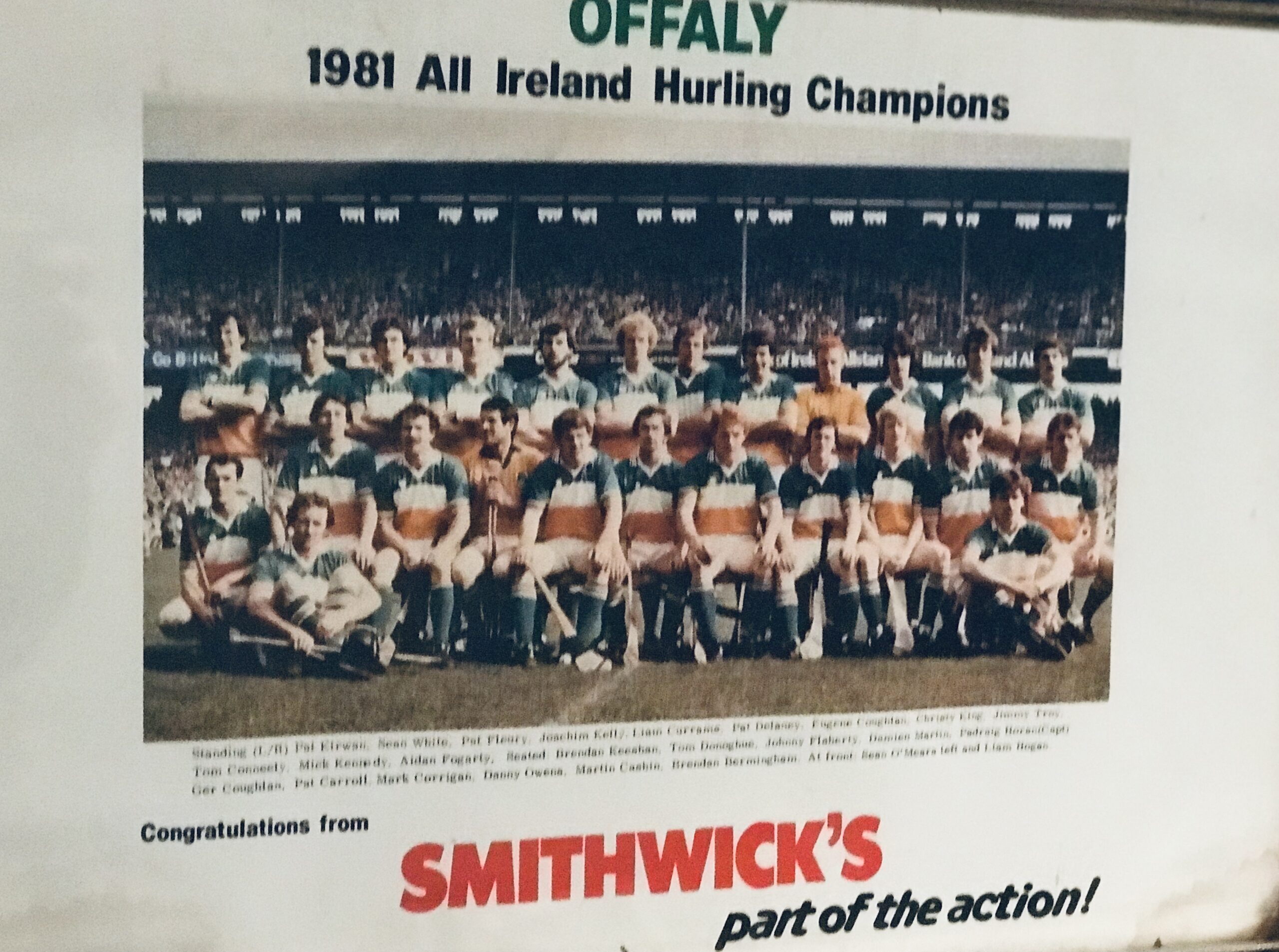 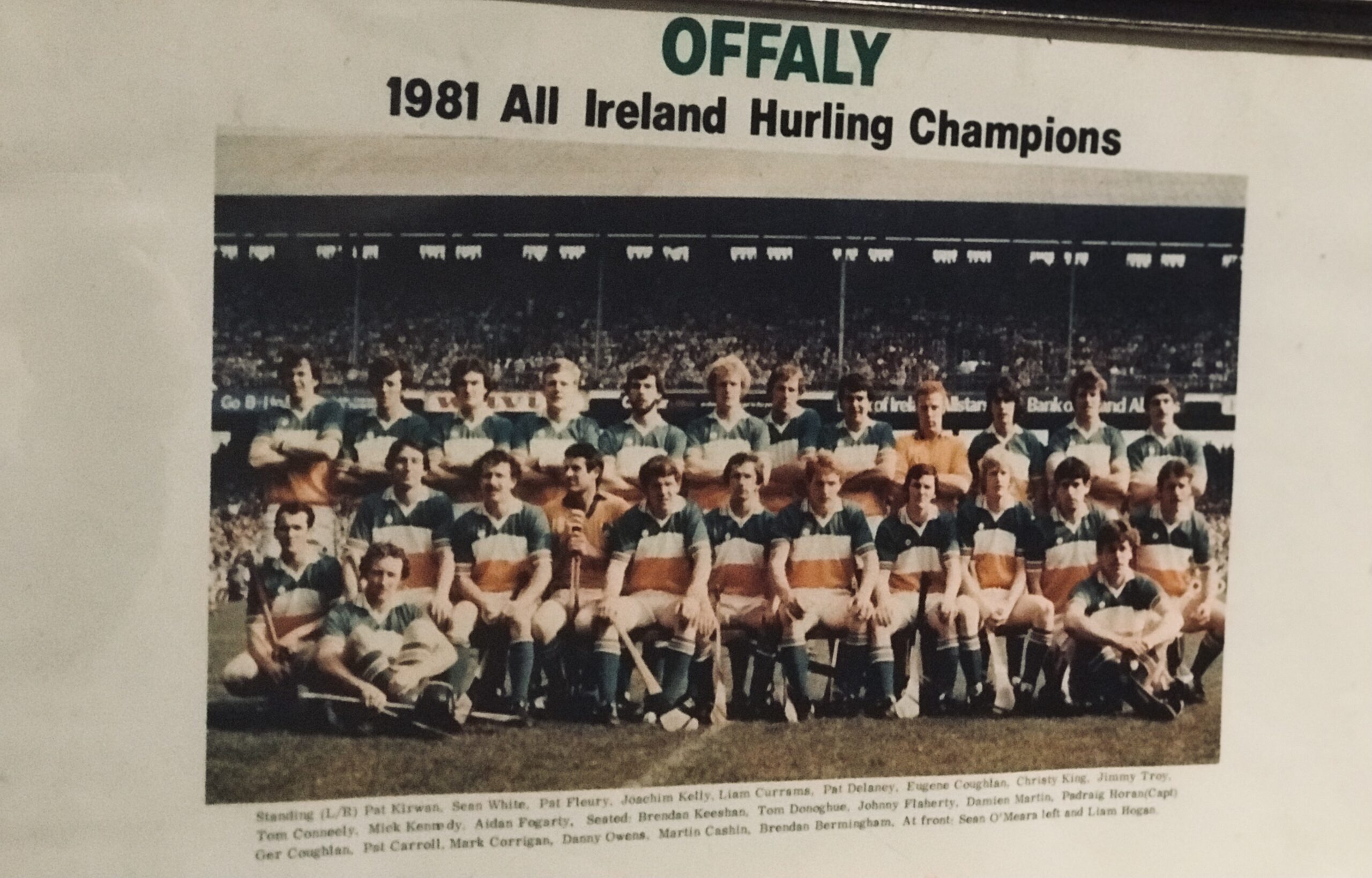 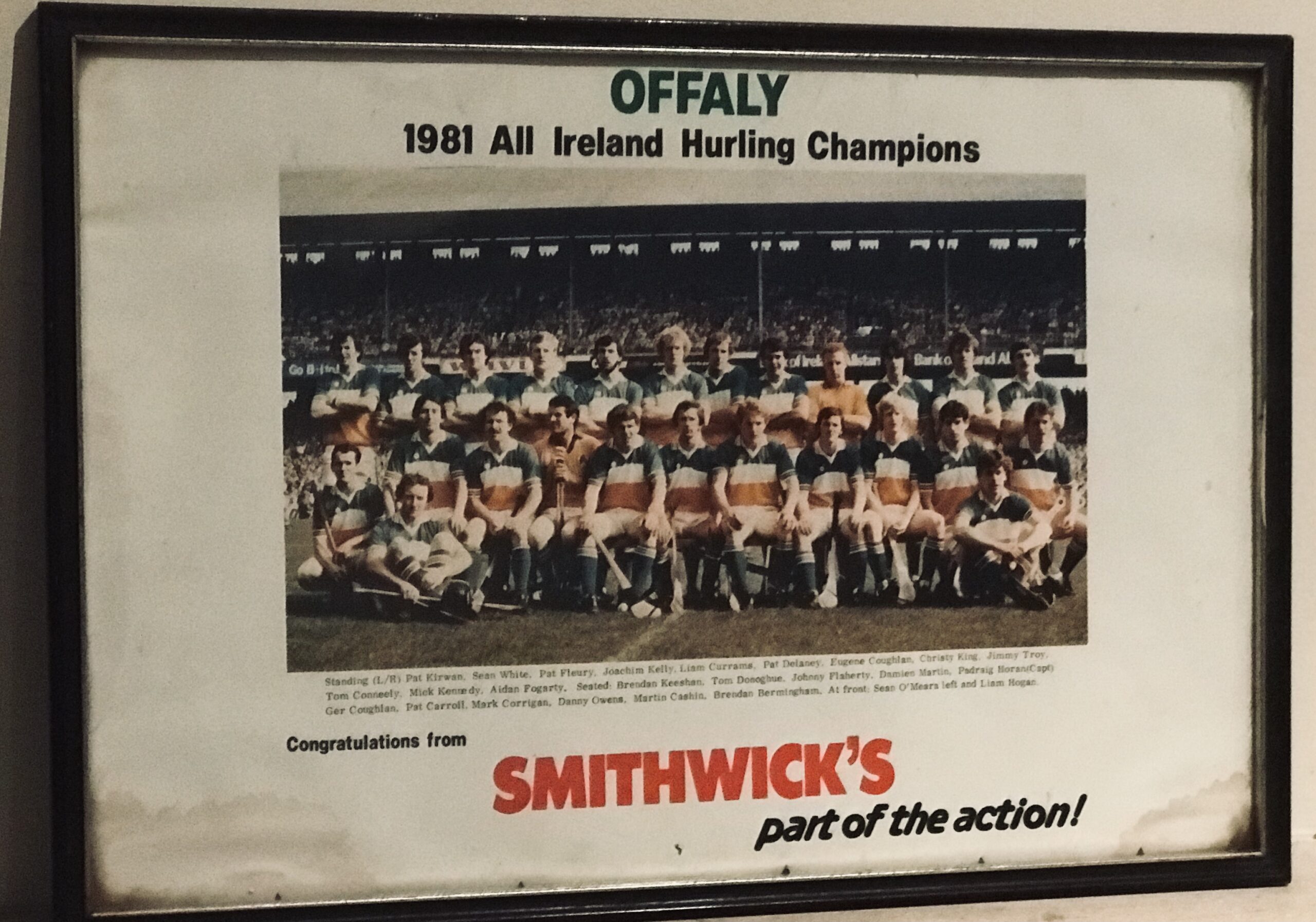 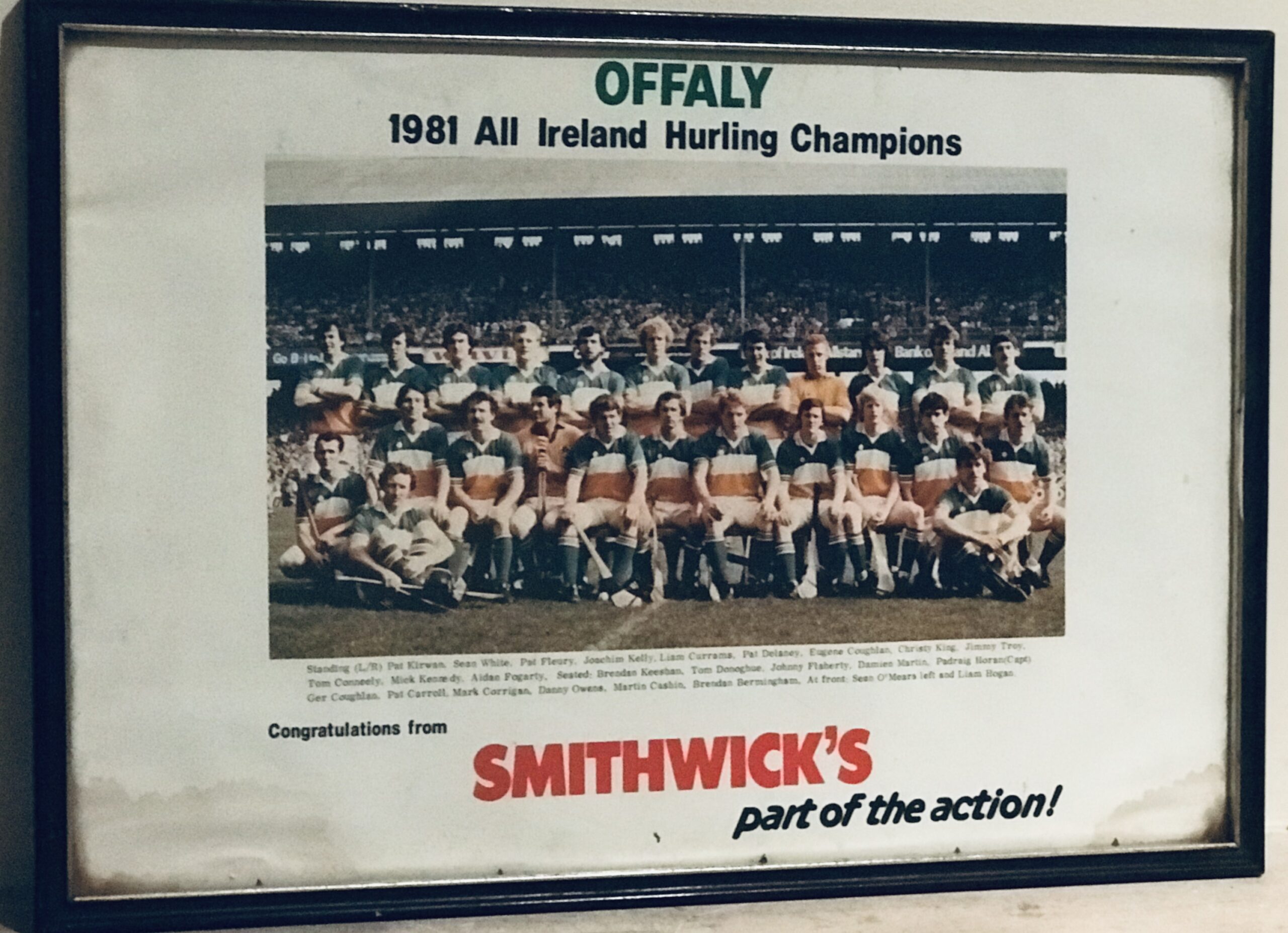