An extraordinary piece of Irish Rugby memorabilia .A team photo of the ‘Blarney Boys-Irish International Rugby XV’ taken by Jim Grier from Granard Co Longford,who was an RAF pilot incarcerated in Stalag VIIIB Prisoner of War Camp in Lamsdorf,East Germany from 1942 to 1945.This amazing photograph was taken by the resident German Camp Photographer and presented to Jim.

Jim captained the Irish Team which was assembled during the summer of 1943 when the prisoners organised their own international rugby tournament comprising of the various nationalities incarcerated there.The Irish Team were mainly Army men.Their coach was the remarkable ‘Pop’ Press -50 years old and a Great War Veteran and Royal Marine (seen in the photo back row on left ).All teams were assigned full playing kit by their hosts with their country’s emblem emblazoned on each.

The competition was limited to 12 a side as the pitches were small.Not surprisingly ,a New Zealand team emerged victorious who competed against the Home Nations. 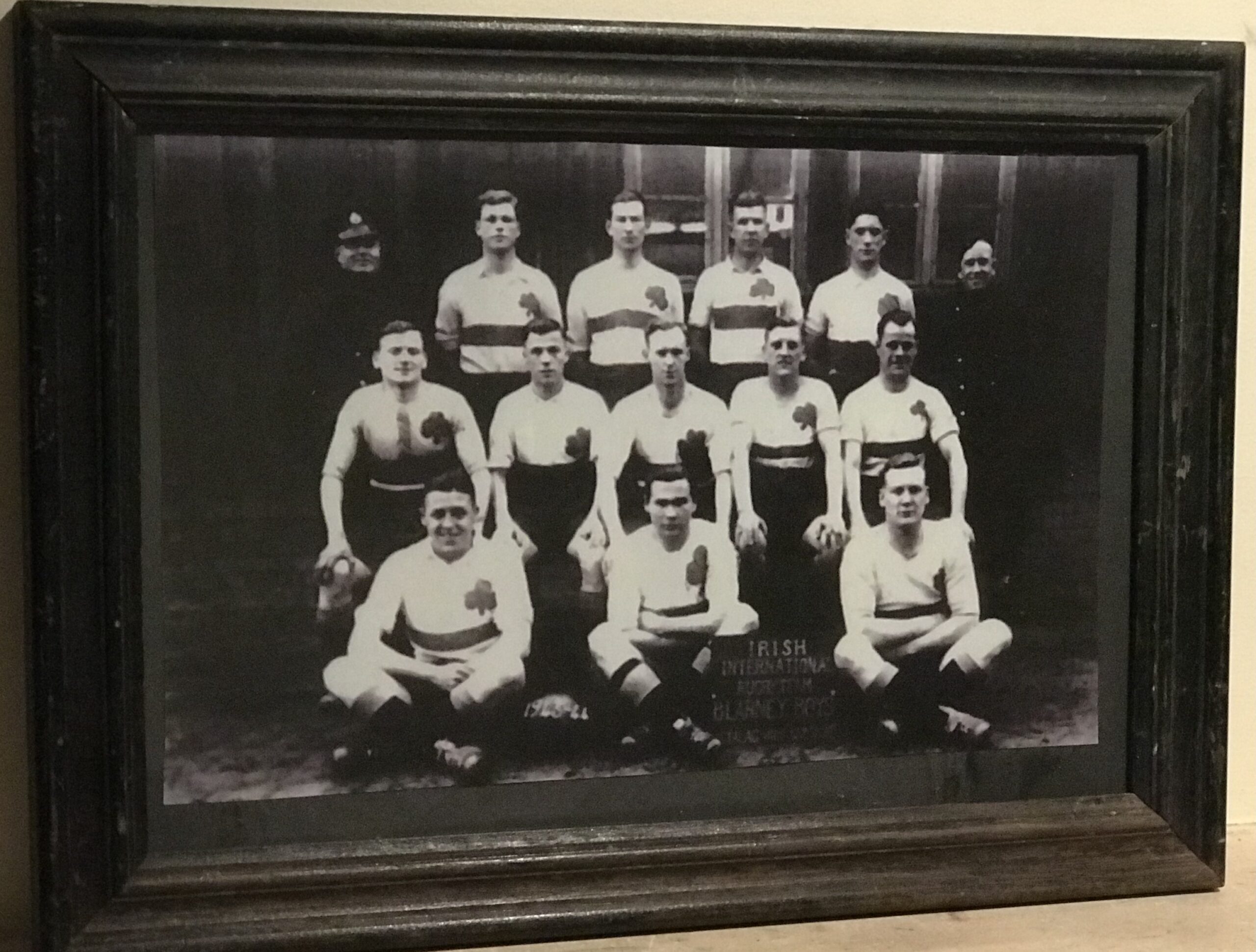 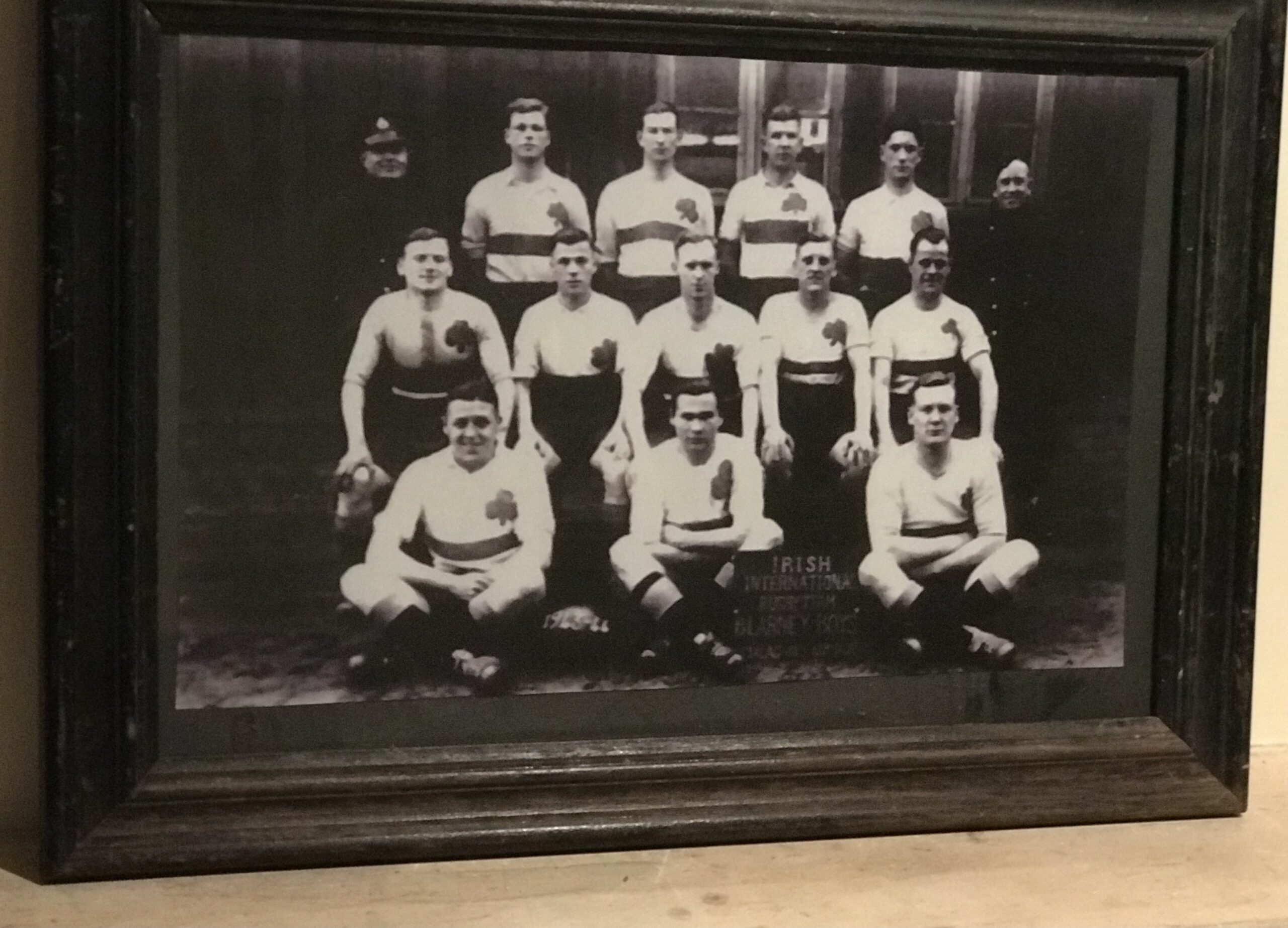 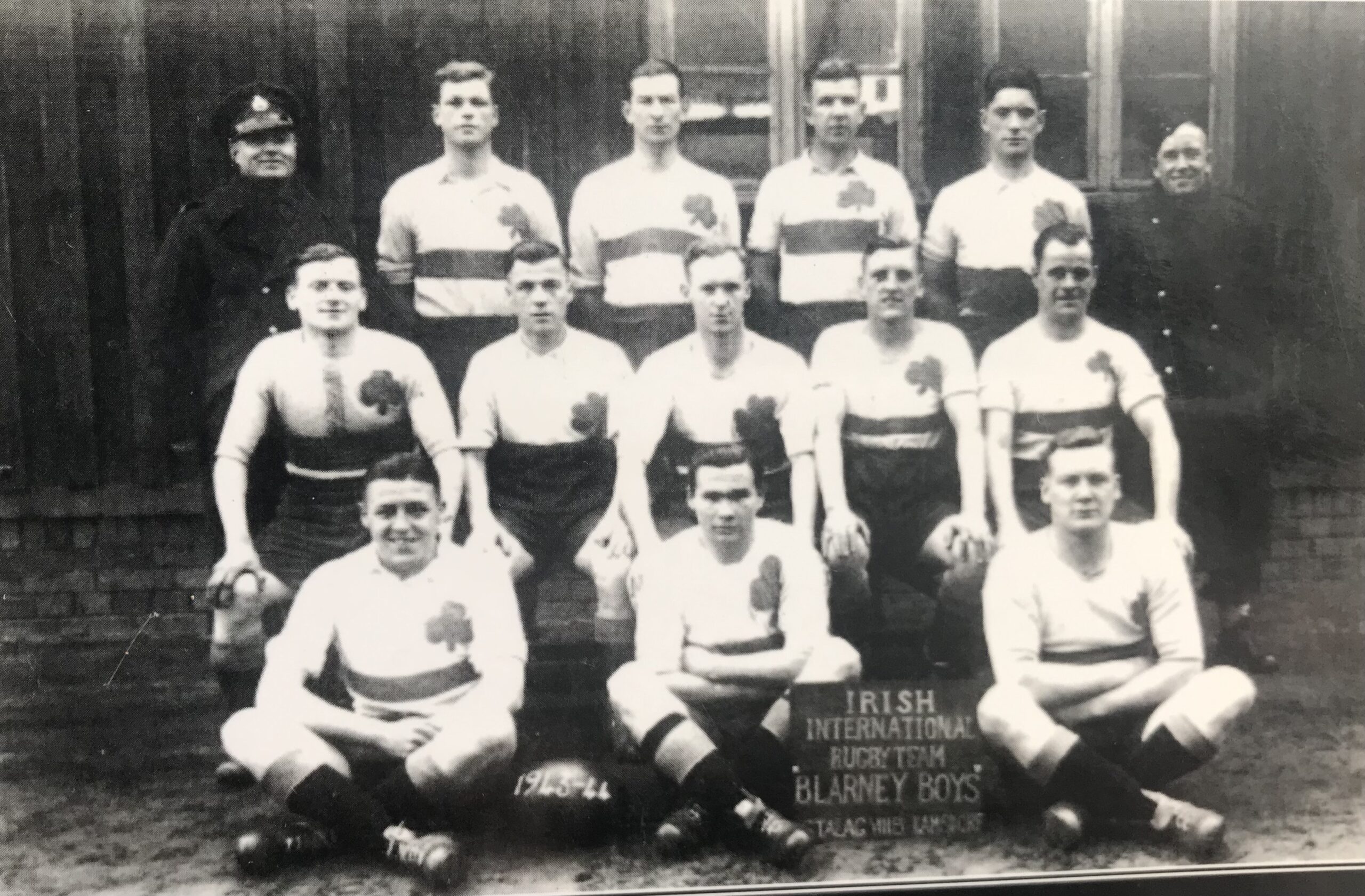 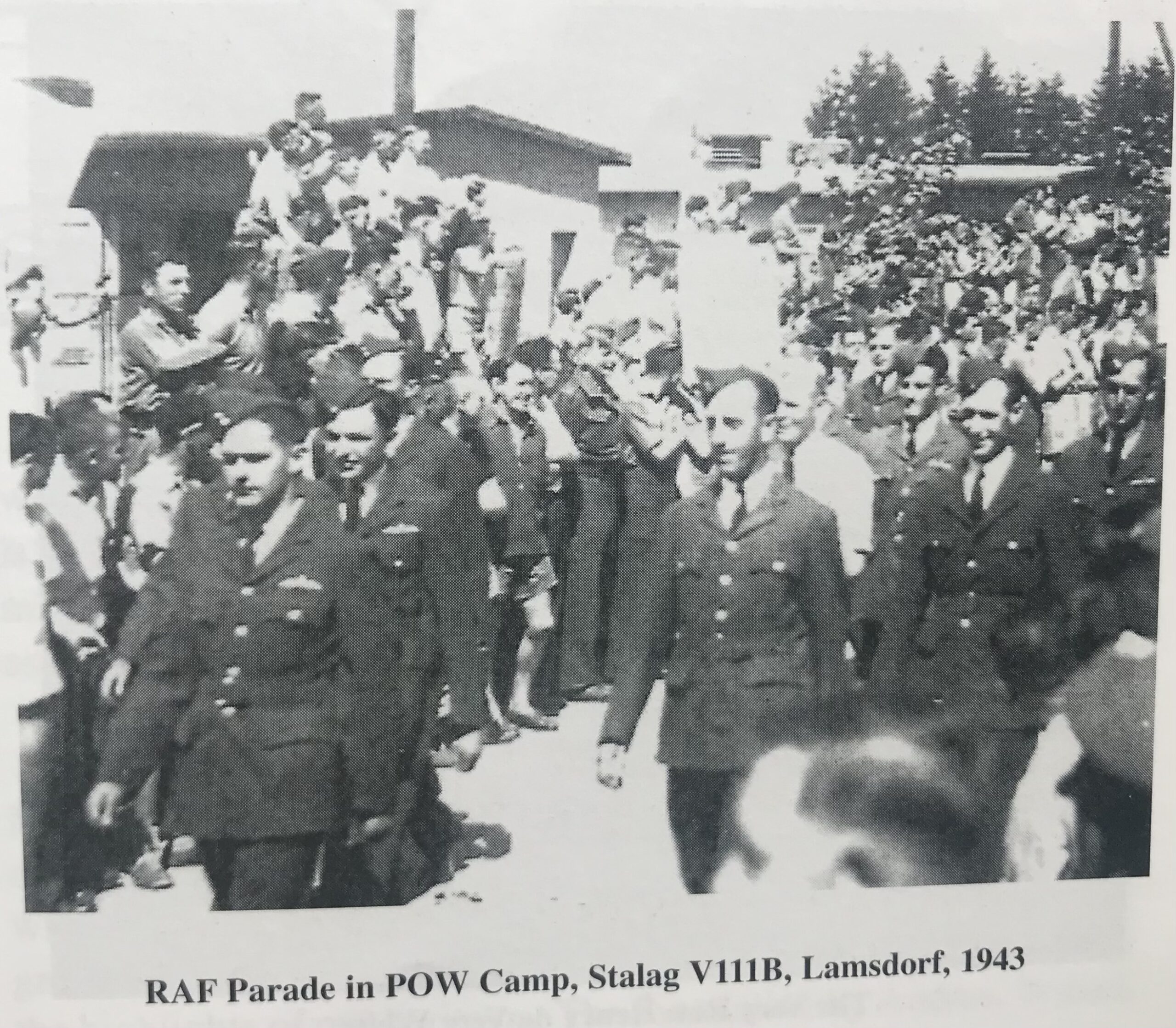 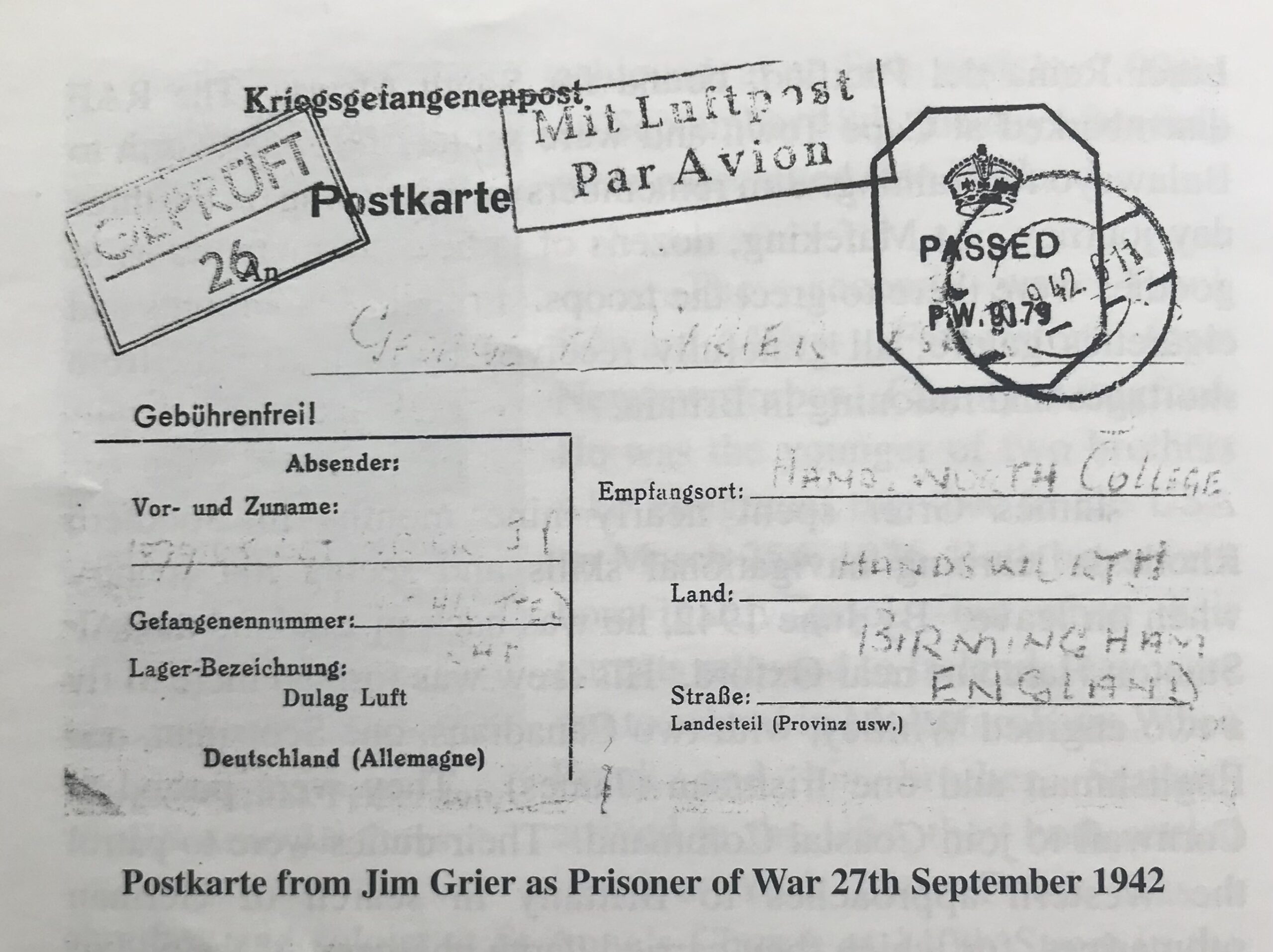 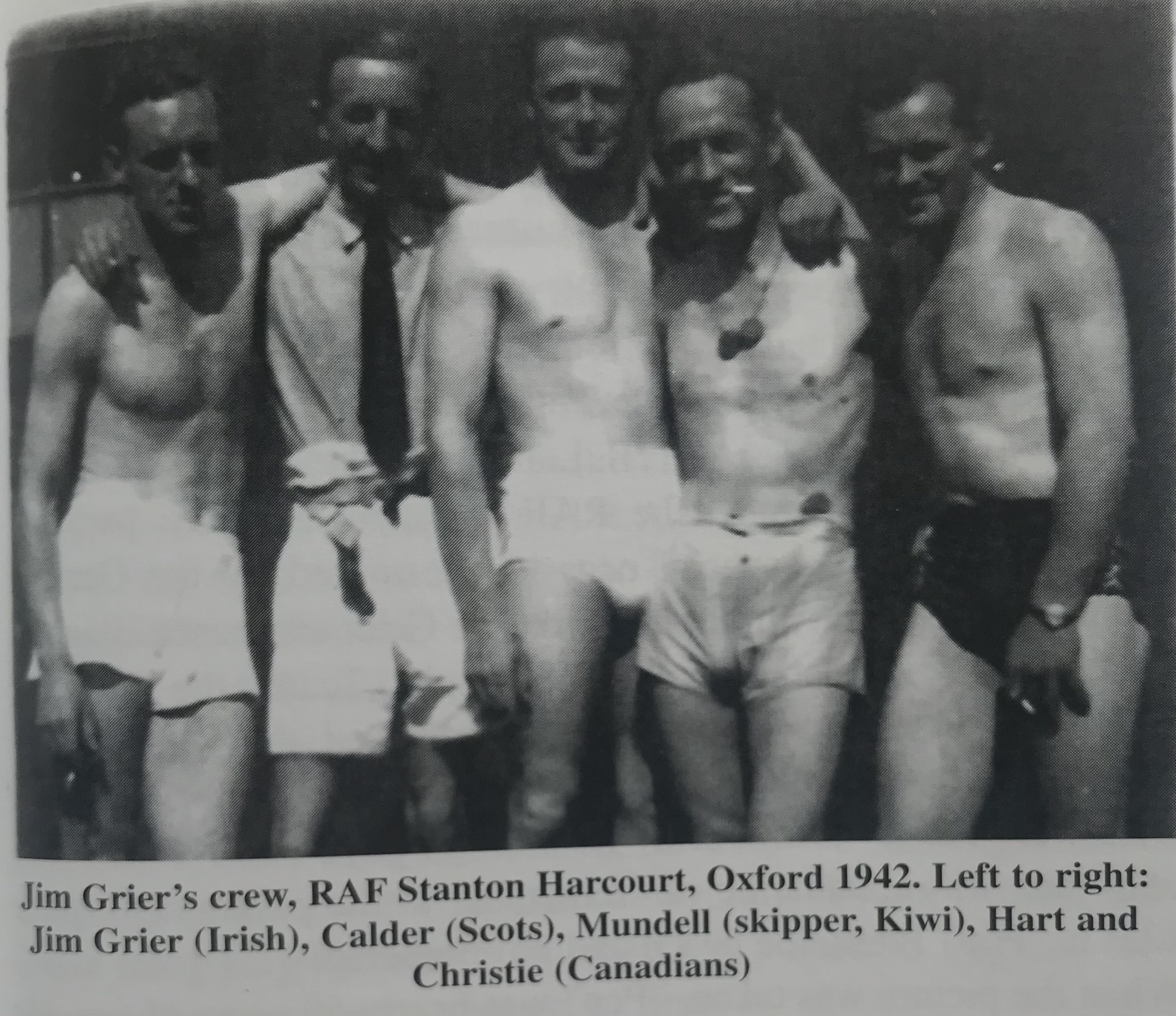