“Jimmy Doyle would have seen many things, and watched a lot of hurling, in his 76 years. But the Tipperary legend, who died last Monday, was possibly most pleased to watch the sumptuous performance of his native county, against Limerick, just the day before. Simply put, the way Tipp hurl at the moment is pure Jimmy Doyle – and no finer compliment can be paid in the Premier County.

Eamon O’Shea’s current group are all about skill, vision, élan, creativity, elegance: the very things which defined Doyle’s playing style as he terrorised defences for close on two decades. Indeed, it’s a funny irony that the Thurles Sarsfields icon, were he young today, would easily slip into the modern game, such was his impeccable technique, flair and positional sense.

There may have been “better” hurlers in history (Cork’s Christy Ring surely still stands as the greatest of all). There may even have been better Tipp hurlers – John Doyle, for example, who won more All-Irelands than his namesake. But there was hardly a more naturally gifted man to play in 125 years.

The hurling of Doyle’s heyday, by contrast with today, was rough, tough, sometimes brutal. His own Tipp team featured a full-back line so feared for taking no prisoners, they were christened (not entirely unaffectionately) “Hell’s Kitchen”.

While not quite unique, Doyle was one of a select group back then who relied less on brute force, and more on quick wrists, “sixth sense” spatial awareness, and uncanny eye-hand co-ordination to overcome.

During the 1950s and ’60s, when he was in his pomp, forwards were battered, bruised and banjaxed, with little protection from rules or referees. It speaks even more highly, then, of this small, slim man (“no bigger in stature than a jockey”, as put by Irish Independent sportswriter Vincent Hogan) that he should achieve such greatness. What, you’d wonder, might have been his limitations – if any – had he played in the modern game?

Regardless, his place in hurling’s pantheon is assured; one of a handful of players to transcend even greatness and enter some almost supernatural realm of brilliance. This week his former teammate, and fellow Tipp legend, Michael “Babs” Keating recalled how Christy Ring had once told him, “If Jimmy Doyle was as strong as you and I, nobody would ever ask who was the best.”

Like Ring, Jimmy made both the 1984 hurling Team of the Century, compiled in honour of the GAA’s Centenary, and the later Team of the Millennium. We can also throw in a slot on both Tipperary and Munster Teams of the Millennium, and being named Hurler of the Year in 1965 – and that’s just the start of one of the most glittering collections of honours in hurling history.

Six All-Ireland senior hurling titles. Nine Munster. Seven league. Ten county titles with Thurles Sarsfields. One of only four players to twice captain their county to the Liam MacCarthy Cup. One of four to have captained All-Ireland winning minor and senior teams. One of two to have won three All-Ireland minor medals. The only hurler to have played in four minor finals.

At the time of his inter-country retirement in 1973, Jimmy Doyle’s career tally of 18 goals and 176 points marked him as Tipperary’s all-time top scorer. That stood until 2007, when surpassed by Eoin Kelly, and still makes 14th place on the list, despite modern-day hurlers playing more games against more lenient defences. He’s also the third-highest scorer in All-Ireland finals, and one of a tiny group to have won senior titles in three different decades.

He was born, appropriately enough, in Thurles, birthplace of the GAA, on March 20th, 1939. He grew up just around the corner from the famed Semple Stadium, and lived in the town his whole life.

His father and uncle had won All-Irelands with Tipp, and Jimmy’s aptitude for the small-ball game was evident from an early age at Thurles CBS. Having honed his skills in the shadow of Semple, he made the Tipperary minor team aged just 14, and would later debut for the seniors at 18, one of the youngest ever (he also won a first county title with Sarsfields as a mere stripling of 16).

His first appearance at Croke Park ended in defeat to Dublin – Jimmy played in goals – but happier days, and a move to the forwards, lay ahead. He won three minor All-Irelands in a row, and senior success soon followed.

Having straddled underage and adult grades briefly, his senior championship bow came in defeat to Cork in 1957. Within a year, though, Doyle landed his first league, provincial and All-Ireland medals, defeating Galway in the last final and ending that campaign as top scorer for good measure.

Many more honours were to come, as part of the legendary Tipp side of the 1960s: possibly the most dominant team ever until the recent all-conquering Kilkenny group, they and Jimmy won Liam MacCarthy four years out of five, with just a freak defeat to Waterford in 1963 preventing a likely five-in-a-row.

His last title came in 1971 (coincidentally, also Tipp’s last for nearly two decades). Doyle continued to play for two more years, but a series of injuries – broken bones, back trouble and premature arthritis – eventually forced his retirement in 1973. He later indulged in a little coaching with Laois.

Since retirement, the honours continued to amass. In 2008 Jimmy was featured on the popular TG4 programme Laochra Gael. A year later, as part of the GAA 125 celebrations, he was chosen as the Tipperary representative in a commemorative torch parade through Thurles on the day of the Munster final. In 2012 a road was named in his honour in his hometown, where he had worked in the local Assumption Hospital for many years (he also, in his youth, spent some time as a cobbler, which was his father’s trade).

Tributes flooded in this week as news of Jimmy’s death broke, from friend and foe alike. Minister Alan Kelly, a fellow Tipp man, paid tribute thus: “A genius on the hurling field and a gentleman off it, Jimmy was just about to launch a book on his life and times. I was delighted to open the Jimmy Doyle Road in 2012 with Jimmy present and as proud as could be. I had the pleasure of his company on many occasions and he’s going to be very sadly missed.”

Kilkenny great Eddie Keher, a contemporary of Jimmy, said, “He was brilliant. I was always a great fan of his even though we were great rivals. Jimmy was a gentleman both on and off the field and such a beautiful striker of the ball.” Former Tipp goalkeeper Brendan Cummins remarked pithily, “Tipp has lost one of its great hurling legends.” 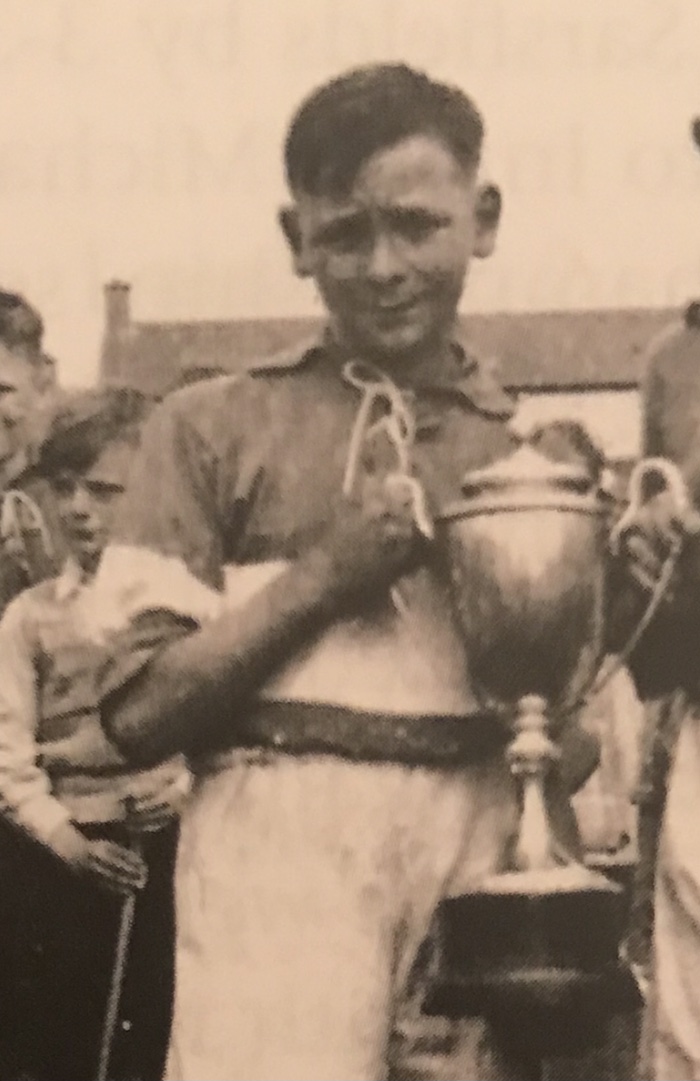 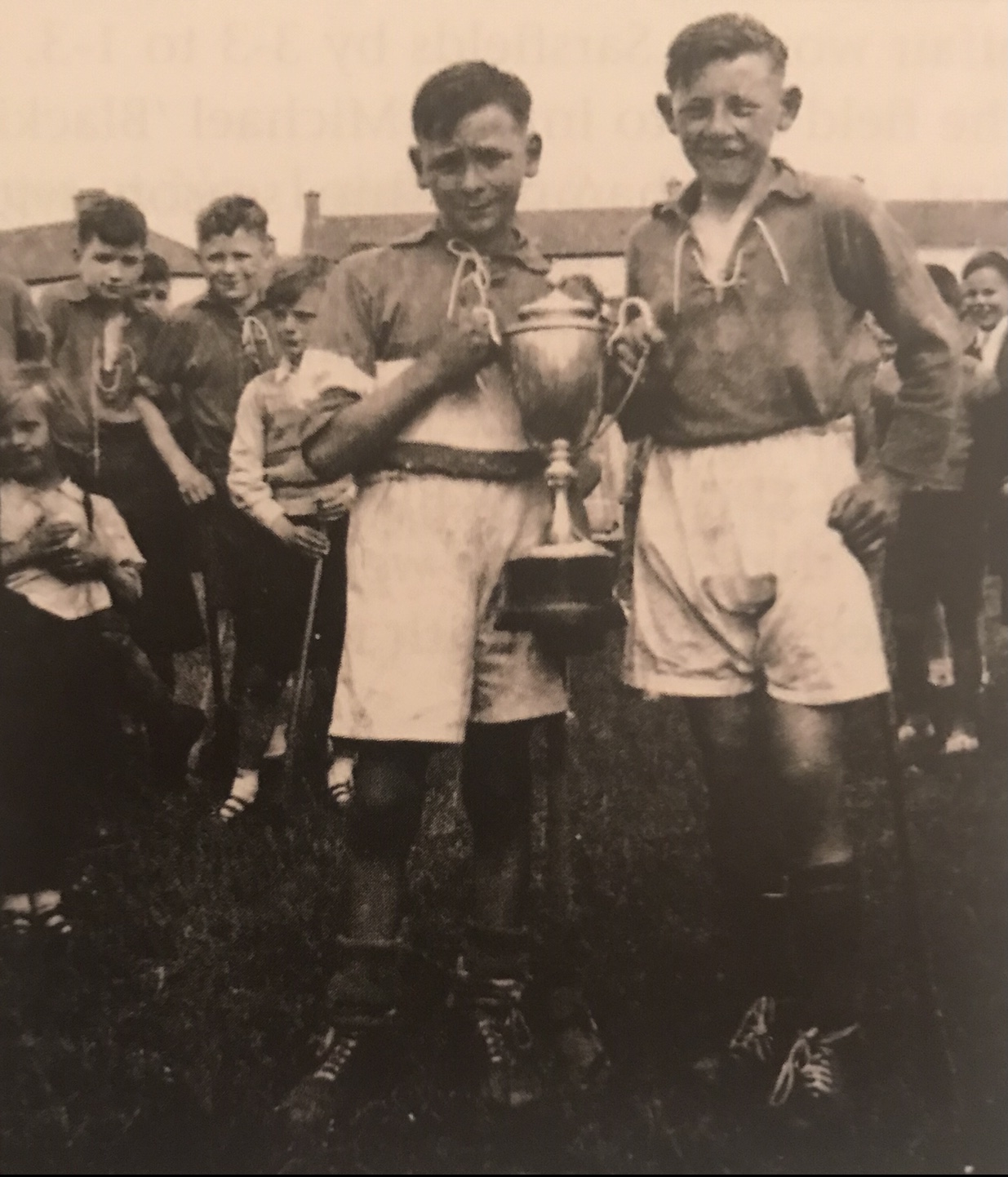