Fascinating map from 1610 as by the renowned cartographer John speed of the Province of Mounster(Munster!)-comprising the counties of Tipperary,Clare,Limerick,Cork,Kerry & Waterford.Includes miniature city layouts of both Limerick & Cork.

John Speed (1551 or 1552 – 28 July 1629) was an English cartographer and historian. He is, alongside Christopher Saxton, one of the best known English mapmakers of the early modern period.

Speed was born in the Cheshire village of Farndon and went into his father Samuel Speed’s tailoring later in life.

While working in London, Speed was a tailor and member of a corresponding guild, and came to the attention of “learned” individuals. These individuals included Sir Fulke Greville, who subsequently made him an allowance to enable him to devote his whole attention to research. By 1598 he had enough patronage to leave his manual labour job and “engage in full-time scholarship”. As a reward for his earlier efforts, Queen Elizabethgranted Speed the use of a room in the Custom House. Speed, was, by this point, as “tailor turned scholar” who had a highly developed “pictorial sense”.

In 1575, Speed married a woman named Susanna Draper in London, later having children with her. These children definitely included a son named John Speed, later a “learned” man with a doctorate, and an unknown number of others, since chroniclers and historians cannot agree on how many children they raised. Regardless, there is no doubt that the Speed family was relatively well-off.

By 1595, Speed published a map of biblical Canaan, in 1598 he presented his maps to Queen Elizabeth, and in 1611–1612 he published maps of Great Britain, with his son perhaps assisting Speed in surveys of English towns.

At age 77 or 78, in August 1629, Speed died. He was buried alongside his wife in London’s St Giles-without-Cripplegate church on Fore Street. Later on, a memorial to John Speed was also erected behind the altar of the church.According to the church’s website, “[His was] one of the few memorials [in the church] that survived the bombing” of London during The Blitz of 1940–1941 … The website also notes that “[t]he cast for the niche in which the bust is placed was provided by the Merchant Taylors’ Company, of which John Speed was a member”. His memorial brass has ended up on display in the Burrell Collection near Glasgow.

Speed drew historical maps in 1601 and 1627 depicting the invasion of England and Ireland, depictions of the English Middle Ages, along with those depicting the current time, with rough originals but appealing, colourful final versions of his maps.

It was with the encouragement of William Camden that Speed began his Historie of Great Britaine, which was published in 1611. Although he probably had access to historical sources that are now lost to us (he certainly used the work of Saxton and Norden), his work as a historian is now considered secondary in importance to his map-making, of which his most important contribution is probably his town plans, many of which provide the first visual record of the British towns they depict.In the years leading up to this point, while his atlas was being compiled, he sent letters to Robert Cotton, part of the British government to ask for assistance in gathering necessary materials. 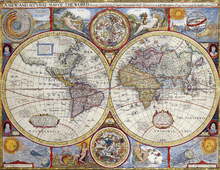 In 1627 George Humble published the Prospect of the Most Famous Parts of the World, printed by John Dawson. This is the world map from this atlas with John Speed’s name in the title, but not attributed to Speed’s authorship.

His atlas The Theatre of the Empire of Great Britaine was published in 1611 and 1612, and contained the first set of individual county maps of England and Wales besides maps of Ireland and a general map of Scotland. Tacked onto these maps was an introduction at the beginning when he addressed his “well affected and favourable reader”, which had numerous Christian and religious undertones, admitting that there may be errors, but he made it the best he could, and stated his purpose for the atlas:

my purpose…is to shew the situation of every Citie and Shire-town only [within Great Britain]…I have separated…[with] help of the tables…any Citie, Towne, Borough, Hamlet, or Place of Note…[it] may be affirmed, that there is not any one Kingdome in the world so exactly described…as is…Great Britaine…In shewing these things, I have chiefly sought to give satisfaction to all.

With maps as “proof impressions” and printed from copper plates, detail was engraved in reverse with writing having to be put on the map the correct way, while speed “copied, adapted and compiled the work of others”, not doing much of the survey work on his own, which he acknowledged.The atlas was not above projections of his political opinions” Speed represented King James I as one who unified the “Kingdoms of the British isles”. In 2016, the British Library published a book, introduced by former MP Nigel Nicolson and accompanied by commentaries by late medieval and early modern historian Alasdair Hawkyard, which reprinted this collection of maps on the British Isles, showing that Speed had drawn maps of areas ranging from Bedfordshire to Norfolk and Wales.

Most, but not all, of the county maps have town plans on them; those showing a Scale of Passes being the places he had mapped himself. In 1627, two years before his death, Speed published Prospect of the Most Famous Parts of the World which was the first world atlas produced by an Englishman, costing 40 shillings, meaning that its circulation was limited to “richer customers and libraries”, where many survive to this day.

There is a fascinating text describing the areas shown on the back of the maps in English, although a rare edition of 1616 of the British maps has a Latin text – this is believed to have been produced for the Continental market. Much of the engraving was done in Amsterdam at the workshop of a Flemish man named Jodocus Hondius, with whom he collaborated with from 1598 until 1612, with Hondius’s sudden death, a time period of 14 years.His maps of English and Welsh counties, often bordered with costumed figures ranging from nobility to country folk, are often found framed in homes throughout the United Kingdom.

In 1611, he also published The genealogies recorded in the Sacred Scriptures according to euery family and tribe with the line of Our Sauior Jesus Christ obserued from Adam to the Blessed Virgin Mary, a biblical genealogy, reprinted several times during the 17th century. He also drew maps of the Channel Islands, Poland, and the Americas, the latter published only a few years before his death. On the year of his death, yet another collection of maps of Great Britain he had drawn the year before were published.

Described as a “Protestant historian”, “Puritan historian” or “Protestant propagandist” by some, Speed wrote about William Shakespeare, whom he called a “Superlative Monster” because of certain plays, Roman conquest, history of Chester, and explored “early modern concepts of national identity”. As these writings indicate, he possibly saw Wales as English and not an independent entity. More concretely, there is evidence that Speed, in his chronicling of history, uses “theatrical metaphors” and his developed “historiographic skill” to work while he repeats myths from medieval times as part of his story.

Since his maps were used in many high circles, Speed’s legacy has been long-reaching. After his death, in 1673 and 1676, some of his other maps on the British isles, the Chesapeake Bay region, specifically of Virginia and Maryland, the East Indies, the Russian Empire then ruled by Peter the Great, Jamaica, and Barbados, among other locations.With these printings and others, Speed’s maps became the basis for world maps until at least the mid-eighteenth century, with his maps reprinted many times, and served as a major contribution to British topography for years to come.

In later years, Speed would be called “our English Mercator”, a person of “extraordinary industry and attainments in the study of antiques”, an “honest and impartial historian”, a “faithful Chronologer”, and “our Cheshire historian…a scholar…a distinguished writer on history”.He was also called a “celebrated chronologer and histographer”, “cartographer”, and much more.

Even today, prints of his “beautiful maps” can be found in living rooms across the world, and sell for hundreds of thousands of pounds in rare art and map auctions, drawing in map collectors across the globe.Additionally, some use John Speed’s maps, and connected commentary, to interpret William Shakespeare’s plays; however, Speed did not like Shakespeare in the slightest, and called him a “papist”. 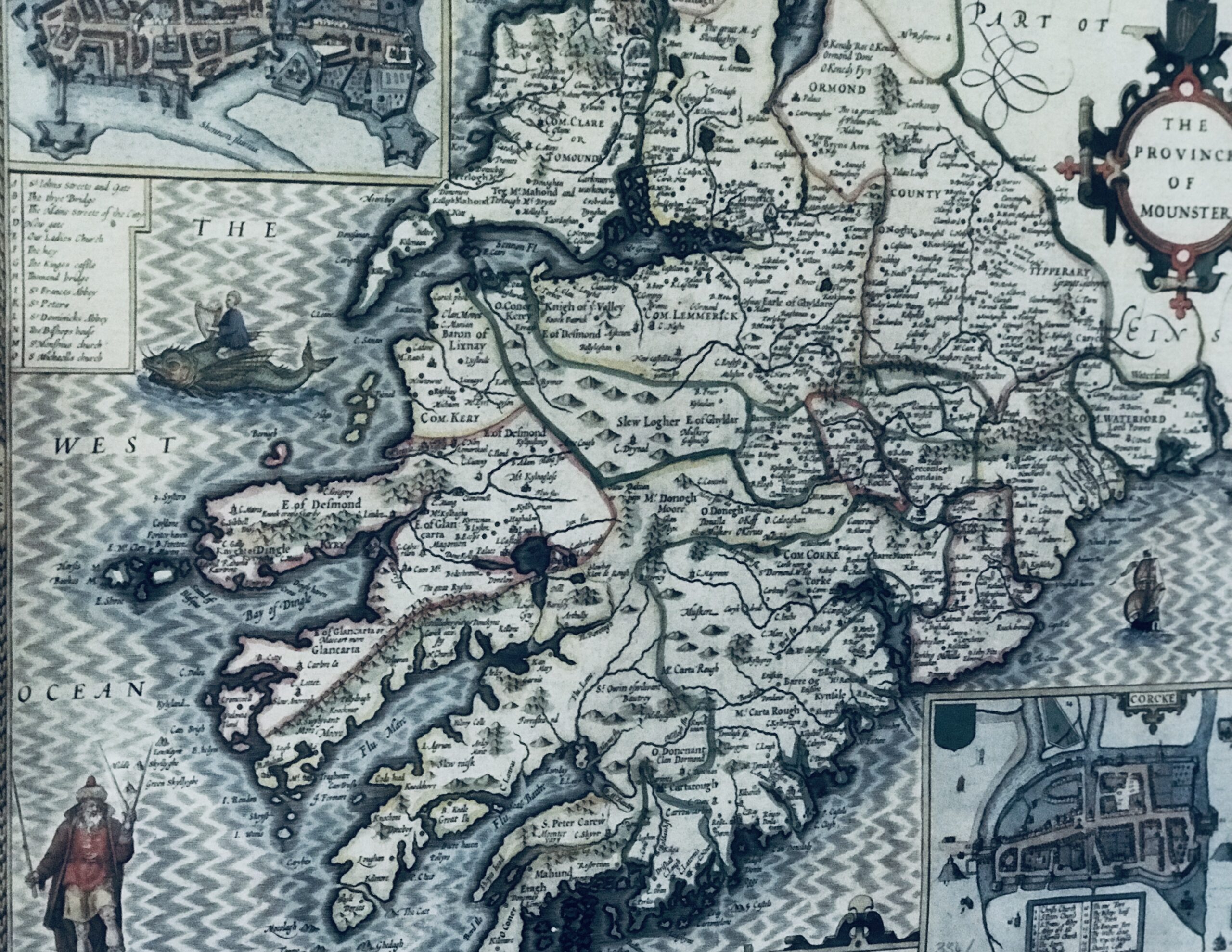 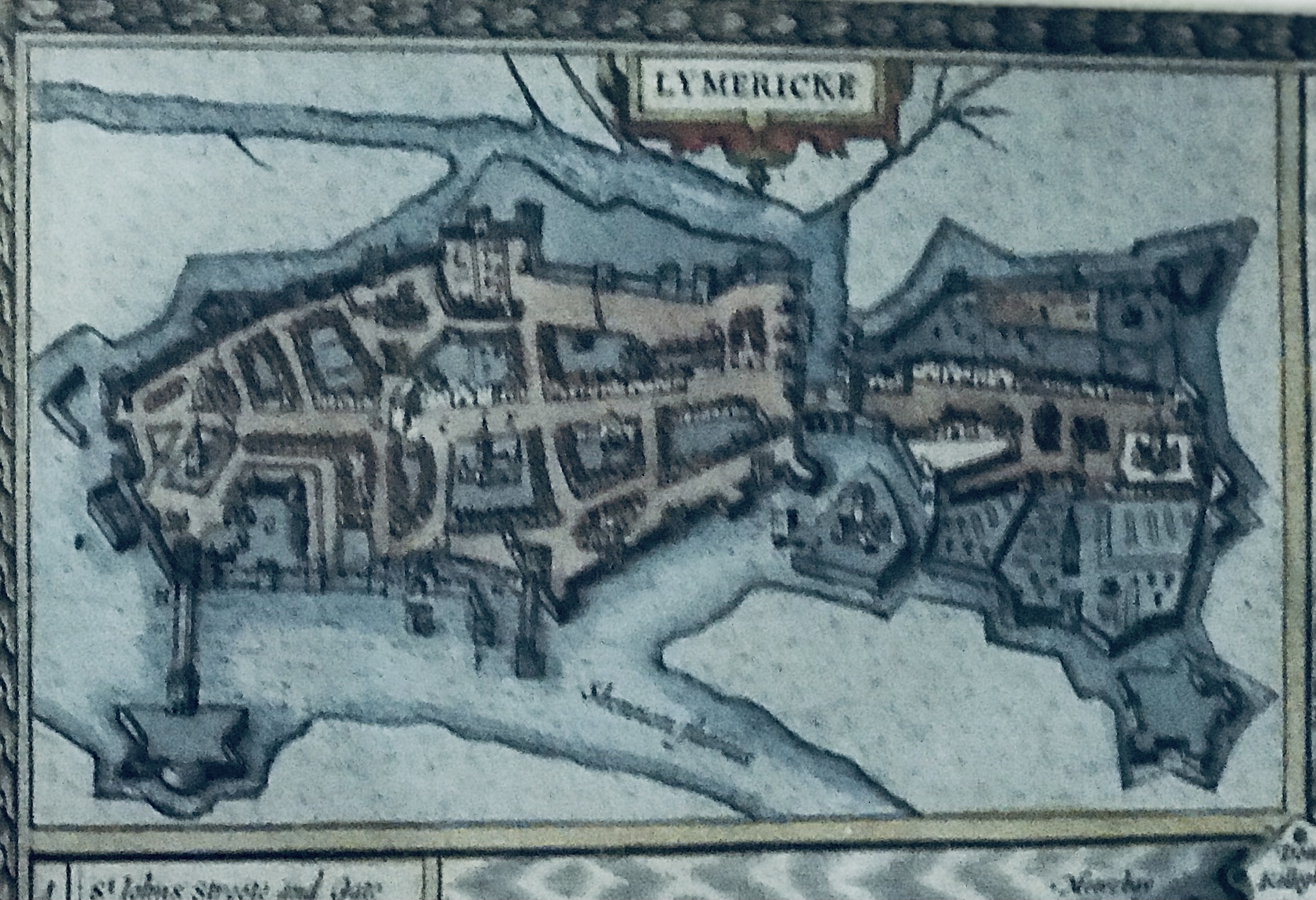 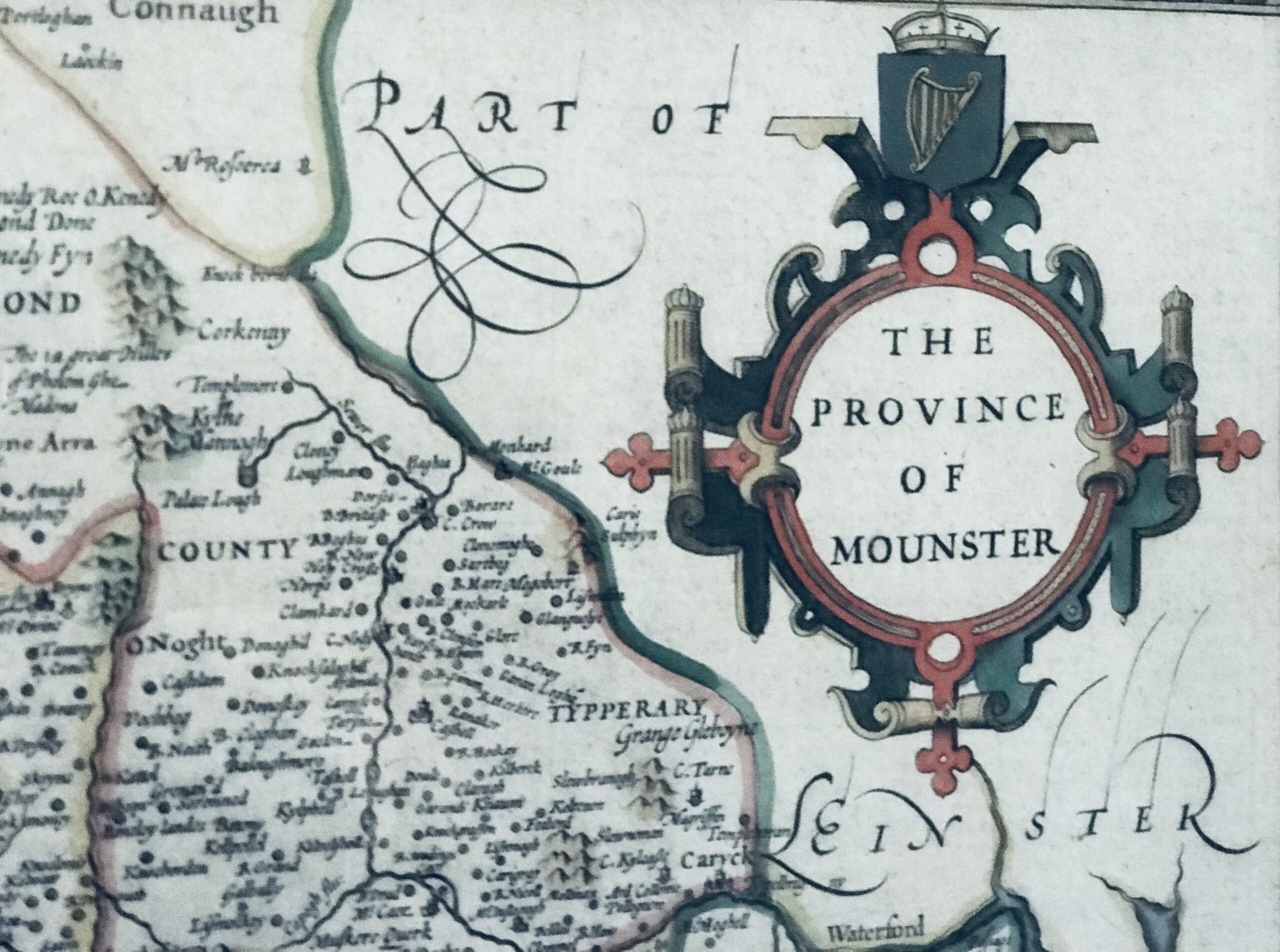 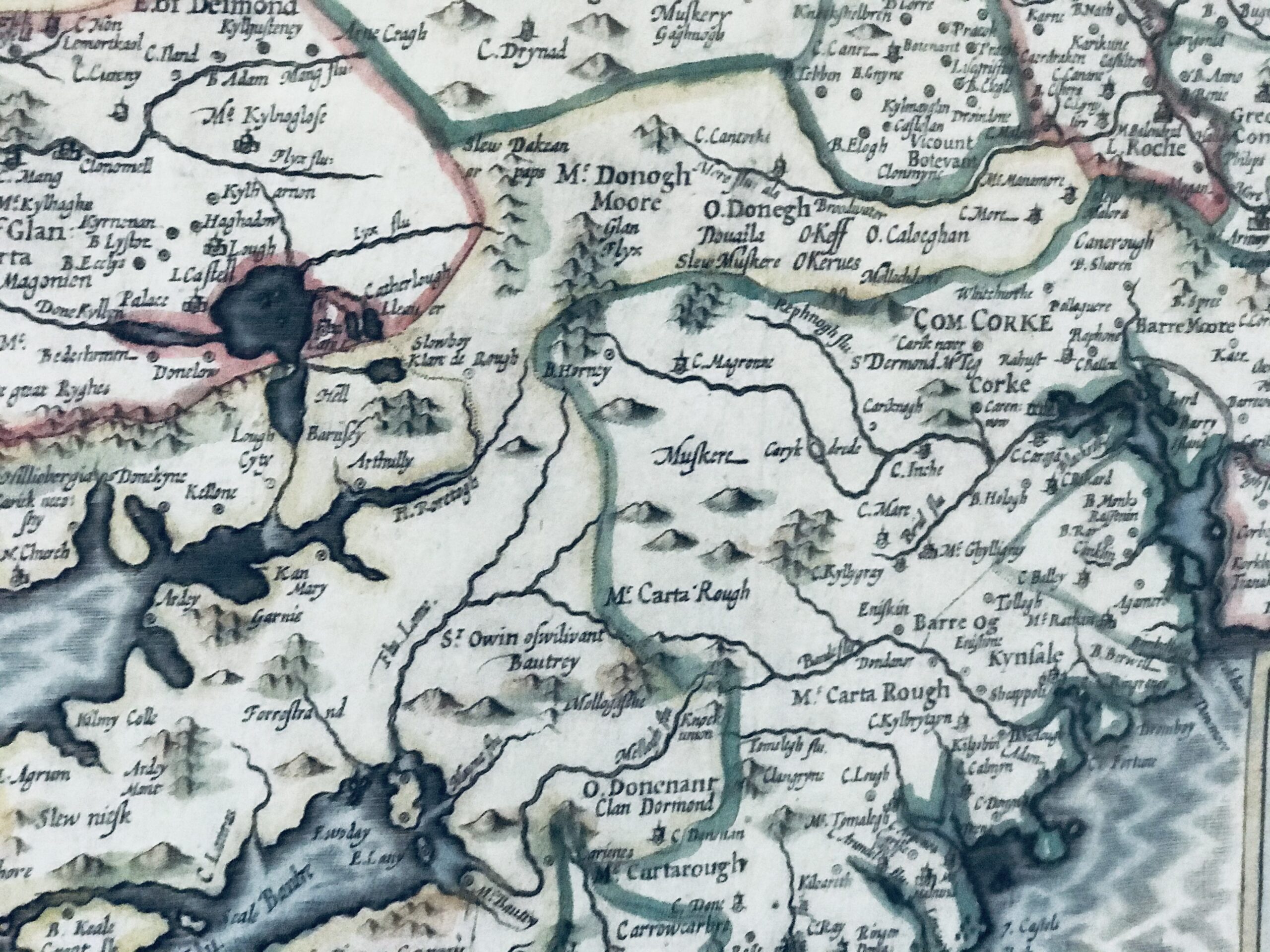 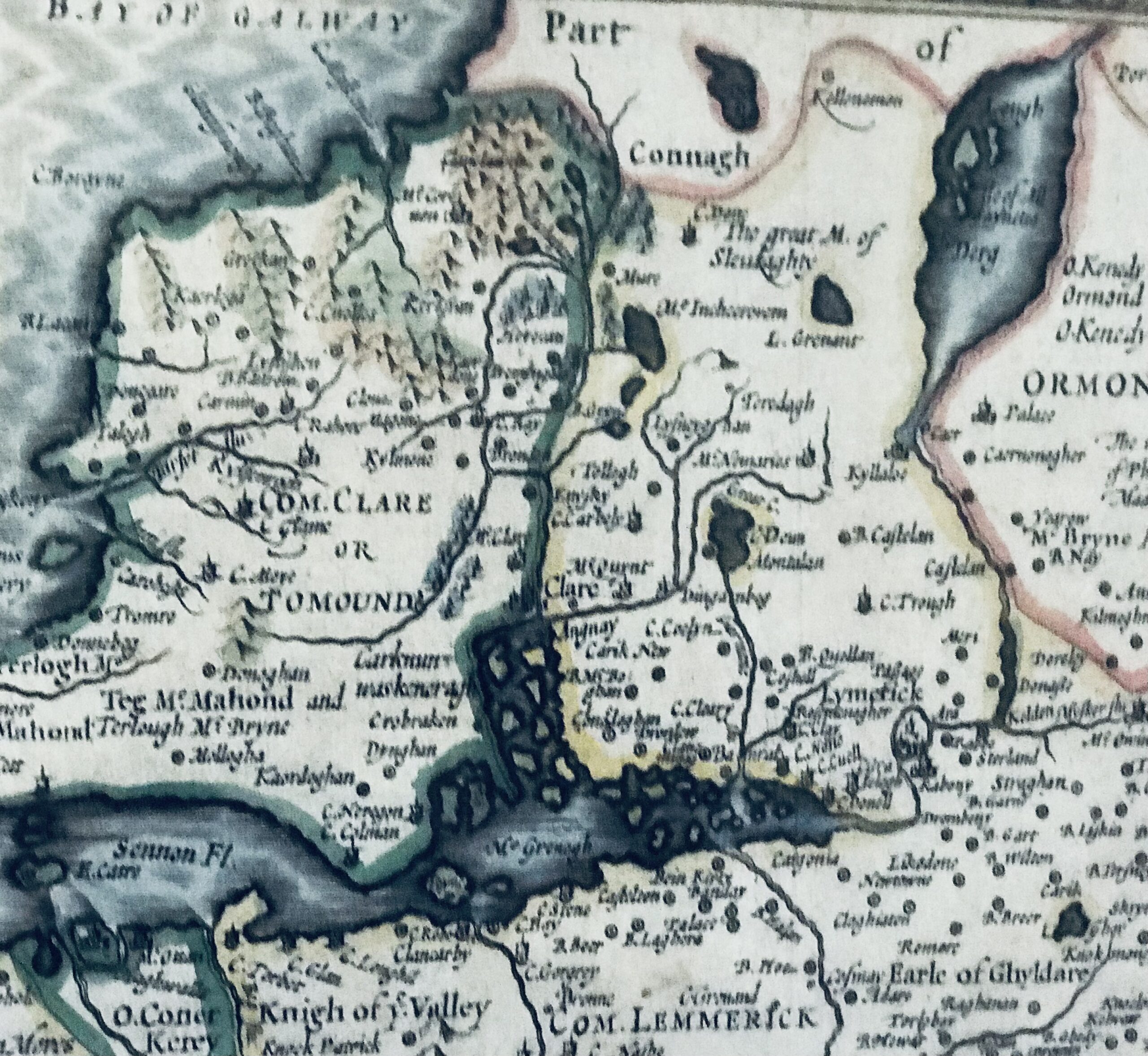 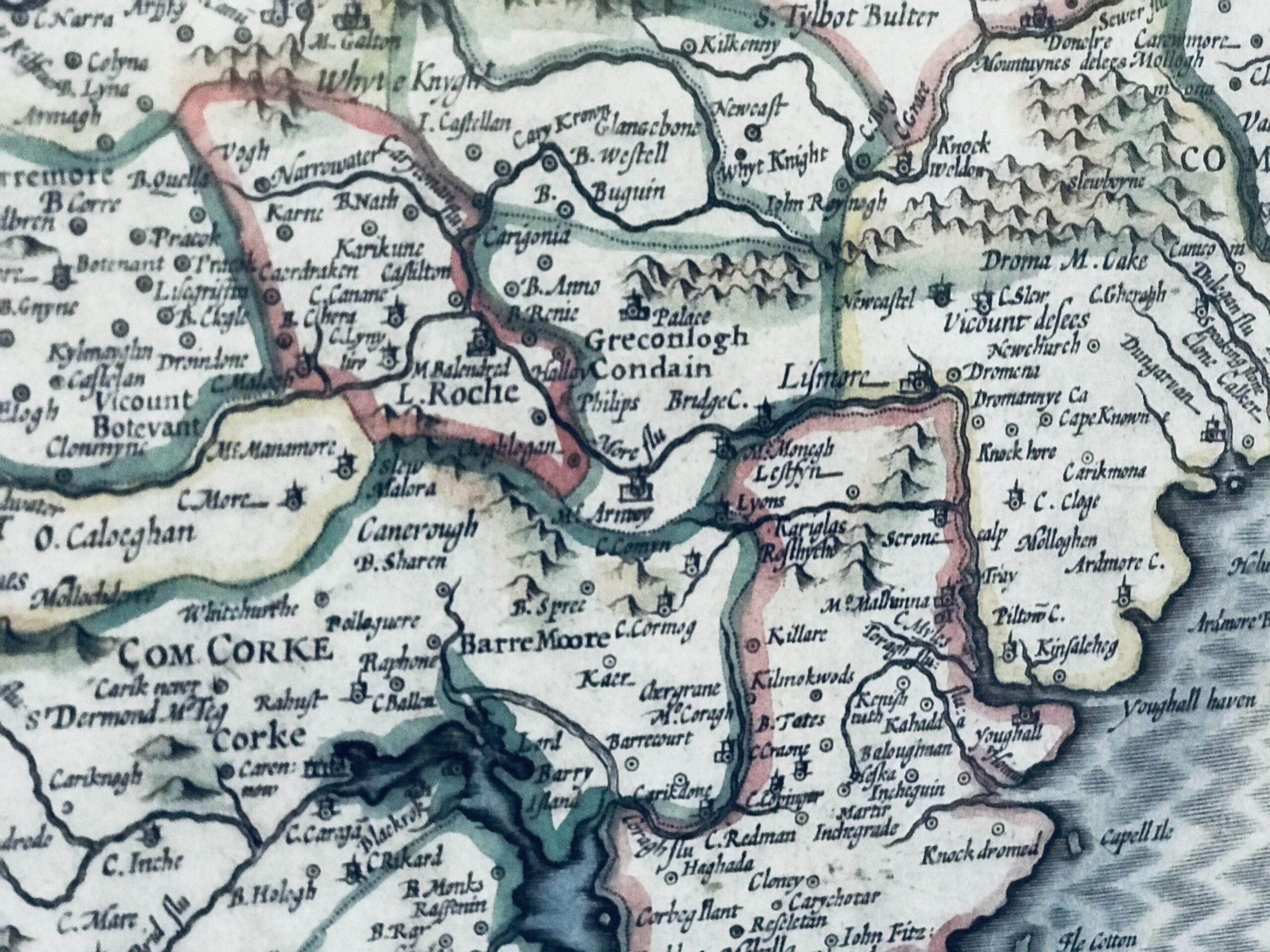 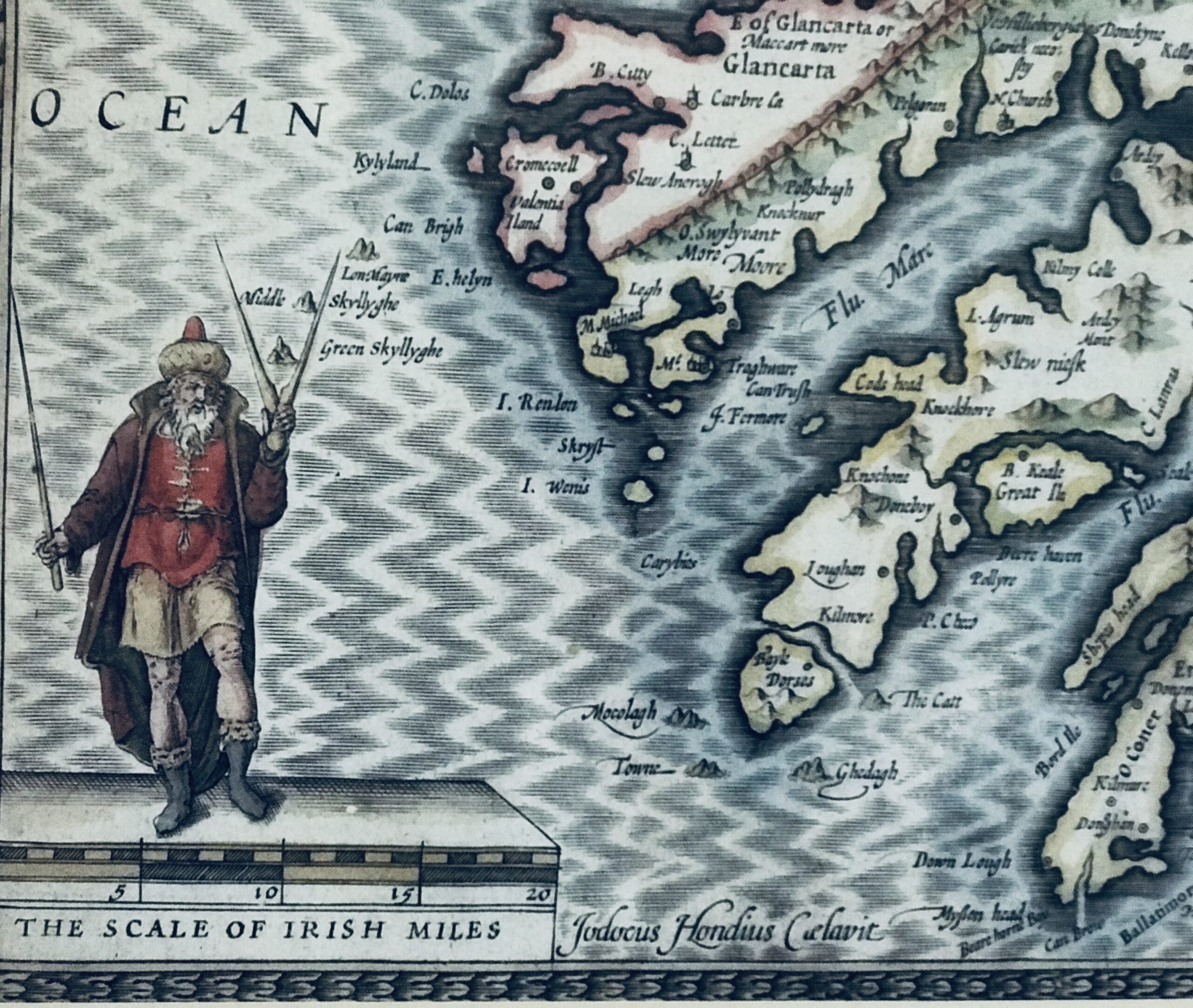 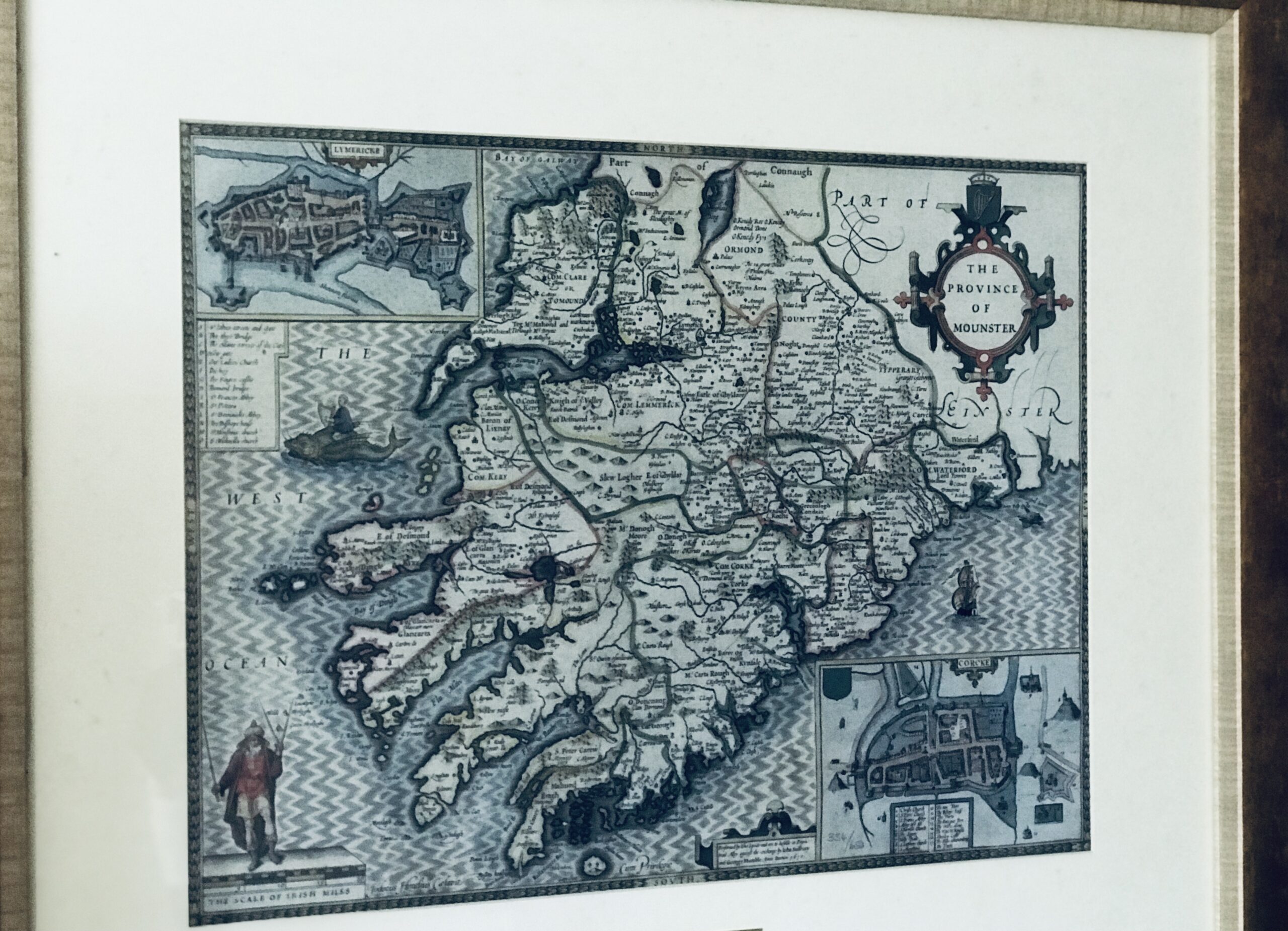 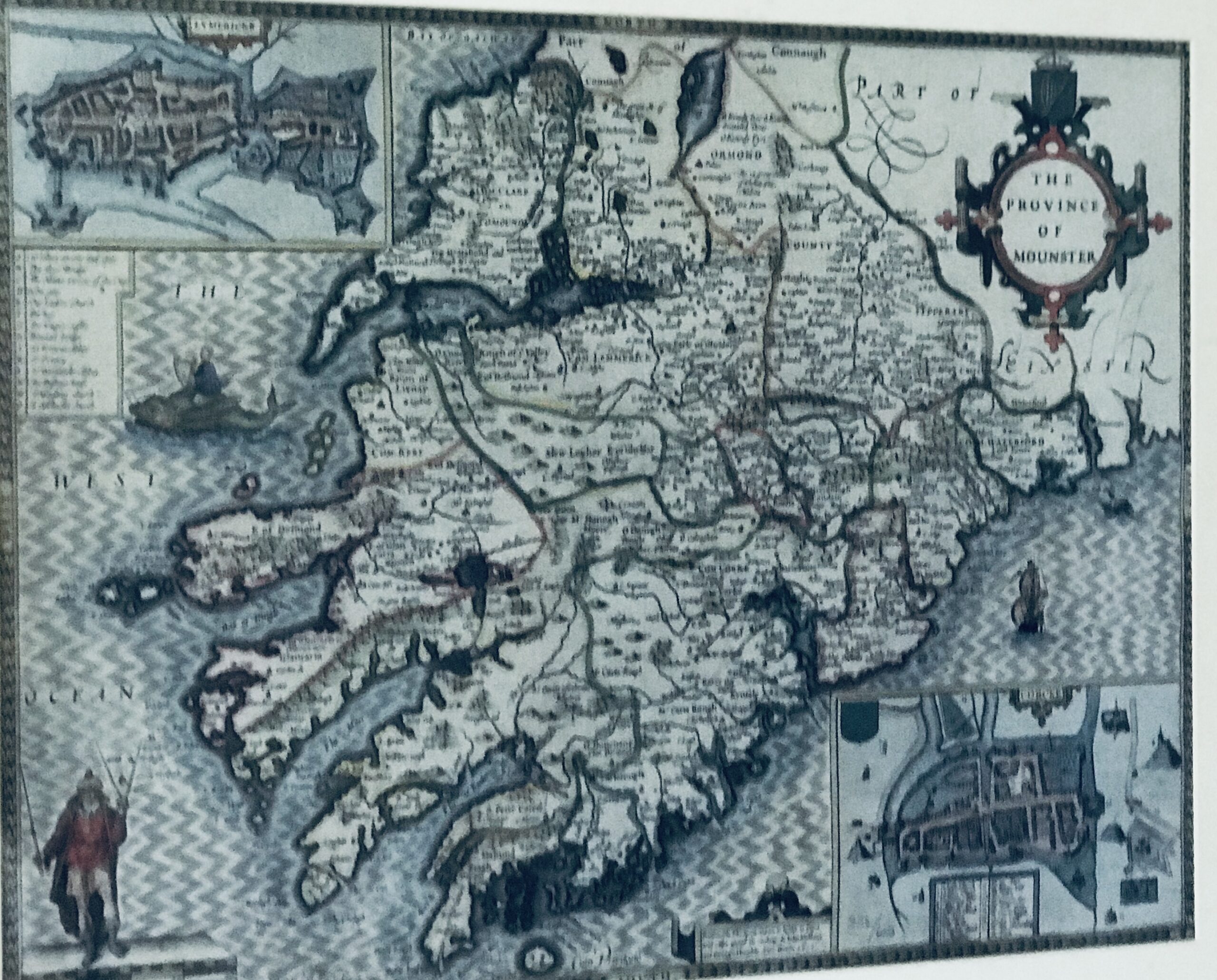