Brian Cody captained his county’s minor side to victory over Cork and later that afternoon those counties produced a classic encounter which ended in a spectacular victory for a Kilkenny team captained by goalkeeper Noel Skehan.

Cork were firm favourites after hammering Clare in the Munster final (6-18 to 2-8), while Kilkenny had been taken to a replay by Wexford in the Leinster decider. The game was a thrilling contest.

Cork dominated the early exchanges and went eight points clear after a long-range score from wing-back Con Roche in the 17th minute of the second half.

They were level after Frank Cummins goal and went onto win by eight points. 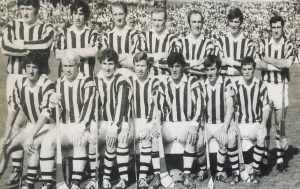 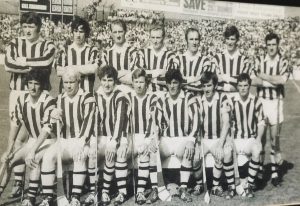