Vintage wooden clock from 1995 commissioned to mark Clare’s historic All Ireland win in 1995.
cm x cm    Scarriff Co Clare
Viewed from a distance of two decades, maybe the most remarkable thing about the hurling summer of 1995 is just how unpromising it was roundly agreed to be at the get-go. The previous year had been airily dismissed as something of a freak – never more freakish than in that harum-scarum end to the All-Ireland final when Offaly overturned Limerick with a quickfire 2-5 in the closing minutes.

Put to the pin of their collars, most judges shrugged and presumed the Liam MacCarthy would find his way back around to the blue-bloods in the end – probably to Kilkenny who had just beaten Clare in the National League final, maybe to Tipperary if they got their act together.

If there was going to be a yarn, Limerick might provide it. But nobody had an inkling of what was around the corner. Or if they did, they weren’t shouting about it.

Nobody was shouting about very much of anything. Hurling was what it was – guarded like the family jewels in certain parts of the land, barely amounting to a rumour in others. Tipp, Kilkenny and Cork had split five of the previous six All-Irelands between them and in a given year, you could just about half-rely on Offaly or Galway to keep them honest. For everyone else, the door looked shut.

For all the sweet words and paeans that followed the game around, the championship was reduced each year to four or five games. This was pre-qualifiers, pre-back door of any kind. Galway walked into the All-Ireland semi-final each year and Antrim did the same before providing whoever they met with more or less a bye into the final. The Munster championship had its adherents but they weren’t all just as committed as they let on – when Clare met Cork in Thurles in June 1995, they did so in front of just 14,101 paying guests.

The game needed shaking up. If not everyone admitted as much at the time, it didn’t escape the notice of the association’s then general director Liam Mulvihill. In his report to Congress earlier that year, he had scratched an itch that had been bugging him for most of the previous 12 months. The 1994 football championship had been the first to benefit from bringing on a title sponsor in Bank of Ireland and though an equivalent offer had been on the table for the hurling championship, Central Council pushed the plate away.

Though the name of the potential sponsor wasn’t explicitly made public, everyone knew it was Guinness. More to the point, everyone knew why Central Council wouldn’t bite.

As Mulvihill himself noted in his report to Congress, the offer was declined on the basis that “Central Council did not want an alcoholic drinks company associated with a major GAA competition”.

As it turned out, Central Council had been deadlocked on the issue and it was the casting vote of then president Peter Quinn that put the kibosh on a deal with Guinness. Mulvihill’s disappointment was far from hidden, since he saw the wider damage caused by turning up the GAA nose at Guinness’s advances.

“The unfortunate aspect of the situation,” he wrote, “is that hurling needs support on the promotion of the game much more than football.”

Though it took the point of a bayonet to make them go for it, the GAA submitted in the end and on the day after the league final, a three-year partnership with Guinness was announced. The deal would be worth £1 million a year, with half going to the sport and half going to the competition in the shape of marketing.

That last bit was key. Guinness came up with a marketing campaign that fairly scorched across the general consciousness. Billboards screeched out slogans that feel almost corny at this remove but made a huge impact at the same time .

This man can level whole counties in one second flat.

This man can reach speeds of 100mph.

This man can break hearts at 70 yards

Of course, all the marketing in the world can only do so much. Without a story to go alongside, the Guinness campaign might be forgotten now – or worse, remembered as an overblown blast of hot air dreamed up in some modish ad agency above in Dublin.

Instead, Clare came along and changed everything.

In the spring of 1995, Clare were very easy to stereotype. These were the days when the league wrapped around Christmas and in the muck and the cold and the drudgery, Clare had a fierceness to them that took advantage of any opposition that fancied a handy afternoon with the summer well off in the distance. A pain in the neck if you met them on a going day in the league but not to be relied upon on the biggest days.

They had a recent, ill-starred record in Munster finals to bear that out.

Heavy beatings from Tipp and Limerick in 1993 and ’94 were bad enough on their own; piled on decades of hurt going all the way back to their last title in 1932, they were toxic. On the day before the league final, new manager Ger Loughnane outlined what the coming summer would mean to them.

When Clare promptly lost 2-12 to 0-9 to Kilkenny in that league final, you didn’t have many takers for Loughnane’s assertion that this could be the group to turn everything around.

Loughnane had been involved in 12 Munster finals as a player and selector at various levels down the years and he’d lost them all. Big talk was fine and dandy but what was there to believe in?

Anyone with half an interest in the game knows the rest. Or at least knows bits and pieces of it. That summer was a blazing one, the hottest for decades, and in the mind’s eye Clare’s summer is a jigsaw of sun-scorched fables and legends.

Seanie McMahon and his broken collarbone, playing out the last 15 minutes against Cork at corner-forward. Ollie Baker’s bundled goal to win that game in injury-time. Limerick swept aside in the second half of the Munster final. Bonfires across the county on the Monday night.

Galway put to the sword in the All-Ireland semi-final. Offaly just squeezed out in the final. Eamonn Taaffe’s goal, whipped to the net with his only touch of the sliotar all summer.

It was all just so unlikely. After the Cork game, the cars heading home for Clare were stuck in traffic. A group of Cork teenagers stood at the side of the road as they passed, chanting Tipp, Tipp, Tipp – presuming Clare would meet and be beaten by them next day out. The notion that this was the beginning of a golden era, or that these Claremen were about to popularise the sport as never before, would still have felt ludicrous

And yet here they were, All-Ireland champions in a year when hurling caught the wider imagination in a way it rarely had up to that point. The Guinness campaign had made its mark and allied to Clare’s rise, the sport was grabbing people again. Not before time. “The game had gone stale,” wrote Jimmy Barry-Murphy in The Irish Times in the run-up to the final. “This All-Ireland was one that game needed very badly. Interest was waning and this was reflected in the attendances at finals.

“There was no comparison to football where the arrival of the Ulster counties as major powers generated enormous interest and a new awareness of the game. Clare have had many setbacks but they have kept battling and are now being rewarded. They have done hurling a great service.”

The depth and breadth of that service became more and more apparent as the decade wore on. Attendances at the hurling championship matches ballooned. From an aggregate total of 289,281 in 1994, they rose to 543,335 in 1999. There were plenty of factors, of course – more counties with more hope, more matches with the introduction of the back-door, a growing economy, those Guinness ads.

But it was Clare’s summer of 1995 that sparked it all. They weren’t a pebble in a pond that caused a few ripples. They were a boulder that landed from the clear blue sky and left a crater on the landscape. Everything changed after ’95. Not forever, just for a while. But for long enough for the game to stretch itself and grab hold of imaginations outside the usual places of worship.

On the Monday night they brought Liam MacCarthy home, one of the towns that got a good rattle was Newmarket-On-Fergus. In the bedlam, the home club put up a stage and stuck any living Newmarket man who ever put on a Clare jersey up there as the backdrop while Daly and Loughnane grabbed the mic out front. One unusual face cloistered at the back of the stage was then Wexford manager Liam Griffin.

Of the multitude of stories excavated by Denis Walsh for his towering book Hurling: The Revolution Years, maybe that night in Newmarket captured the giddiness of the time the best. Griffin’s father was from Clare and he’d lived there for a time in his early 20s, long enough to play club hurling and get called up to the Clare under-21s. Thus were his bona fides established for an appearance – however reluctant – up on-stage.

Griffin had been in charge of Wexford for a year at that point and their summer had ended with a limp exit against Offaly away back in June. By the skin of his teeth, Griffin had survived an attempted county board putsch in the meantime and was almost certainly the only man alive who thought that the riches showering down upon Clare heads could be Wexford’s 12 months later.

“Clare came and I thought, ‘This is fantastic,’” Griffin told Walsh. “I thought, ‘Jesus, the team I have are as good as these,’ and I went through them man for man.

There’s no way we’re not as good as these guys. Then Clare won the All-Ireland and I went straight to Clare the following morning because I wanted to see the homecoming and now I understand why. I wanted to drive it into my own psyche.”

As the speeches finished and the stage began to clear, Loughnane turned and caught Griffin’s eye.

“It could be you next year,” he said. Whether he meant it or not, Griffin’s mind was made up already. He drove home convinced that Wexford could reach out and grab some of that for themselves.

The next day he rang around and organised training, 51-and-a-half weeks shy of the 1996 All-Ireland final.

In a world of endless trees and branches and roots, it’s obviously simplistic to say that Clare’s All-Ireland begat Wexford’s which begat all the rest of it. But what is inarguable is this – in that sun-drenched summer of 1995, everything felt possible. 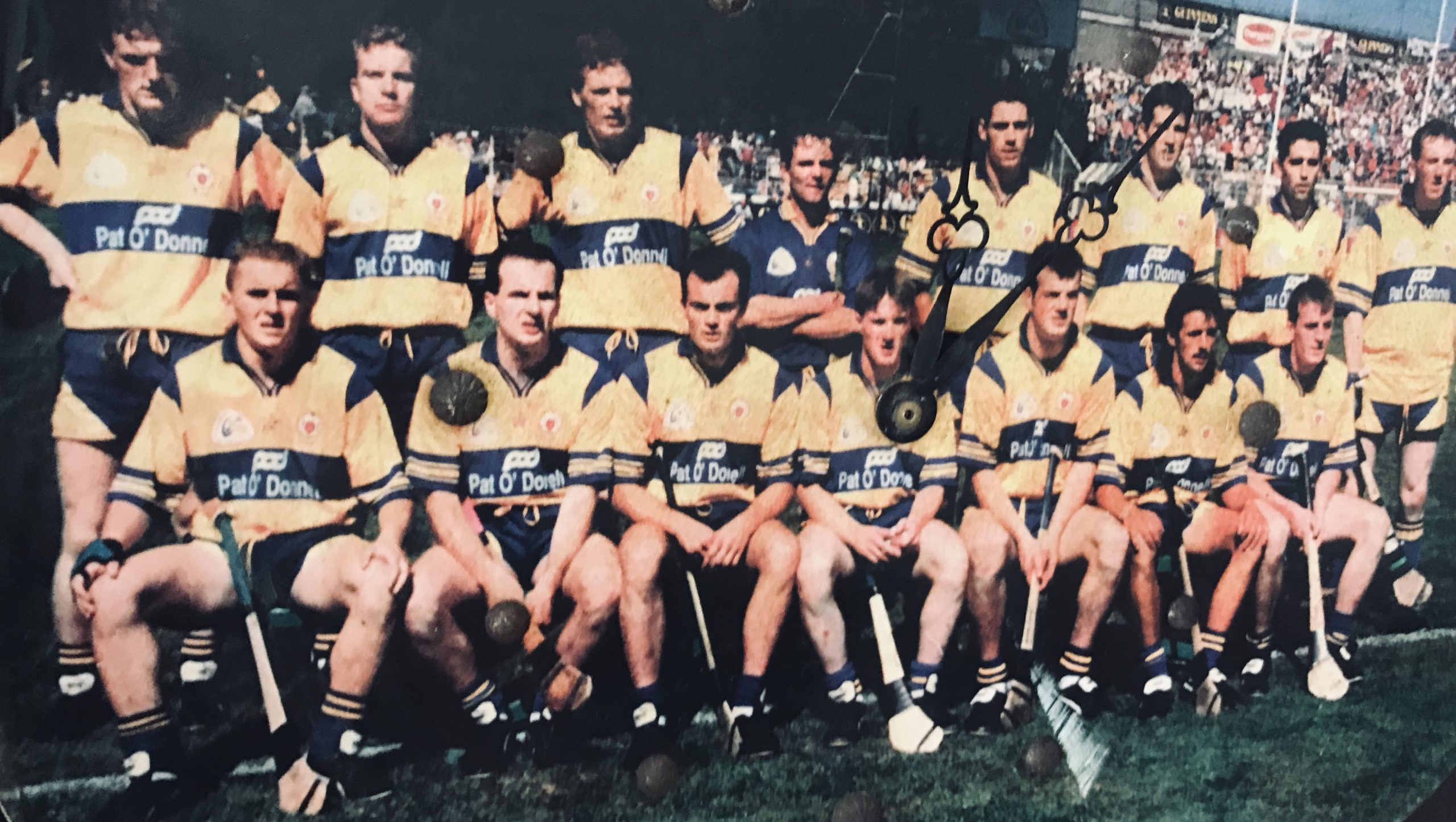 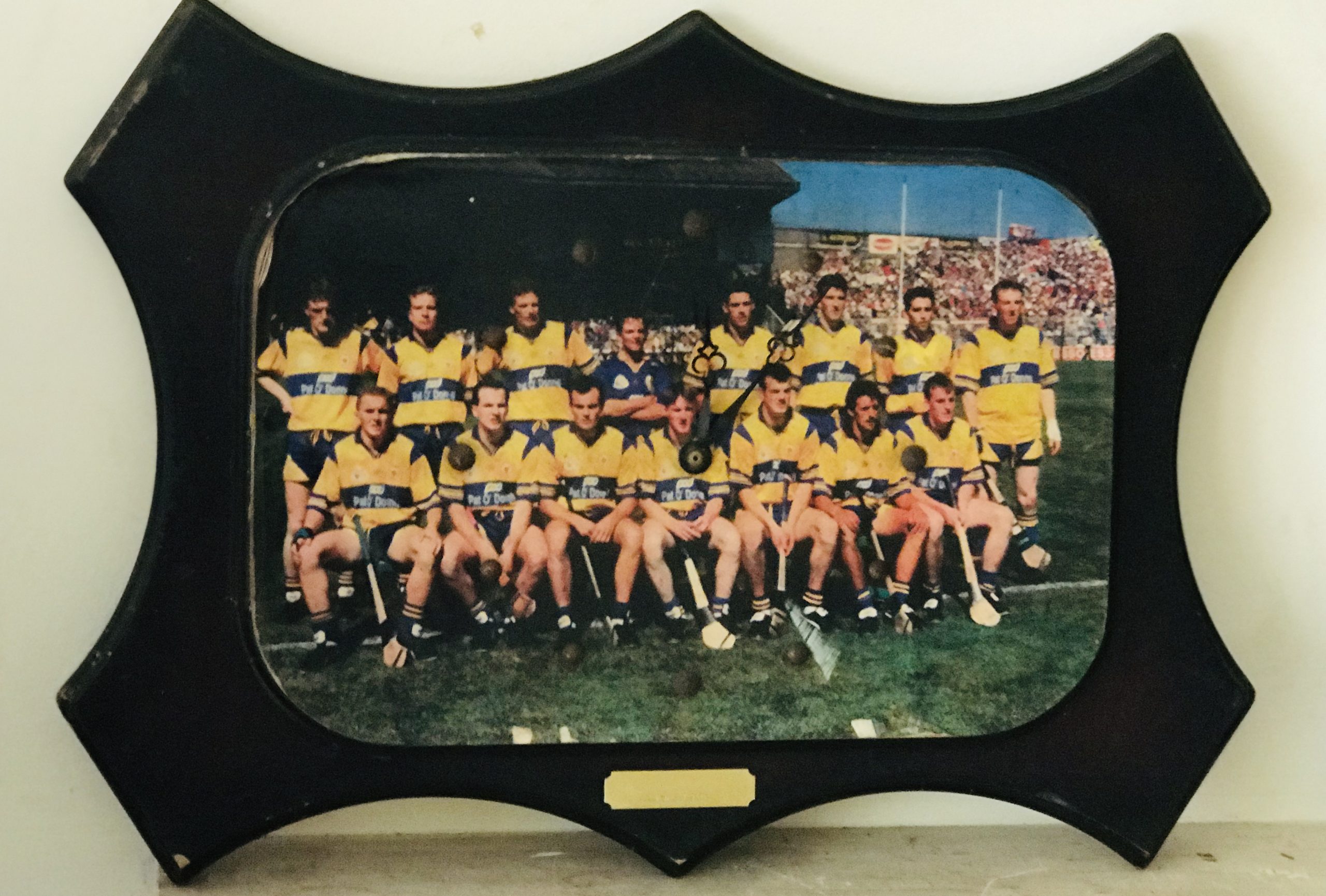 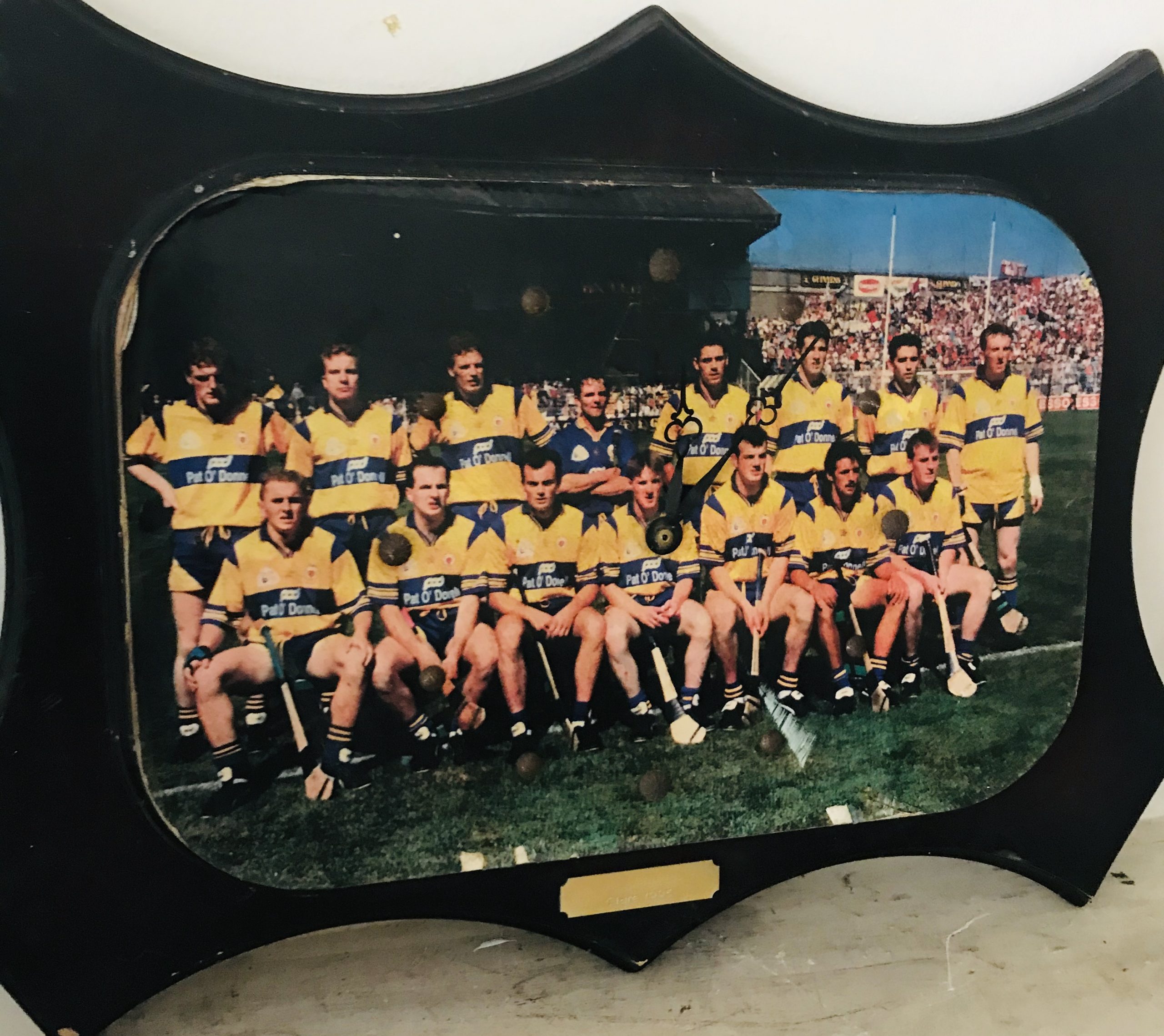 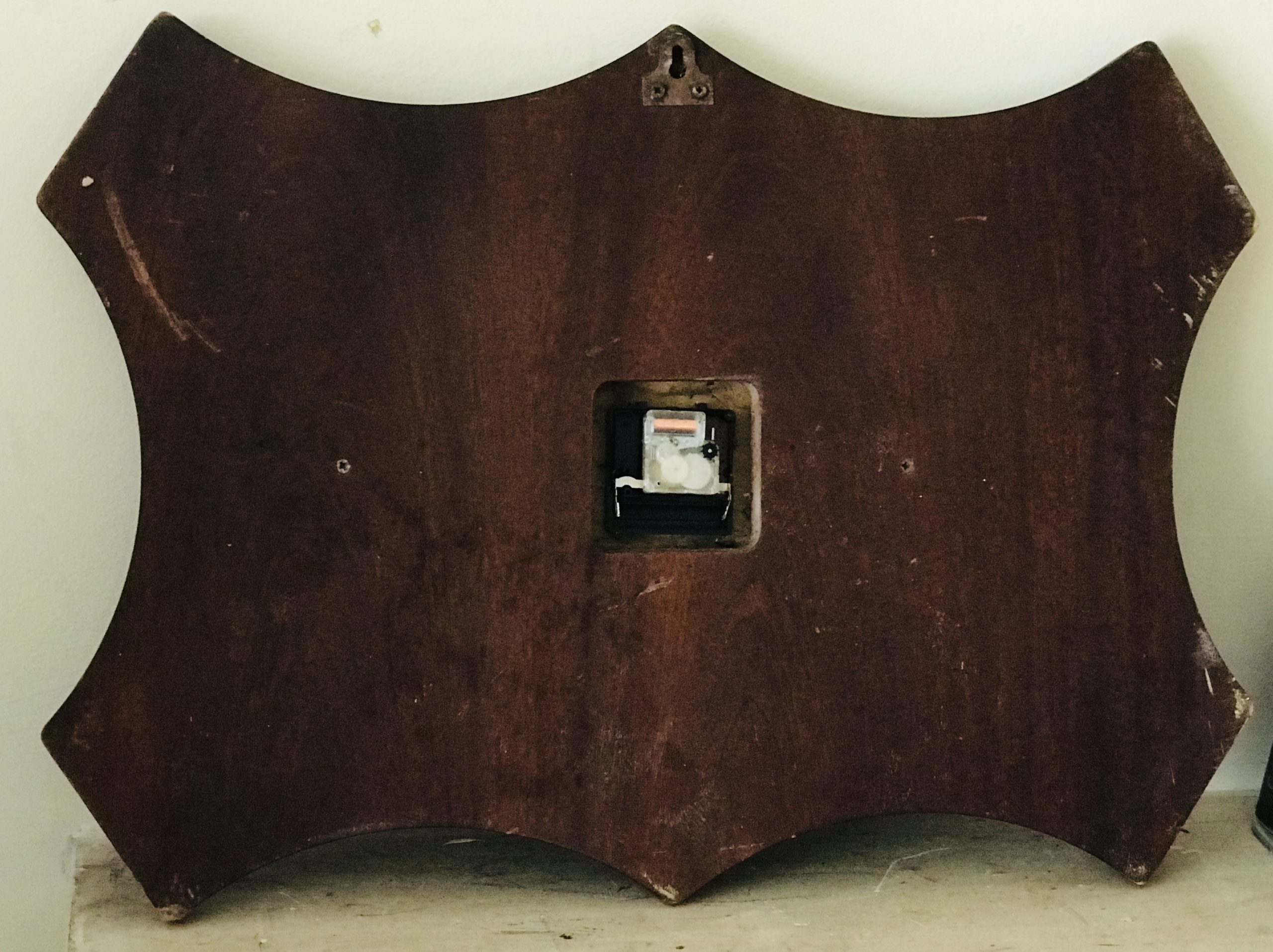