Great picture of a recuperating Arkle getting his lunch washed down by a bottle of Guinness by his head lad Paddy Murray. 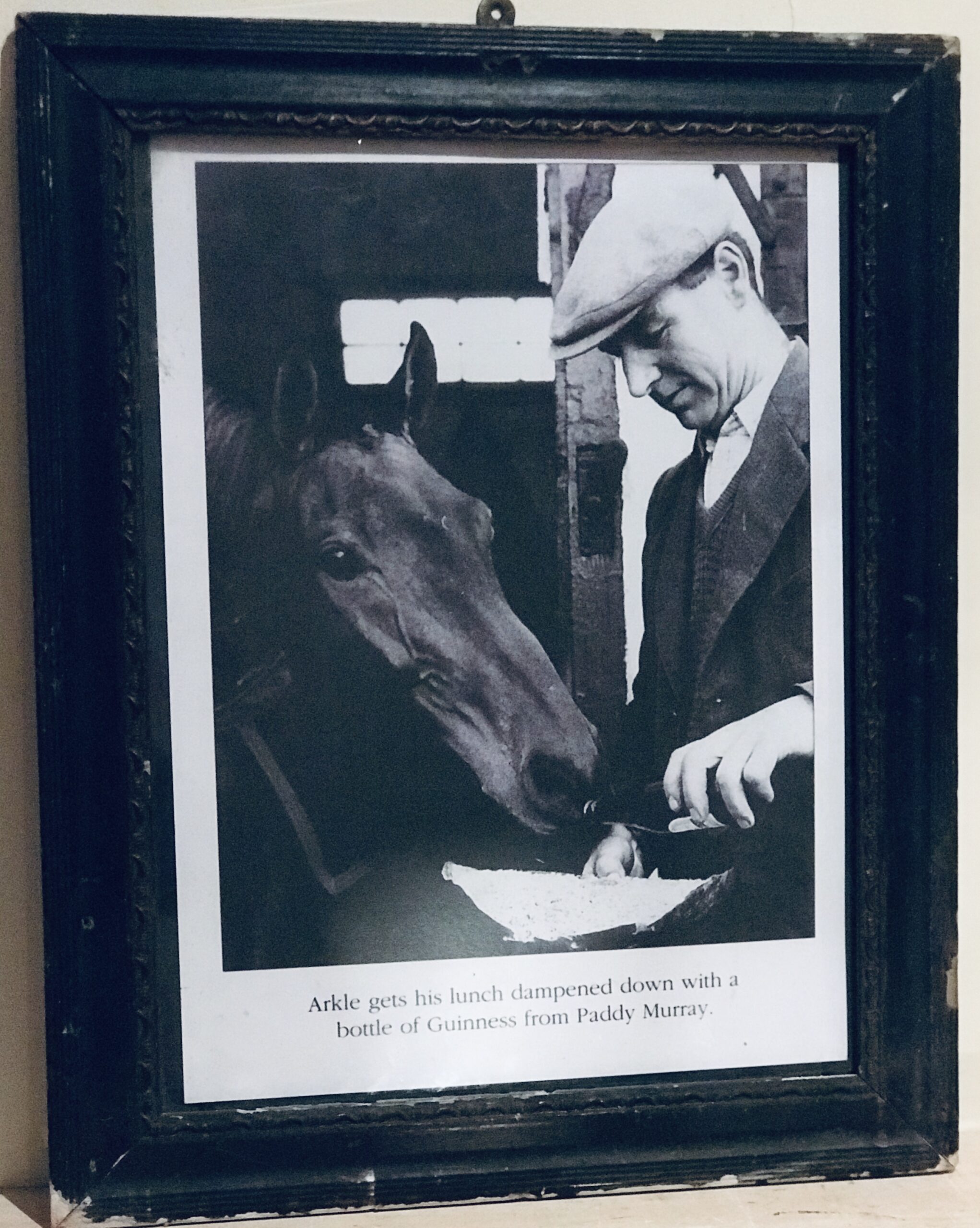 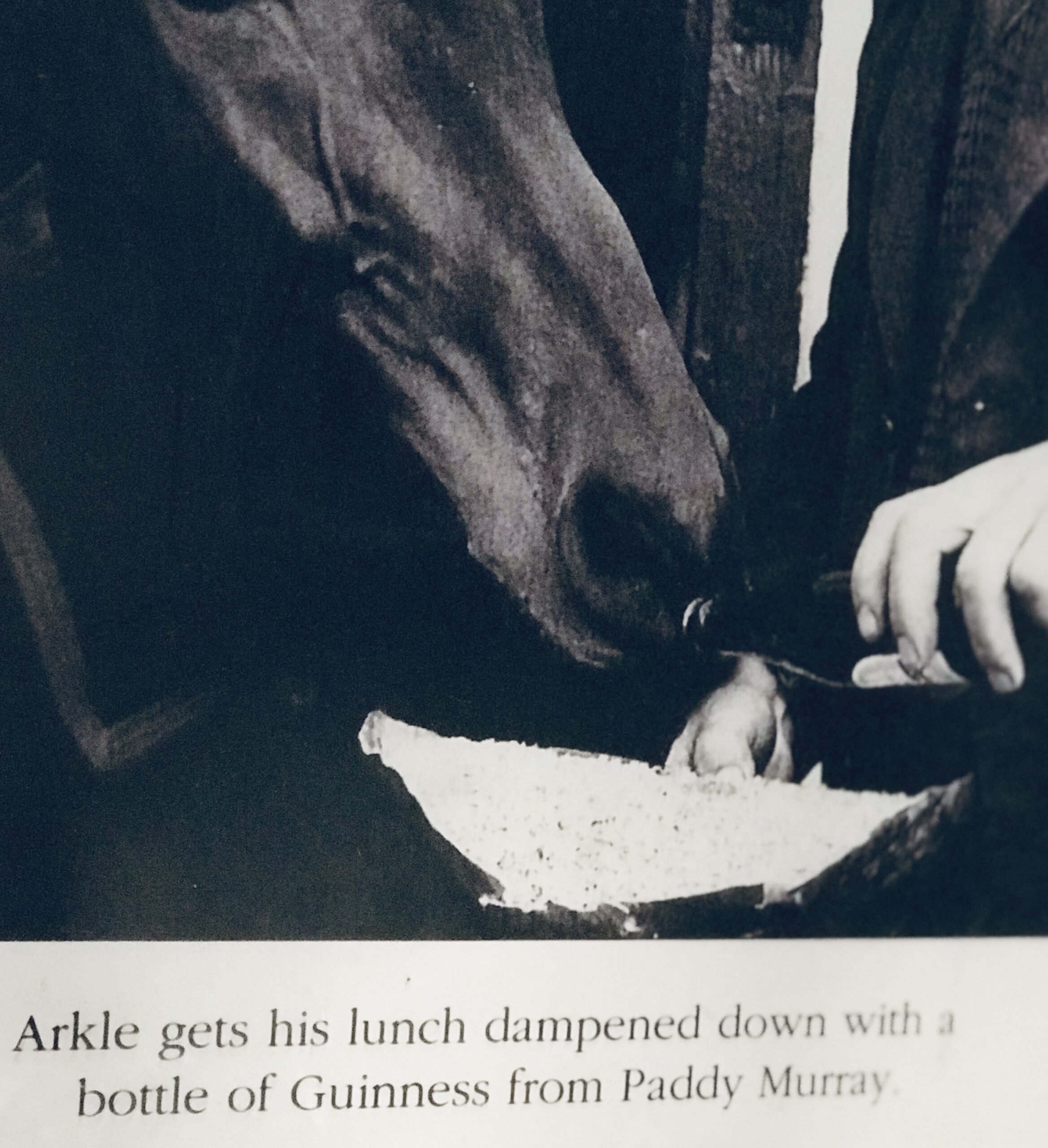 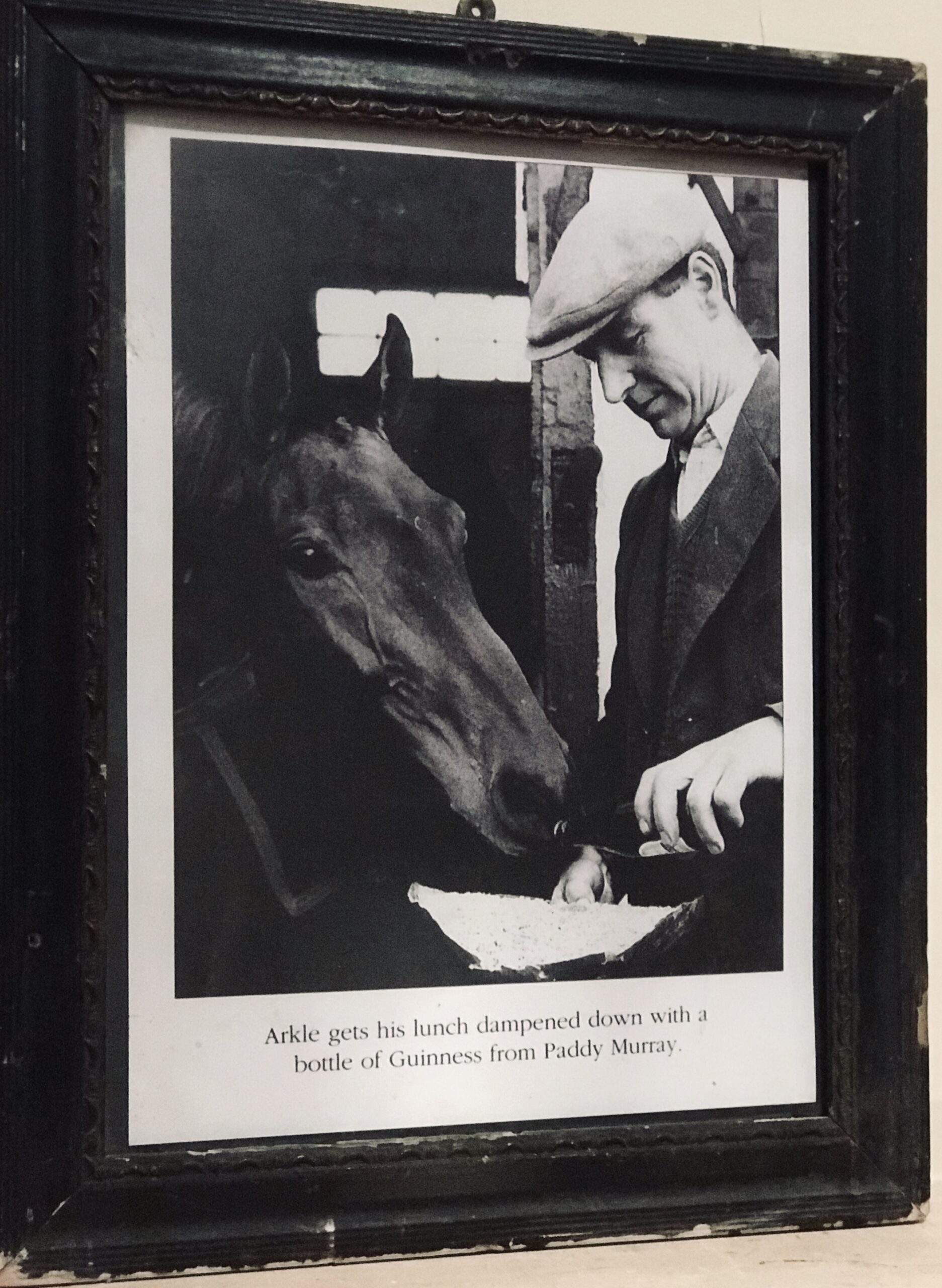 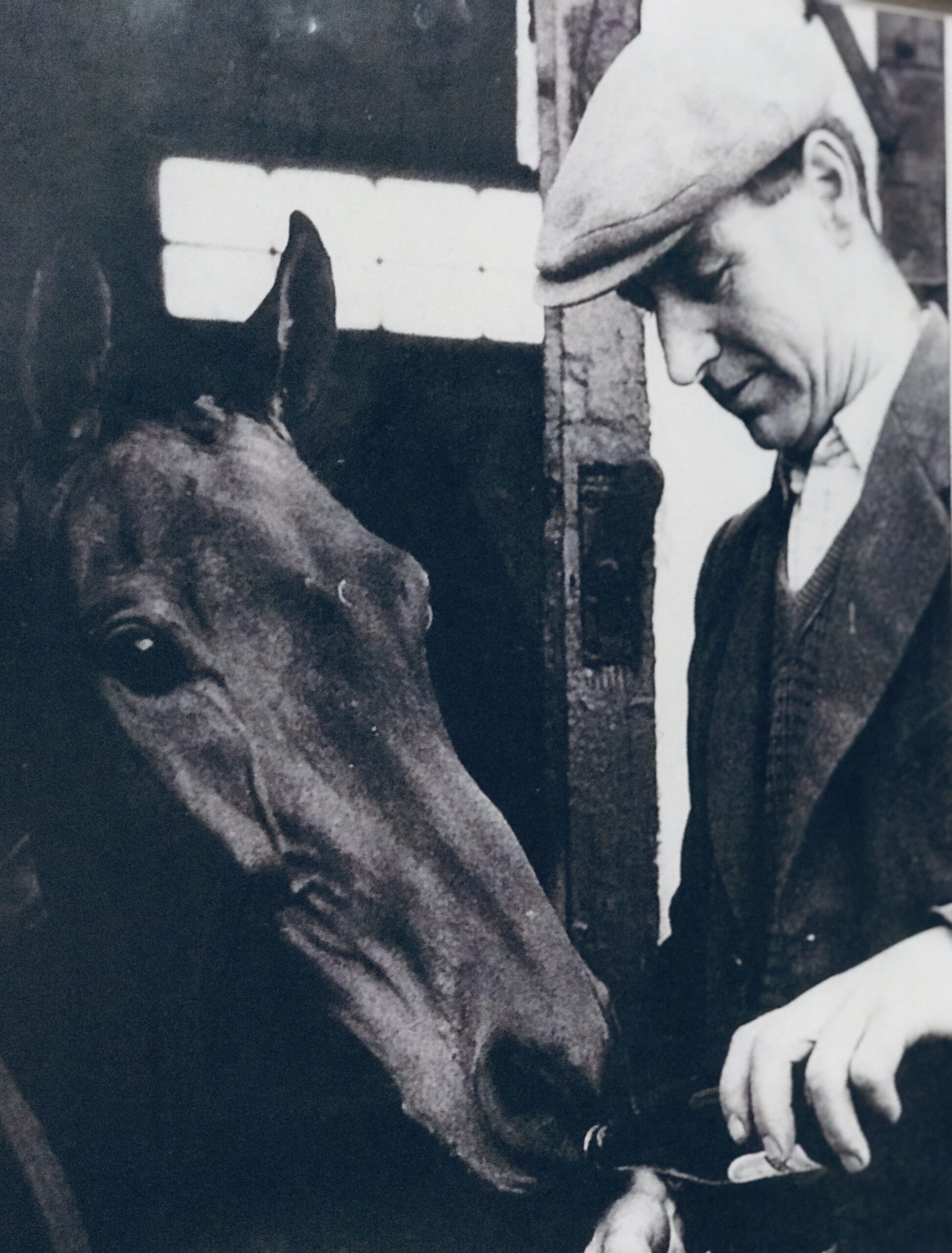