1 in stock (can be backordered)

Celtic Football Club is a Scottish professional football club based in Glasgow, which plays in the Scottish Premiership. The club was founded in 1888 with the purpose of alleviating poverty in the immigrant Irish population in the East End of Glasgow. They played their first match in May 1888, a friendly match against Rangers which Celtic won 5–2. Celtic established themselves within Scottish football, winning six successive league titles during the first decade of the 20th century. The club enjoyed their greatest successes during the 1960s and 70s under Jock Stein, when they won nine consecutive league titles and the 1967 European Cup. Celtic have played in green and white throughout their history, adopting hoops in 1903, which have been used ever since.

Celtic have a long-standing fierce rivalry with Rangers, and the clubs are known as the Old Firm, seen by some as the world’s biggest football derby. The club’s fanbase was estimated in 2003 as being around nine million worldwide, and there are more than 160 Celtic supporters clubs in over 20 countries. An estimated 80,000 fans travelled to Seville for the 2003 UEFA Cup Final, and their “extraordinarily loyal and sporting behaviour” in spite of defeat earned the club Fair Play awards from FIFA and UEFA.

1 in stock (can be backordered) 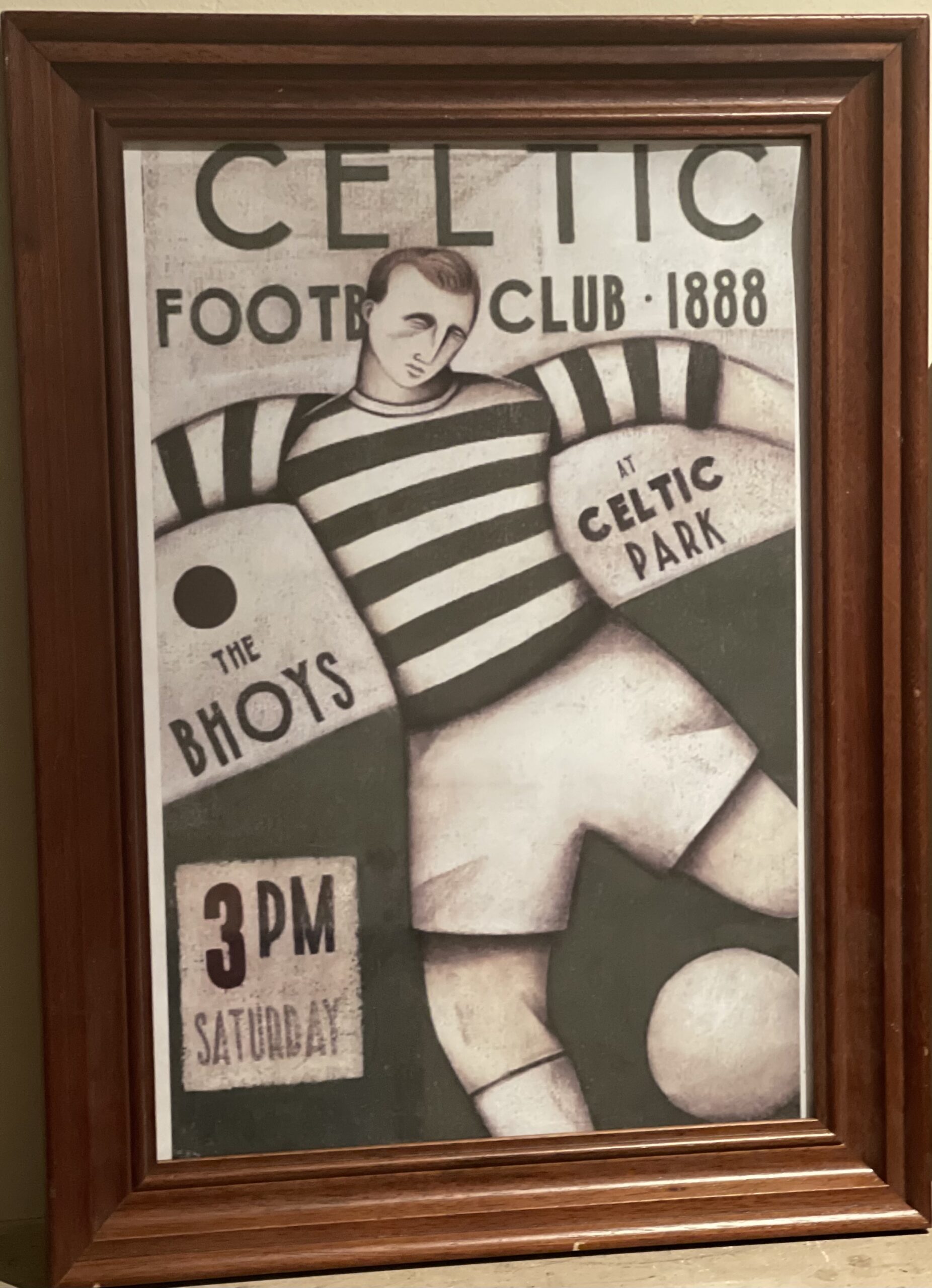 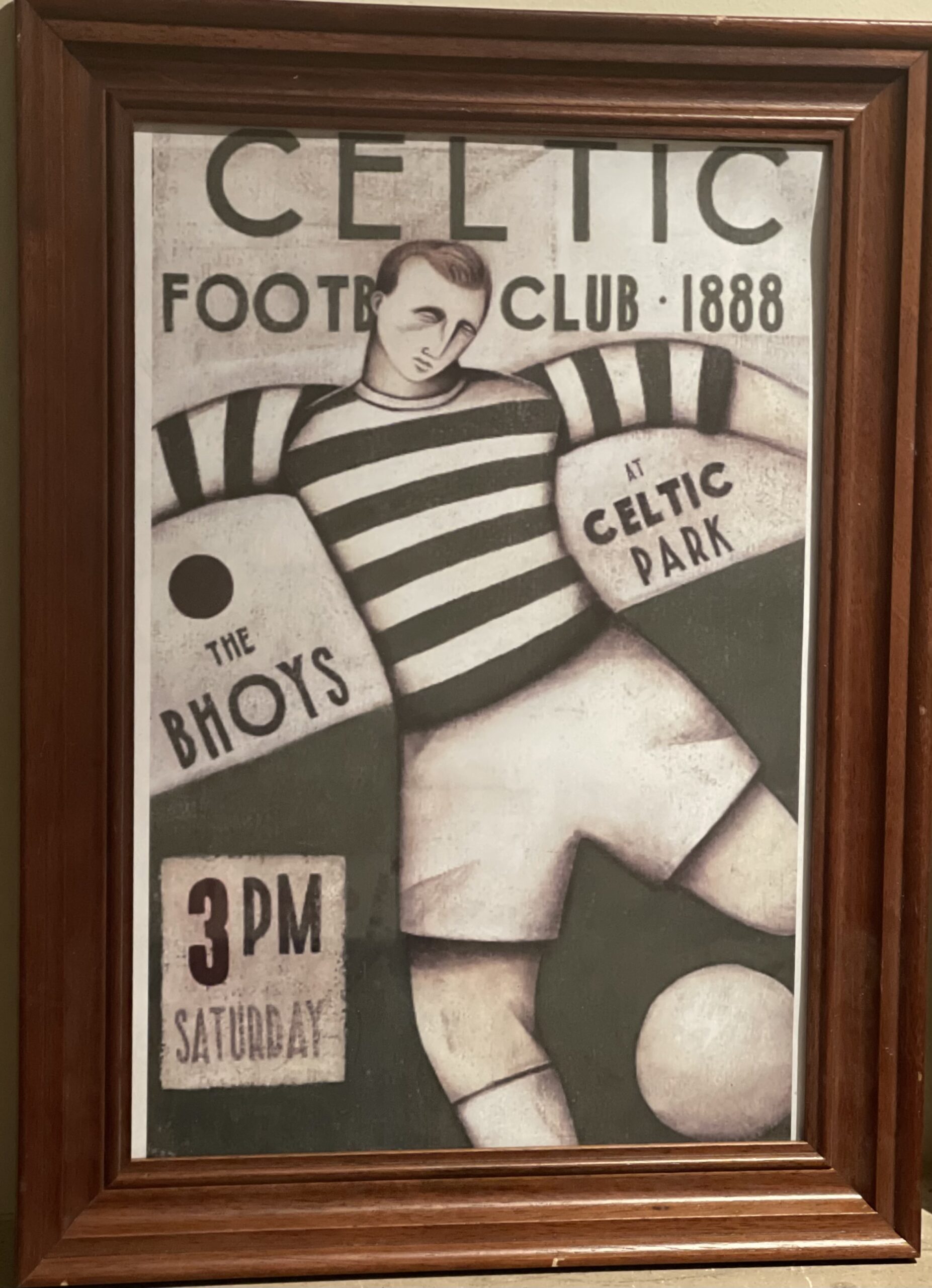 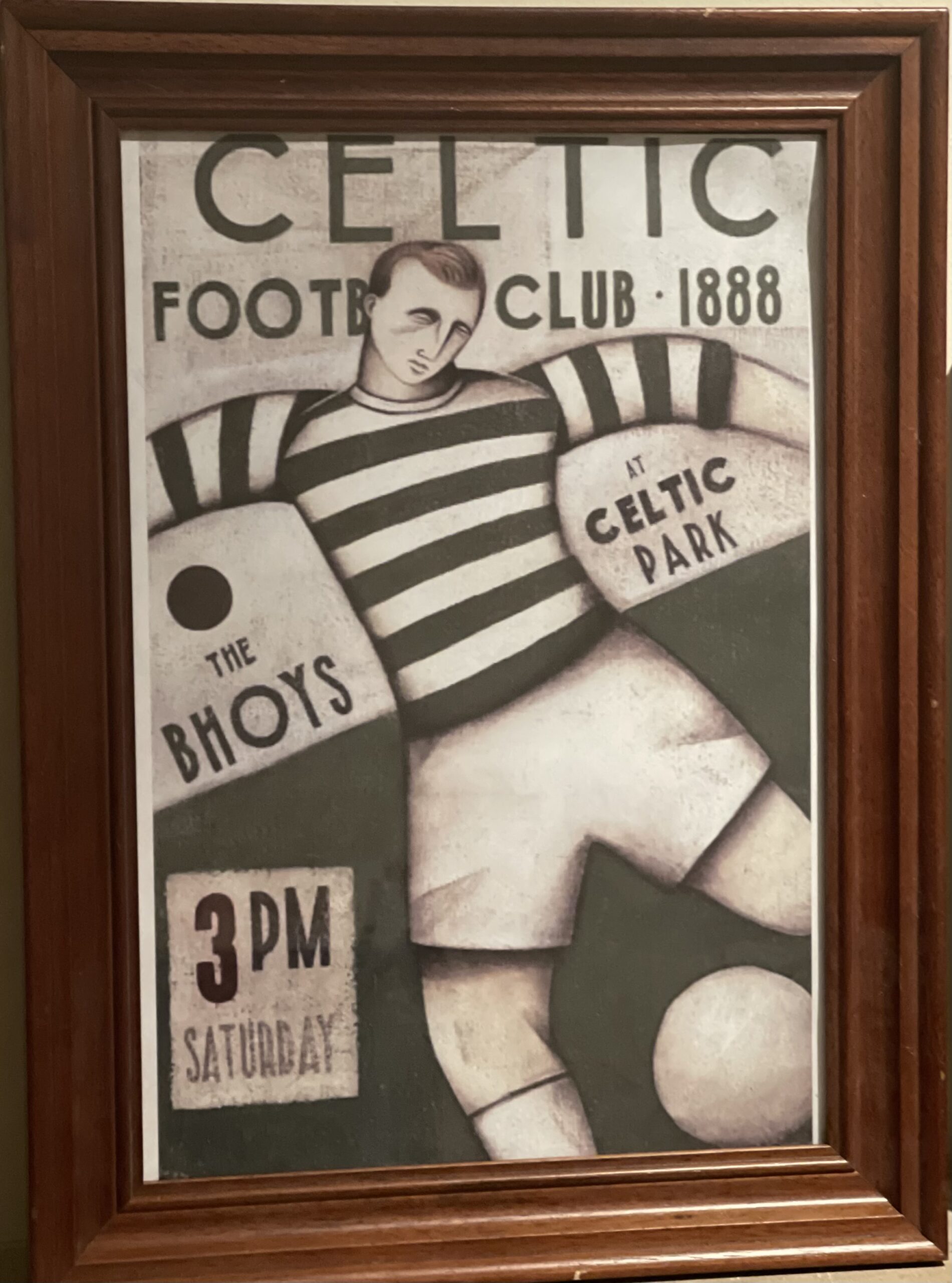 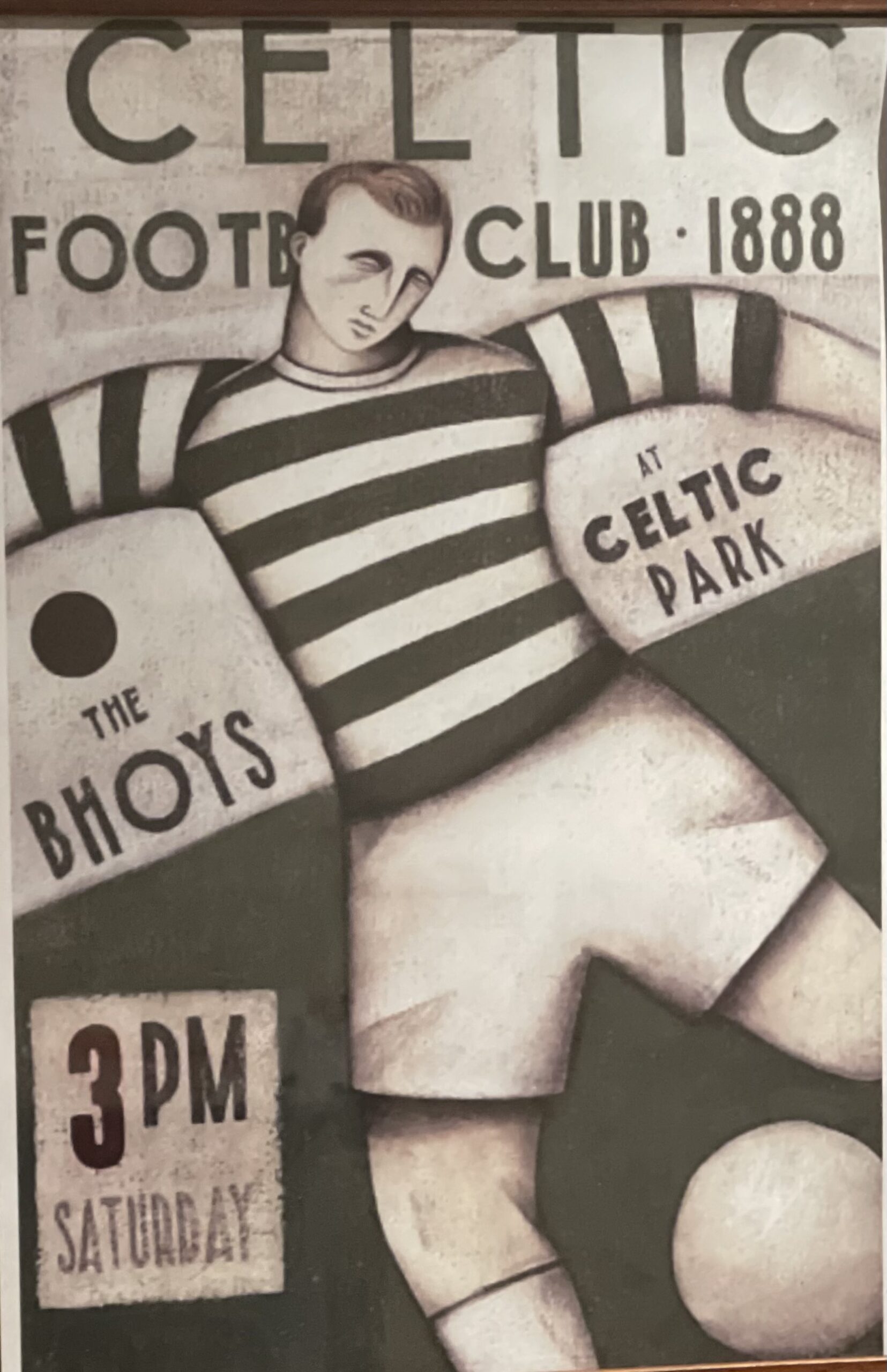 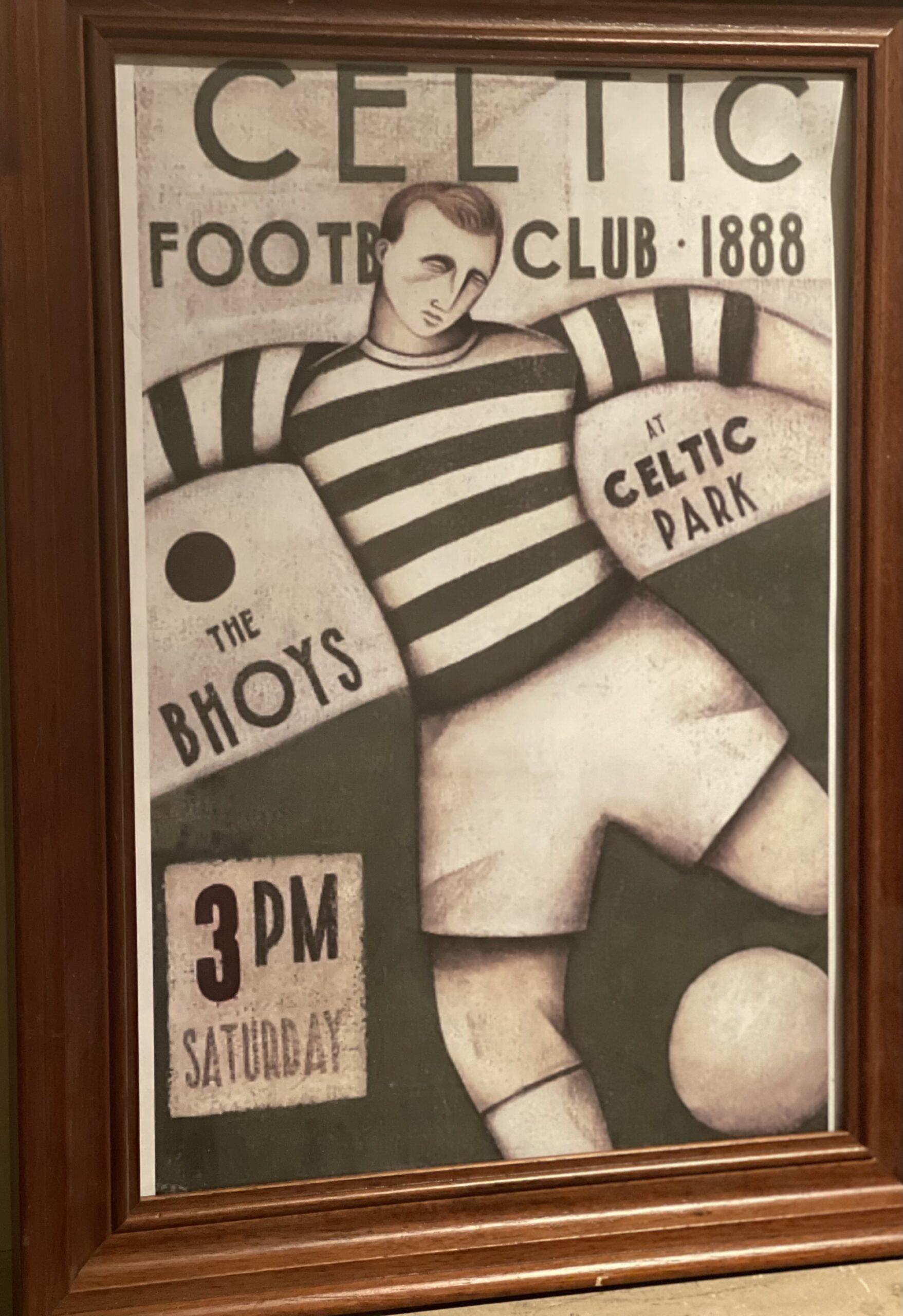