Fantastic offset framed Bulmers Irish Cider advertising showcard of the cider company’s current sponsorship of the blue riband of National Hunt Steeplechasing,the Cheltenham Gold Cup .The showcard features 3 of the main protagonists of the 2020 event, with the famous green and gold silks of JP McManus to the forefront.

While the brand of cider produced locally in County Tipperarymay be known as Bulmers to the people of the Irish republic, it is referred to as Magners everywhere in the world. Established in 1935 by a local from the town of Clonmel named William Magner, the cider factory there was later bought out by cider-makers H. P. Bulmer in 1946.
After buying an orchard in County Tipperary, William Magner began to produce his own Irish cider in the mid-1930s. In 1937, he teamed up with the well-established H.P. Bulmer company from England, acquiring the right to produce under the Bulmers name in Ireland, and the brand became more widespread. Following almost ten successful years in partnership, Magner decided to sell his remaining fifty percent stake to his colleagues, seeing the factory become known as Bulmers Ltd Clonmel.

Unfortunately for H.P. Bulmer, it wasn’t long before the company again changed hands. Coming out on the losing end of a legal dispute with the creators of Babycham sparkling perry over a competing product, they were forced to sell Bulmers Clonmel during the 1960s. Having become part of the C&C Group – a soft drinks and cider company then jointly owned by Guinness and Allied Breweries – production of Irish Bulmers was moved five years later to a modern complex at Annerville, outside Clonmel.

Commercial cider production was started in Clonmel, South Tipperary, in the then Irish Free State, in 1935 by local man William Magner. Magner bought the orchard from Mr Phelan from Clonmel. Magner quickly established a successful cider mill on the site of Thomas Murphy’s brewery in Dowd’s Lane, Clonmel. In 1937, English cider-makers H. P. Bulmer purchased a 50% share in the business, using their expertise to greatly increase production. After the war, in 1946, Bulmer’s purchased the remaining 50%, changing the name to Bulmer’s Ltd Clonmel. H.P. Bulmer maintained international rights to the Bulmer’s trade mark, so that any exports were carried out via the parent company rather than directly exported from Ireland.

In the 1960s, H. P. Bulmer produced a “Champagne perry” product in direct competition with Babycham, owned by Showerings Ltd of Shepton Mallet. Showerings challenged this in court, and H.P. Bulmer lost the case. In 1964, they were forced to sell Bulmer’s Clonmel to Guinness and Allied Breweries, parent company of Showerings. The company name was changed to Showerings (Ireland) Ltd.

Soon after, the company moved its main processing operations to a new complex at Annerville, five kilometres east of Clonmel, which was opened in 1965 by the then Taoiseach, Seán Lemass. Today the Bulmers/Magners arm of C&C Group employs more than 470 people and is a substantial part of the economic infrastructure of Clonmel.

The company also once produced Cidona, a popular soft drink in Ireland which, along with all of the company’s other soft drinks, was sold to Britvic in 2007.

The success of Bulmers cider in Ireland led to the development of the Magners brand to market the company’s cider outside the Republic of Ireland. Since H. P. Bulmer retained the right to market their original British Bulmer’s worldwide, the C&C Group needed a new name under which to market their international product. The concept was originally developed by Brendan McGuinness, John Keogh and Shane Whelan, all of Bulmers Ireland, who argued that the international growth of Irish pubs provided a natural market for a drink such as Irish cider. Majorca in Spain was the first market to sell Magners in May 1999, followed by Munich in Germany in July 1999. Magners was first sold in the United Kingdom in late 1999 when the brand was launched in Northern Ireland. C&C established the trade mark by selling to wholesalers and retailers in London, Glasgow, Birmingham and Cardiff.

Irish Bulmers cider and Magners have the same label and are identical products, except for the name. The ciders are made from 17 varieties of apples (with glucose syrup, E colours and sulphites added for flavouring, colour and as preservative), fermented and matured for up to two years. It is available in 330 ml, 440ml, pint, litre and 750 ml bottles and 500 ml cans, and is served over ice. It is also available in most Irish bars on draught and Magners is available in some bars on draught in Scotland. Initially the Magner’s brand was only available in Spain, Northern Ireland and Scotland. However, the brand saw its popularity increase significantly in recent years and is now available across the United Kingdom, Europe, Australia, Canada,New Zealand, Japan, Hong Kong, Singapore, Thailand and the United States.

In 2004, Magners Light, which is a low calorie version of the cider, was released. In 2011, the Bulmers Light pint bottle was launched. In March 2009, a new perry (marketed as “Pear Cider”) called Magners Pear was launched. In February 2010, Magners Berry was launched. The Berry variety is a blend of 17 varieties of apple, similar to Bulmers Original, fused with blackcurrants, raspberries and strawberries with an ABV of 4.5%. It is available in pint and “long neck” bottle in the licensed trade, and 440ml cans in supermarkets.

Magners Golden Draught was released in 2010 which is a traditional “old style” crisp cider available purely on tap in the on trade market and 2011 with 3 special flavours consisting of Spiced Apple & Honey, Pear & Ginger, and Spiced Apple & Rhubarb available in supermarkets and bars.

In March 2017, Bulmers, as part of a €10 million investment, launched a new copper-toned packaging on its bottles and cans, which are inspired by the warm tones of the liquid colour of the cider. As part of this new branding, a new sweeter cider called Outcider was also launched.

Typically, Magners is advertised as being poured over ice. Drinking cider with ice mirrors the move towards chilled and “extra-cold” beers. Magners’ success led to the UK’s cider market-leader Scottish & Newcastle introducing Strongbow Sirrus in summer 2005, a smooth version of its Strongbow cider produced specifically to be poured over ice, although Strongbow Sirrus has since been discontinued. In 2006 they also relaunched Bulmers Original in the UK, a premium packaged cider.

The Magners brand was the title sponsor of rugby union‘s Celtic League beginning in 2006–07, when the league featured the top teams from Ireland, Wales and Scotland, and ending with the 2010–11 season, the first in which the league included teams from Italy. Magners sponsored the 2007 Brighton Festival Fringe. From 2003 to 2005 Magners sponsored the Scottish football team Dundee FC. The Magners brand was also one of the main sponsors of the 2009 Edinburgh Festival Fringe and is the main sponsor of the Glasgow International Comedy Festival. This has also extended to Singapore, where they sponsored the King’s and Queen of Comedy Asia in 2010 and the Comedy Club Series.

In 2013, it was announced that Magners would replace Tennent’s Lager as the main jersey sponsor for Celtic F.C. when that contract expired. Magners will be on Celtic’s shirts for three years starting from the 2013–14 season.

On 20 August 2013, Celtic wore the Tipperary Natural Mineral Water logo on the front of their shirts for their UEFA Champions League first-leg clash with FC Shakhter Karagandy due to Kazakhstan’s restrictions on alcohol advertising. Celtic switched to Tipperary Water as it is also owned by the C&C Group.

From 2019 until 2022, Magners will sponsor the Cheltenham Gold Cup. 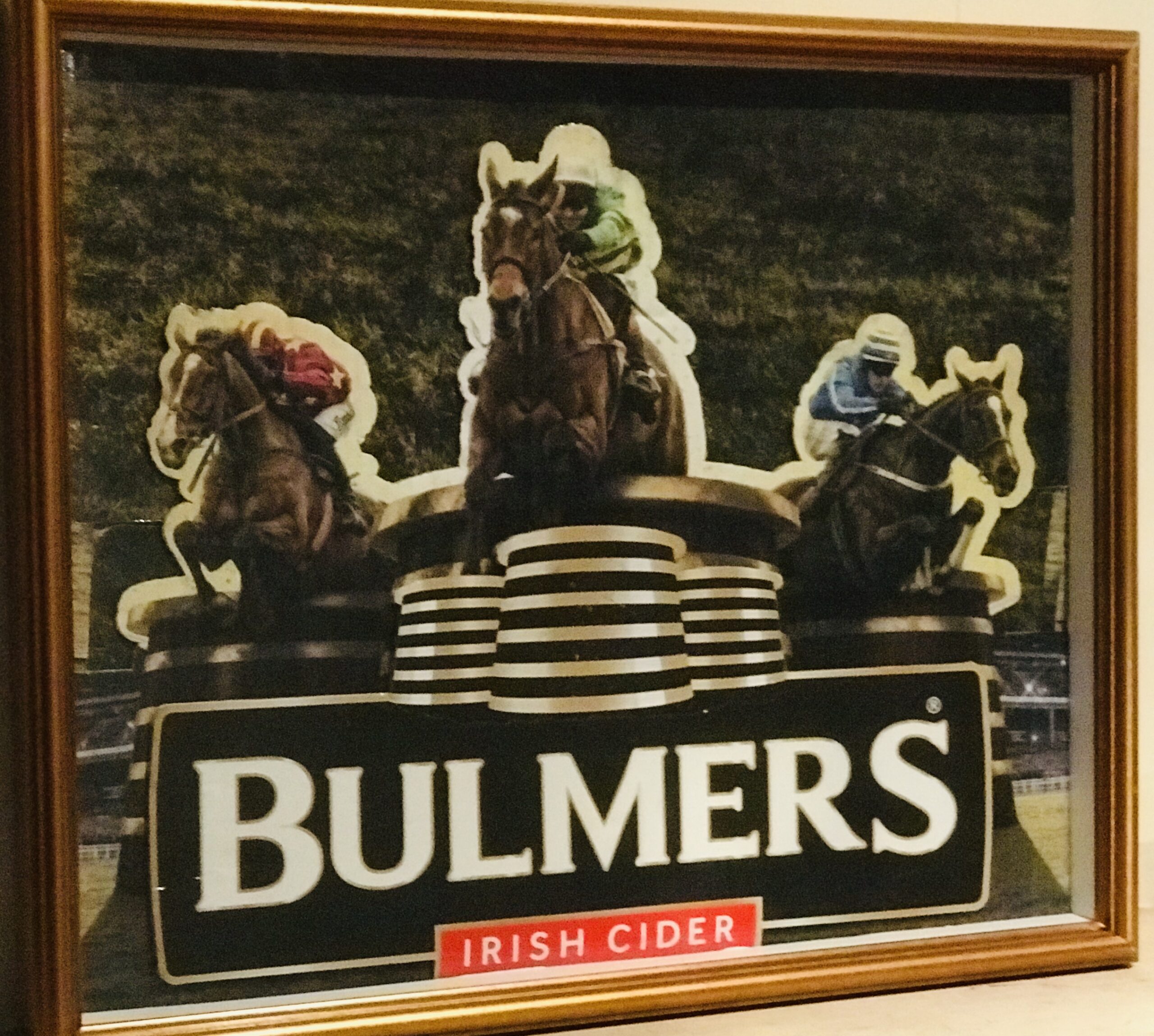 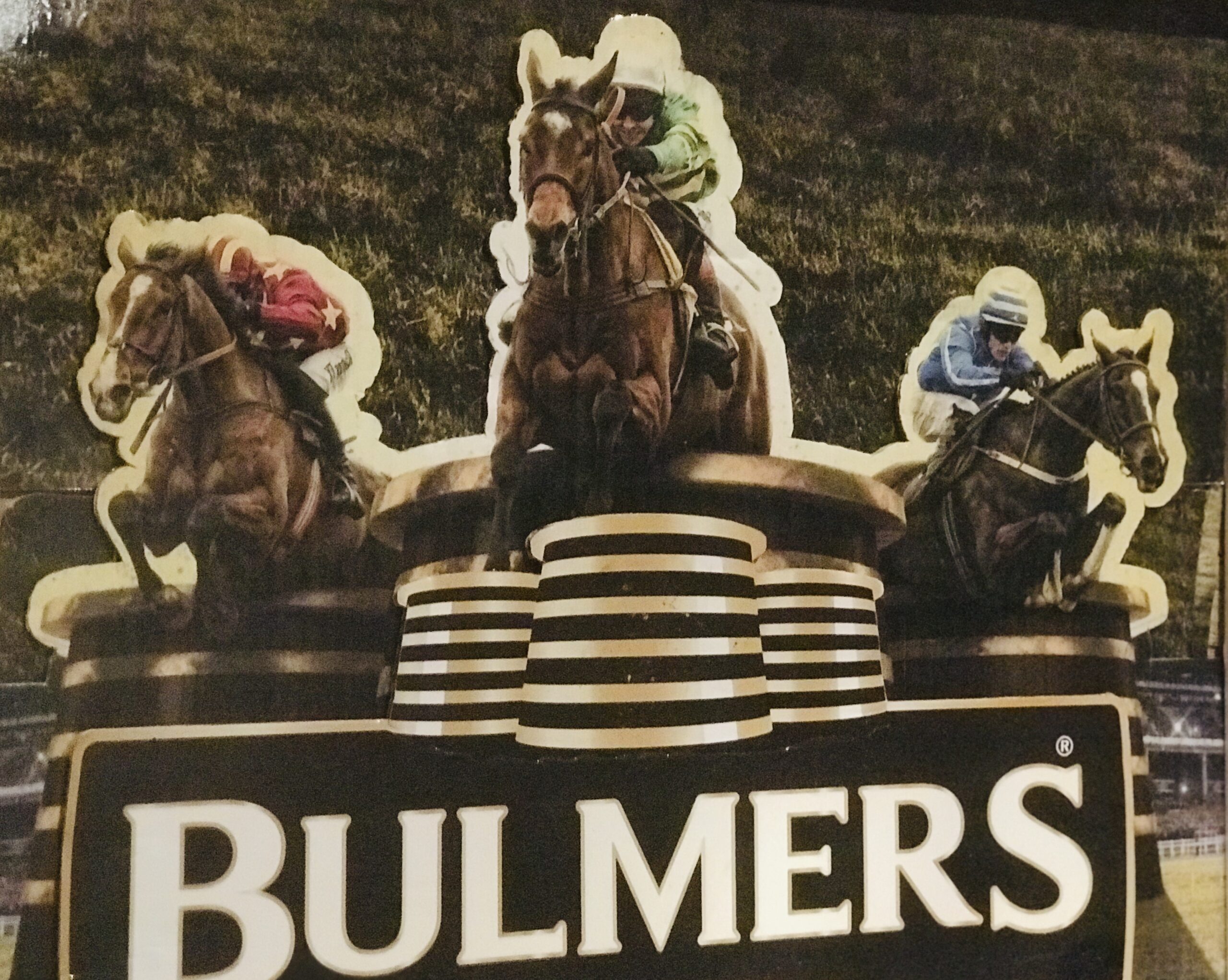 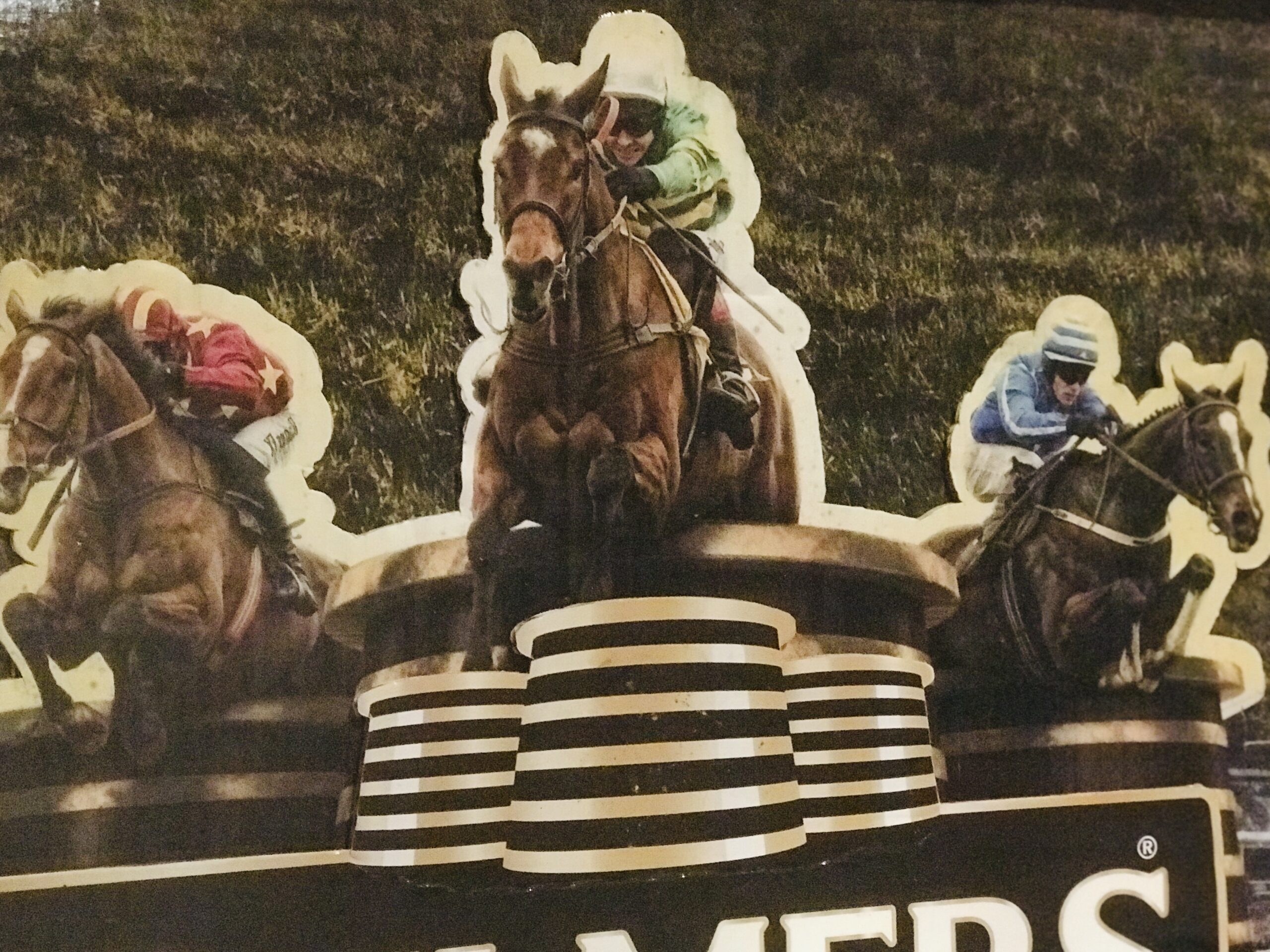 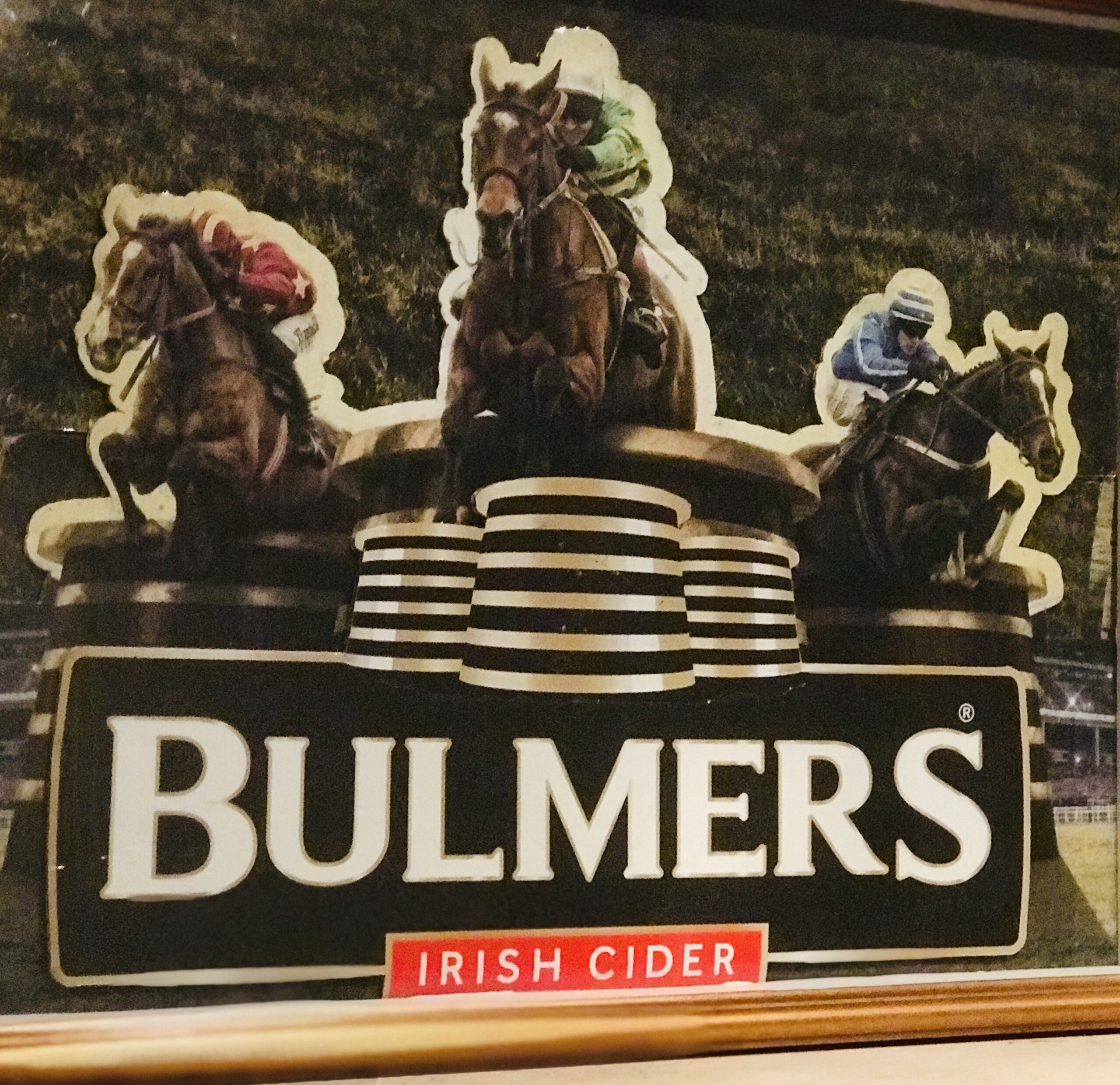