Cutty Sark is a range of blended Scotch whisky produced by La Martiniquaise. The whisky was created on 23 March 1923 as a product of Berry Bros. & Rudd, with the home of the blend considered to be at The Glenrothes distillery in the Speyside region of Scotland. The name comes from the River Clyde–built clipper ship Cutty Sark, whose name came from the Scots language term “cutty-sark“, the short shirt [skirt] prominently mentioned in the famous poem by Robert Burns, “Tam o’ Shanter“. The drawing of the clipper ship Cutty Sark on the label of the whisky bottles is a work of the Swedishartist Carl Georg August Wallin. He was a mariner painter, and this is probably his most famous ship painting. This drawing has been on the whisky bottles since 1955. The Tall Ships’ Races for large sailing ships were originally known as The Cutty Sark Tall Ships’ Races, under the terms of sponsorship by the whisky brand.

Cutty Sark was originally distributed in the United States by Buckingham Co.,which was acquired by Allied Lyons (later Allied Domecq) in 1989.Skyy Spirits bought the distribution rights from Allied Domeq in 1999.After Edrington acquired the brand, it switched US distribution from Skyy to Rémy Cointreau USA. Edrington launched its own distribution unit in the US in 2014.

The most popular member of the range, Cutty Sark Original Scots Whisky, is sold in a distinctive green bottle with a yellow label. The range also includes other blends, and premium blends, currently identified by the age of the youngest whisky in the blending

Billie, one of the go go dancers from the film Faster, Pussycat! Kill! Kill! by Russ Meyer gets drunk with a bottle of Cutty Sark during lunch at the California desert. Cutty Sark makes an appearance in many novels by Haruki Murakami, most notably The Wind Up Bird Chronicle, 1Q84, and Colorless Tsukuru Tazaki and His Years of Pilgrimage. It is a character’s favourite drink in the 1978 novel The Human Factor by Graham Greene. Cutty Sark is one time favourite drink of Clive Cussler‘s hero Dirk Pitt and also of Cussler himself, who is featured as a bit character in most of his novels. A bottle of Cutty Sark vintage 1985 is mentioned to be worth a fortune in science fiction novel Lies, Inc. by Philip K. Dick. In Yukio Mishima‘s 1971 novel The Decay of the Angel, Cutty Sark is the whiskey of choice for Honda, the main character.

James Hadley Chase refers to Cutty Sark in several of his crime novels. In the second part of the 2009 novel Invisible by Paul Auster, the protagonist Adam Walker serves Cutty Sark on ice to his sister Gwyn, just before supposedly seducing her. Cutty Sark is often referenced by the main character in Thomas Sherry’s novel, Deep Winter. Rick Drummond keeps a bottle at hand for very special occasions. Other characters immediately recognise how valuable the bottle is when supplies soon become scarce.

In Stephen King’s short story “The Man Who Would Not Shake Hands“, published in his collection of short stories Skeleton Crew, the narrator and his friends drink Cutty Sark as they play poker.

Cutty Sark featured in the film Pawn Sacrifice (starring Tobey Maguire as Bobby Fischer and Liev Schreiber as Boris Spassky). In the film The Associate, Whoopi Goldberg plays character Laurel Ayres who has to quickly create a fictional white man’s name. She is inspired by a bottle of Cutty Sark and uses the name Robert S. Cutty.

Cutty Sark is featured in the film Green Book, in which the character Don Shirley, played by Mahershala Ali, requires that his driver/bodyguard, Tony “Lip” Vallelonga, played by Viggo Mortensen, makes sure that a bottle of Cutty Sark is made available daily in his sleeping quarters. Don is seen frequently taking a drink from this bottle.

Cutty Sark is the mentioned in Gary Paulsen’s young adult novel, The Crossing, which tells the story of an alcoholic sergeant who helps a young boy immigrate to El Paso.

Cutty Sark also features in the film Goodfellas as cases of it are transported from the back of a truck into a restaurant. Joe Pesci orders a Cutty and water from Spider while playing cards just before shooting Spider in the foot.

Joe Grivasi orders “Two Cuttys neat with water backs” for he and James Caan in the film Hide in Plain Sight.

“Cutty Sark” is the title of a long section of Hart Crane‘s poem sequence “The Bridge“. In the poem the poet drinks whiskey with a sailor and traveler at a bar in Manhattan, then walks home across Brooklyn Bridge.

In the 2007 film Gone Baby Gone, at 1:22:58 during a scene titled by Miramax as “Bressant’s Last Stand”, Patrick Kenzie (Casey Affleck) and Angie Gennaro (Michelle Monaghan) are interrogating Lionel McCready (Titus Welliver) at the bar Murphy’s Law in Boston. When the interrogation becomes heated, Lionel (Welliver), slams his fist down on the table at which he is sitting and demands service; to the responding waitress he asks of “three shots of Cutty and a tallboy”.

Cutty 12 makes an appearance in Mad Men season 7, Episode 2 “A Day’s Work” when Pete pours a glass after a phone call.

Cutty Sark features throughout the 2018 film Green Book where the lead character Don Shirley requests a bottle to be in his room every night.

Psych S3 Ep.4, “The Greatest Adventure in the History of Basic Cable” Uncle Jack states “It’s a long story; a one-legged woman, bottle of Cutty Sark.” Trying to explain why a piece of his treasure map is missing. 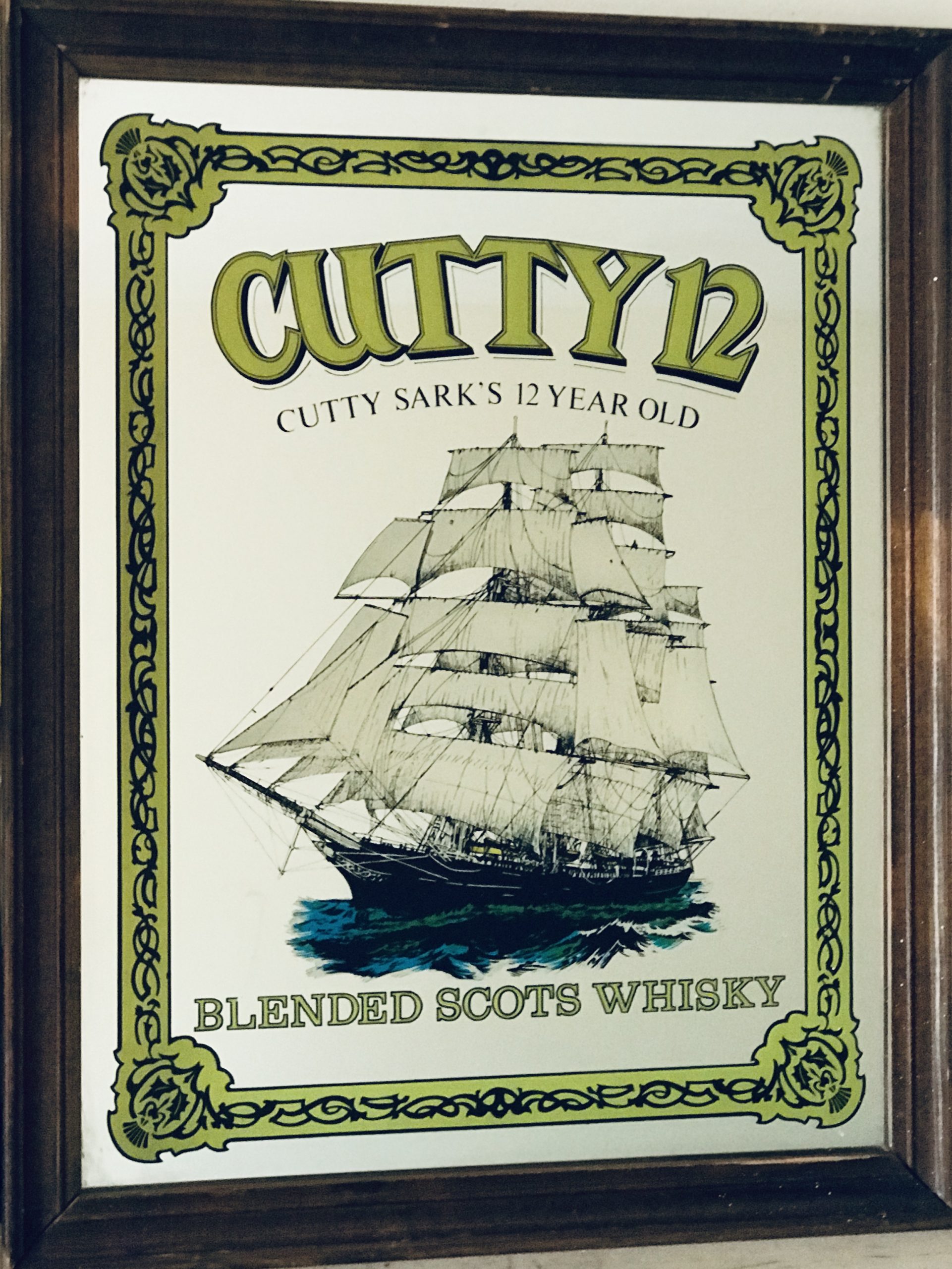 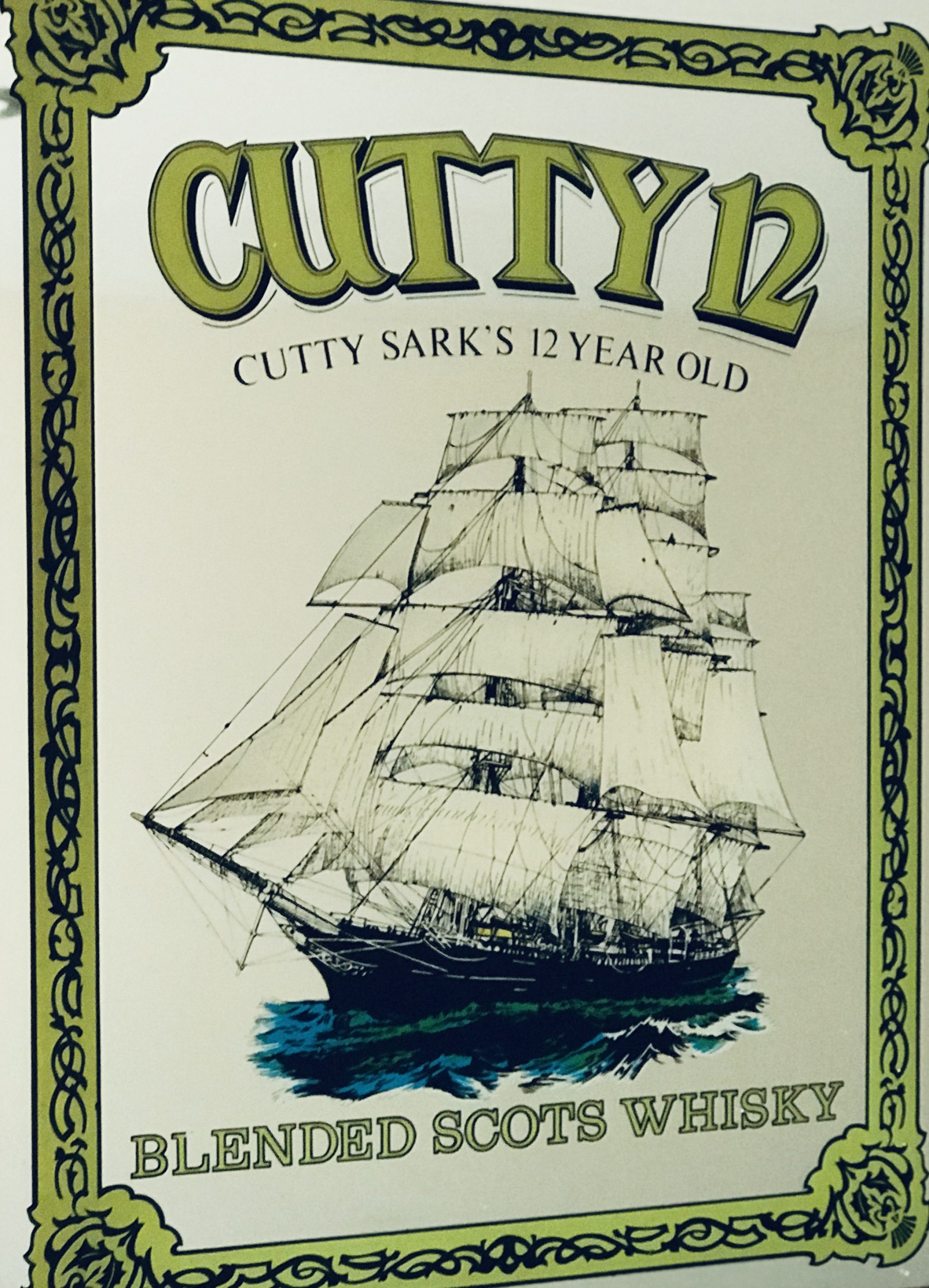 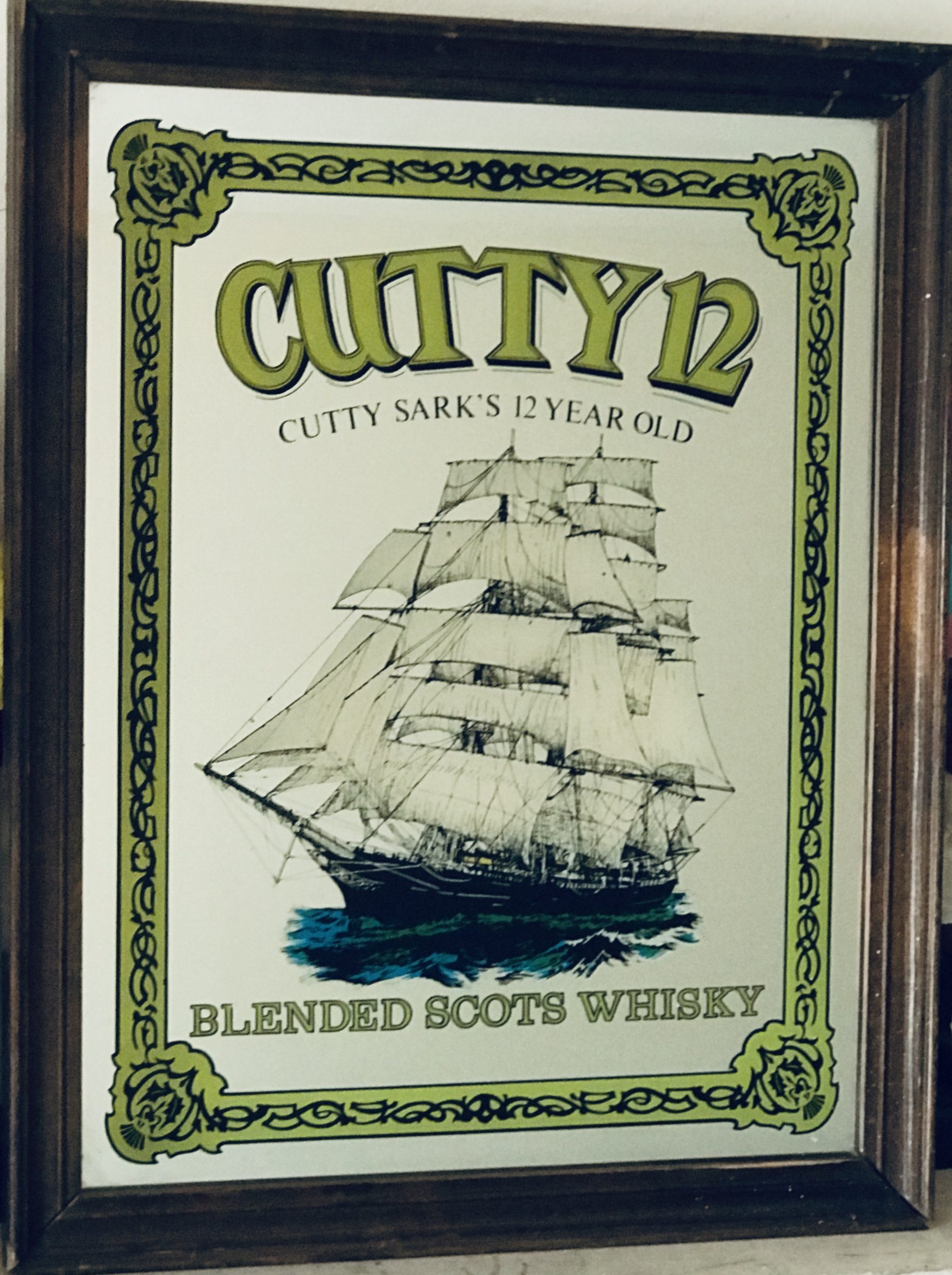