The definitive Ferrars History of Limerick was first published in 1787
There are very few copies still in existence and these 5 prints were generously taken from 16 original engravings in the first edition .

Castleconnell, picturesquely situated on a rock overlooking the Shannon, about six miles north of Limerick, became the principal castle of the Bourkes in West Clanwilliam. This was the ancient seat of the O’Conaings, and took their name Caislean-ui-Chonaine. It subsequently fell into the possession of the O’Briens of Thomond.

King John made a grant of Castleconnell, with five knights’ fees, to William de Burgh, who erected a strong castle there. Walter De Burgh, about the end of the thirteenth century, considerably enlarged and strengthened this castle, which was the chief stronghold of his descendants at the end of the sixteenth century. 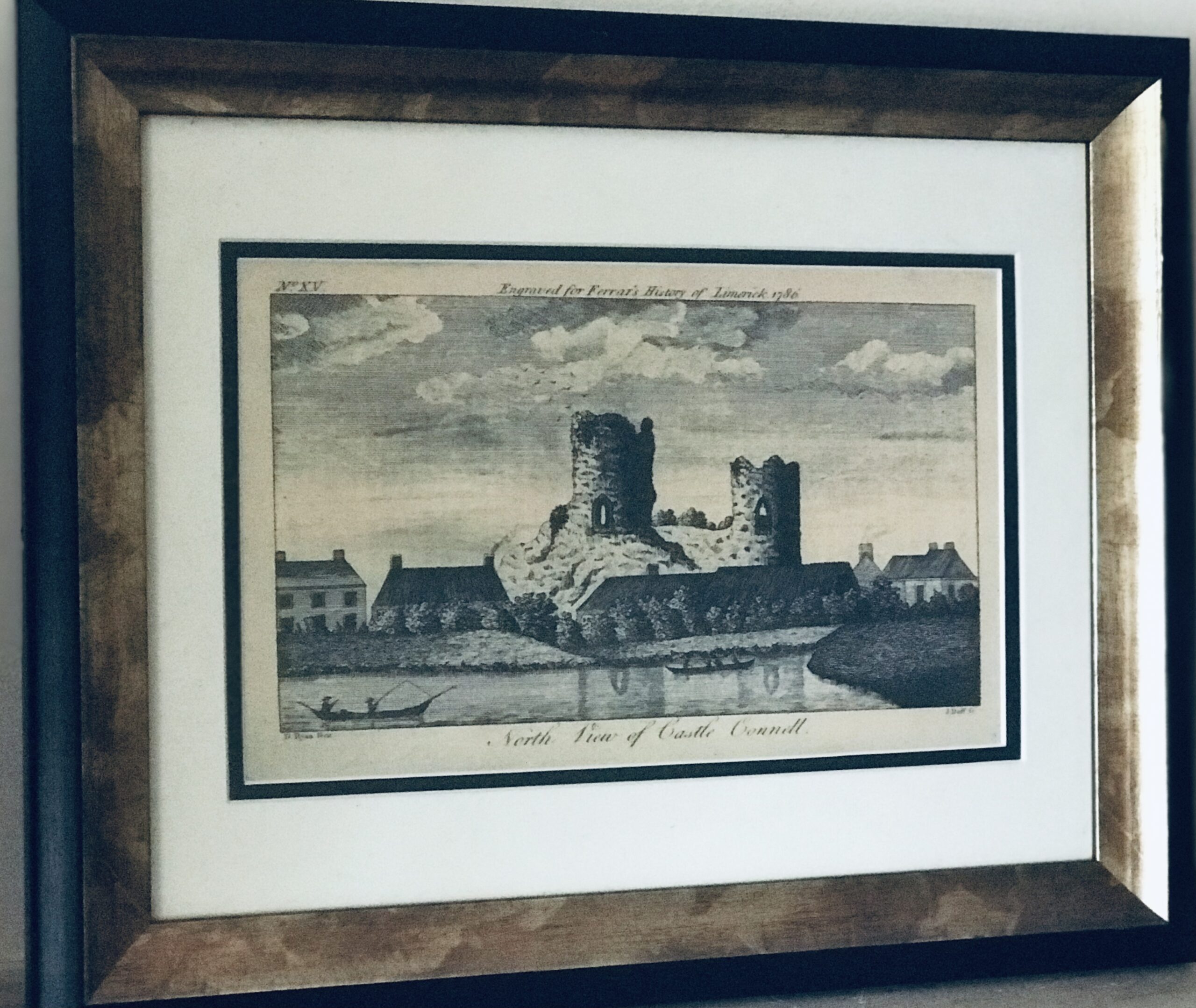 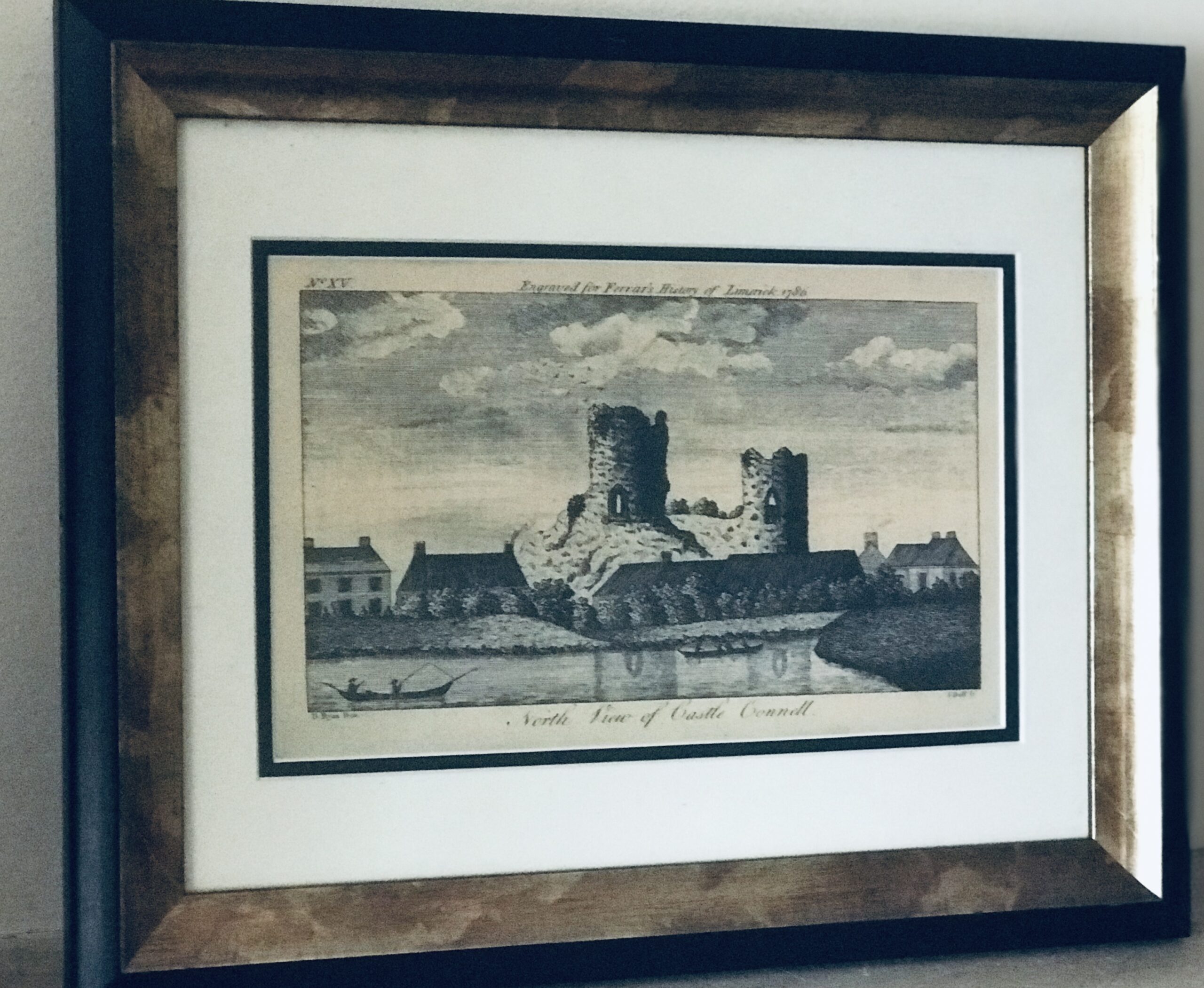 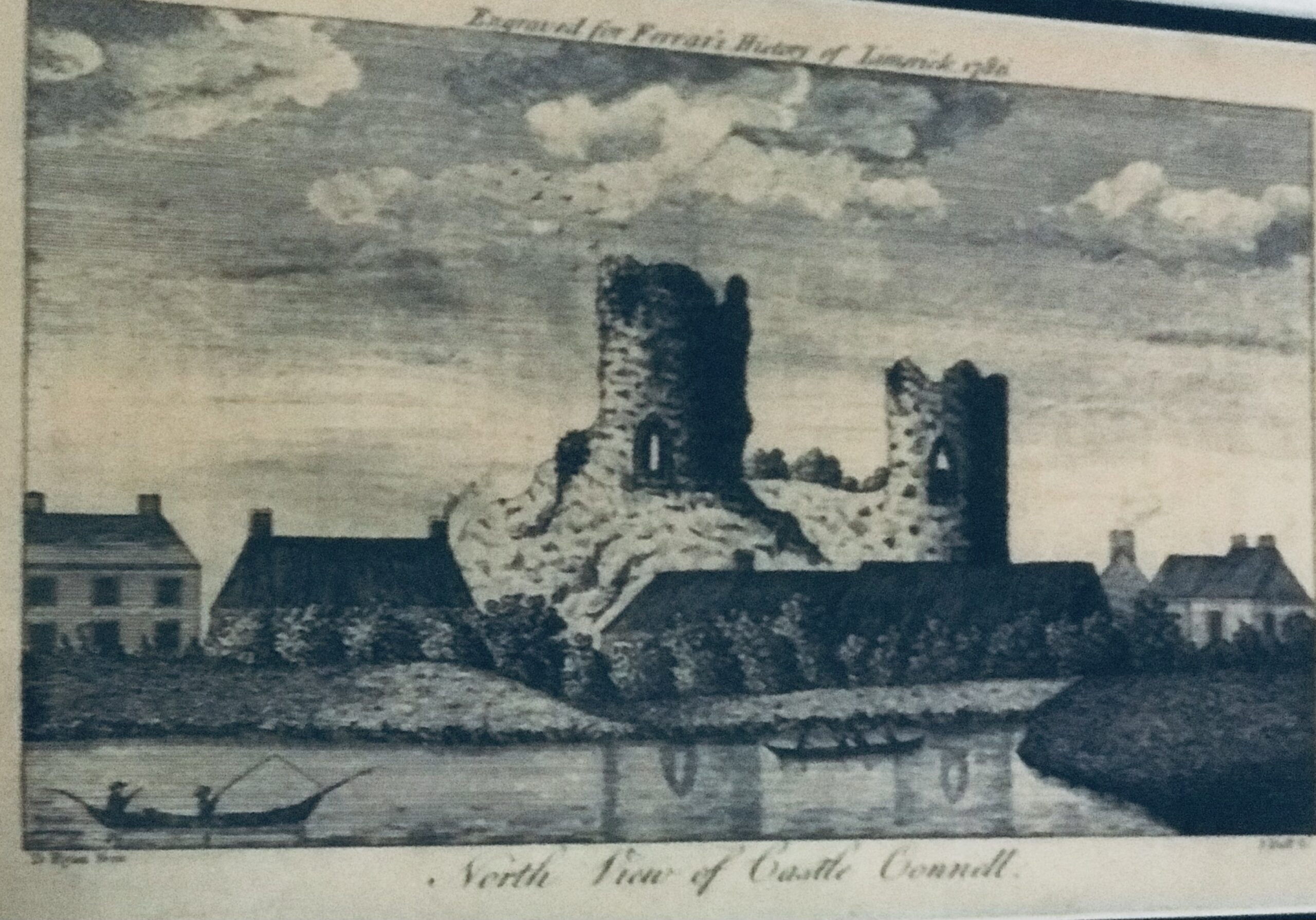 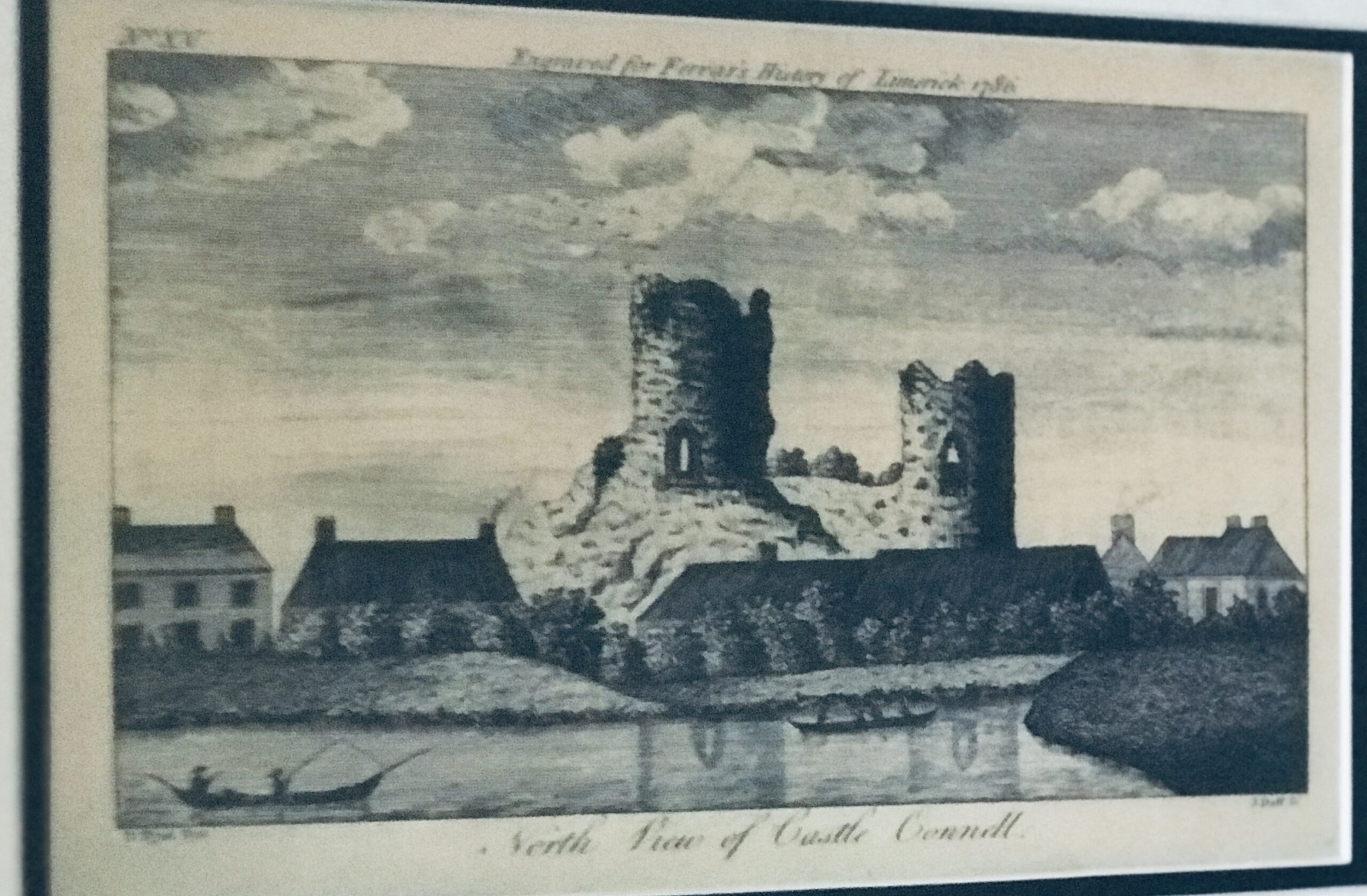