Nice image from the 1978 Guinness Calendar by the cartoonist and illustrator Giles of the ubiquitous bottle of Guinness Stout. 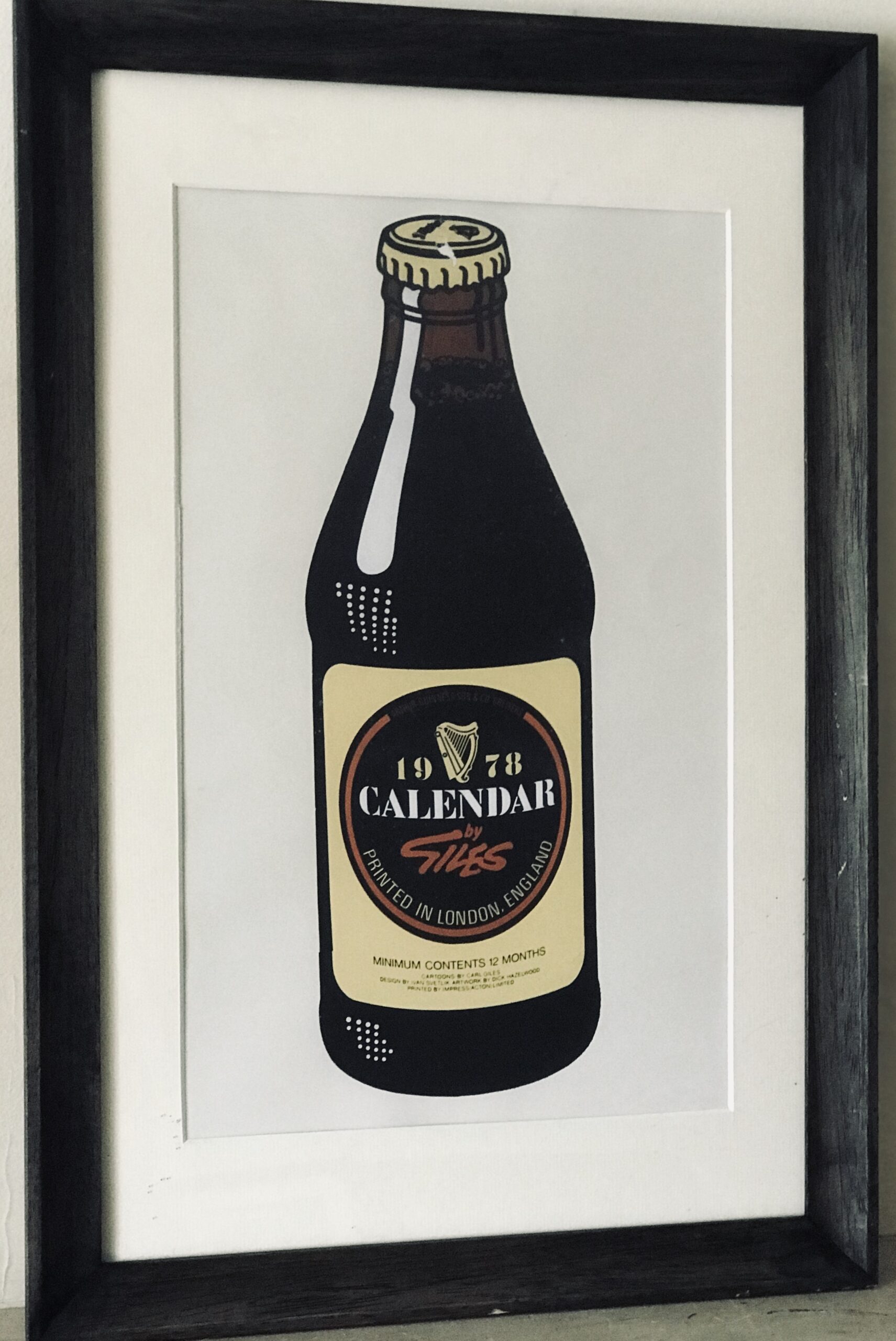 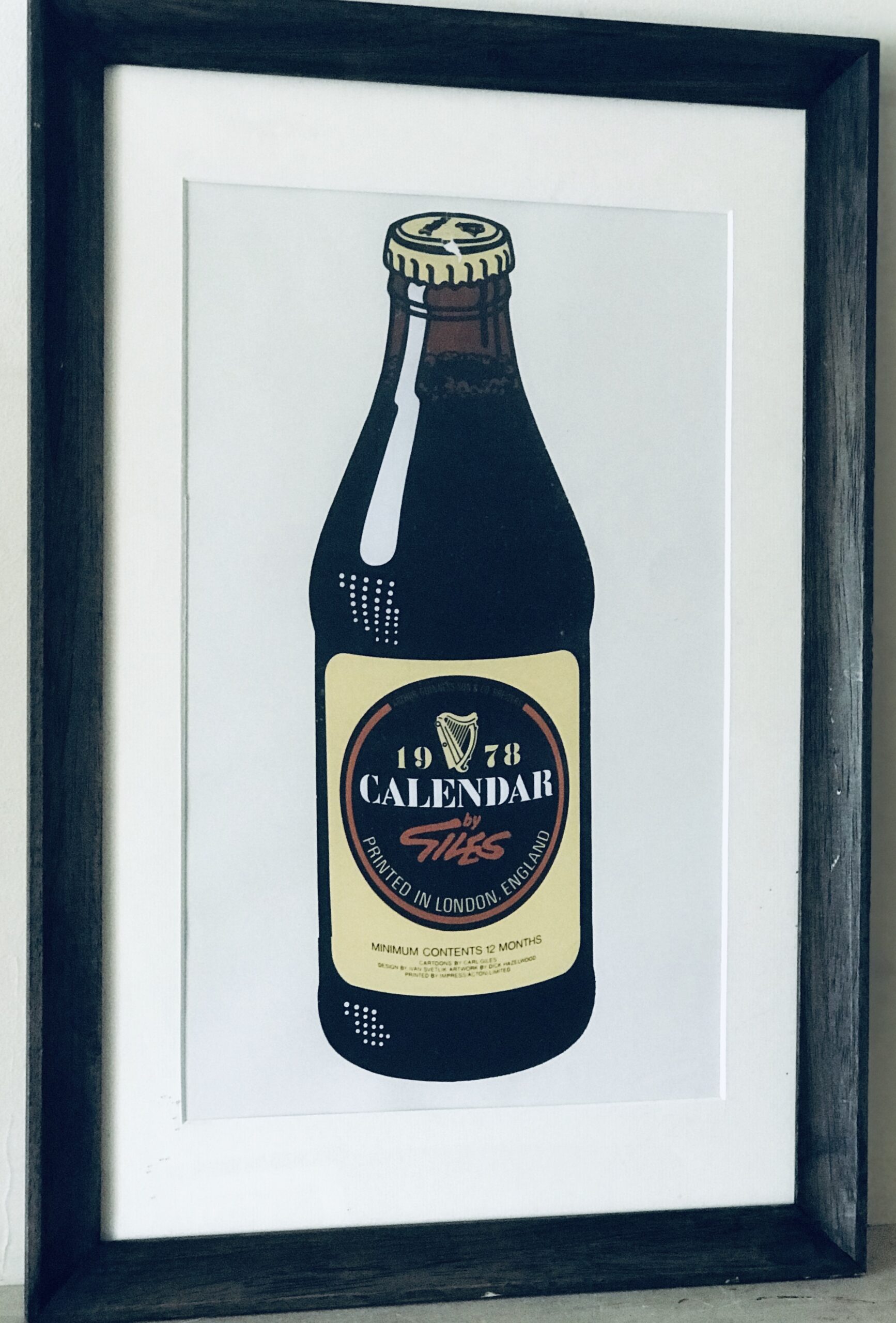 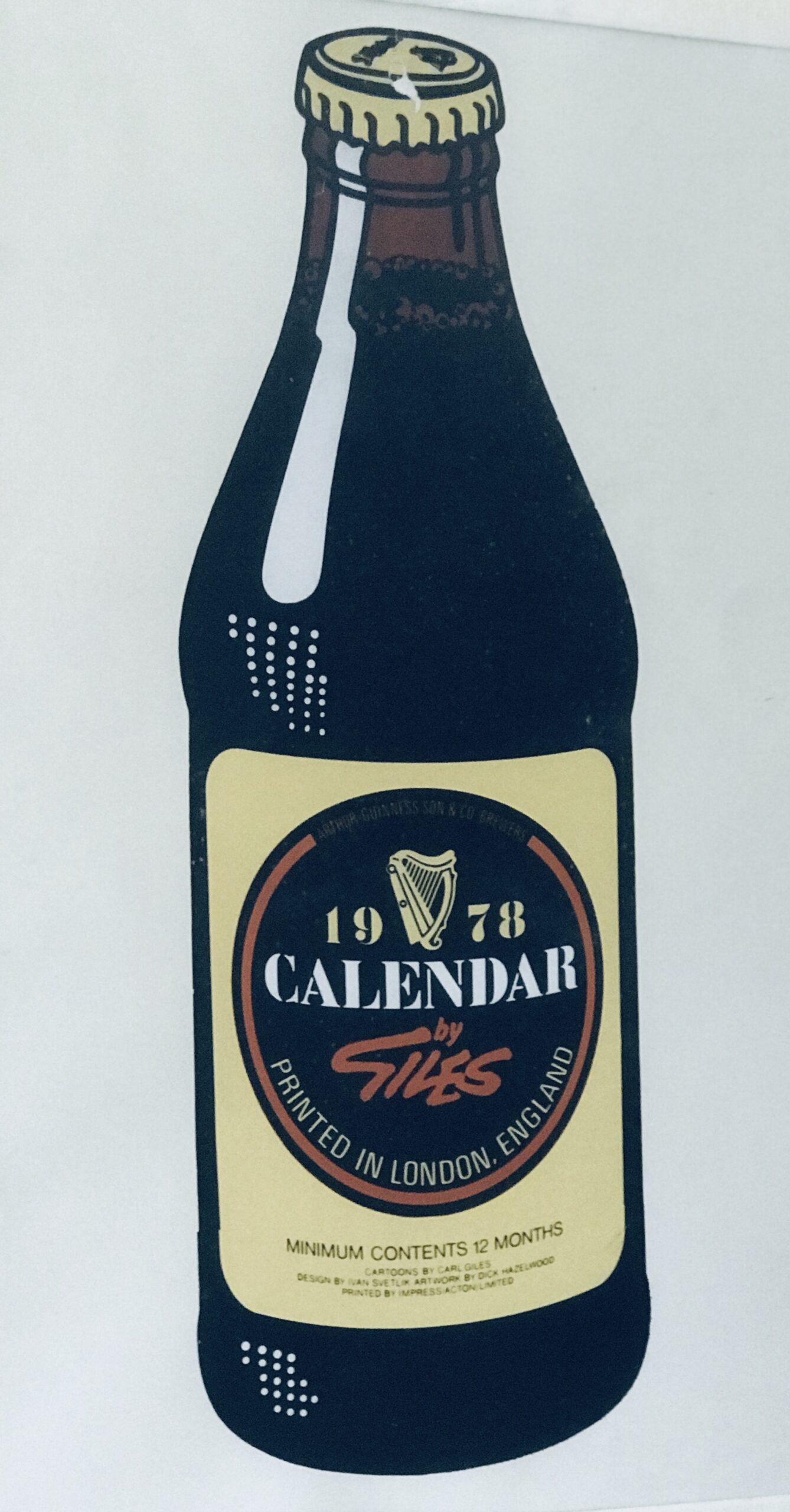 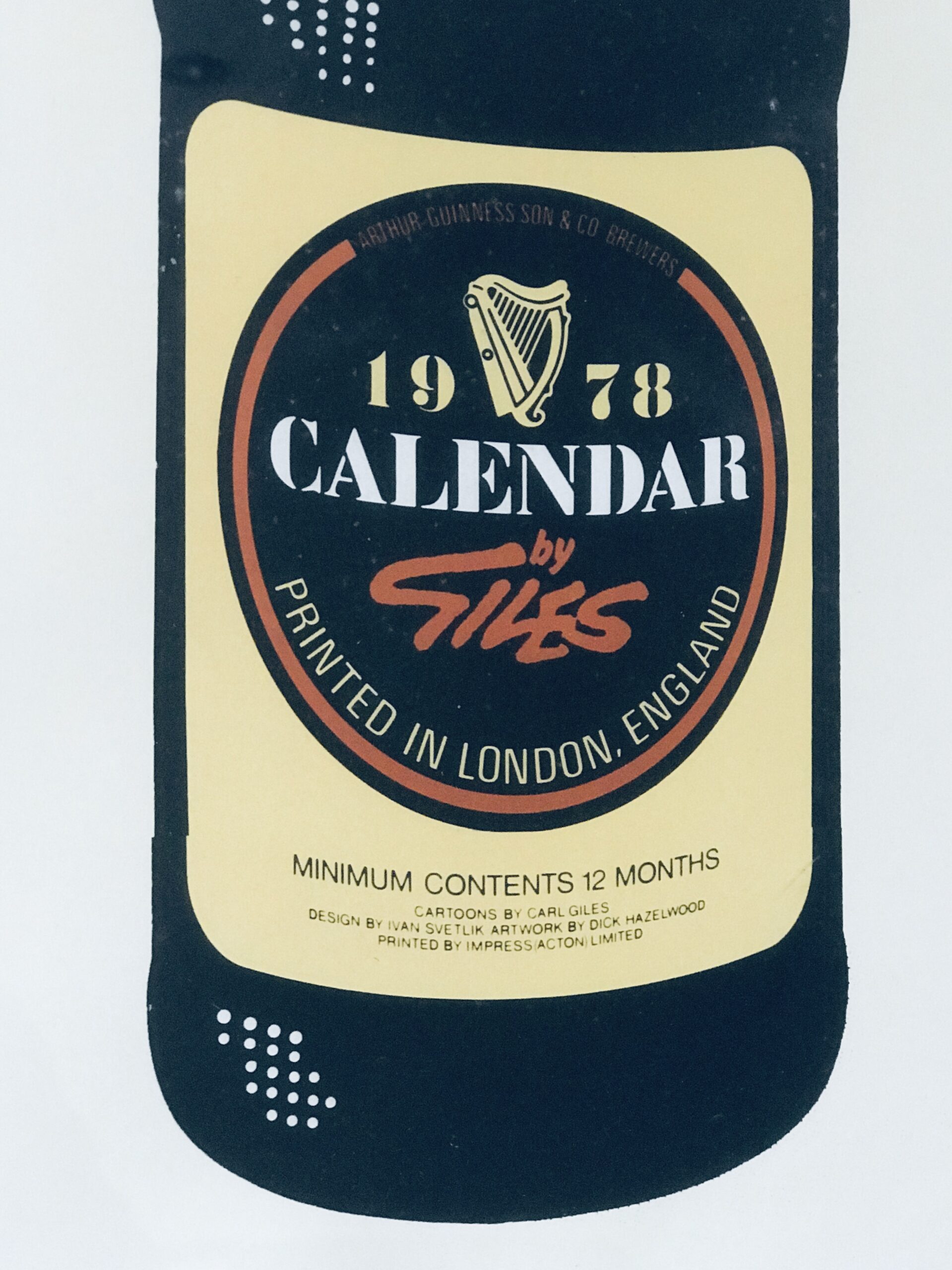