Guinness Retro advert fashioned from the blood, sweat,tears and spillage of well used Irish Bar Trays  & enamel advertising signs.Using high quality reprographics we have brought every scratch,dent and mark back to life in the shape of this unique series of prints. 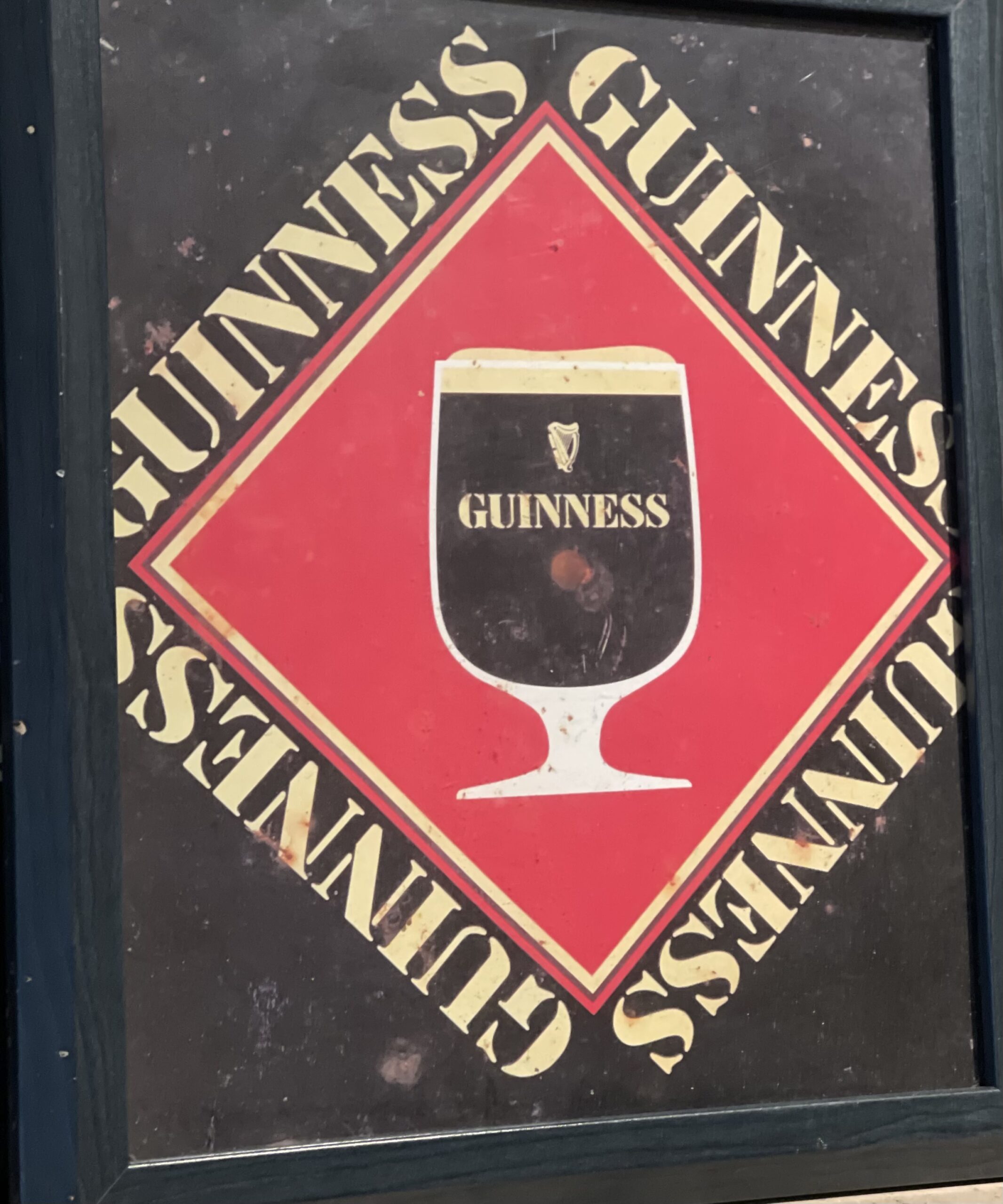 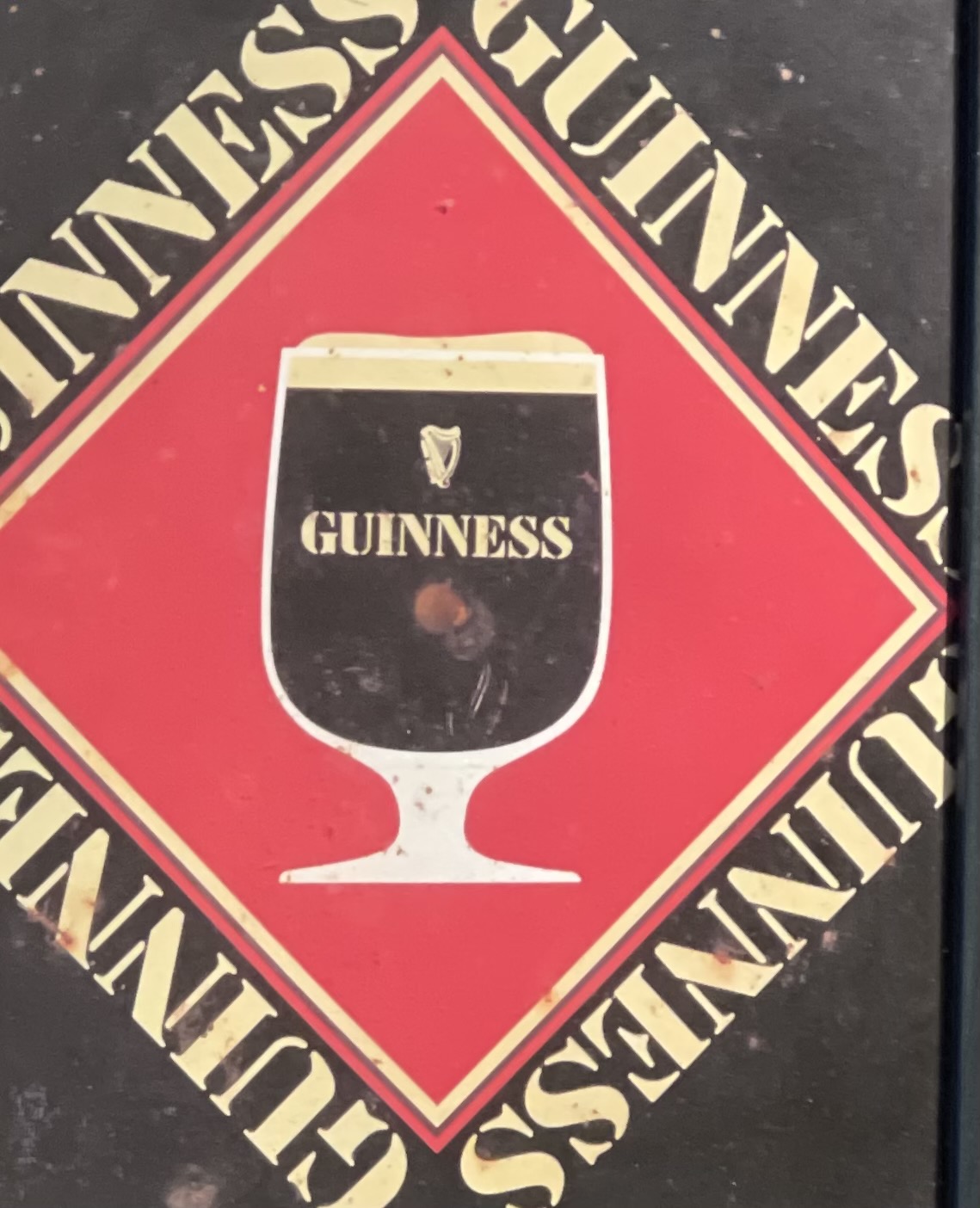