We found an old Guinness Beer garden umbrella/parasol from the 1970s and decided convert into a number of unique framed pieces of retro Guinness advertising memorabilia. 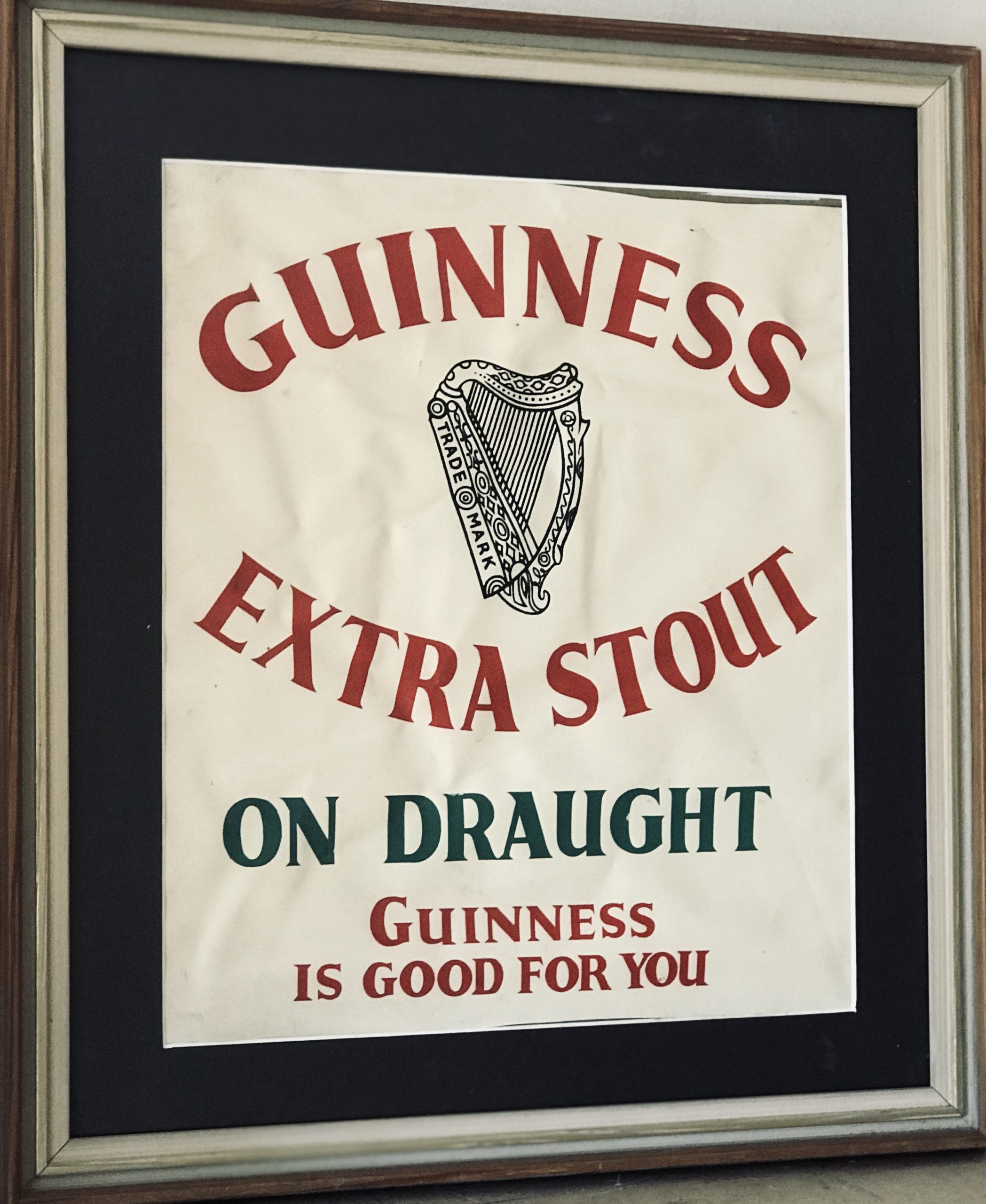 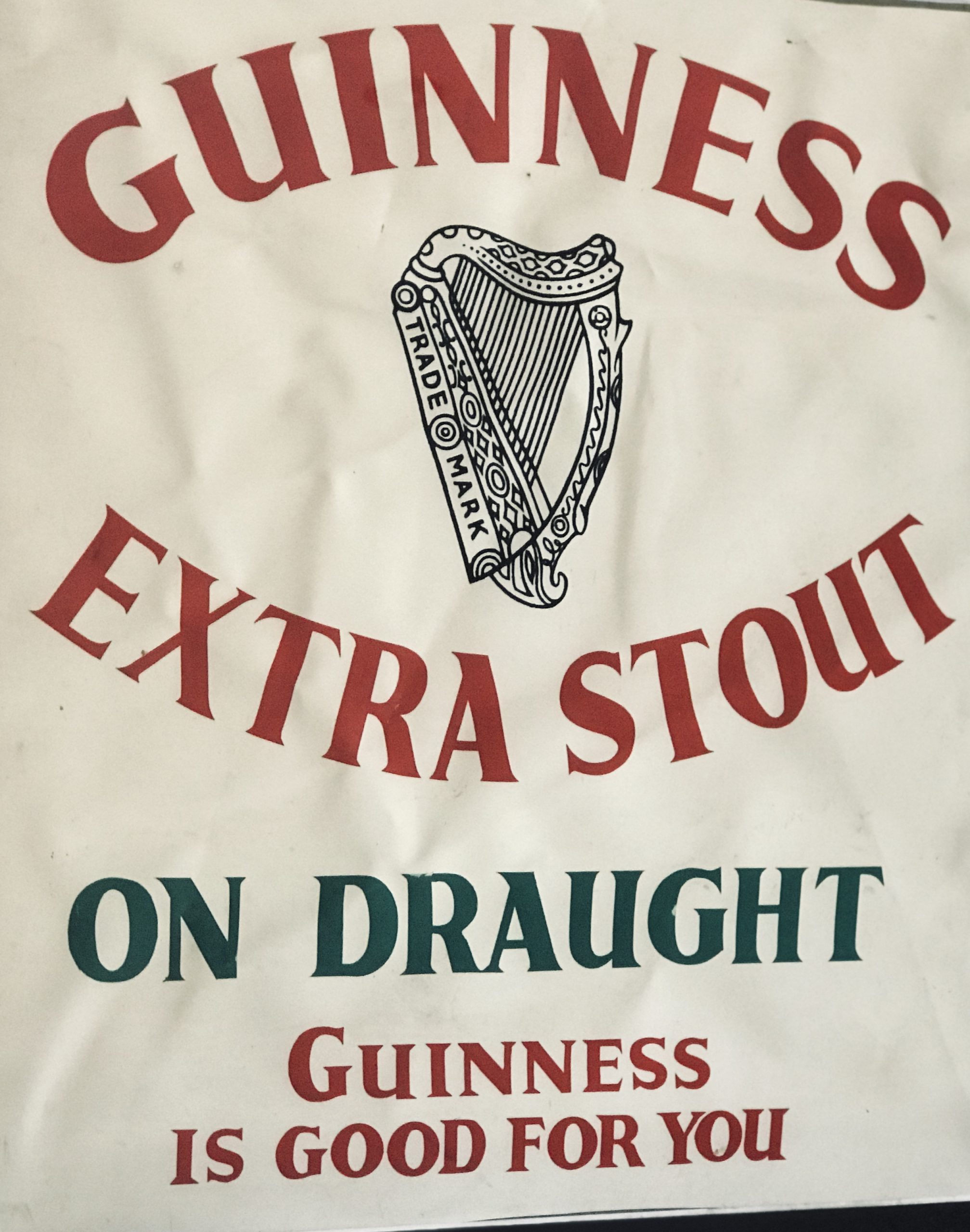 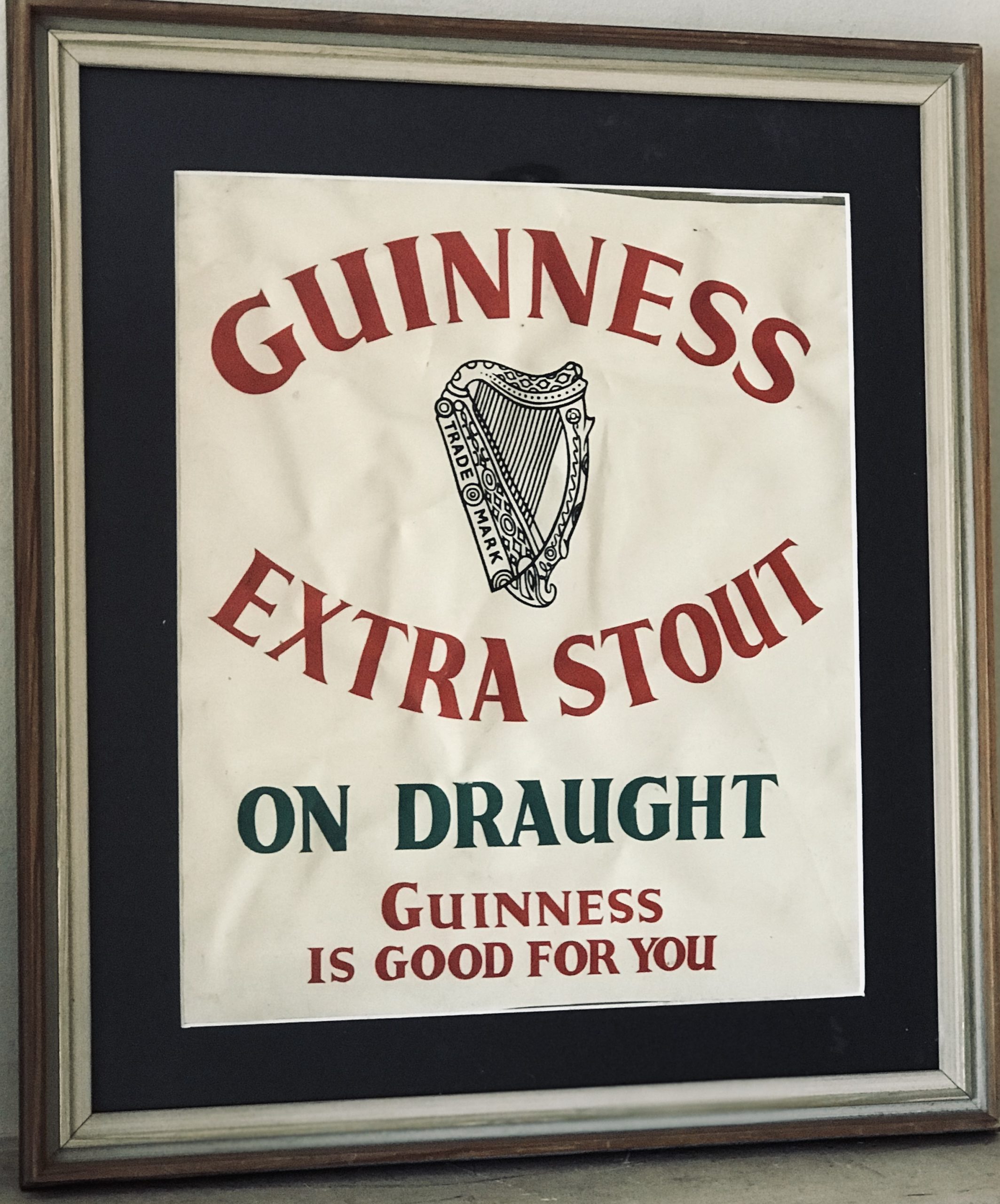