Enjoys his Guinness,glass and all

How sad the Guinness takes so long

To get to where it makes him strong!” 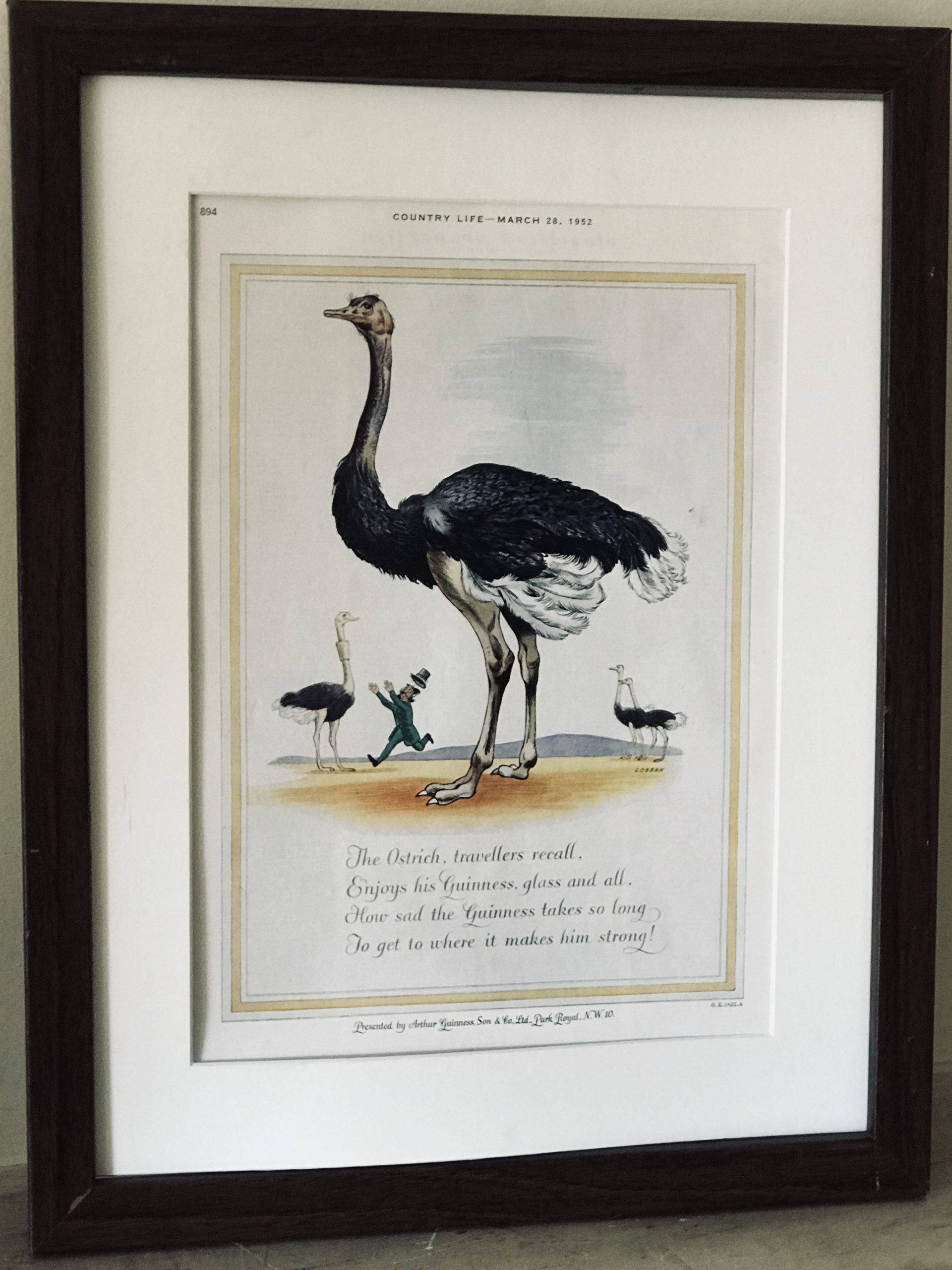 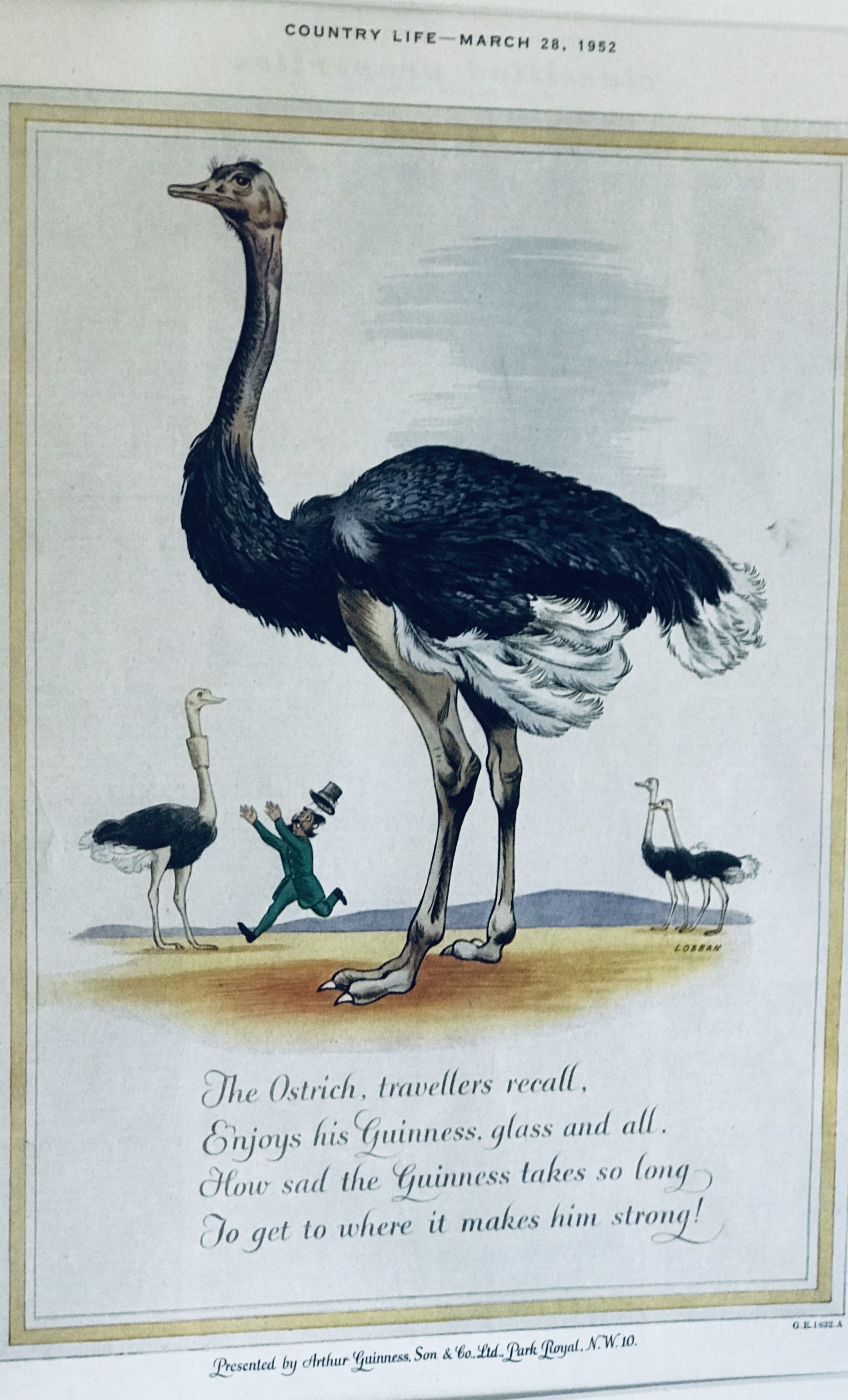 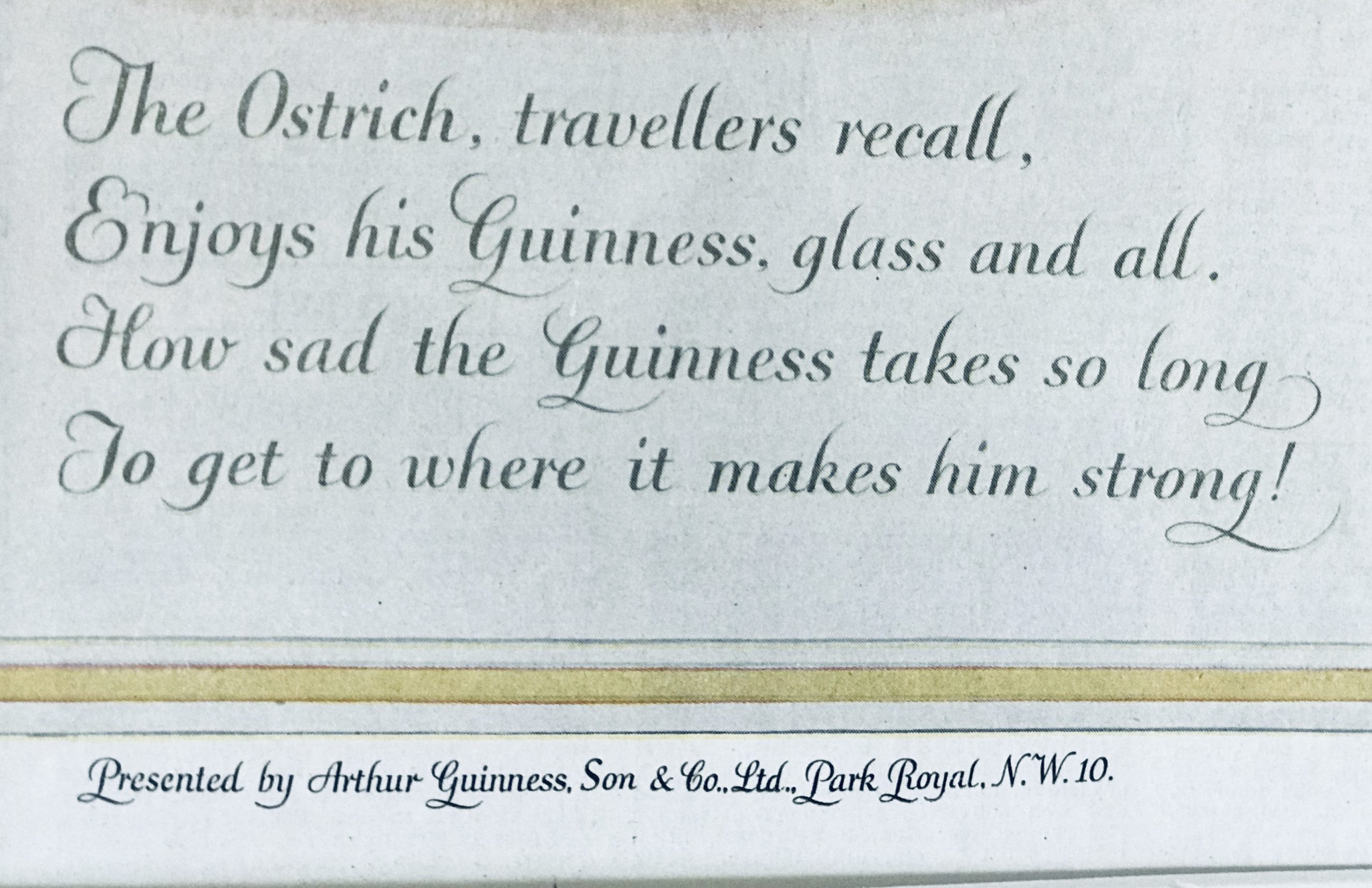 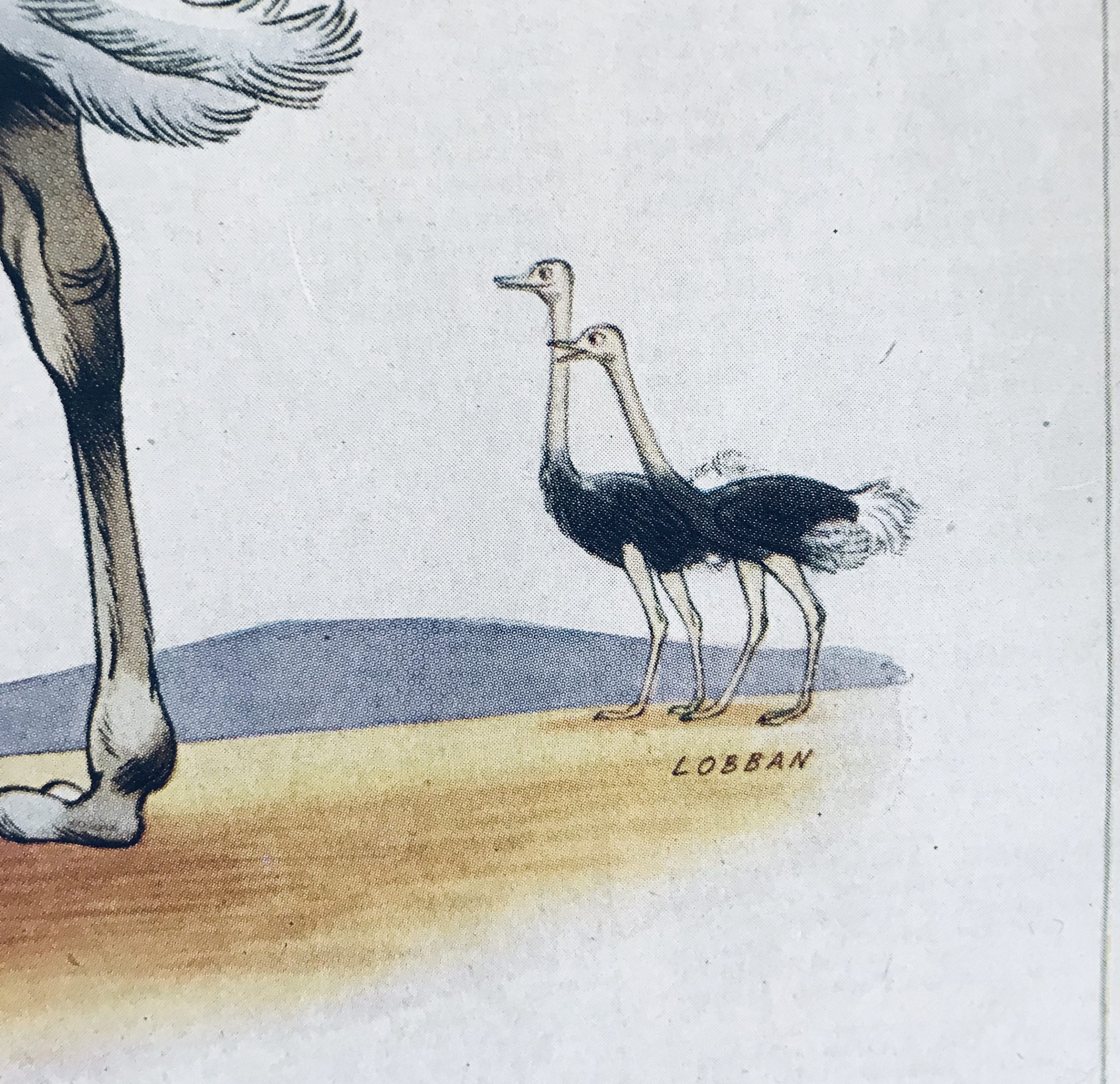