Wonderful Guinness.Pure Genius Advert from the mid 1990’s with their marketing geniuses taking a whole new view on Darwinism and the Evolution of Mankind !

Studies claim that Guinness can be beneficial to the heart. Researchers found that “‘antioxidantcompounds’ in the Guinness, similar to those found in certain fruits and vegetables, are responsible for the health benefits because they slow down the deposit of harmful cholesterol on the artery walls.”Guinness ran an advertising campaign in the 1920s which stemmed from market research – when people told the company that they felt good after their pint, the slogan, created by Dorothy L. Sayers–”Guinness is Good for You”. Advertising for alcoholic drinks that implies improved physical performance or enhanced personal qualities is now prohibited in Ireland.Diageo, the company that now manufactures Guinness, says: “We never make any medical claims for our drinks. 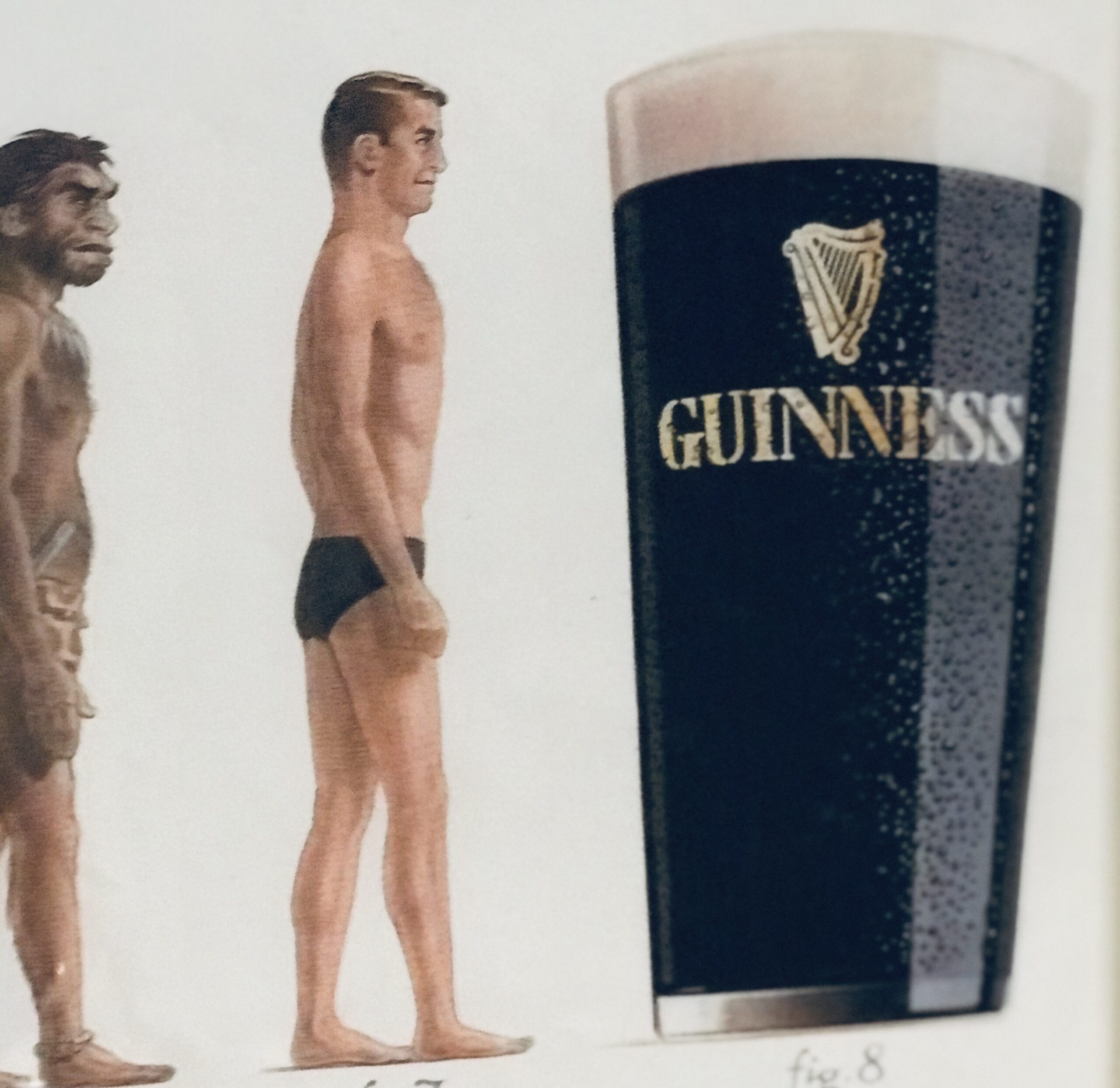 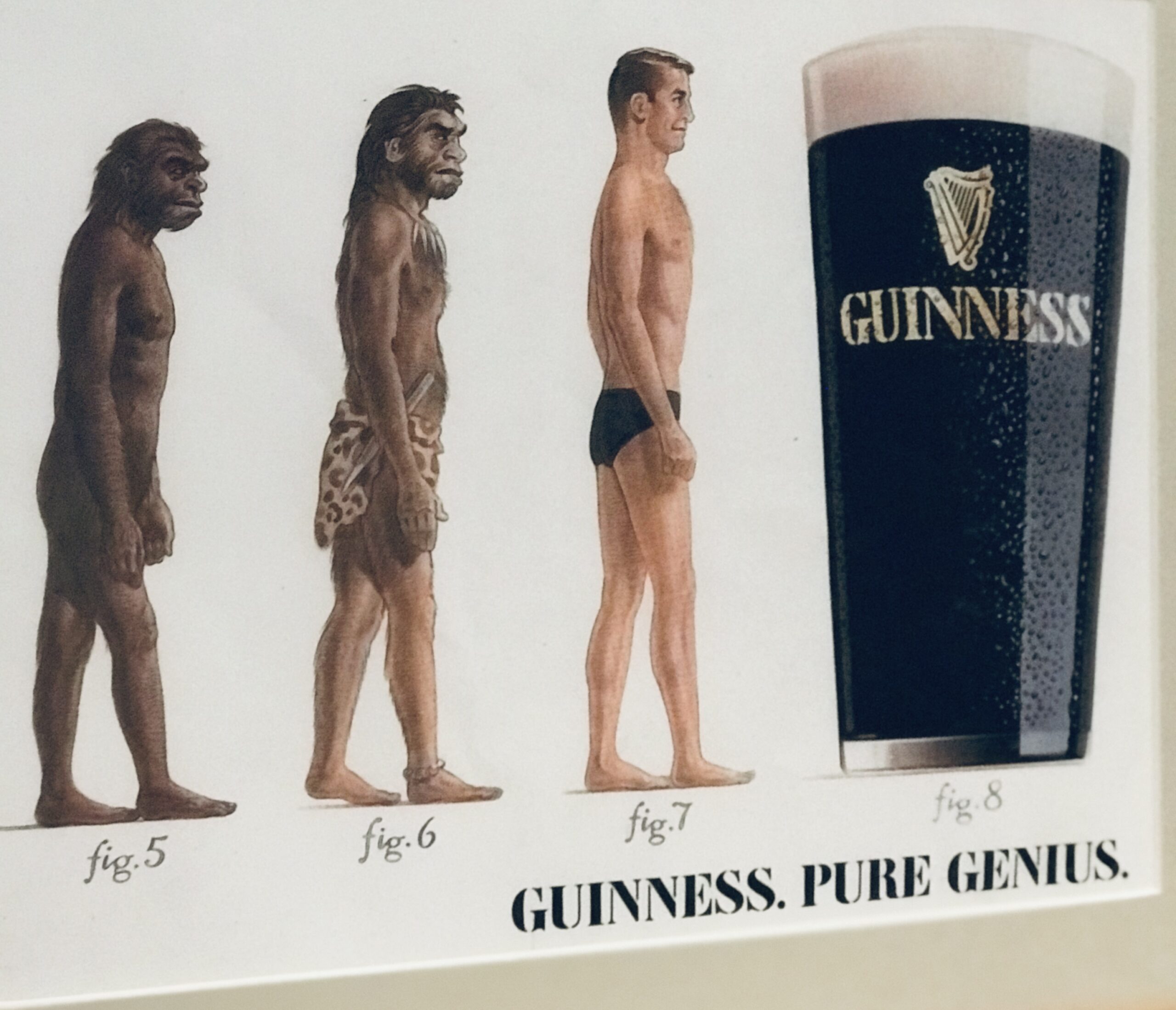 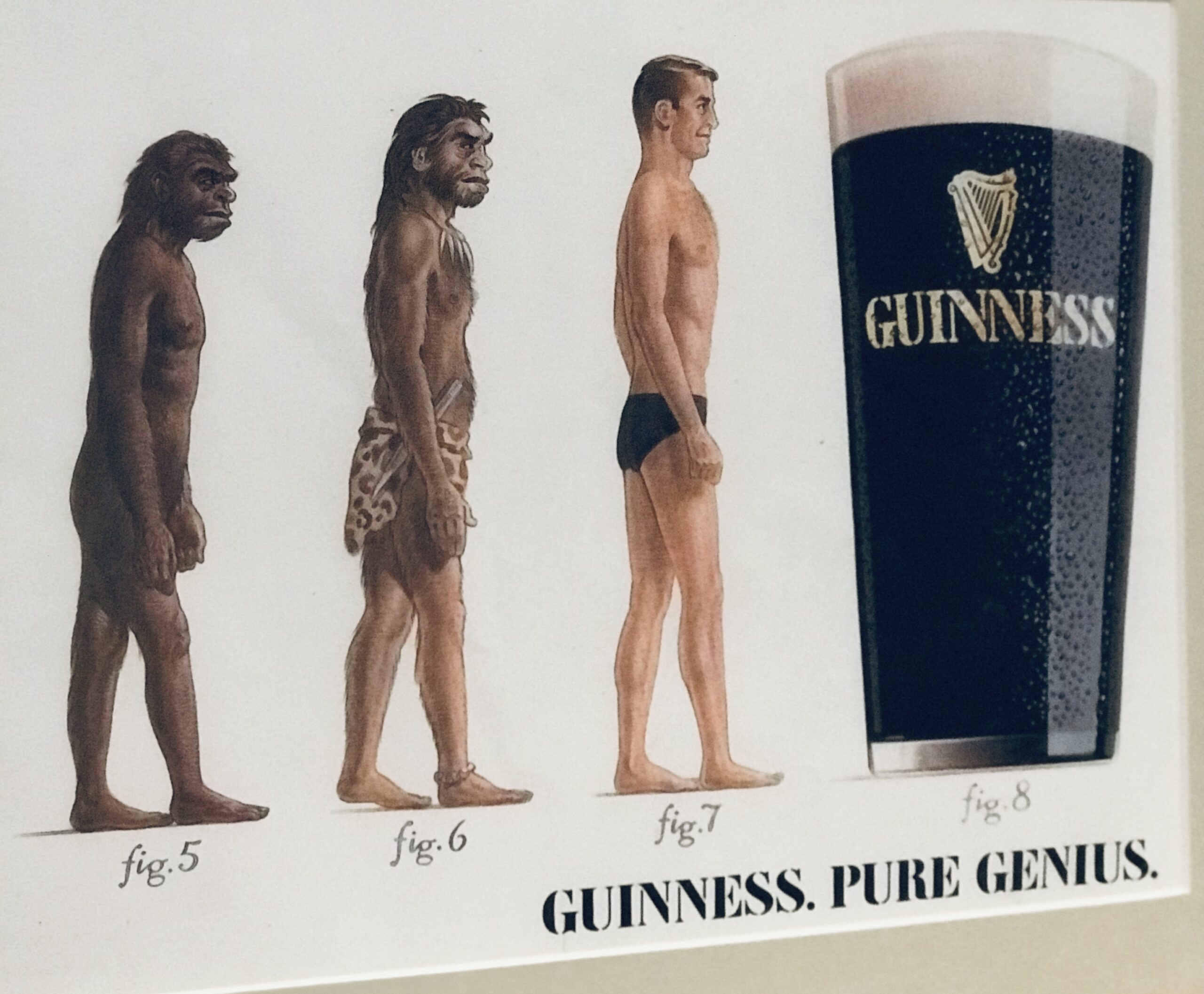 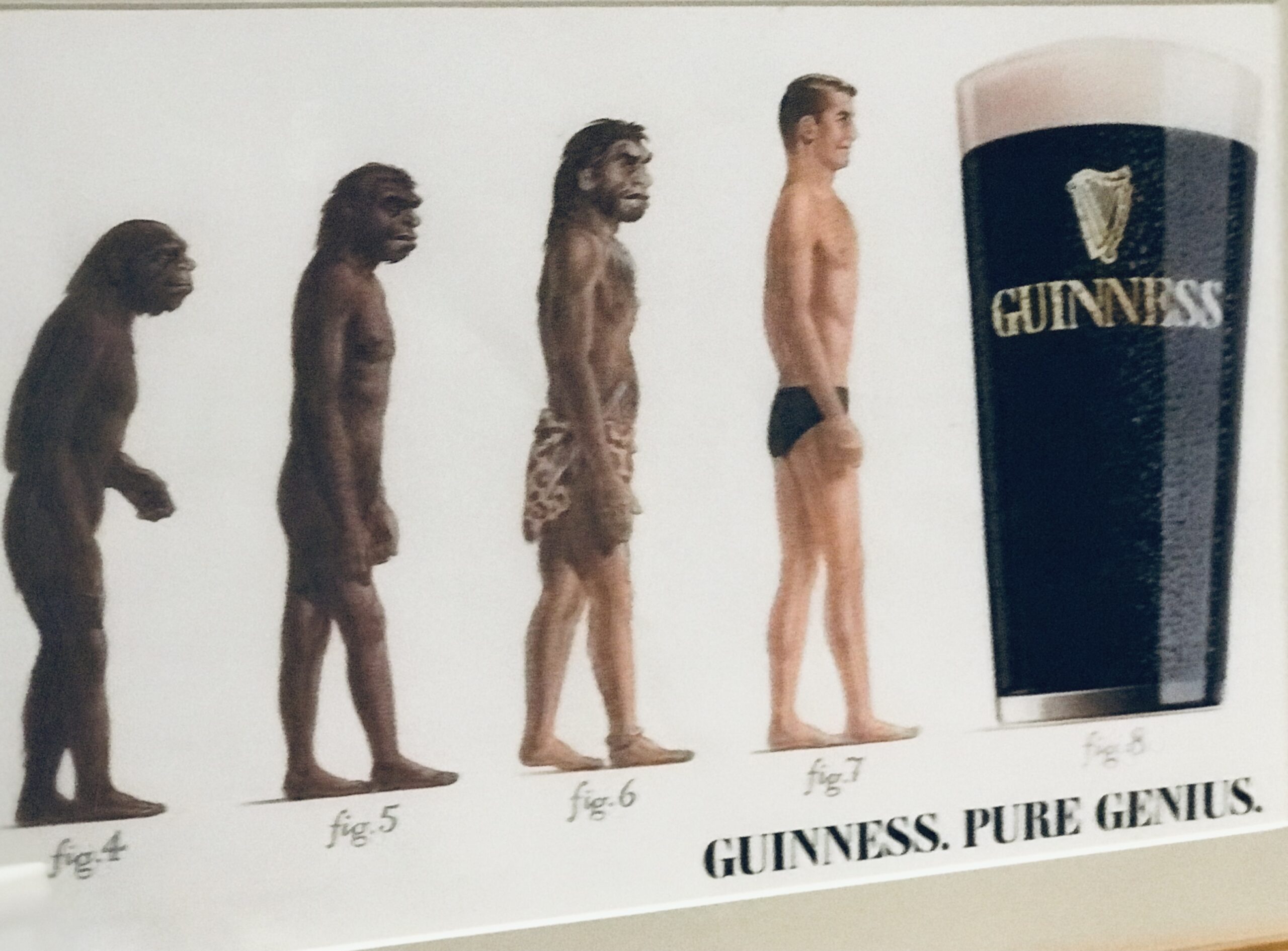 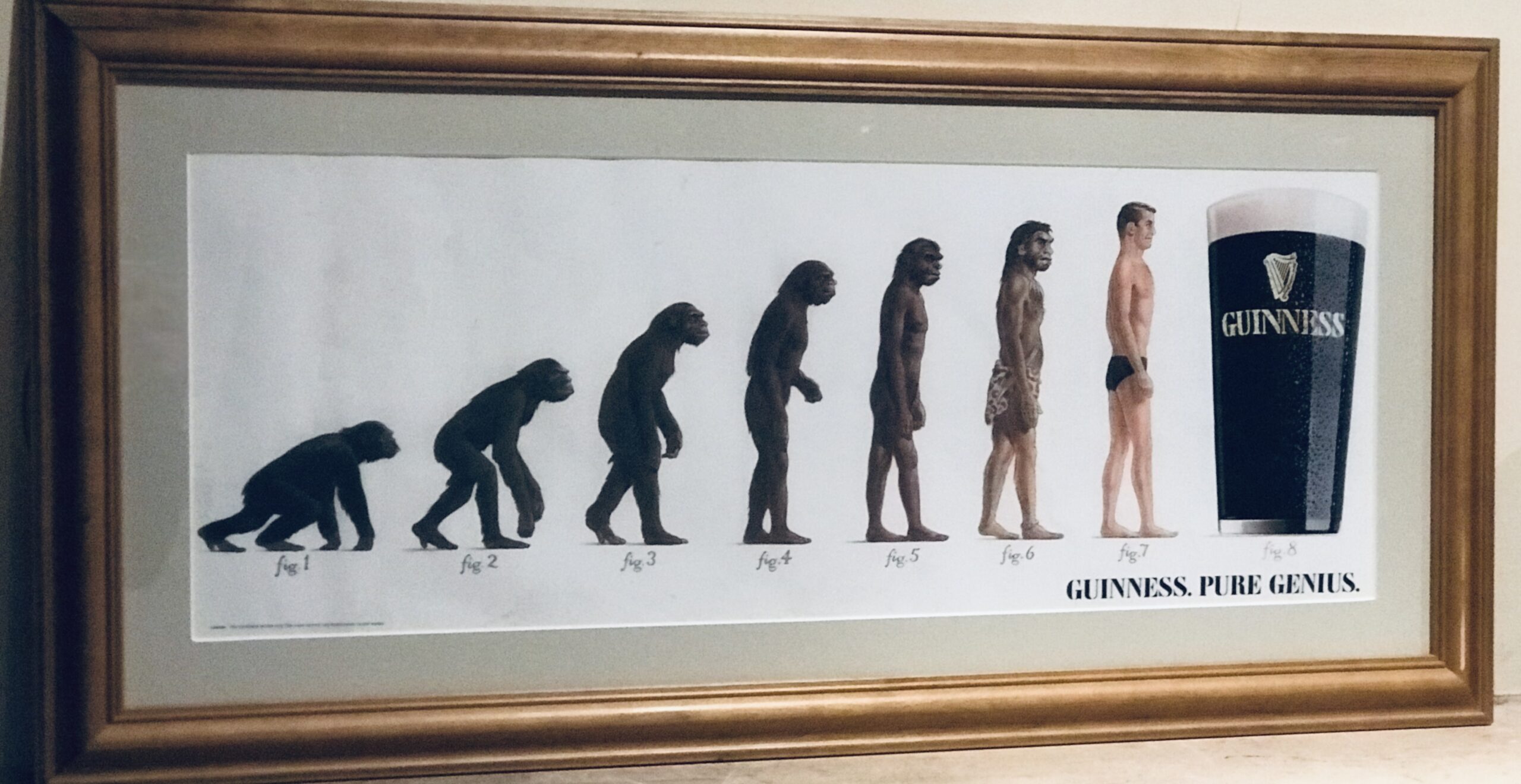 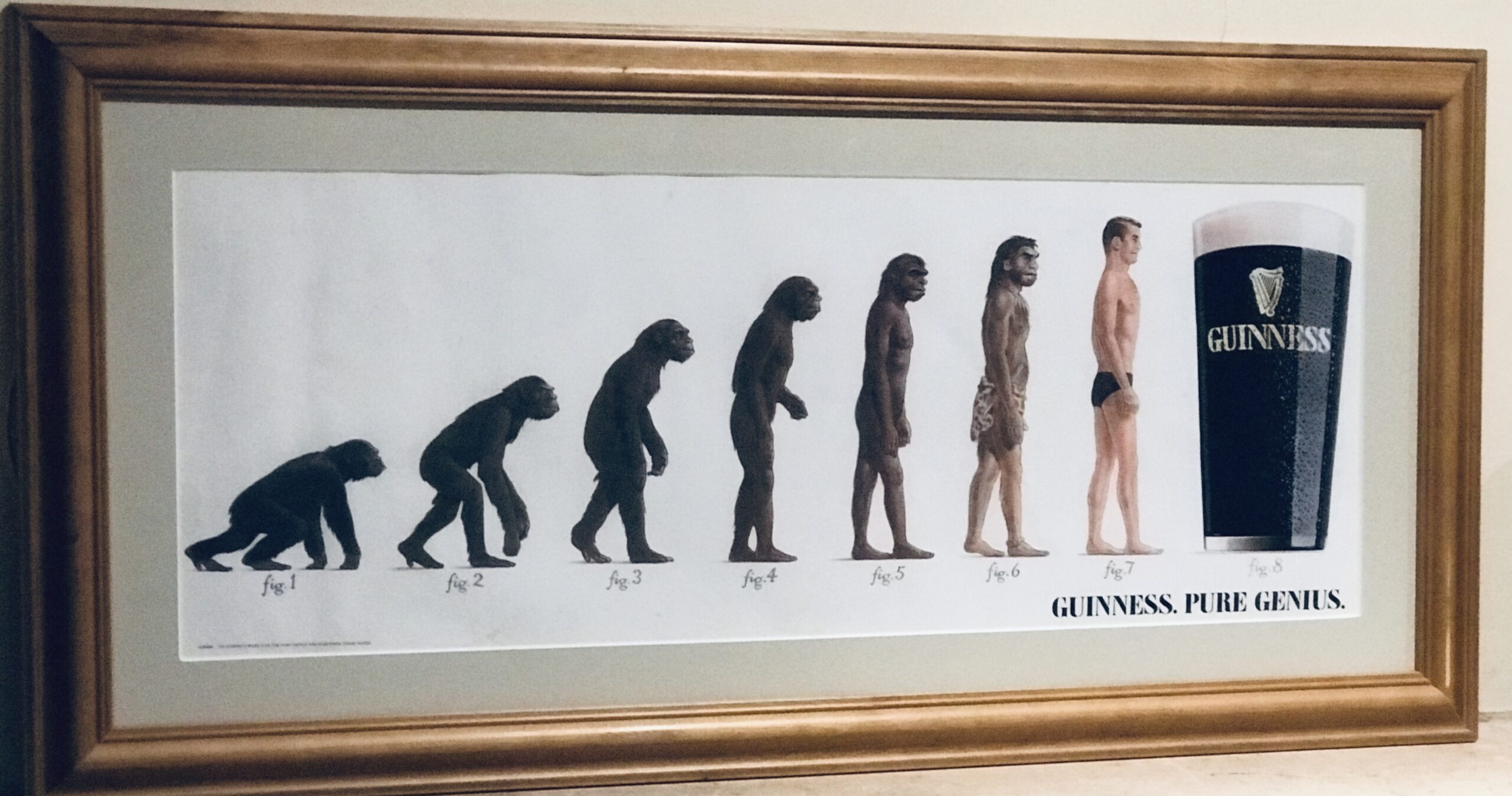