Kerry 1986 All Ireland Football Champions (3 in a Row)

Original,commemorative team photo of the 3 in a row winning Kerry Footballers as sponsored by the Kerry Eye Newspaper.As can be seen, some Kerry children had a bit of fun with it one the years in their classroom near Sneem Co Kerry

The 80s was a time when Ulster football was considered a distant cousin to the majesty of Kerry, even when the Kingdom’s golden age was ending.

But such was Tyrone’s initial dominance of the 1986 All-Ireland final against Kerry by half-time their fans began to panic about not having accommodation in Dublin that night. They needn’t have worried as a seven-point lead turned into an eight-point pounding in the final 20 minutes.

The crucial moment was a Tyrone penalty, which was sent over the bar by Kevin McCabe. From the kick-out, Kerry whizzed downfield and Pat Spillane finished the move with a goal that reduced the arrears to four points. A Mikey Sheehy goal completed a nightmarish capitulation.

It was the last hurrah from a great Kerry team who had taken Sam Maguire home eight times in 12 years. An 11-year drought followed.

Moy’s Plunkett Donaghy was Tyrone’s class act back then but the loss of Eugene McKenna and John Lynch through injury coincided with the late collapse.

Moy send another marauding midfielder out against Kerry on Sunday in Seán Cavanagh along with clubmates Philip Jordan and Ryan Mellon. 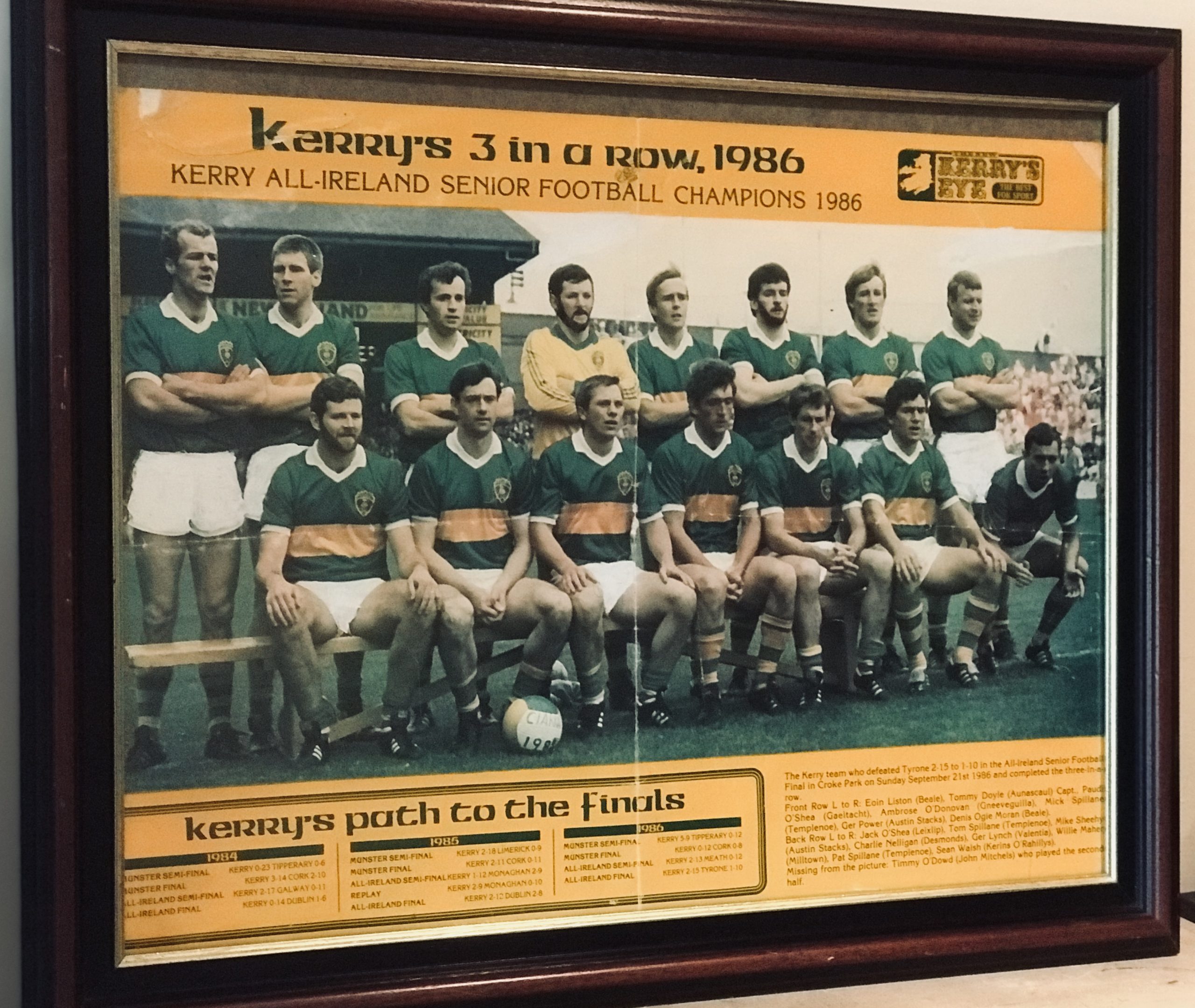 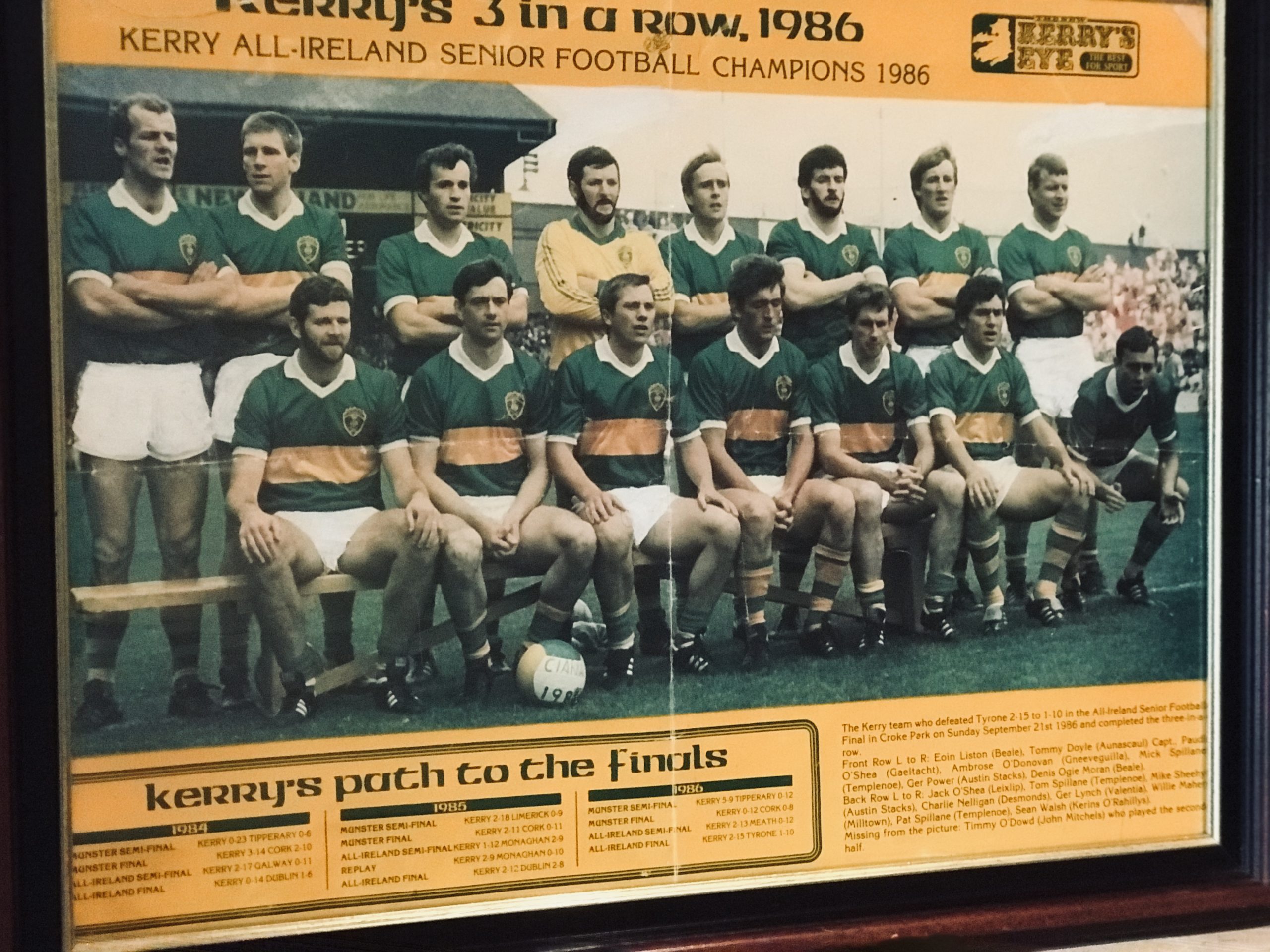 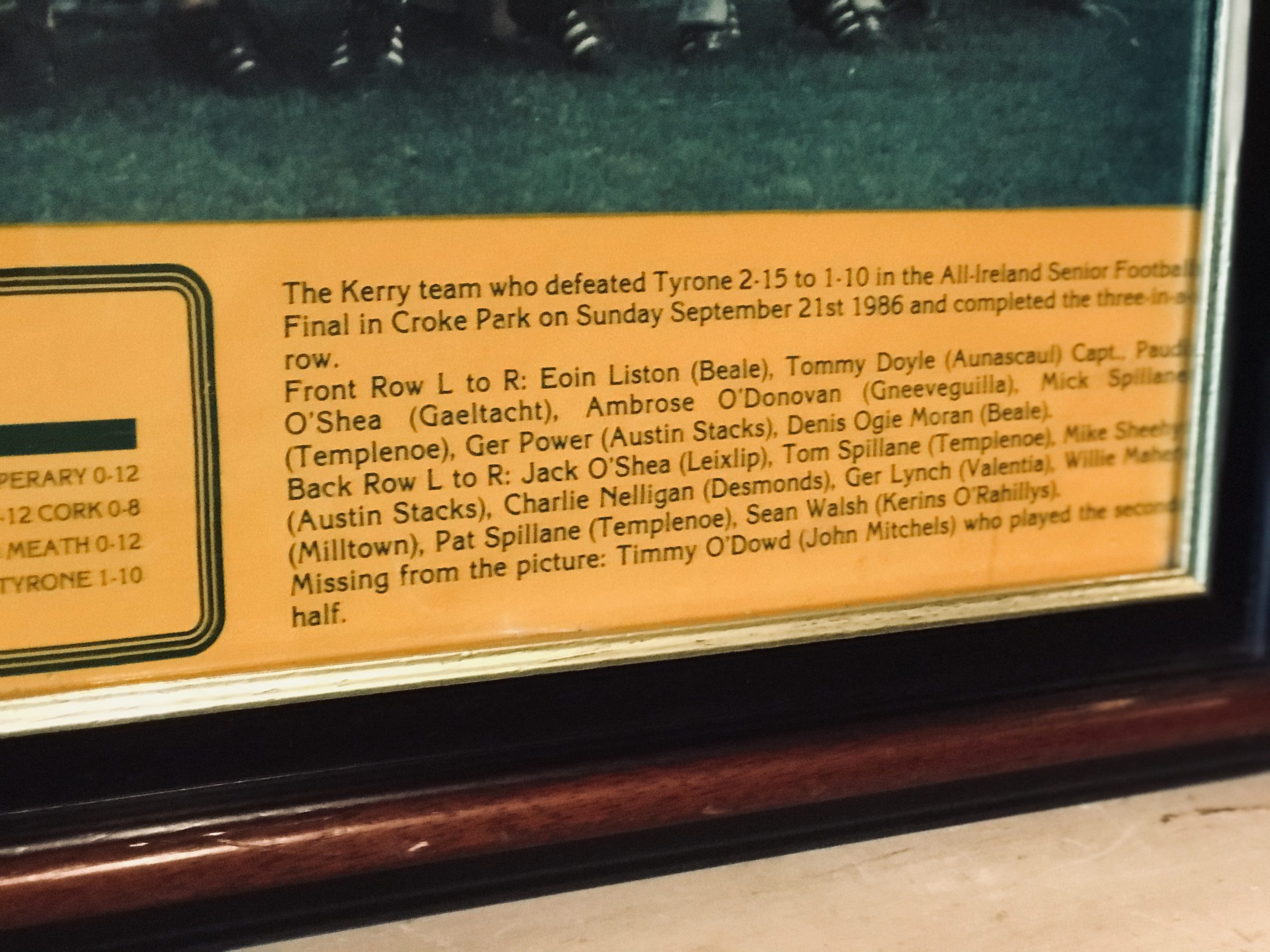 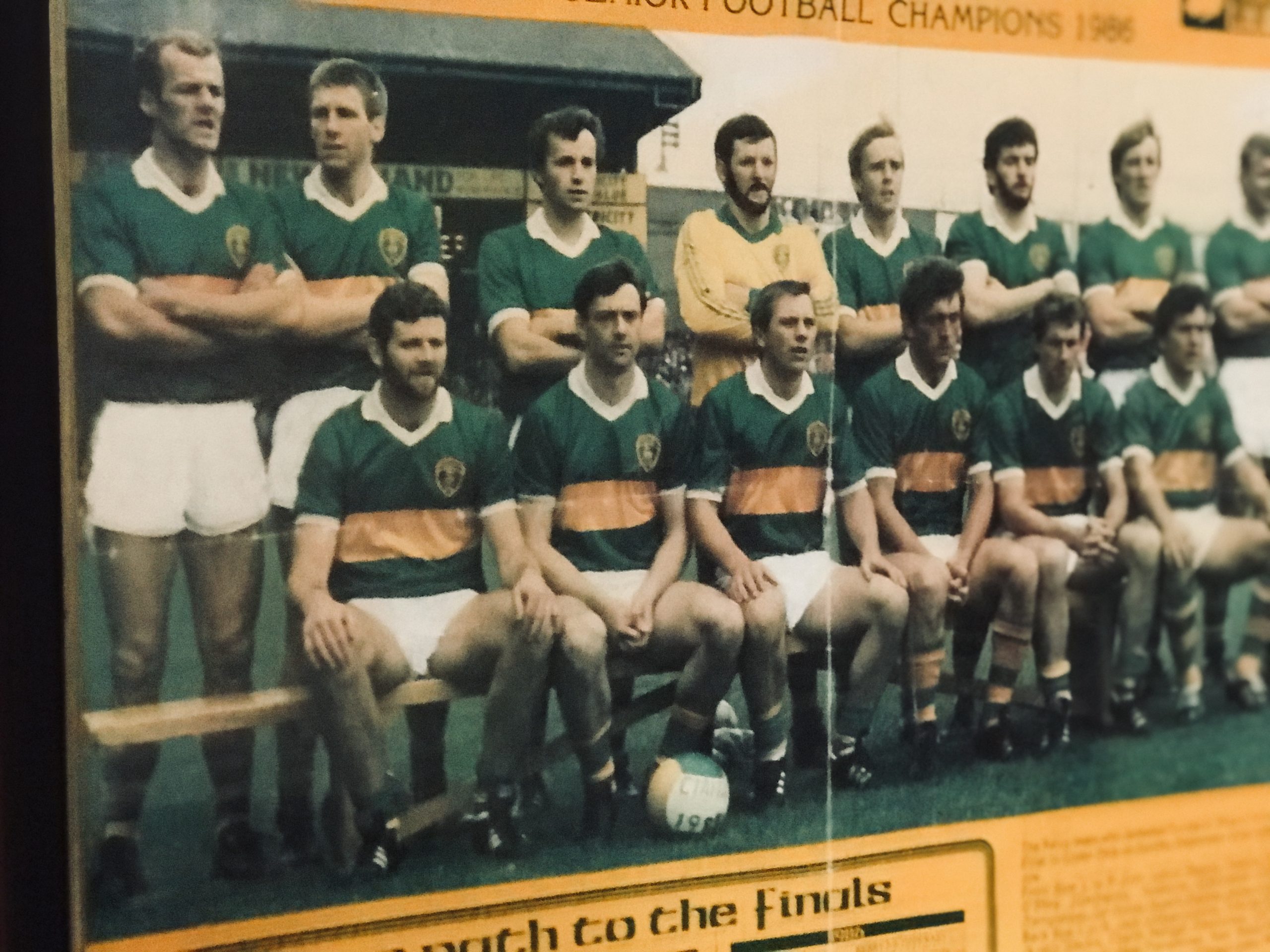 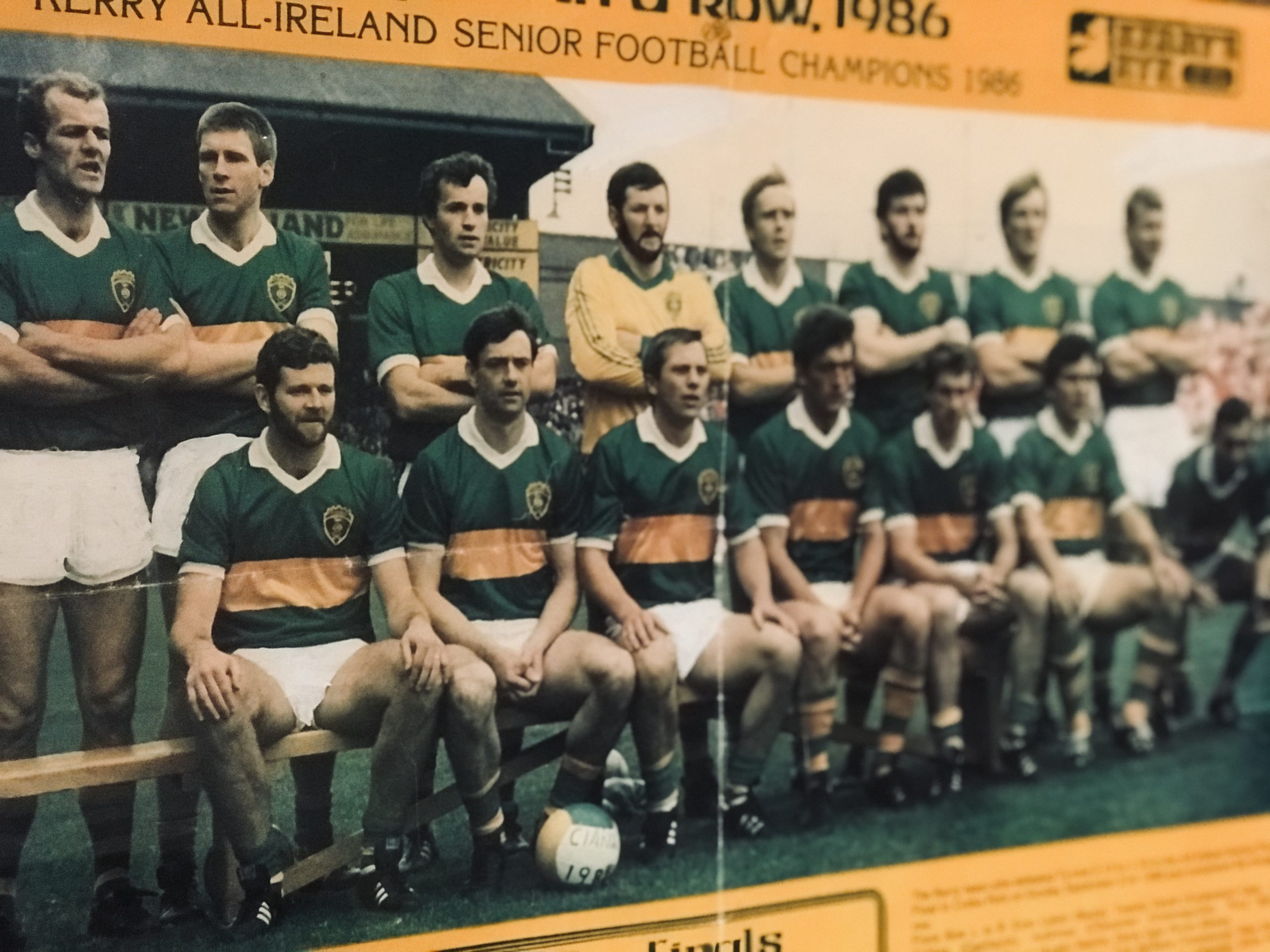