Large Dubliners Display with Autographs of Band-And Pints of Bass!

Fantastic framed .large Dubliners drinking pints of Bass display with autographs of all the band members underneath.

The Dubliners were quite simply one of the most famous Irish folk bands of all time.Founded in 1962,they enjoyed a 50 year career with the success of the band centred on their two lead singers,Luke Kelly and Ronnie Drew.They garnered massive international acclaim with their lively Irish folk songs,traditional street ballads and instrumentals eventually crossing over to mainstream culture by appearing on Top of the Pops in 1967 with “Seven Drunken Nights” which sold over 250000 singles in the UK alone.Later a number of collaborations with the Pogues saw them enter the UK singles charts again on another 2 occasions.Instrumental in popularising Irish folk music abroad ,they influenced many generations of Irish bands and covers of Irish ballads such as Raglan Road and the Auld Triangle by Luke Kelly and Ronnie Drew tend to be regarded as definitive versions.They also enjoyed a hard drinking and partying image and this advertising collaboration with Bass Ales must be seen as the perfect fit in terms of a target audience ! 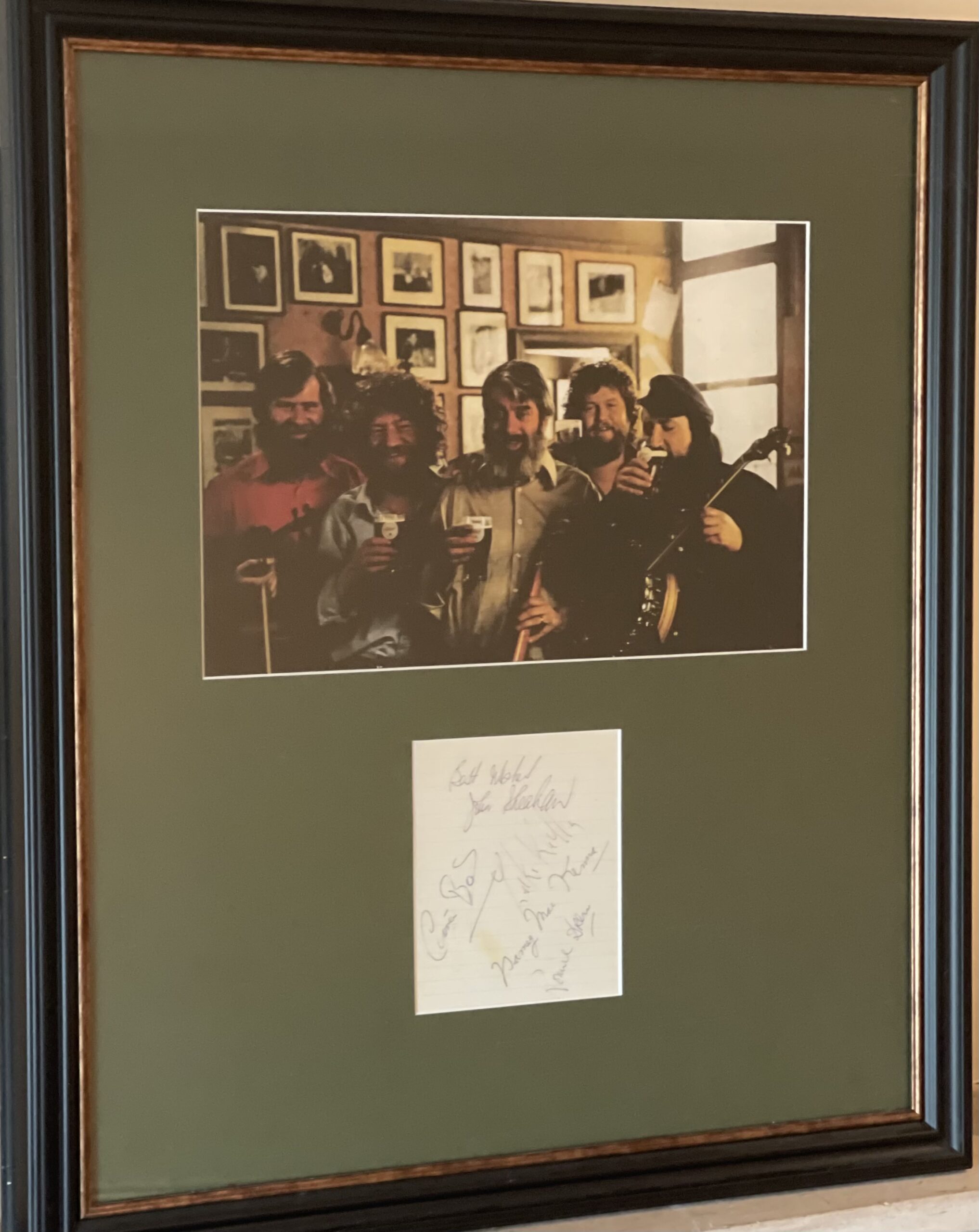 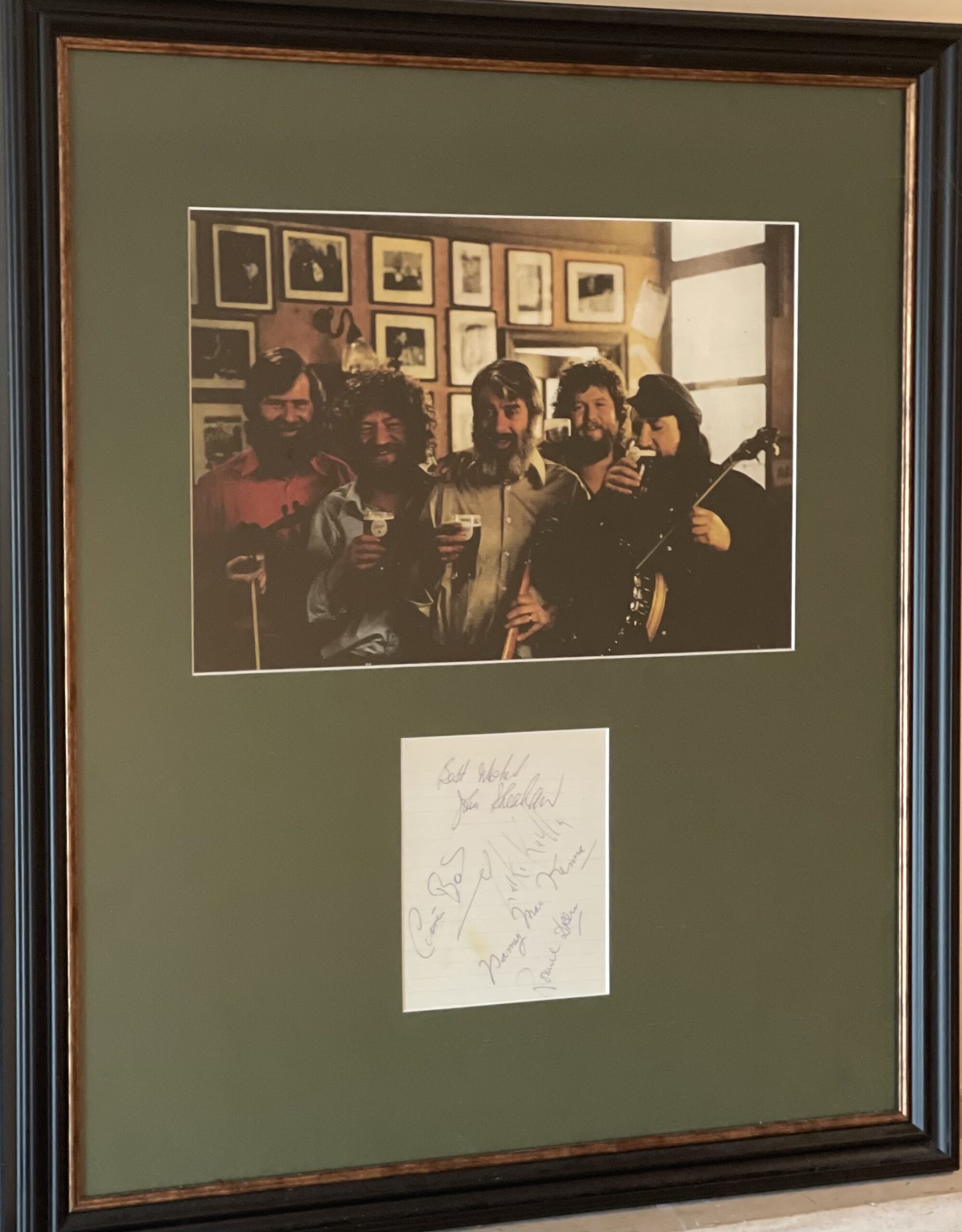 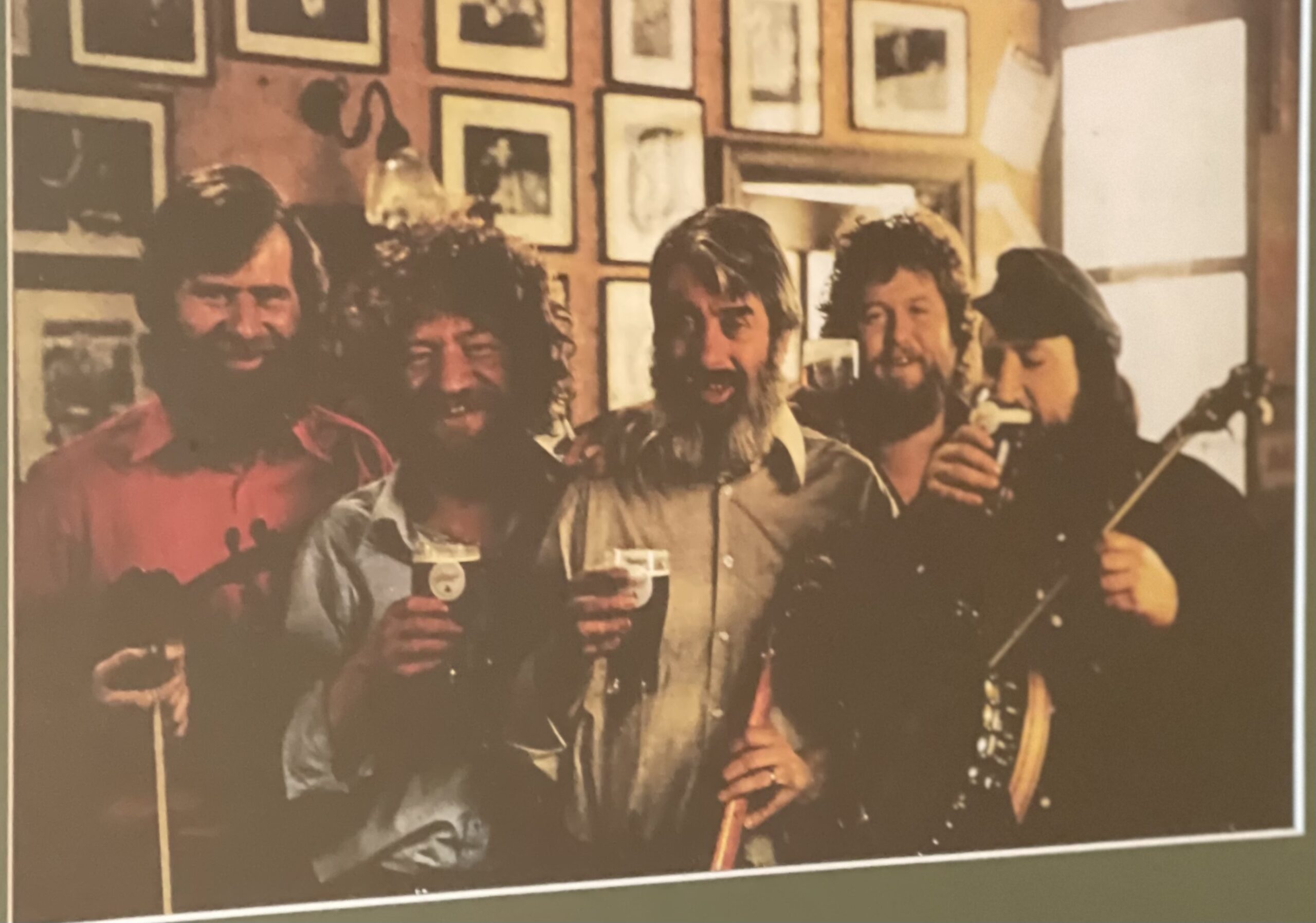 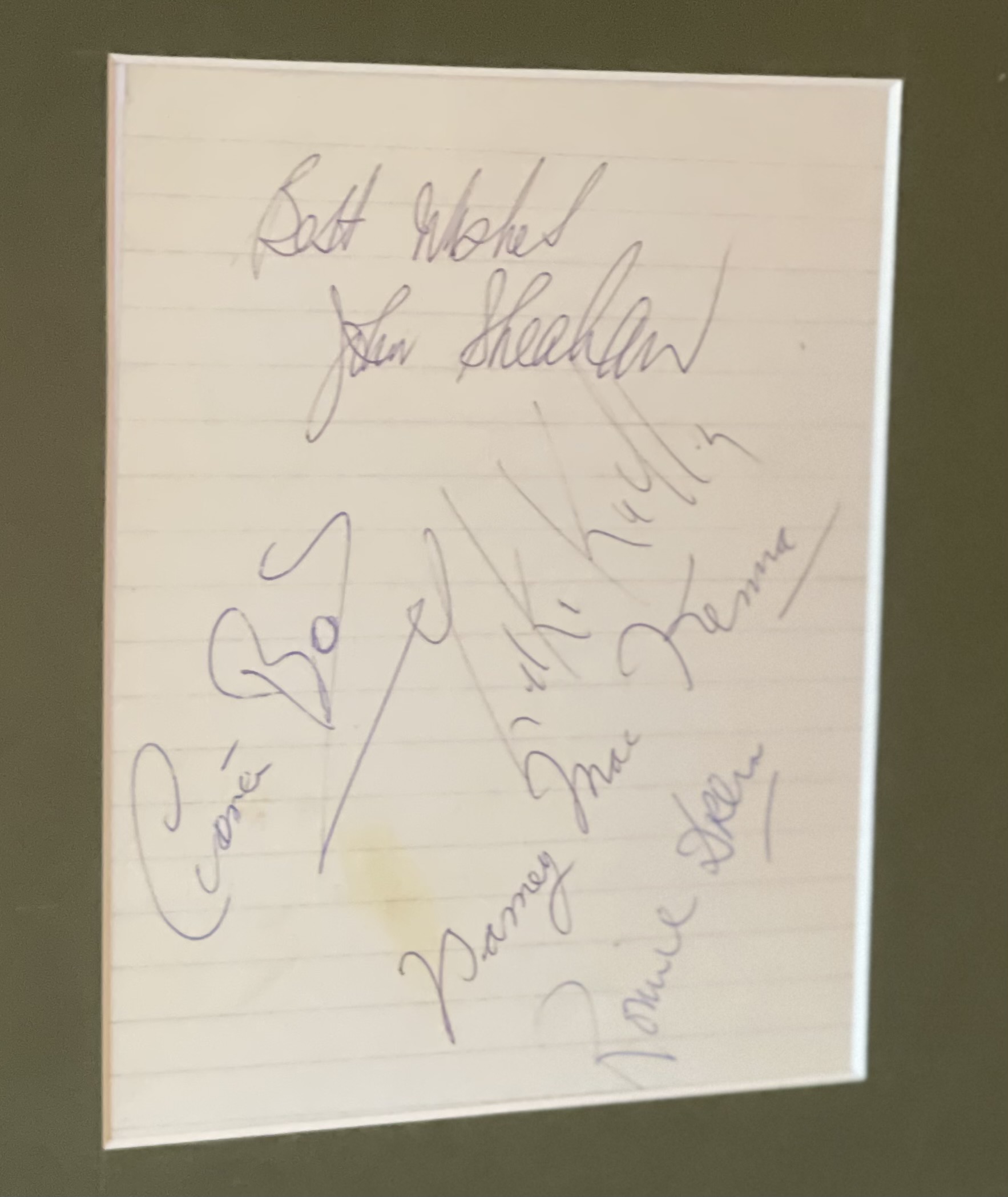 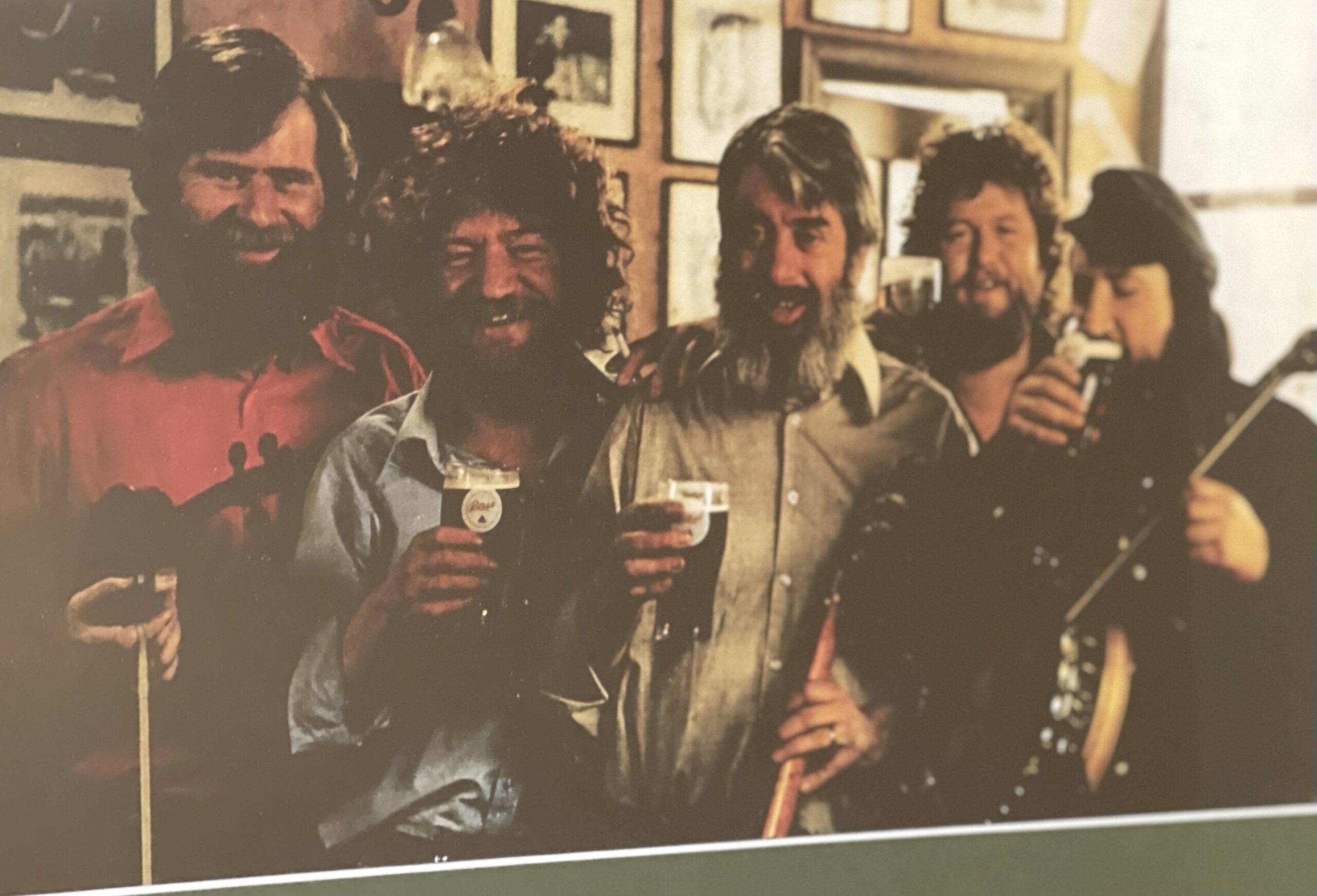