Another beautiful example of the joint Tourism-Irish whiskey adverts Jameson ran in the 1950s and  1960s,depicting a romantic vision of the “Auld country”,its scenic sights and the promise of a glass of Jameson to celebrate a days sightseeing. 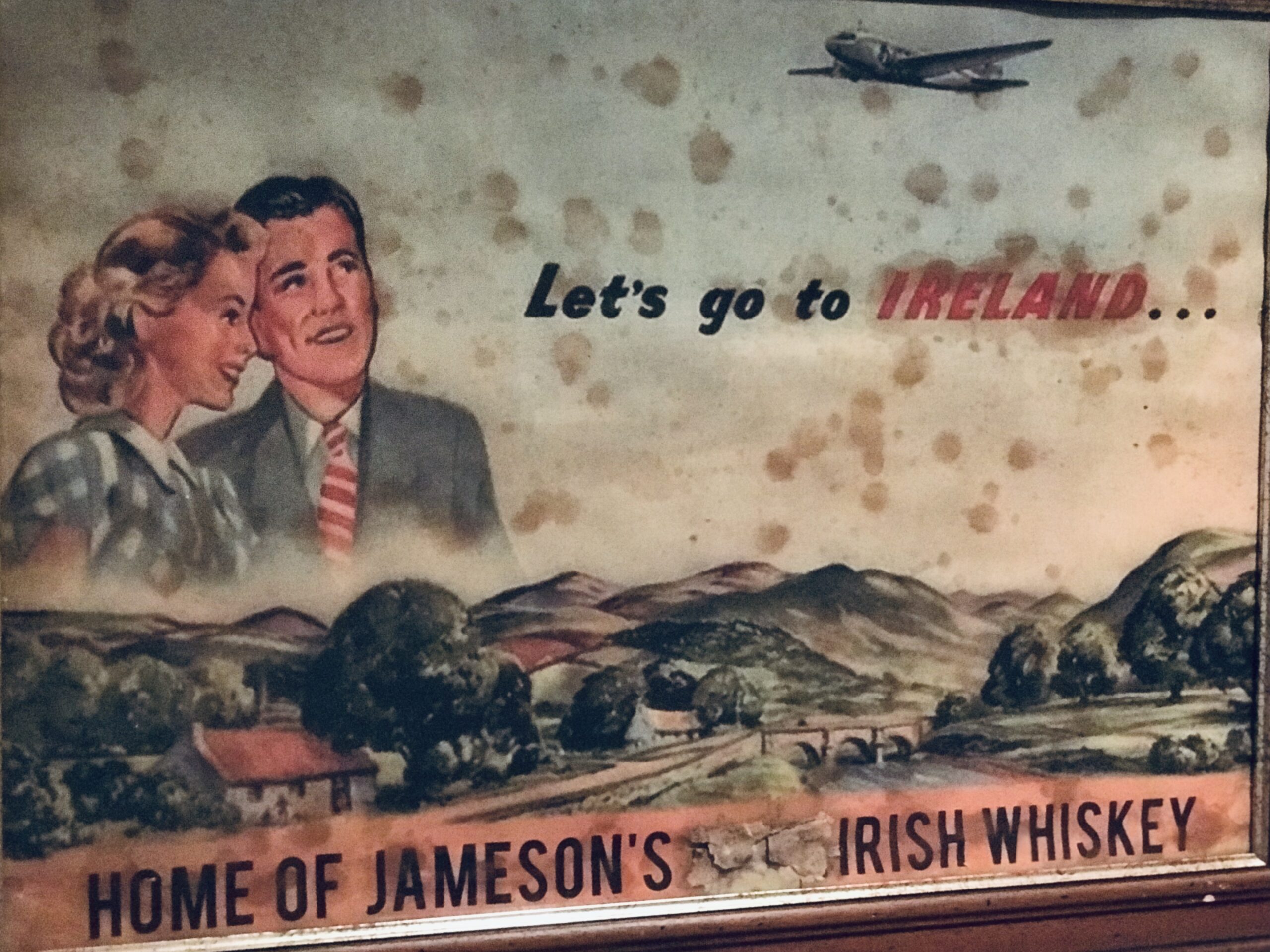 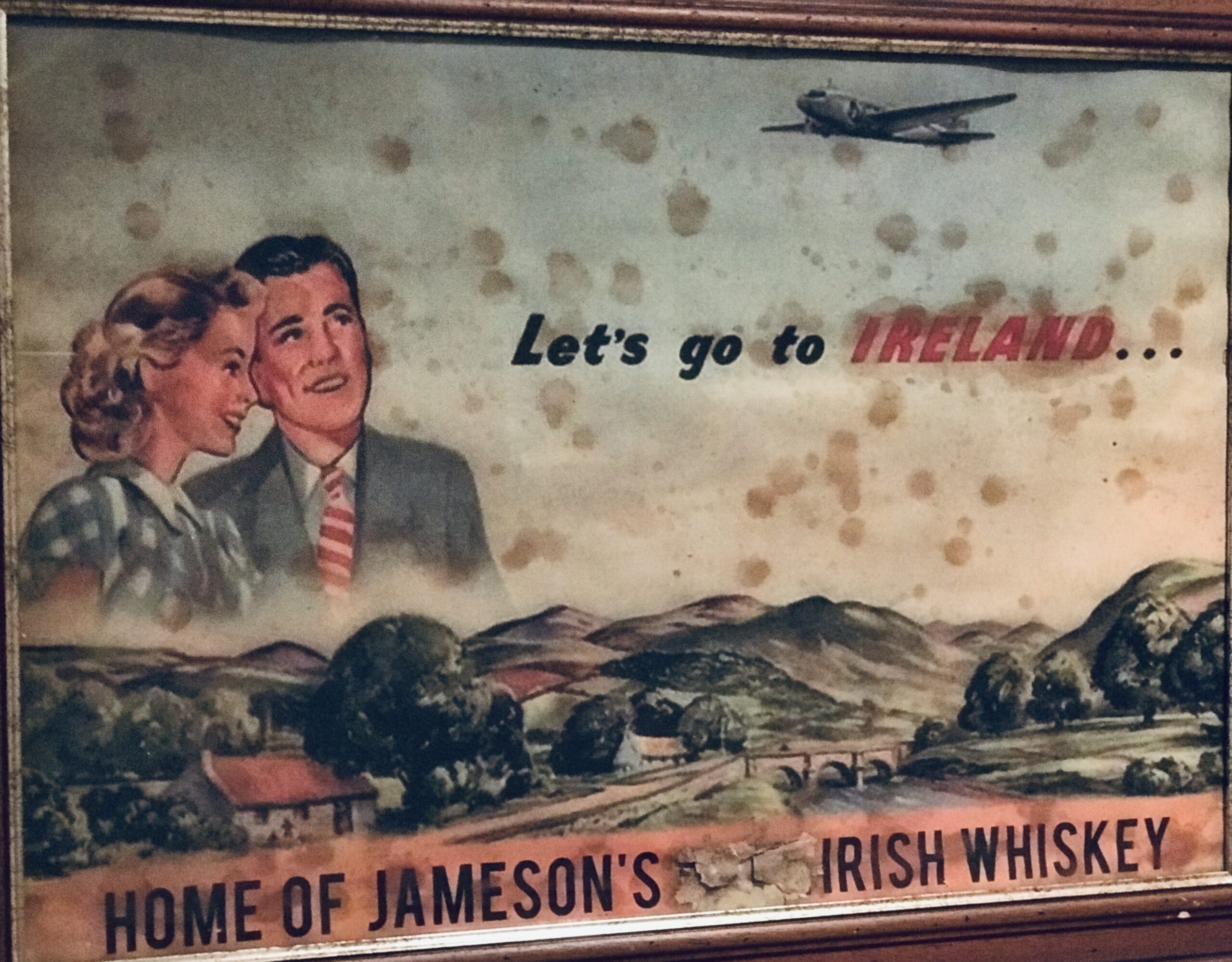 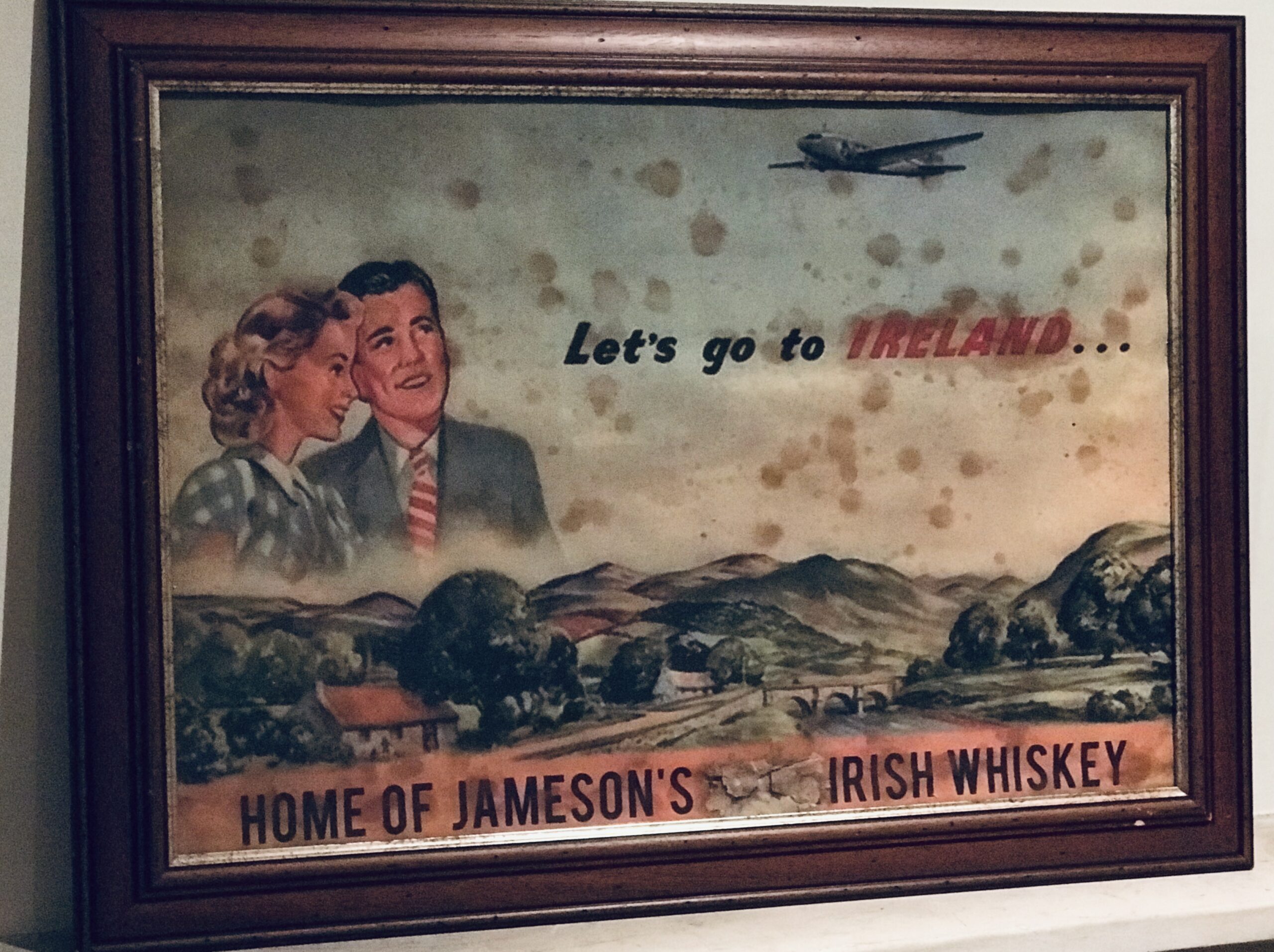 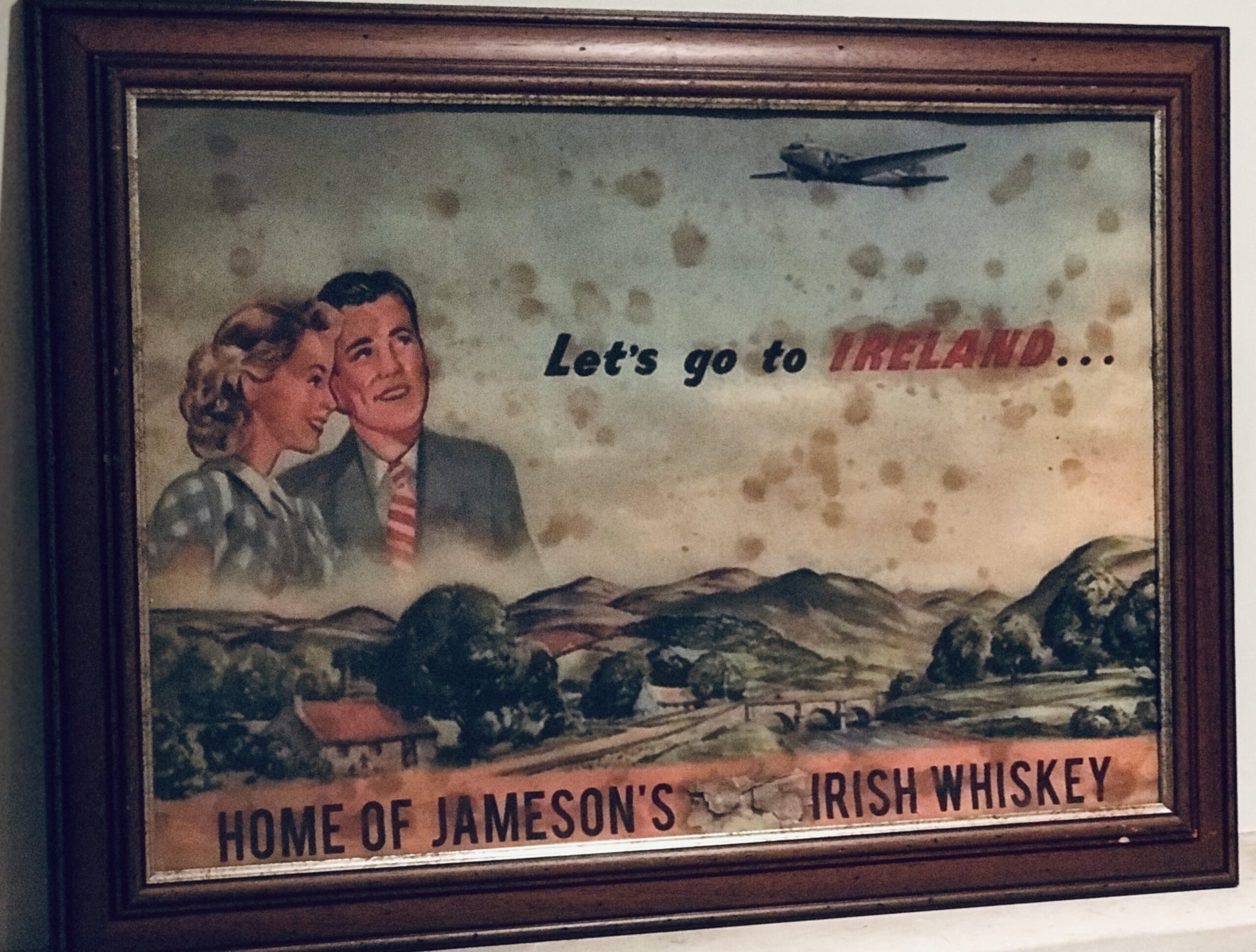