D’arcys of Newry Co Down were yet another example of a once thriving Irish whiskey distillery now sadly gone to the wayside despite the massive recent resurgence of the product.During one point in the late 1800s and early 1900s it seemed every town and village in Ireland had its own distillery as well as the obvious major commercial centres of Dublin,Belfast,Cork and Limerick.However that trend is now being reversed with the news this year that plans are afoot to reopen the old distillery in Newry and kick-start the rebirth of Matthew D’Arcy & Co .This charming print depicting a peaceful pastoral scene was used extensively by D’Arcys before its closure in the early part of the 20th century. 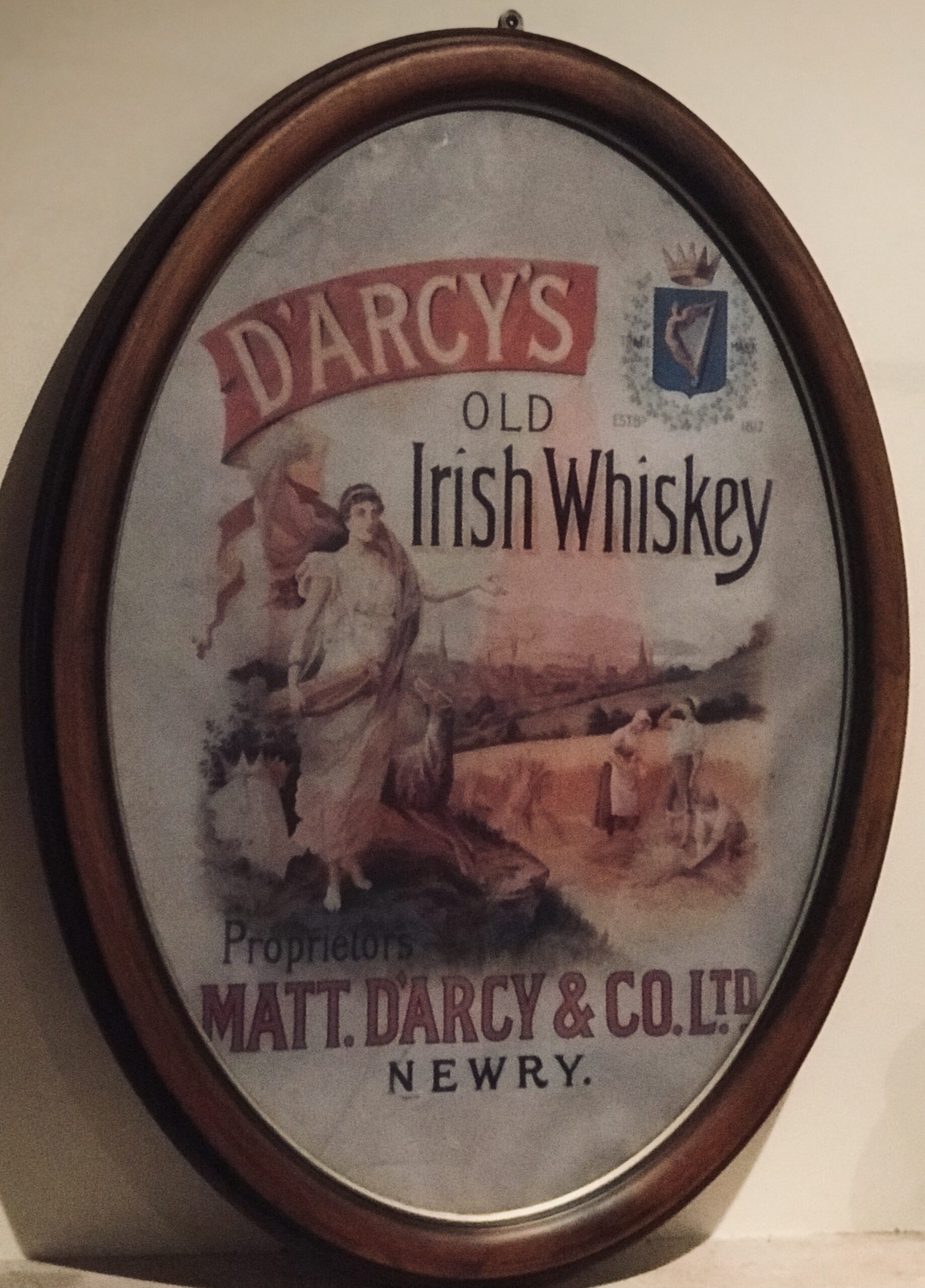 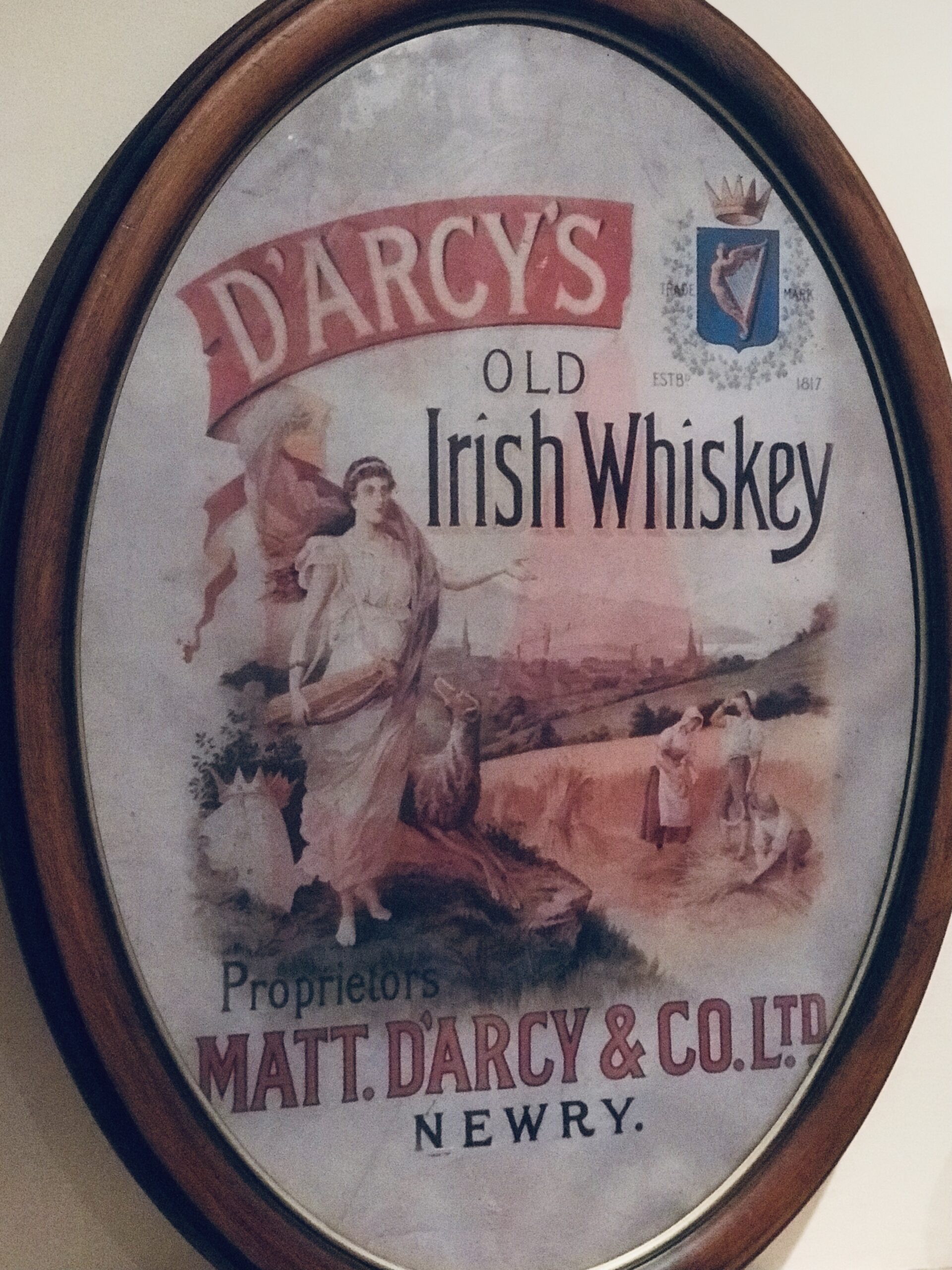 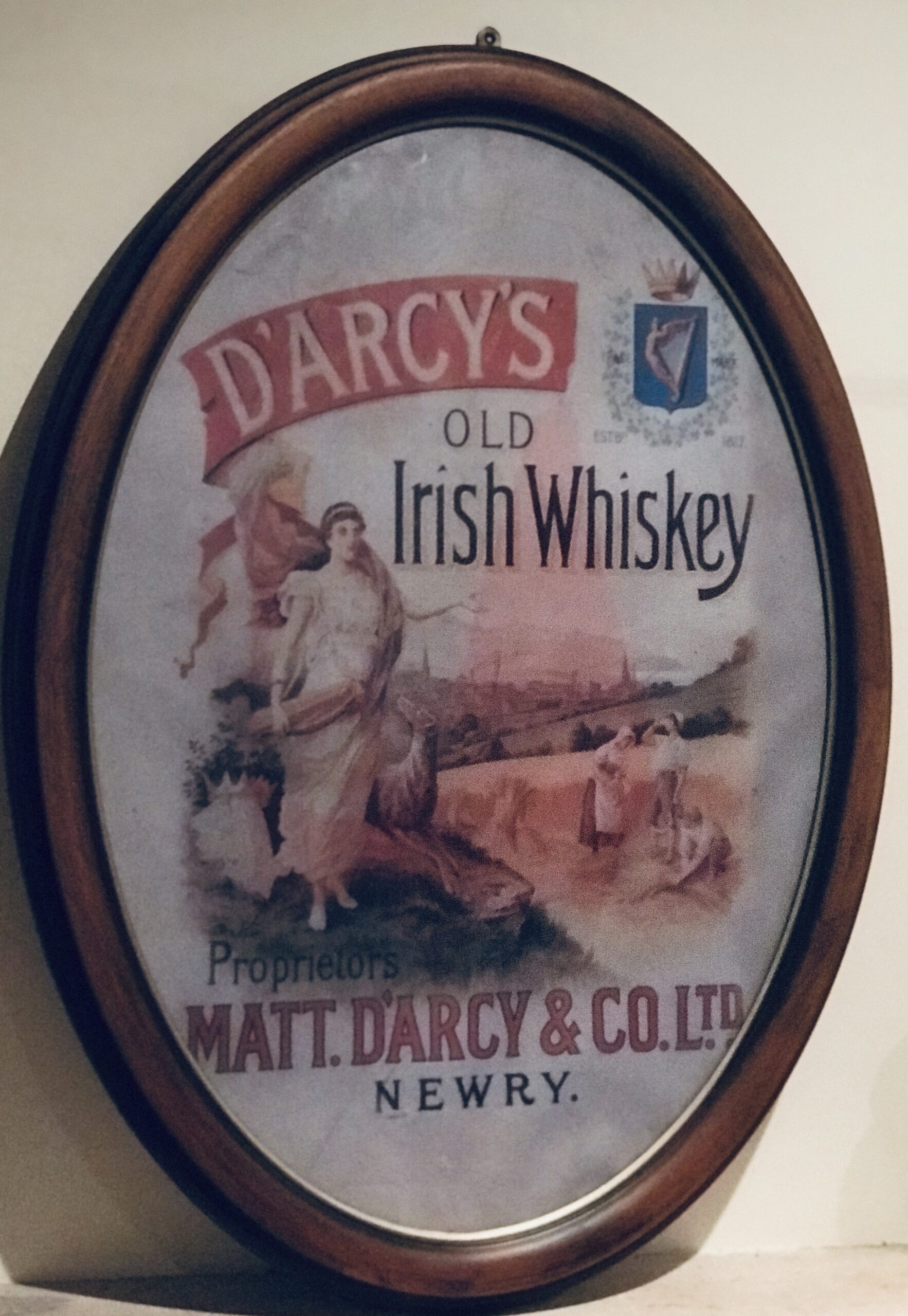 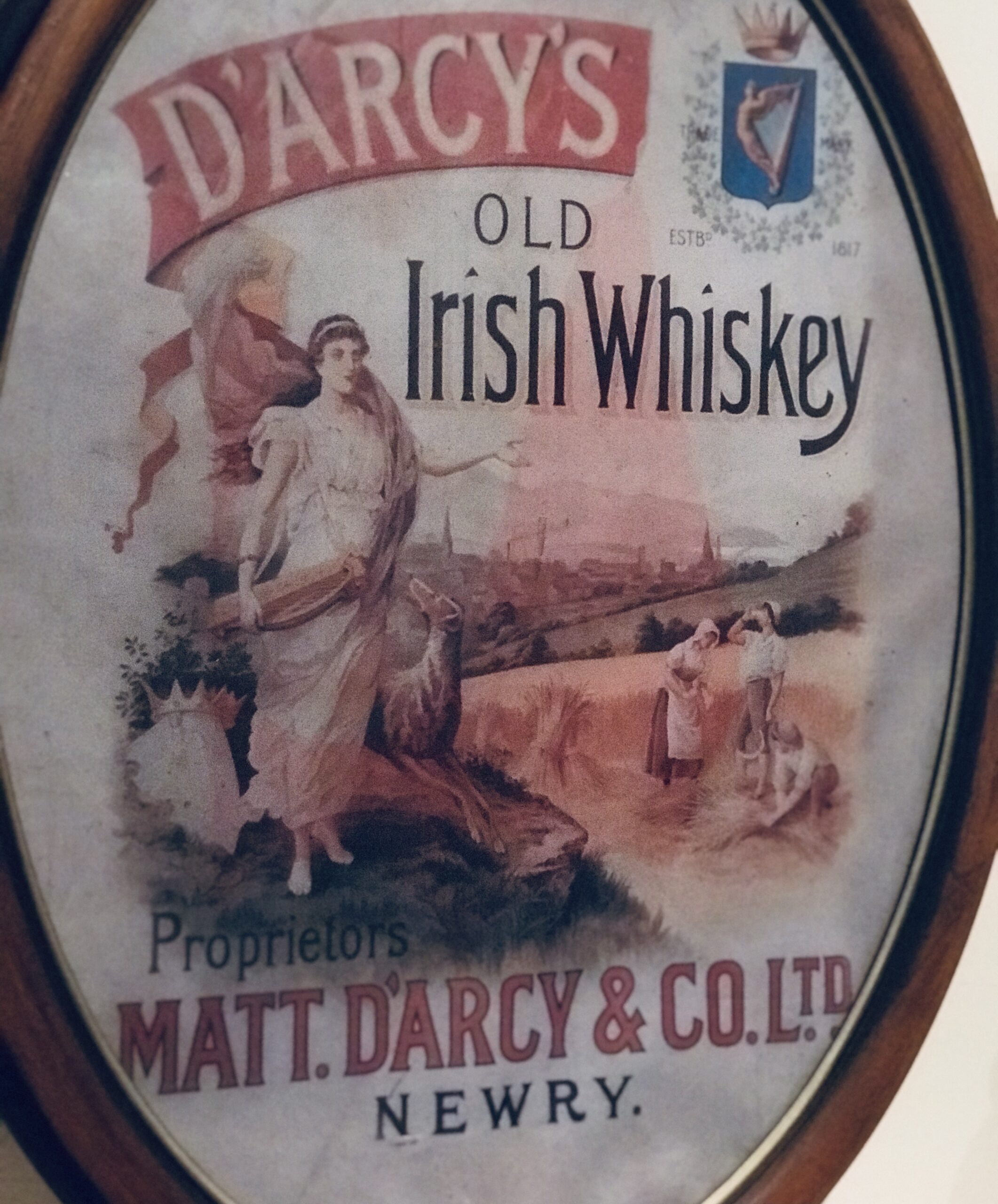 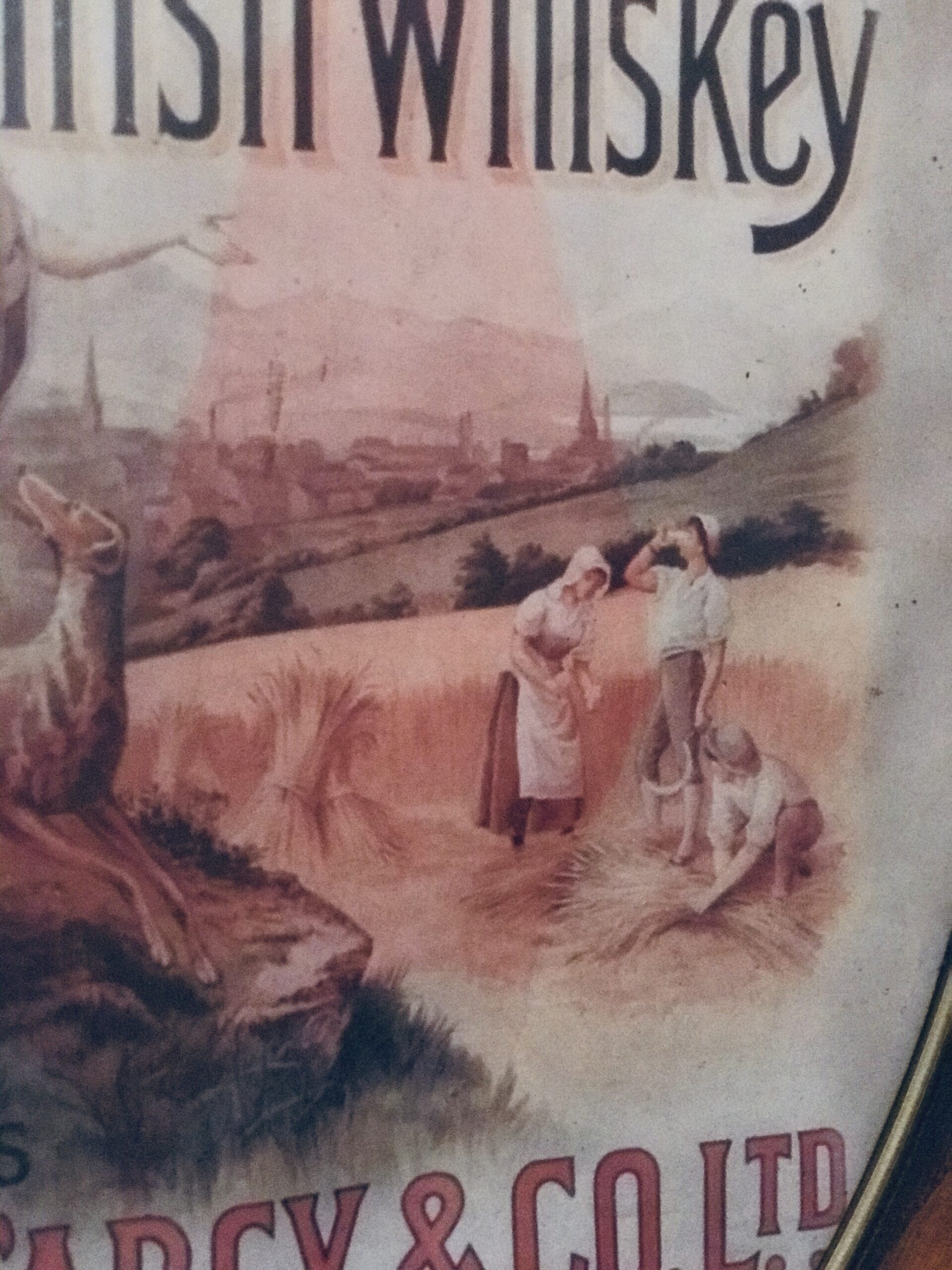 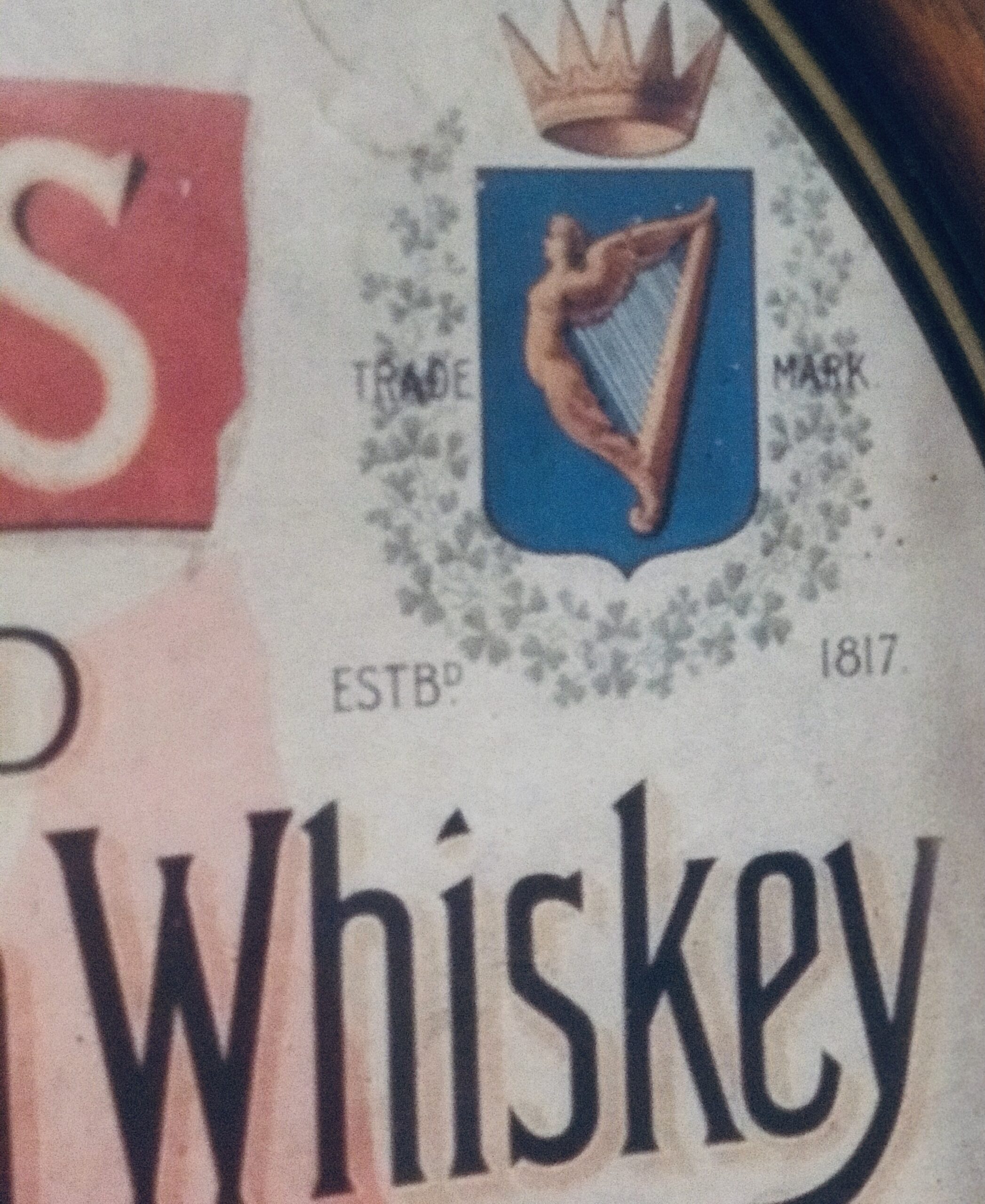 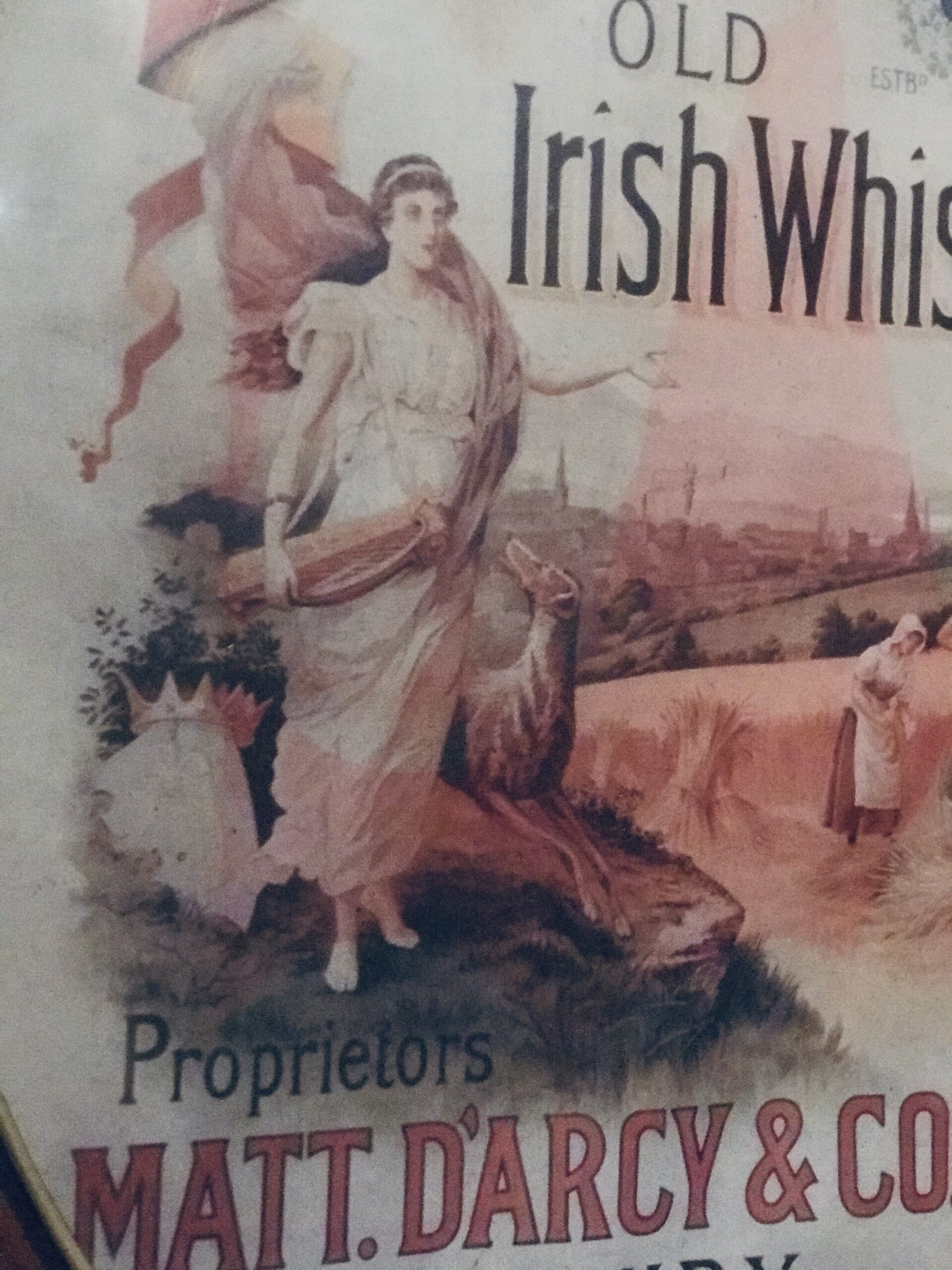 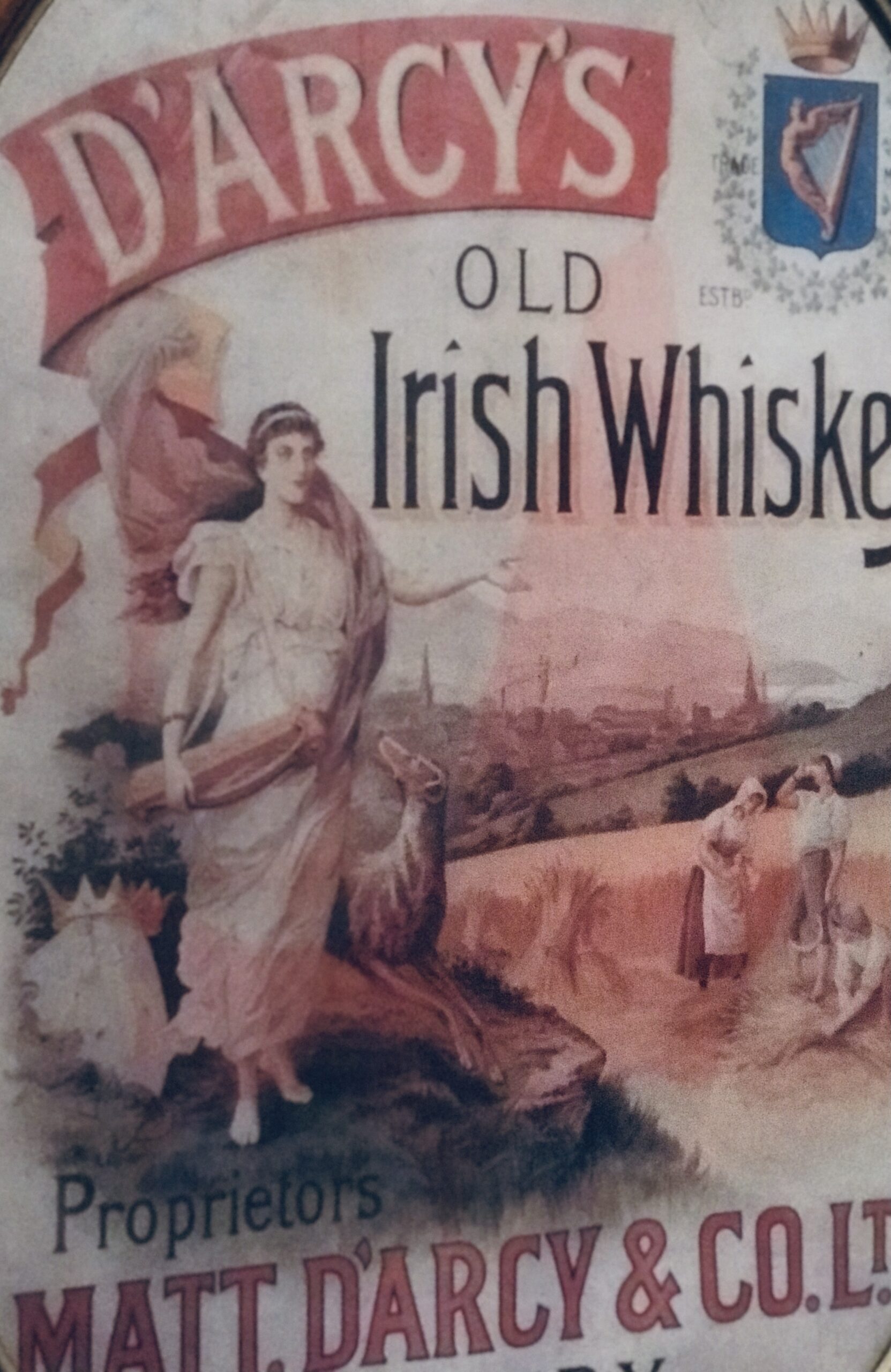