An original photograph of the legendary Arkle jumping the  to win the 1968 Rathconnell Handicap Hurdle at Naas with his virtually ever present jockey Pat Taafe on board.Although the photographs underneath caption reads that it was a hurdle race, there is no doubt that Arkle was jumping a steeplechase fence in this rare photographic memory of Irelands most famous ever racehorse, who was known simply as “Himself”. 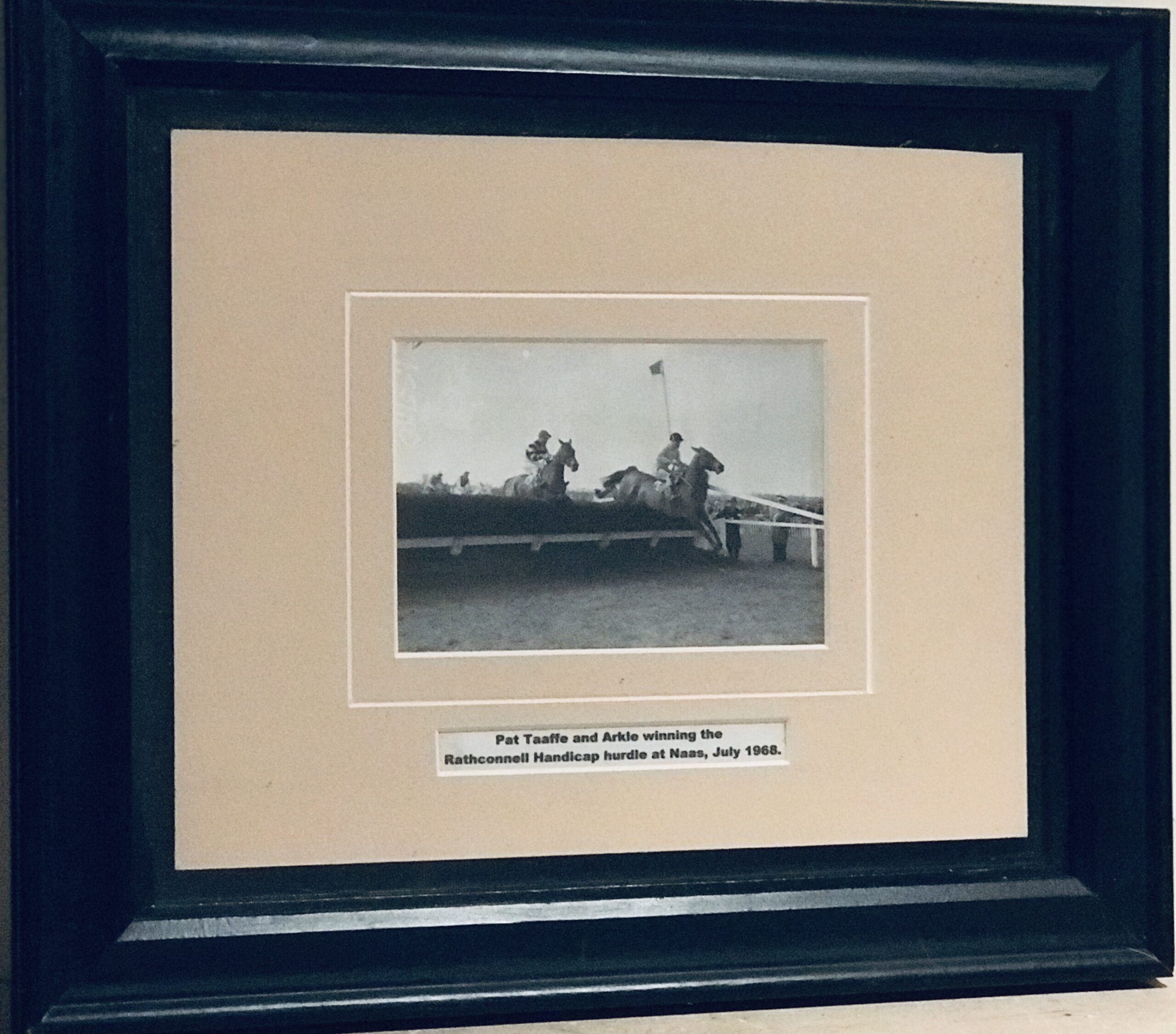 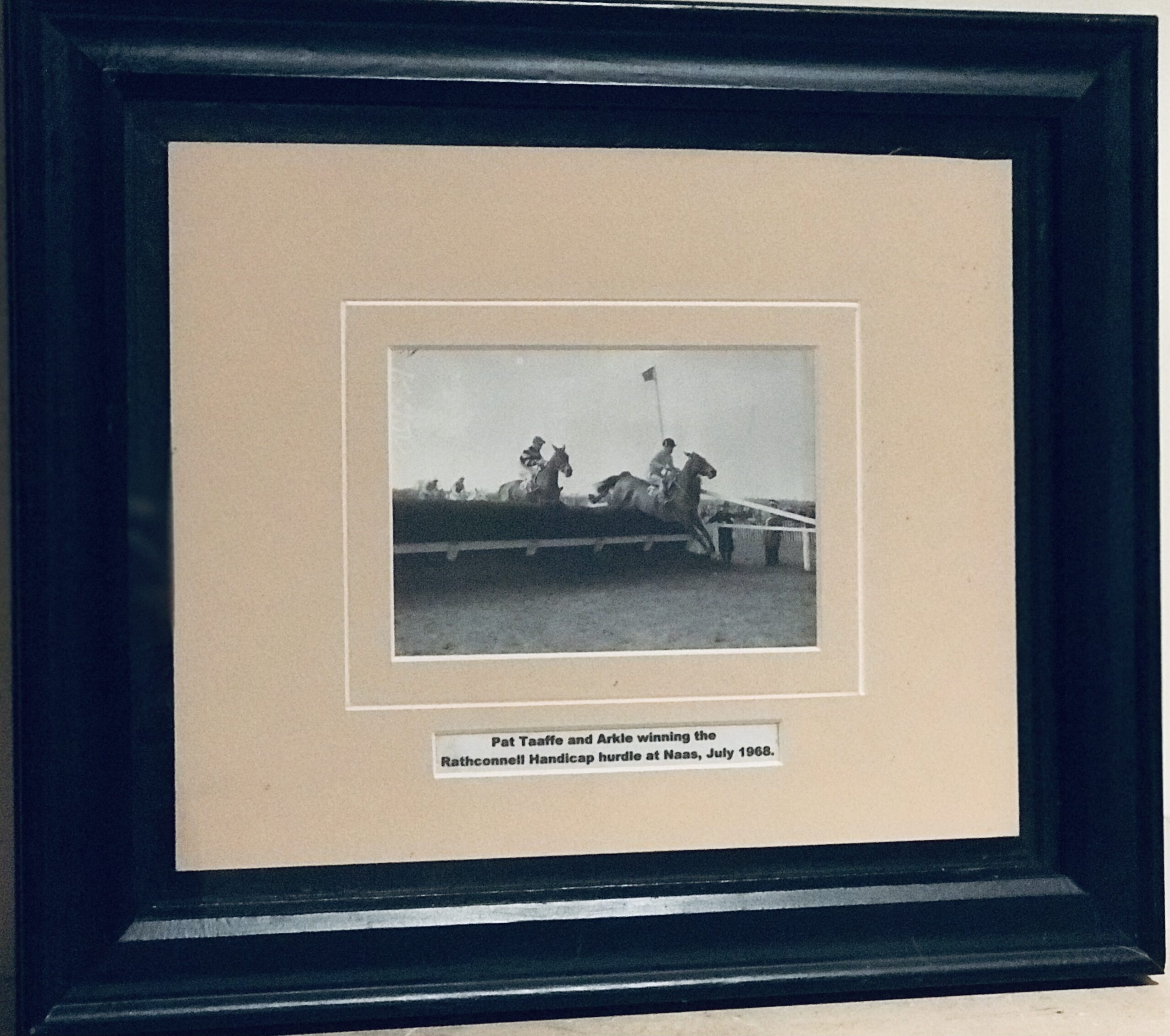 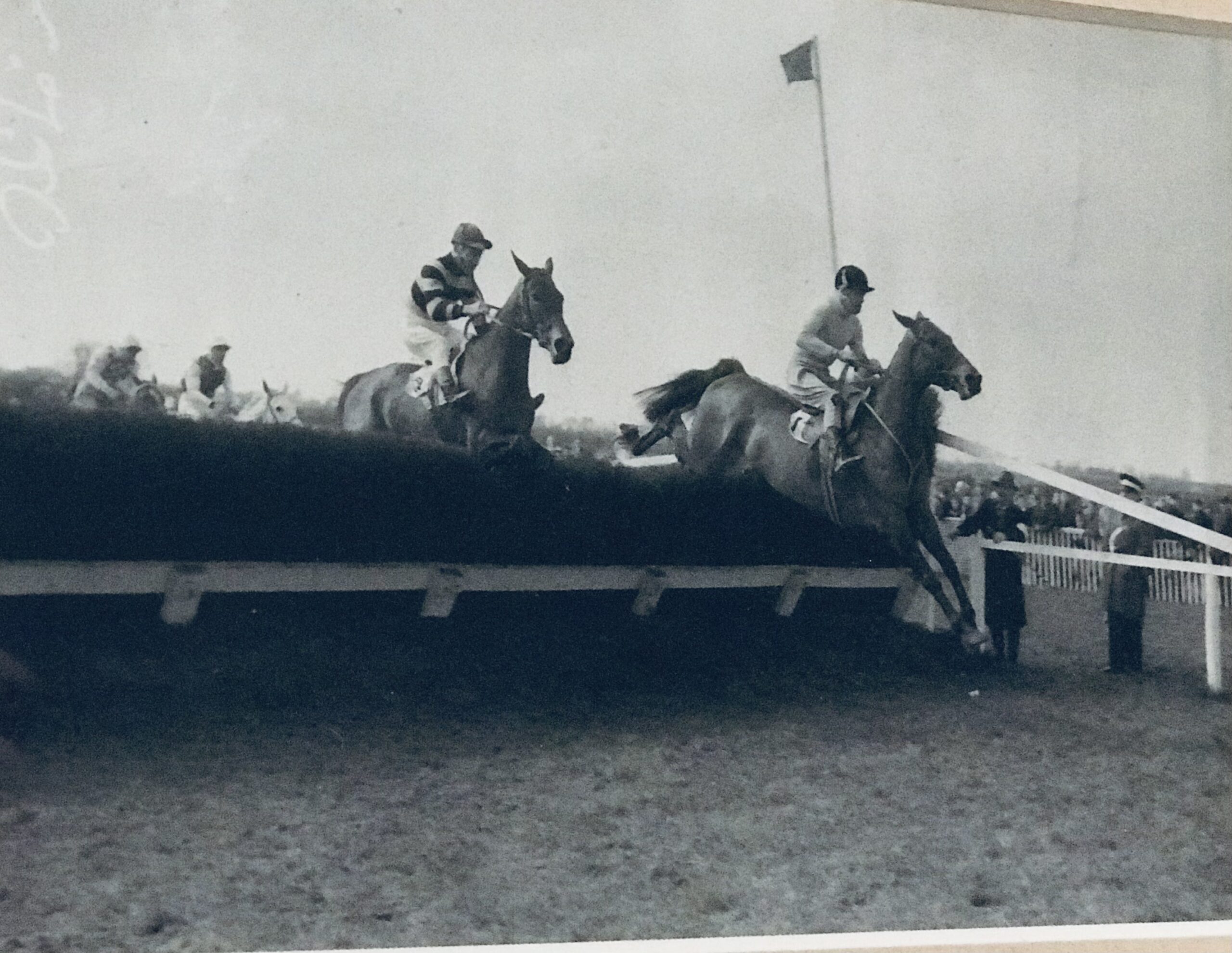 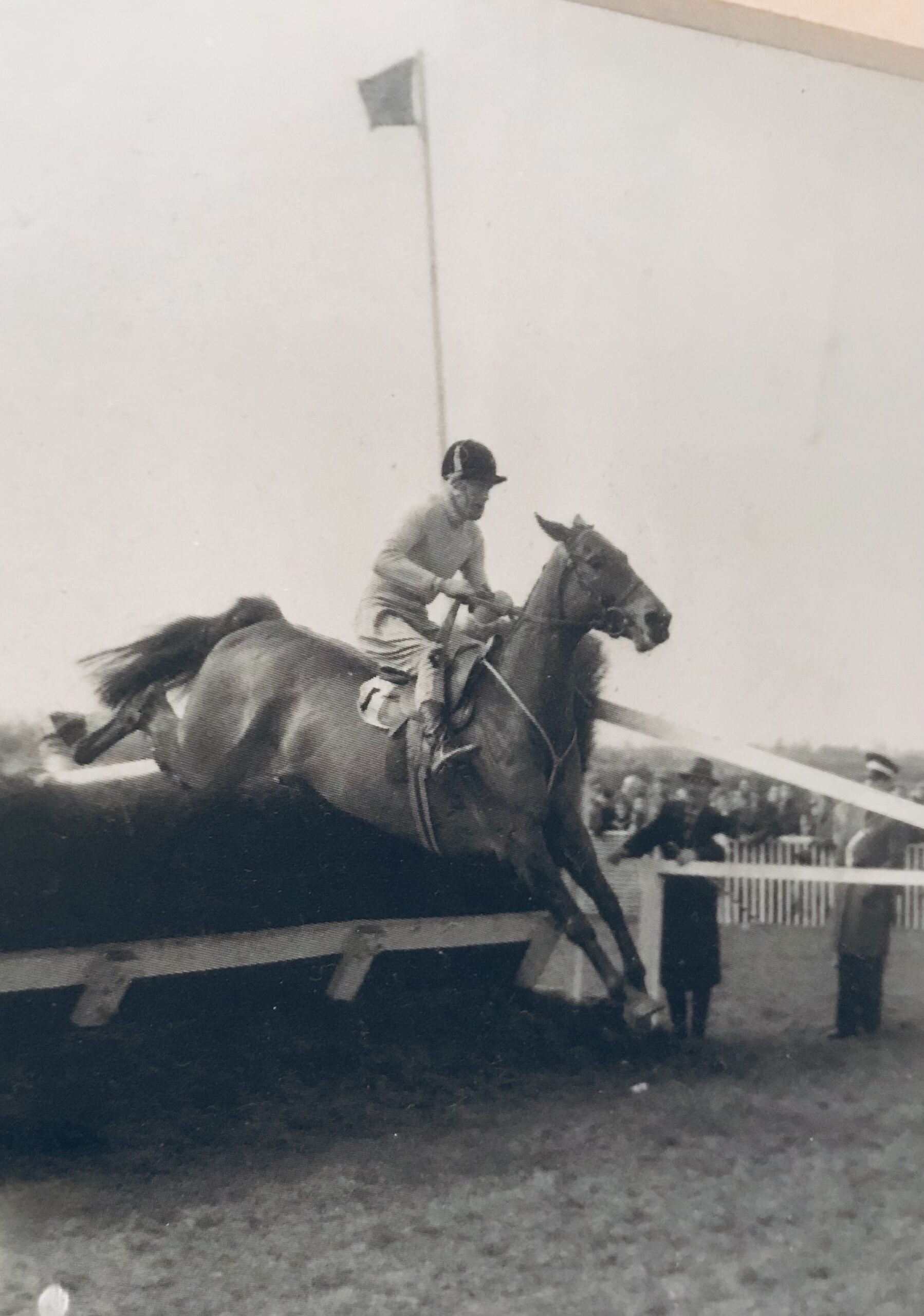