Limerick is well-known and famed for its bacon production, “everything but the squeak was used”. Many of the households in areas such as the Abbey kept pigs along with the more traditional chickens usually fed on domestic scraps as well as on root crops. Although the majority of the pigs were imported from the local environs. Thousands of pigs were slaughtered and processed weekly in the Limerick Bacon factories, who in the height of their production were the most consumed pork products in the British Isles. In the 19th century Limerick Hams became renowned throughout the British Empire with Queen Victoria insisting on Limerick hams at her Christmas dinner. Limerick pork through the O’Mara’s was even exporting as far away as Russia and Romania in 1891 and 1902 respectively.

The four great bacon factories in Limerick were Matterson’s, Shaw’s, O’Mara’s and Denny’s each competing for local, national and international trade out of Limerick city during the 19th and early 20th Centuries. Other Bacon Merchants in Limerick City during this period were Hogan, Longbottom, Looney, Lynch & Spain, Neazor, O’Brien, O’Connor, O’Halloran, Prendergast, Rea, Sullivan, Thompson  though this article concentrates on the four major players.

The bacon industry was wrought with tragedy and some of the stories can be read on the Factory Fatalities page. Further reading on the bacon factories can be found in this issue of The Old Limerick Journal. 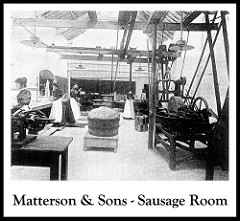 J Matterson & Sons operated out of Roches Street, while their rival company O’Mara’s operated across the road on the same street from 1839. Mattersons was established in 1816 by John Russell and J Matterson, who were brother-in-laws of a kind. Both men married a Mossop sister, Mary and Eleanor.

Not only was Joseph Matterson Jnr. a business owner in the city but he was also a key player in the community. He was vice president of the Protestant Young Mens Association which stained-glass window still remains in-situ in O’Connell Street. 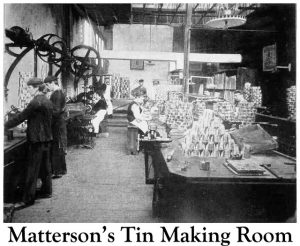 In 1901 Joseph Matterson, Jnr aged 60 was living with his 46 year old wife Agnes and children Leopold (18),  Vera Sunderland(9), Victor (7), Eva (5)  and a seven various servants.  Joseph Matterson Jnr and his wife Agnes had 12 children in total with 9 still living in 1911, married 33 years. After Joseph’s death in 1906, Agnes and family moved to the Ennis Road, her children Ian Gordon and Vera Sunderland were living with her in 1911.

The following also courtesy of Pat Mossop is a wonderful letter written by a Limerick lady in 1873: Eleanor McGhie, an article by Sharon Slater based on the letter was published in the Old Limerick Journal. 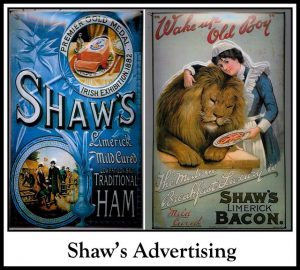 Shaw & Sons operated out of Mulgrave Street. It was founded in 1831 by William John Shaw, whose family originated in Co. Down. In 1892 Shaw’s factory was using electric lights, lifts, a mini-railway  and even telephonic communications, the Shaw’s factory was  well ahead of it’s time. It is now owned by the Kerry Group. 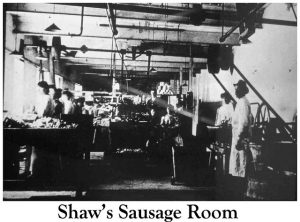 Alexander William Shaw – 27 October 1847 – 29 November 1923Derravoher North Circular Road,bacon curer and local politician and the founder of Limerick and Lahinch golf clubs. He was born in County Limerick, the second son of John Shaw (son of WJ Shaw) of Willowbank, bacon merchant. The family firm was already thriving when he took it over, but under his astute management it grew to become one of the largest bacon curing businesses in Europe, and Shaw became one of the most prominent businessmen in the city.

J. O’Mara & Sons was founded by James O’Mara who was born in Toomevara, Co. Tipperary. James O’Mara’s originally began curing bacon in the basement of his house on Mungert Street. In 1839 he moved his business to a purpose built factory on 30 Roches Street at the junction of  Anne Street, across from their rival Matterson Bacon Factory. He also moved his family during this time to Hartstonge Street. The O’Mara’s factory was demolished in the late 1980s to make way for the multi-story which stands in the spot today. O’Mara’s 100 year lease on the site on Roches Street ended on 18 June 1979. 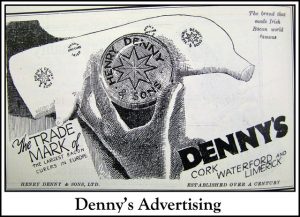 Denny’s and Sons operated out of 27 Upper William Street in in 1891 as well as Mulgrave Street. It was founded by Henry Denny in the 1870s and first operated as a Provision Merchants out of Newtown Mahon, Upper William Street. Denny operated out of Limerick, Cork and Waterford. Denny’s sausages make an appearance in James Joyce’s Ulysses, where Leopold Bloom watches a young girl in Dlugacz’s butcher’s shop buy a pound and a half of Denny’s sausages, as he waits to buy a pork kidney for his and wife Molly’s breakfast. Denny’s is now owned by the Kerry Food group, after they acquired it in 1982. 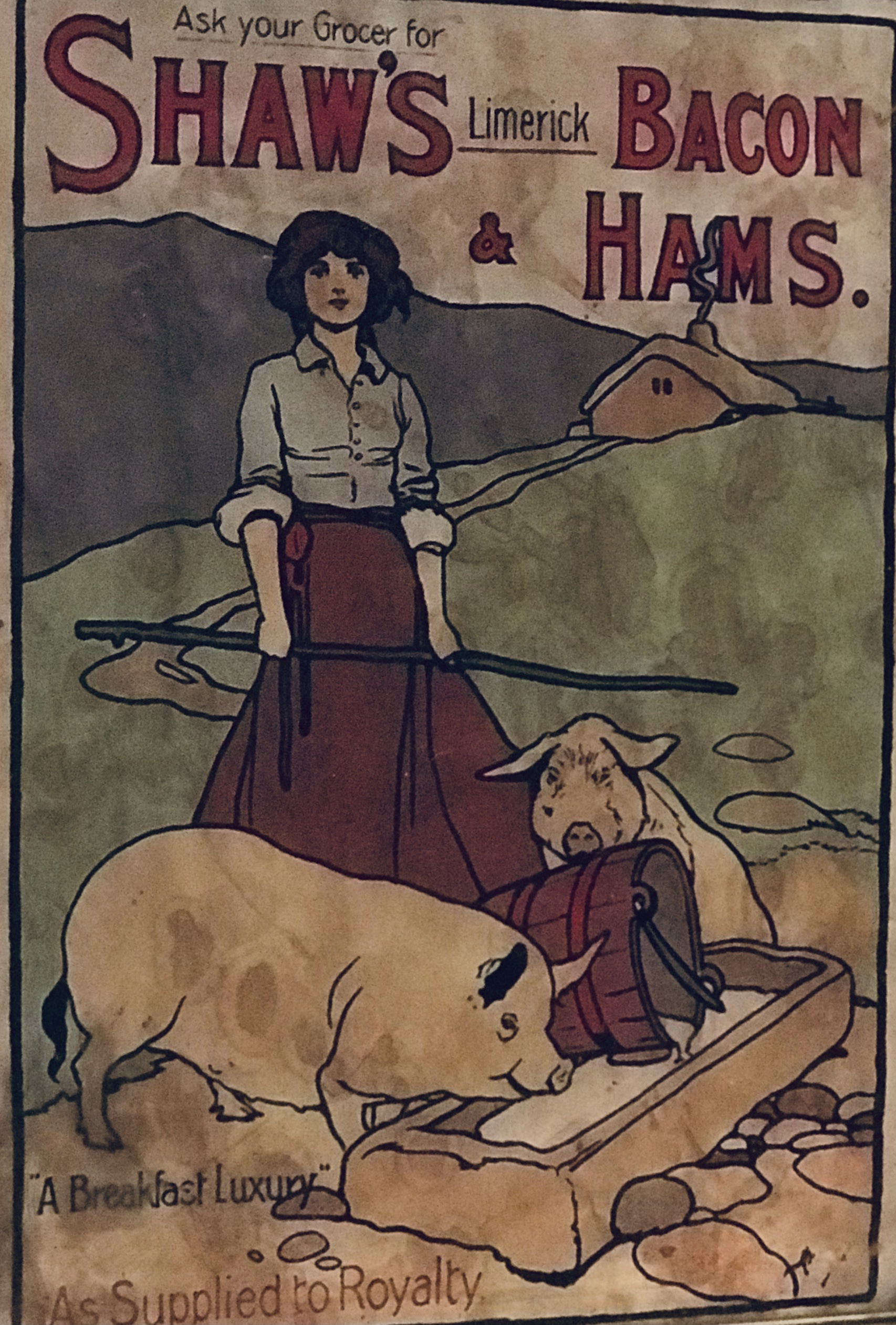 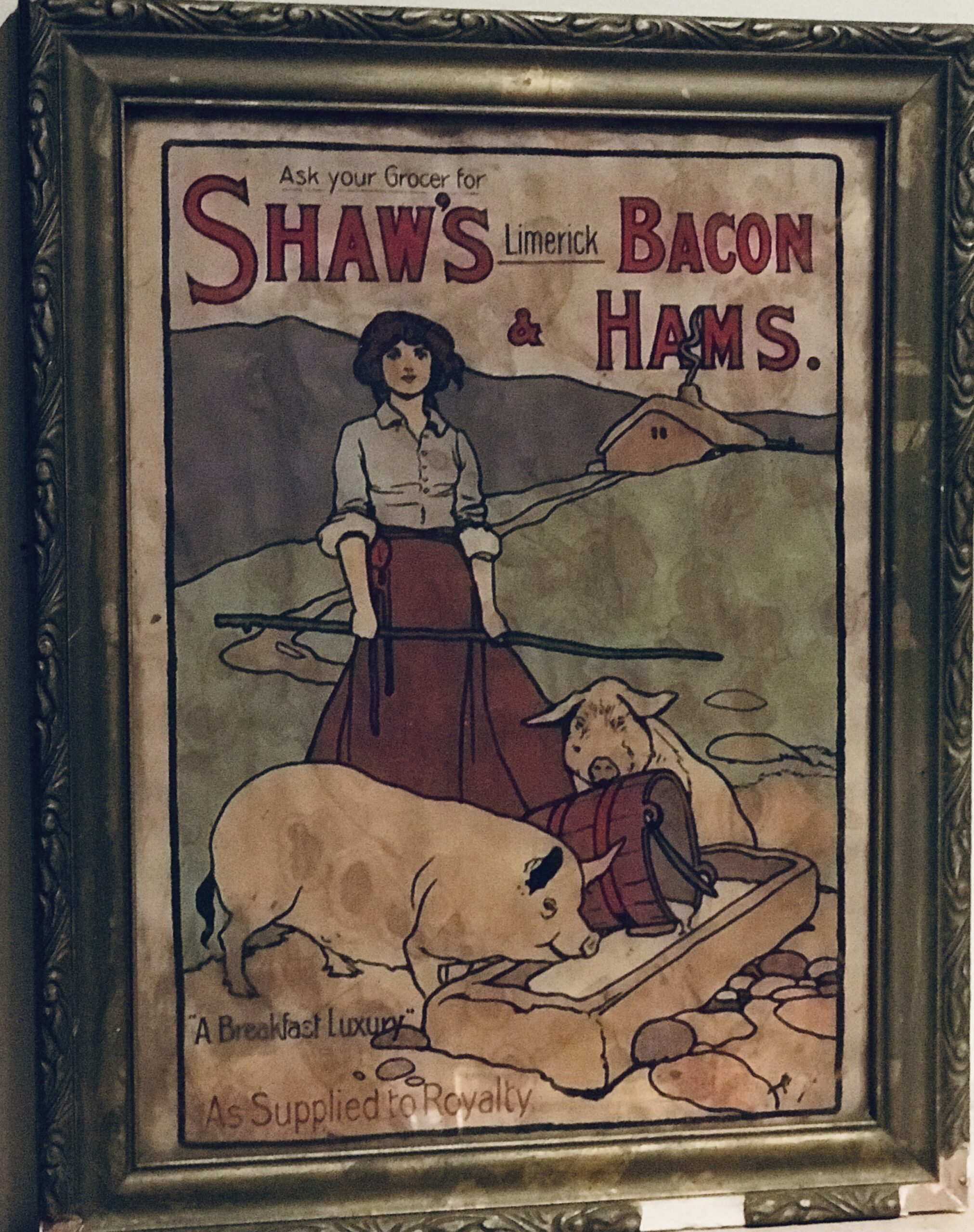 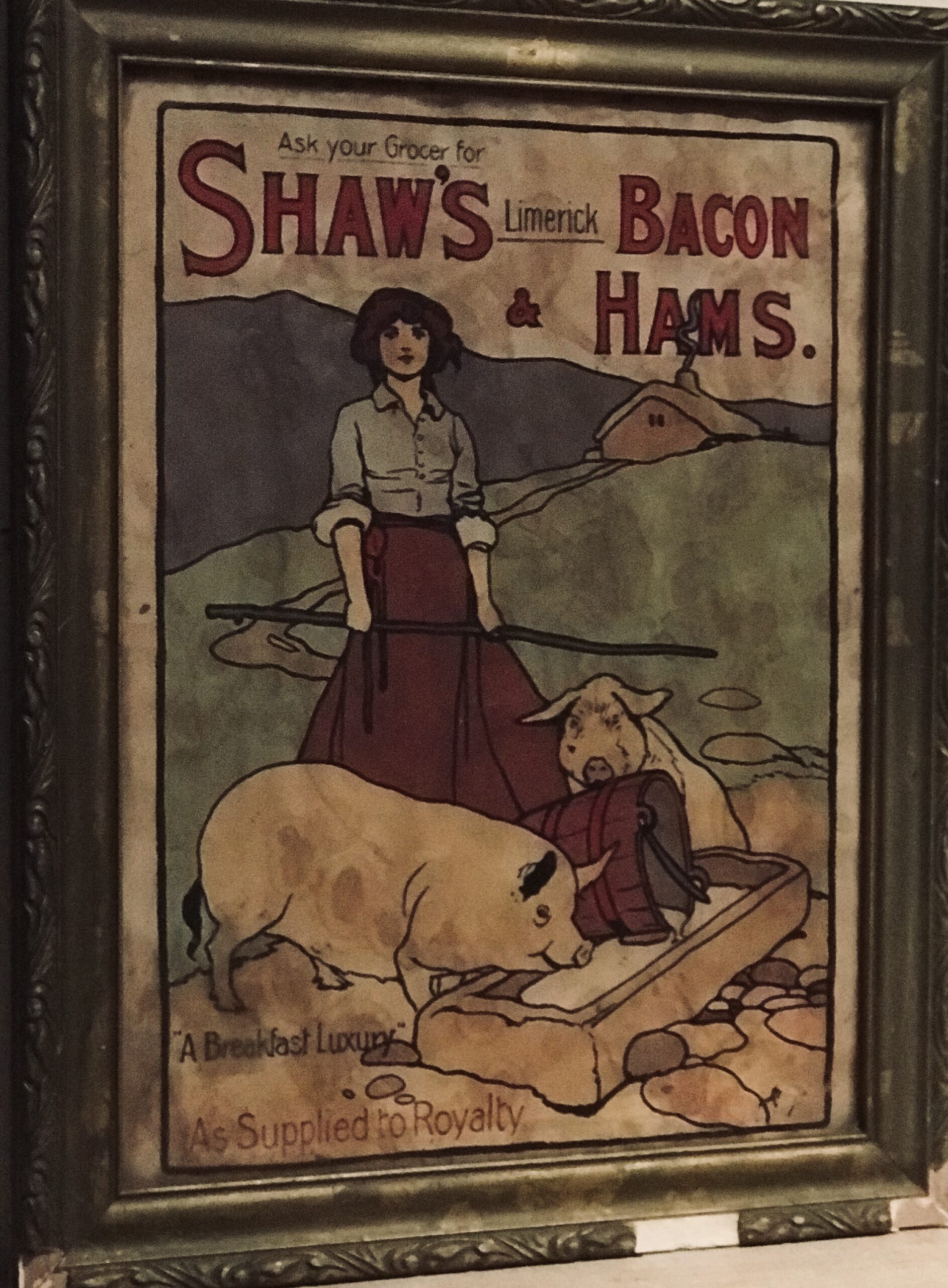