Teachers Scotch Whiskey Retro advert fashioned from the blood, sweat,tears and spillage of a well used Irish Bar Tray & enamel advertising signs.Using high quality reprographics we have brought every scratch,dent and mark back to life in the shape of this unique series of prints.

The Teacher’s Highland Cream brand was first registered in 1884. (The label on the bottles says “est. 1830”, reflecting an earlier date when the founding family entered the whisky business, before the brand name was created.) Teacher’s states that it uses “fully smoked peat single malt whisky from The Ardmore distillery as its fingerprint whisky” along with about 30 other single malt whiskies.[1] Most of the output of the Ardmore distillery is used to produce the Teacher’s brand.

In 1830, William Teacher took advantage of the new “Excise Act” and began selling whisky. From 1832 he was selling it from his wife’s grocery shop in Glasgow. By 1856, with help from his sons, he was granted a licence for consumption and opened his own dram shop. He died in 1876, leaving his two sons William Jr and Adam in charge of the company, known as William Teacher & Sons Ltd. They moved the business to St. Enoch Square, where it remained until 1991. The company opened its Ardmore distillery in 1898, ensuring a guaranteed supply of Scotch for its Teacher’s Highland Cream blend. The brand entered the US market after the end of Prohibition in the United States; the first shipment of Teacher’s was sent on the Cunard steamer Scythia. Teacher & Sons acquired the Glendronach distillery in 1960 and built a modern blending and bottling plant in Glasgow in 1962.

In 1976, Teacher & Sons was bought by Allied Breweries, which became part of Allied Lyons in 1978 and then Allied Domecq in 1994. The Glendronach distillery was shut down in 1996 and was later sold off to Chivas Brothers after being reopened in 2002. In 2005, Allied Domecq was taken over by Pernod Ricard. Beam Inc. acquired Ardmore and the Teacher’s brand, along with Laphroaig distillery on Islay.

In 2014, Beam was purchased by Suntory to form Beam Suntory. 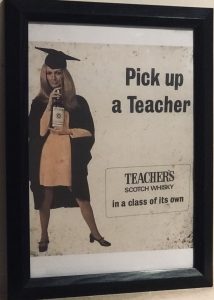 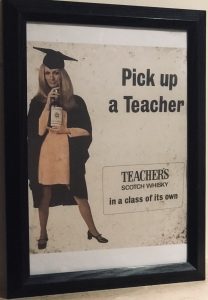