We think small is beautiful when it comes to antique Irish Whiskey Mirrors and here is one magnificent example of one.A John Jameson Whiskey Mirror with the legendary Barrelman to the fore.

WHY A BARRELMAN?
In 1930 John Jameson made a barrelman mascot for aviator Sir C. Kingford-Smith. On June 24th 1930, the mascot took pride of place in the ‘Southern Cross’ plane that flew from Portmarnock, Ireland on the transatlantic odyssey to America. Since the making of this first lucky mascot, Jameson has revived the icon of the Barrelman, placing him front and centre on their communications.

WHY AT THE DIRTY ONION?
Constructed in the early 1800s, this was a busy Jameson warehouse long before it became a bar. Granted a bonded licence in 1921, it stored barrels and crates of Jameson in a warehouse known as ‘Stack N’. The Barrelman is a tribute to those early adopters of Jameson who labored to bring the barrels to the city. 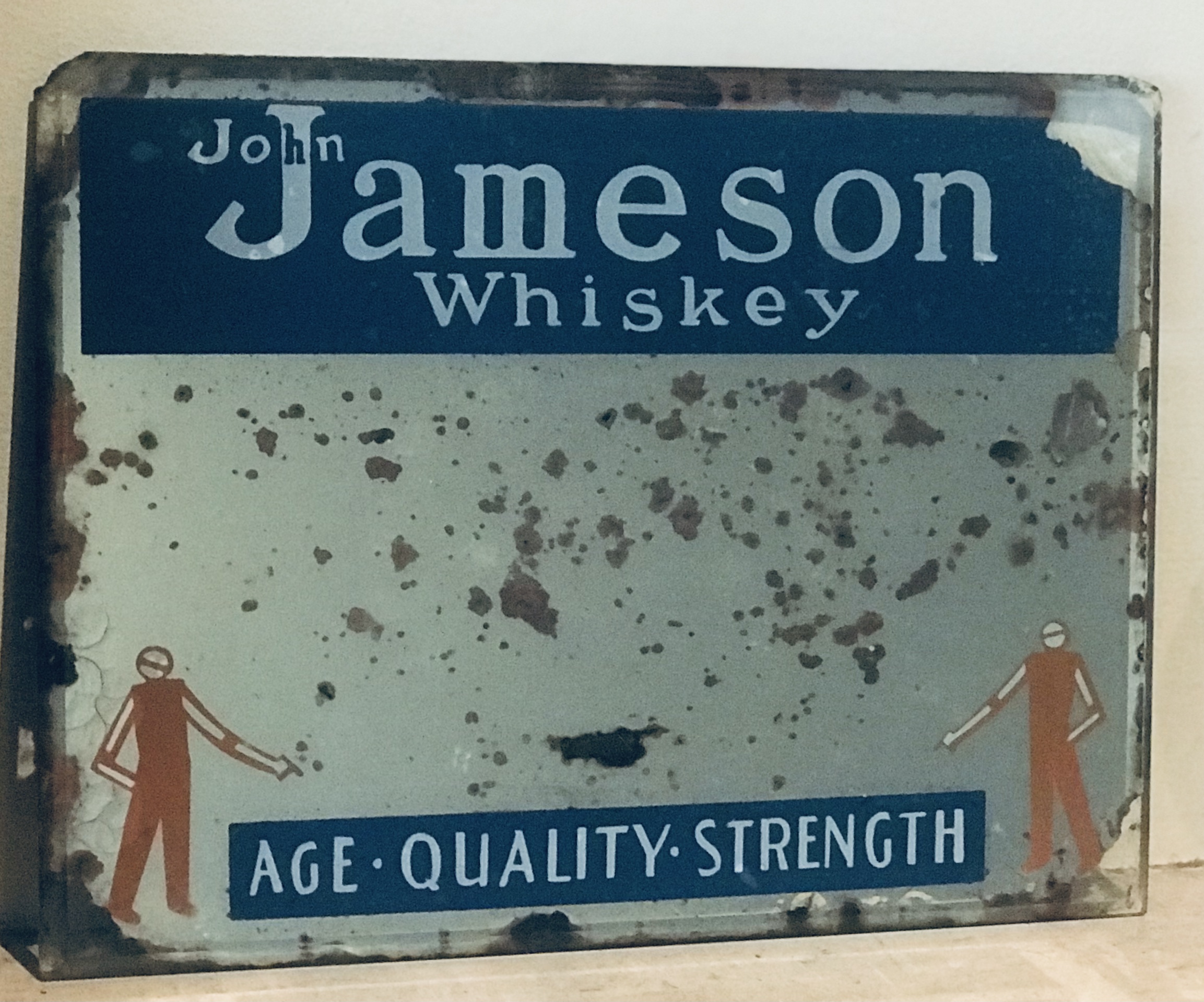 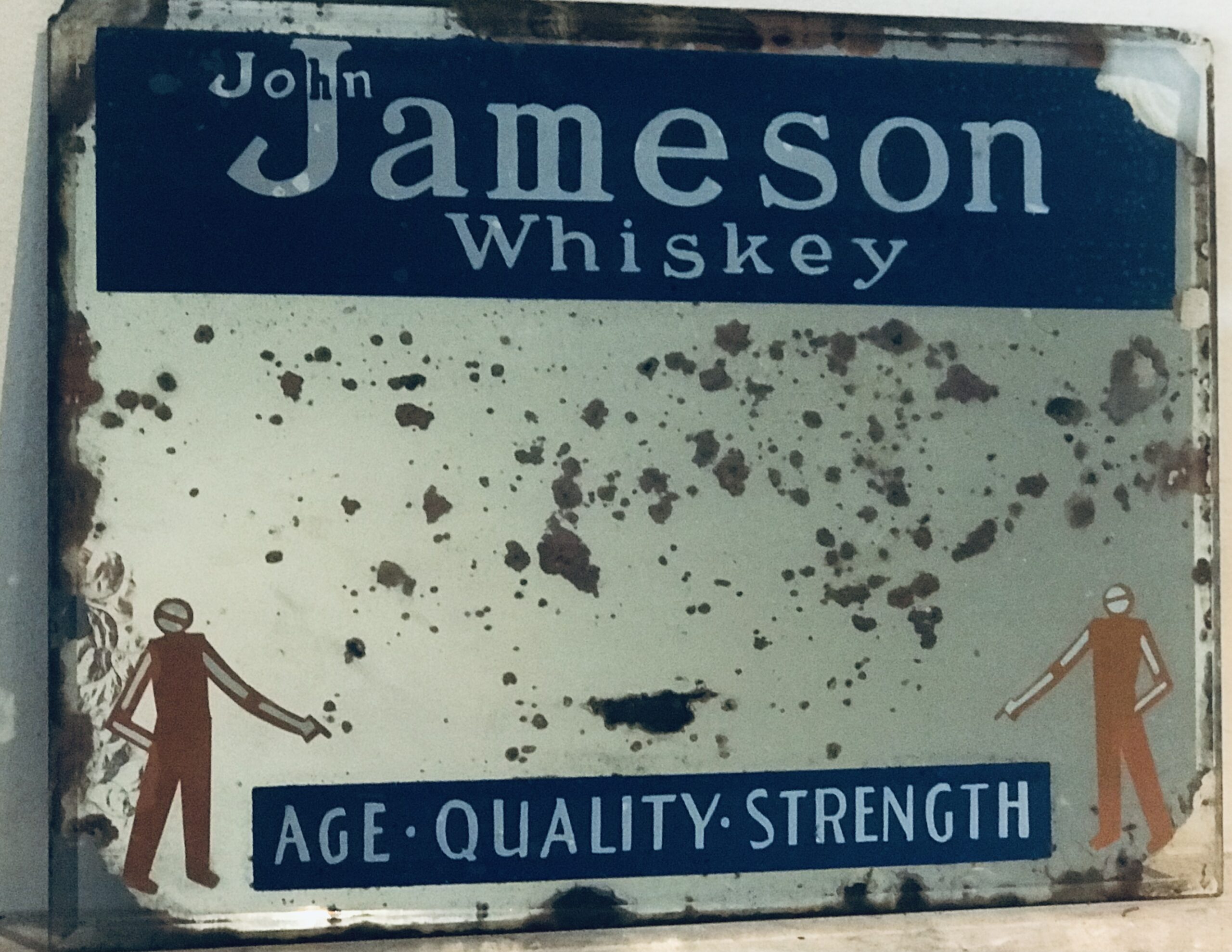 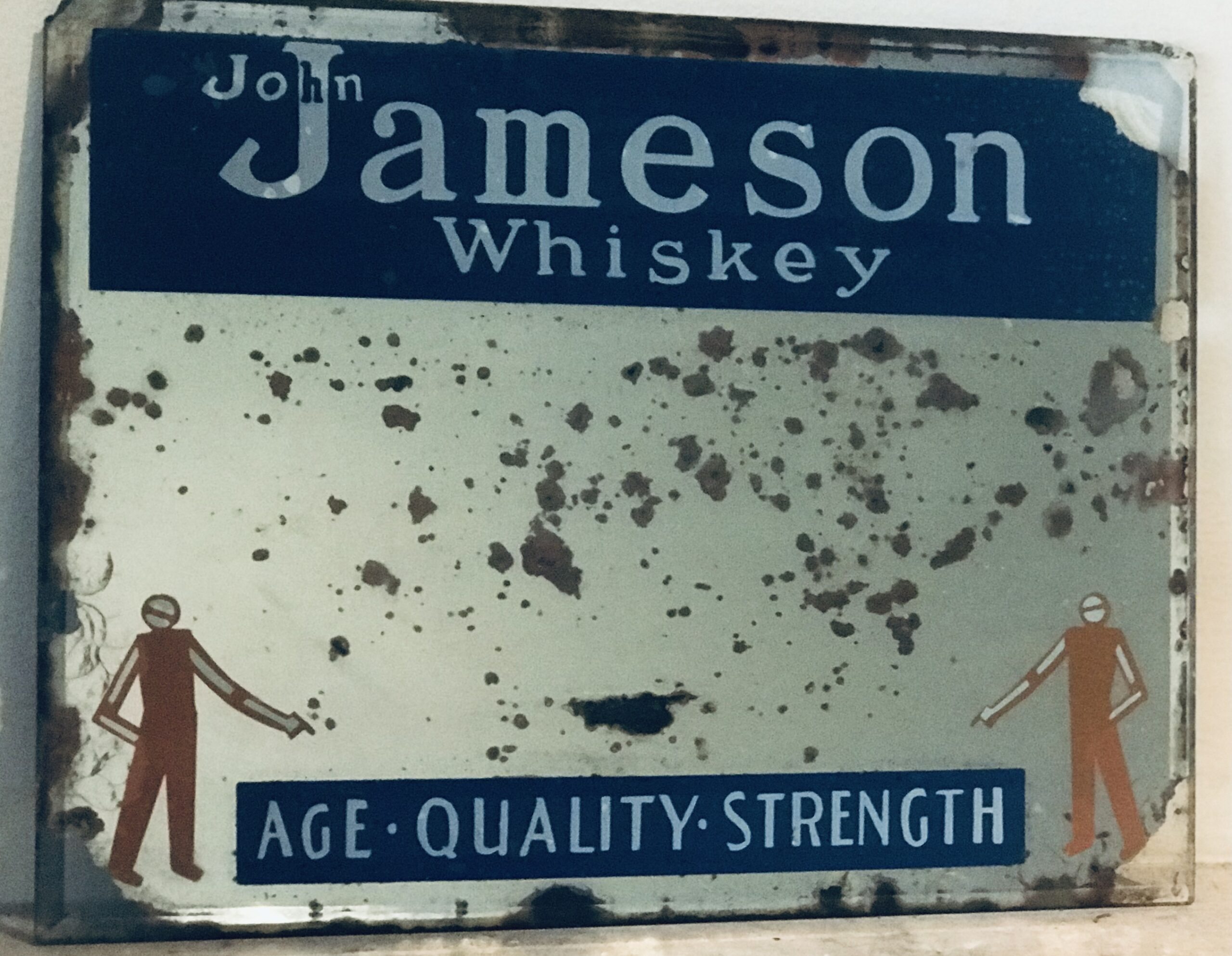 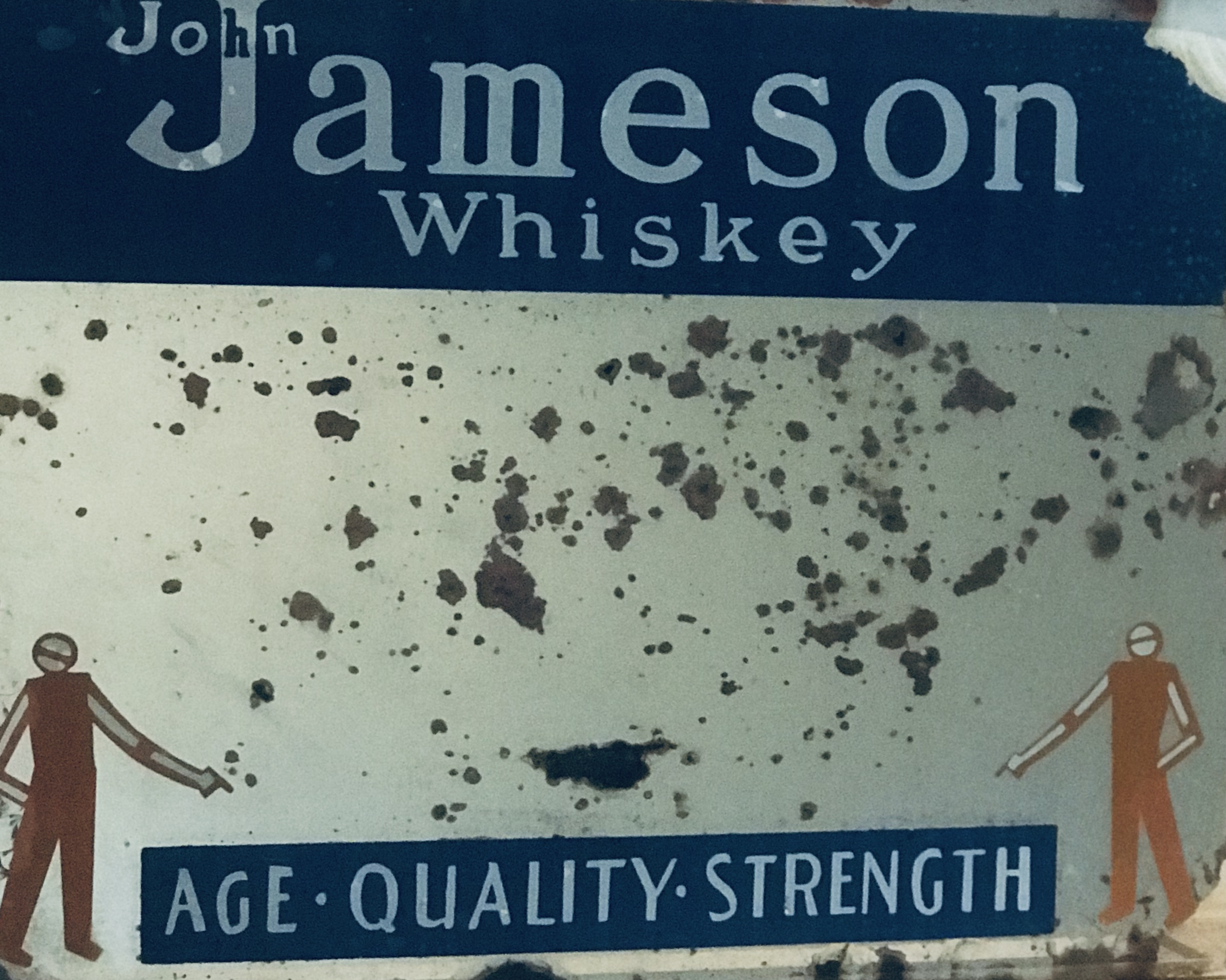