Durant was cast out from the management of General Motors in 1910, a company which he had founded in 1908. In 1904 he had taken over the Flint Wagon Works and Buick Motor Company of Flint, Michigan. He also incorporated the Mason and Little companies. As head of Buick, Durant had hired Louis Chevrolet to drive Buicks in promotional races. Durant planned to use Chevrolet’s reputation as a racer as the foundation for his new automobile company. The first factory location was in Flint, Michigan at the corner of Wilcox and Kearsley Street, now known as “Chevy Commons” at coordinates 43.00863°N 83.70991°W, along the Flint River, across the street from Kettering University.

Actual design work for the first Chevy, the costly Series C Classic Six, was drawn up by Etienne Planche, following instructions from Louis. The first C prototype was ready months before Chevrolet was actually incorporated. However the first actual production wasn’t until the 1913 model. So in essence there were no 1911 or 1912 production models, only the 1 pre-production model was made and fine tuned throughout the early part of 1912. Then in the fall of that year the new 1913 model was introduced at the New York auto show.

Chevrolet first used the “bowtie emblem” logo in 1914 on the H series models (Royal Mail and Baby Grand) and The L Series Model (Light Six). It may have been designed from wallpaper Durant once saw in a French hotel room.More recent research by historian Ken Kaufmann presents a case that the logo is based on a logo of the “Coalettes” coal company.[10][11] An example of this logo as it appeared in an advertisement for Coalettes appeared in the Atlanta Constitution on November 12, 1911.Others claim that the design was a stylized Swiss cross, in tribute to the homeland of Chevrolet’s parents. Over time, Chevrolet would use several different iterations of the bowtie logo at the same time, often using blue for passenger cars, gold for trucks, and an outline (often in red) for cars that had performance packages. Chevrolet eventually unified all vehicle models with the gold bowtie in 2004, for both brand cohesion as well as to differentiate itself from Ford (with its blue oval logo) and Toyota (who has often used red for its imaging), its two primary domestic rivals.

Louis Chevrolet had differences with Durant over design and in 1914 sold Durant his share in the company. By 1916, Chevrolet was profitable enough with successful sales of the cheaper Series 490 to allow Durant to repurchase a controlling interest in General Motors. After the deal was completed in 1917, Durant became president of General Motors, and Chevrolet was merged into GM as a separate division. In 1919, Chevrolet’s factories were located at Flint, Michigan; branch assembly locations were sited in Tarrytown, N.Y., Norwood, Ohio, St. Louis, Missouri, Oakland, California, Ft. Worth, Texas, and Oshawa, Ontario General Motors of Canada Limited. McLaughlin’s were given GM Corporation stock for the proprietorship of their Company article September 23, 1933 Financial Post page 9.In the 1918 model year, Chevrolet introduced the Series D, a V8-powered model in four-passenger roadster and five-passenger tourer models. Sales were poor and it was dropped in 1919.

Chevrolet continued into the 1920s, 1930s, and 1940s competing with Ford, and after the Chrysler Corporation formed Plymouth in 1928, Plymouth, Ford, and Chevrolet were known as the “Low-priced three”.[16] In 1929 they introduced the famous “Stovebolt” overhead-valve inline six-cylinder engine, giving Chevrolet a marketing edge over Ford, which was still offering a lone flathead four (“A Six at the price of a Four”). In 1933 Chevrolet launched the Standard Six, which was advertised in the United States as the cheapest six-cylinder car on sale.[17]

Chevrolet had a great influence on the American automobile market during the 1950s and 1960s. In 1953 it produced the Corvette, a two-seater sports car with a fiberglass body. In 1957 Chevy introduced its first fuel injected engine,[18] the Rochester Ramjet option on Corvette and passenger cars, priced at $484.[19] In 1960 it introduced the Corvair, with a rear-mounted air-cooled engine. In 1963 one out of every ten cars sold in the United States was a Chevrolet.[20] 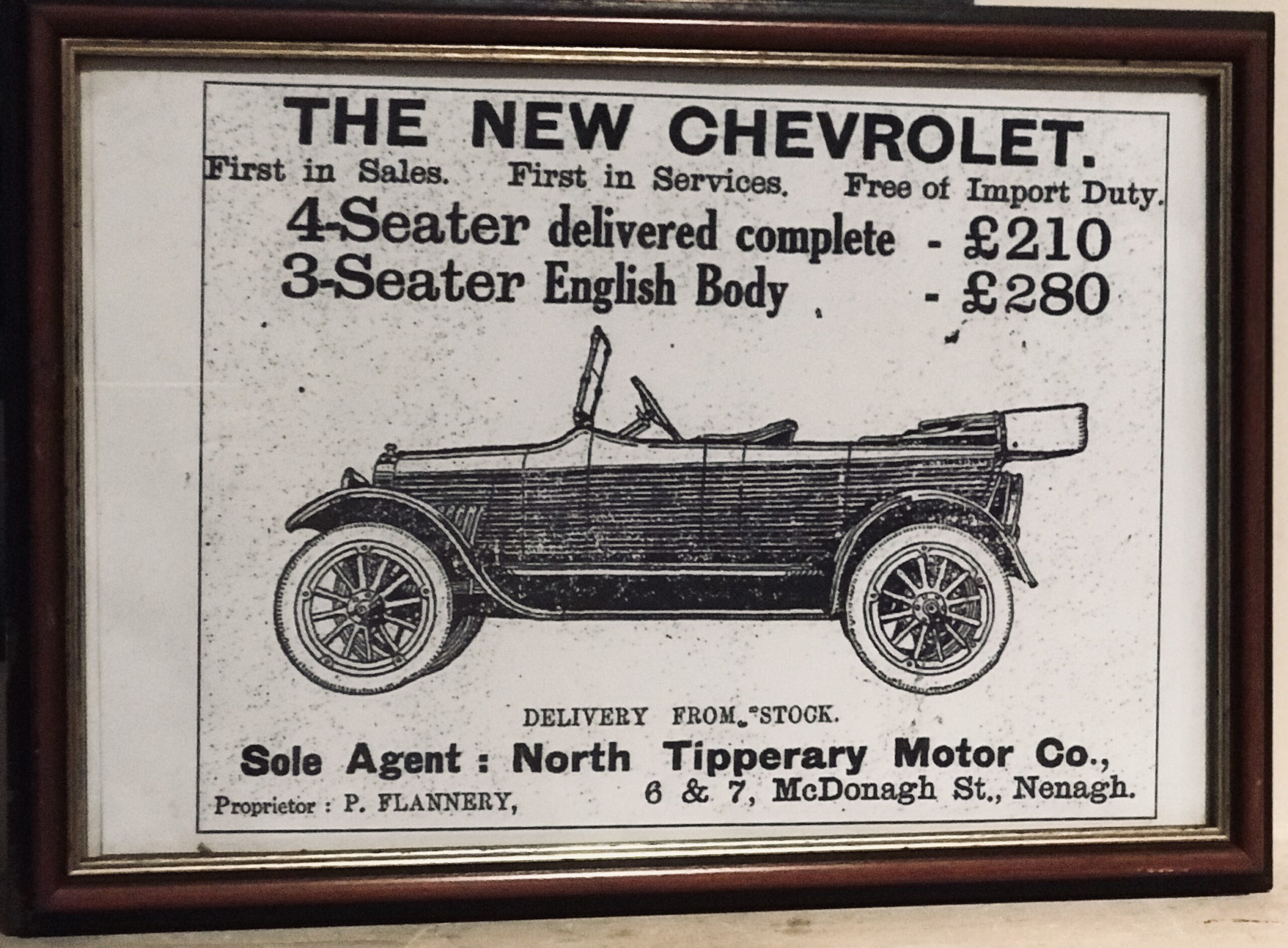 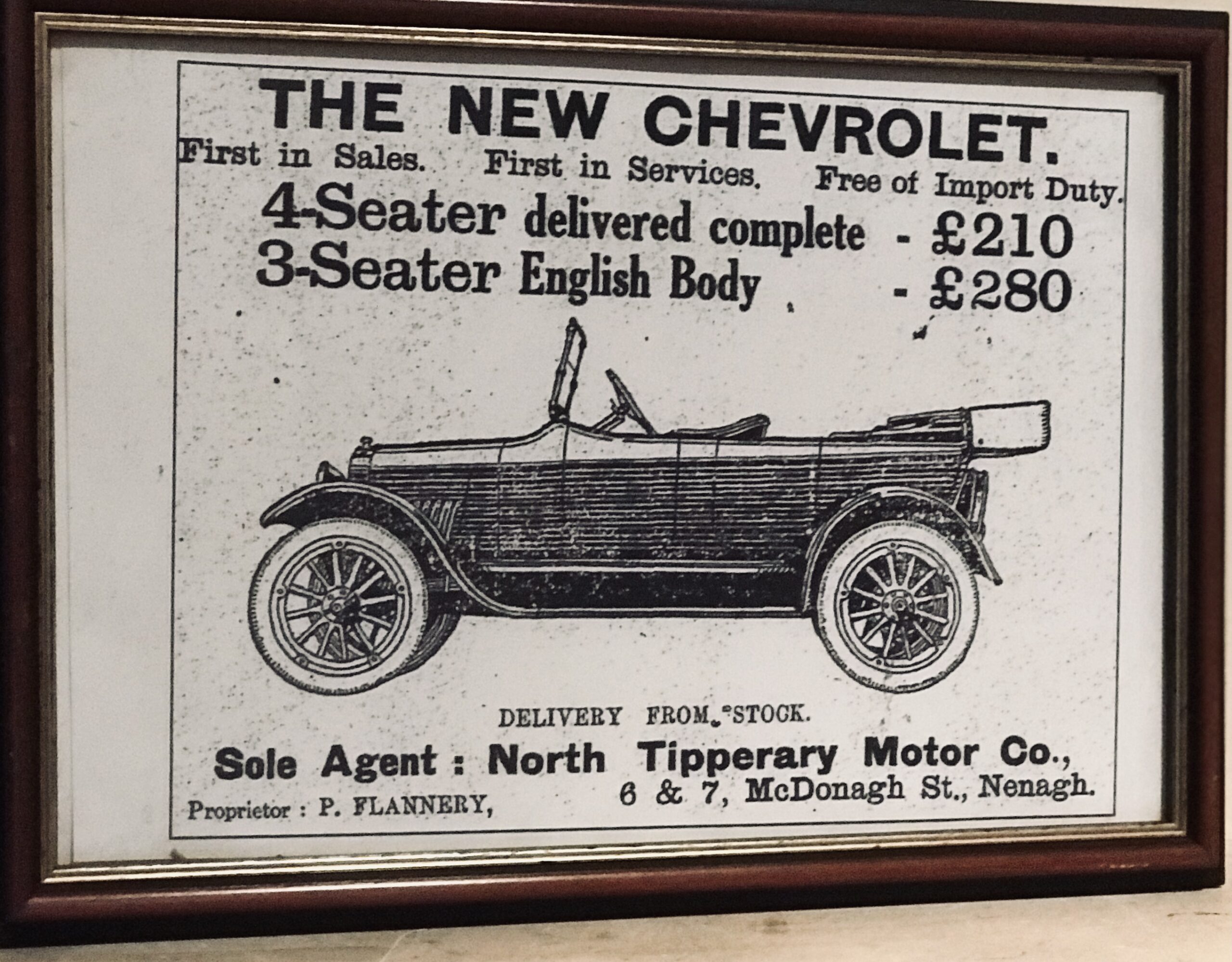 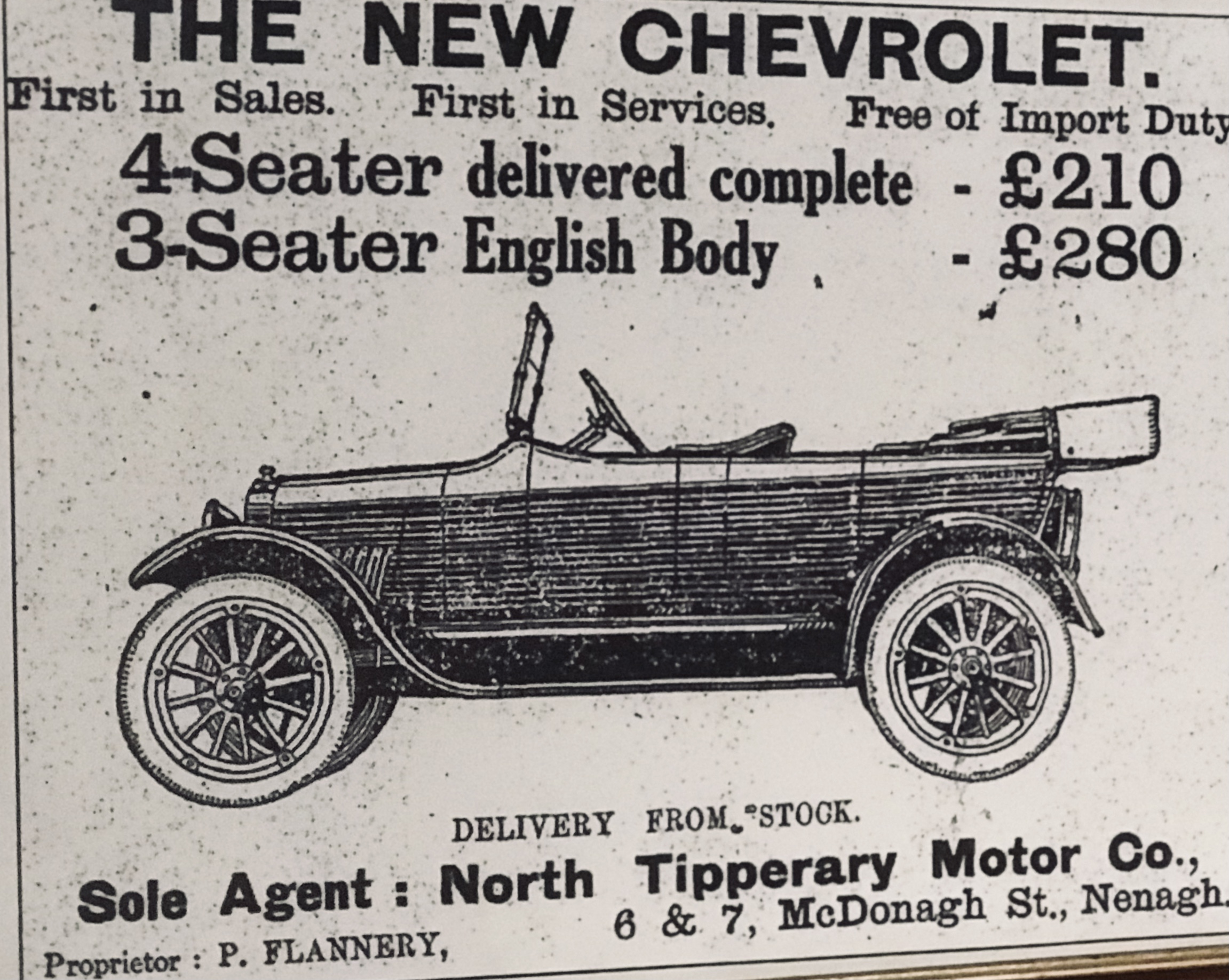 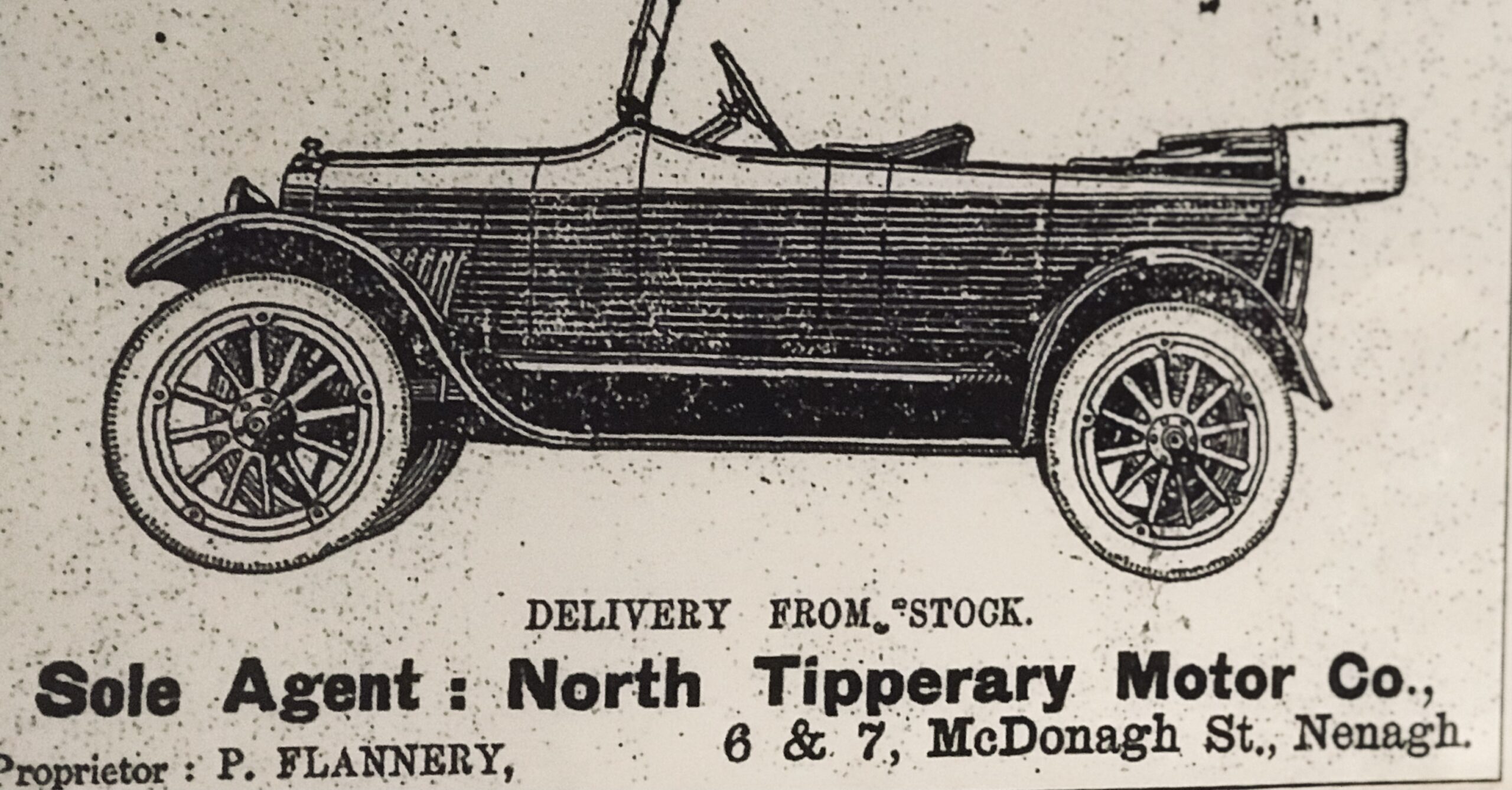