Nearly a Che Guevera style to this poster of the rebel hero Sean South from Garryowen in the heart of Limerick City.

Sean South ( c. 1928 – 1 January 1957)was a member of an IRA military column led by Sean Garland on a raid against a Royal Ulster Constabulary barracks in Brookeborough, County Fermanagh, Northern Ireland, on New Year’s Day 1957.South, along with Fergal O’Hanlon, died of wounds sustained during the raid.

Seán South was born in Limerick where he was educated at Sexton Street Christian Brothers School, later working as a clerk in a local wood-importing company called McMahon’s. He was a member of a number of organisations, including Clann na Poblachta, Sinn Féin, the Gaelic League and the Legion of Mary. In Limerick he founded the local branch of Maria Duce, a social Roman Catholic organisation, where he also edited both An Gath and An Giolla. He had received military training as a lieutenant of the Irish army reserve, the Local Defence Force (LDF), which would later become An Fórsa Cosanta Áitiúil (the FCA), before he became a volunteer in the Irish Republican Army.

Being a member of An Réalt (the Irish-speaking chapter of the Legion of Mary),South was a devout Catholic and a conservative, even by the standards of the day.It was at a meeting of An Réalt that he met his only serious girlfriend, Máire de Paor. She was a schoolteacher from Limerick, and was a great lover of the Irish language. He was also a member of the Knights of Columbanus.

In 1949, South wrote a series of letters to his local newspaper, the Limerick Leader. These letters condemned Hollywood films for what South regarded as their immoral messages. South accused these films of promoting a “stream of insidious propaganda which proceeds from Judeo-Masonic controlled sources, and which warps and corrupts the minds of our youth.”South also claimed that the American film industry was controlled by “Jewish and Masonic executives dictating to Communist rank and file.” In his letters, South also denounced Irish trade unions, and praised the activities of Senator Joseph McCarthy in the United States.

On New Year’s Day 1957, 14 IRA volunteers crossed the border into County Fermanaghto launch an attack on a joint RUC/B Specials barracks in Brookeborough. During the attack a number of volunteers were injured, two fatally. South and Fergal O’Hanlon died of their wounds as they were making their escape. Their bodies were brought into an old sandstone barn by their comrades. The stone from the barn was used to build a memorial at the site. A young Catholic constable, John Scalley, was killed in the ensuing gun battle between the IRA unit and the RUC.

The attack on the barracks inspired two popular rebel songs: ‘Seán South of Garryowen’ and ‘The Patriot Game ‘. 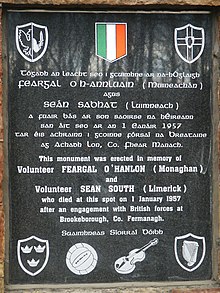 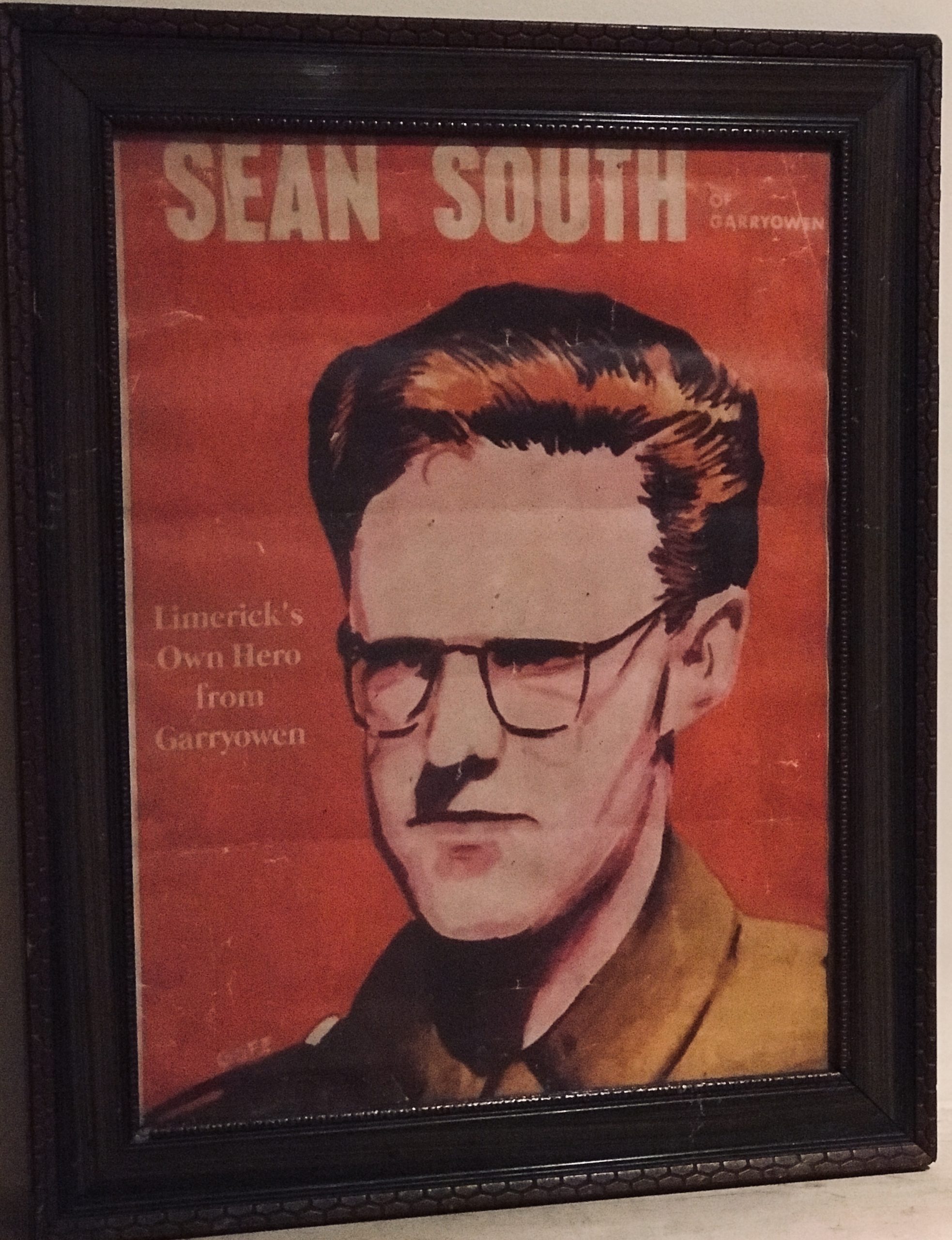 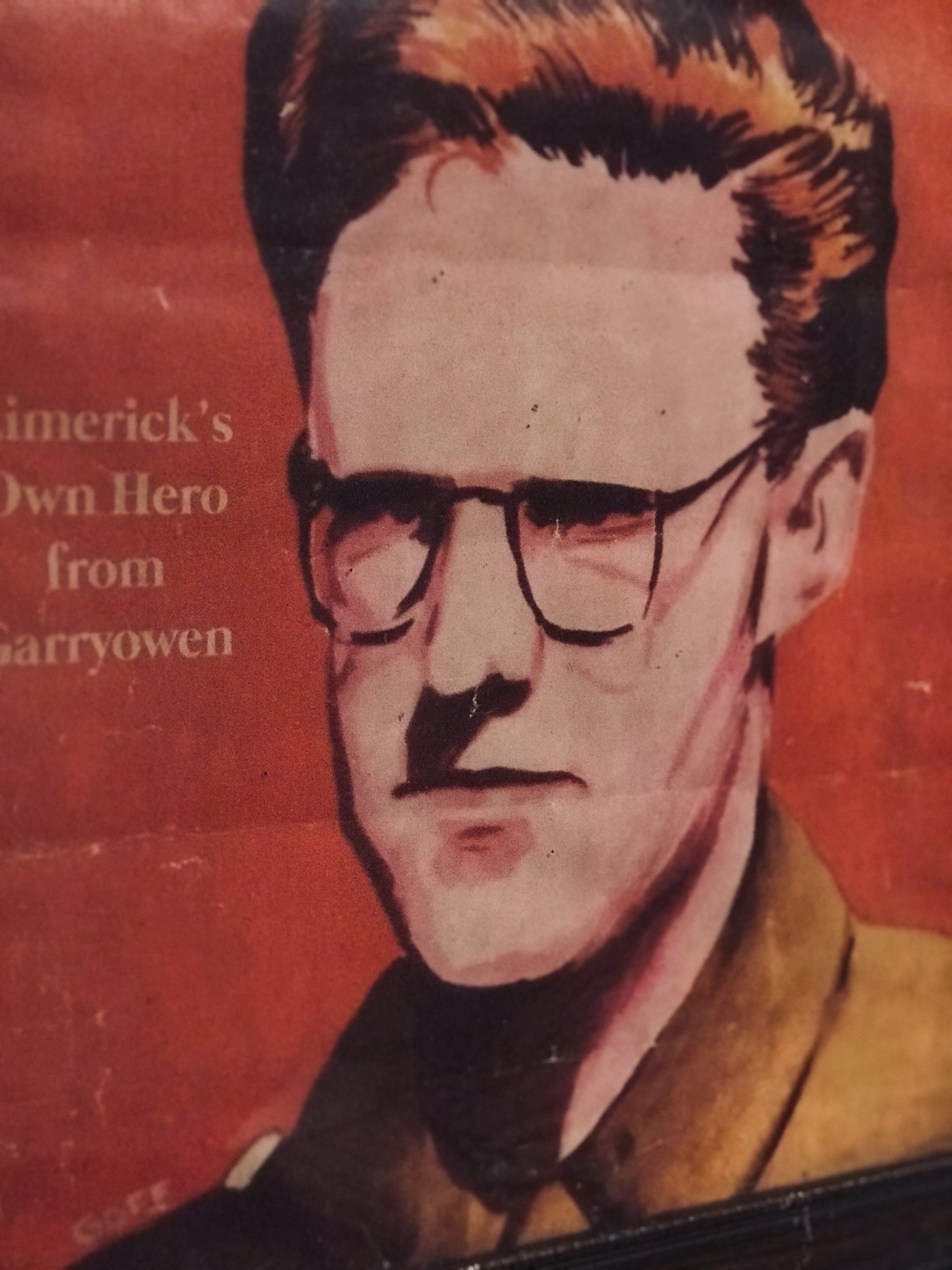