Charming framed postcard of the famous John Keating R.H.A painting The Aran Fisherman and his wife .

he Paintings of Sean Keating

He sustained a belief in the dream world that could be created out of ordinary life as it surrounded him, writes Bruce Arnold in an evaluation of the work of the late Sean Keating.

SEAN KEATING’S place in Irish art was, to a large extent, defined for him. As a traditional realist he responded to events; he painted historyo individual people, ‘types’, and the small worlds with” which they care associated. It was fortunate for him that his early life coincided with moomentous events, and it was natural, given his direct and forceful personnality, that he should attempt to grapple with such events and turn them into art..

His equipment for doing so was simple, traditional, and more or less unchanging throughout his long life. And it was acquired virtually from one source., William Orpen. Keating met Orpen in 1907 when he came from Limerick to Dublin as a student at the Metropolitan School of Art.

He was Orpens favourite pupil, his friend, and then his studio assistant. The association lasted until the introduction of conscription in the second year of the first world war. At that point, having failed to persuade Orpen to leave England’ and return to Ireland for the sake of Irish painting, Keating came home on his own and em barked on a career as a painter thatwas governned by intense nationalism, love of the language, a belief in the purity of the simple peasant life – which, for Keatting, was epitomised by the Aran Islands – and a repudiation of modernism in all its forms.

He may be said to have learnt only the last of these from Orpen. What he had learnt, however, was a simplicity of line, a perfected co-ordination of hand and eye, and an understanding of paint, all of which provided a firm foundation for the increasingly hard task of sustaining realism through a very long life.

Who shall judge his work finally?

At times mawkish, at times sentimental, there is at the same time alway, ..I thread of truth and innocence III Keating’s vision, a devastating cornbin ation when one is thinking of possterity.

In his turn, Sean Keating inspu ,.: fresh generations of Irish artists. VIrrtually alone in the genera non of pam ters taught by Orpen , he sustained a belief not only in the principle, of sound draughtmanship , good technique, well primed canvasses. and an ancient and traditional use of paint. but also in the dream world that could he created out of the stuff of or dinar y life as it surrounded him. Like John Synge, Keating recognised .m the Irish character that propensity towards self-dramatisation that rescues humanity from the fearful boredom that surrrounds so much of life. And it Cd me to form a central part of his art Wheether he is painting a flying column resting during the War of Independence, a fisherman facing the western seas, or simply a farmer facing the eternal and unending struggle with the land, Keating was able to see forms of herooism and to paint them into the eyes and gestures. It is this that distinguishes his art, at its best, from what is loosely called the academic tradition in Irish art.

In a rough and ready way, directly, instinctively, sometimes with inexcussable gaucheness, but rarely if ever with any loss of the essentials of line and colour, Sean Keating painted a record of his own time. He repudiated modernism because, for him, it departted from truth, and truth was something for which he had unqualified admiration. ‘

He admired beauty in women, characcter in men. He knew that, for both men and women, the best was often made out of threadbare essentials: yet he also knew that the beauty . and the character were often that much more exciting and dramatic because of the simplicity in achieving them. This is very often the message of his work. It is love that strikes fire in the heart of Christy Mahon, in ‘The Playboy of the Western World’, and makes him into a hero. And there is something of the same instinct, an instinct towards self-preservation, in the faces of Sean Keating’s men and women.

There was something of it in Keating himself. It made him a more forceful and dynamic artist that contemporaries like Leo Whelan and Patrick Tuohy, and pushed hini into an undisputed leadership of traditional realism in the period between the wars.

For Irish art itself this was probably unfortunate. Keating’s uncompromising lack of. sympathy with alternative traditions in art, when throughout Europe diversity and fragmentation was greater than at any other period in history, meant that divisions and antagonisms weakened still further the tread bare texture of Irish art. Organisations like the RHA and Living Art were set against each other; so were people; and ‘all this at a time of public indifference, when few works by anyone were being bought. 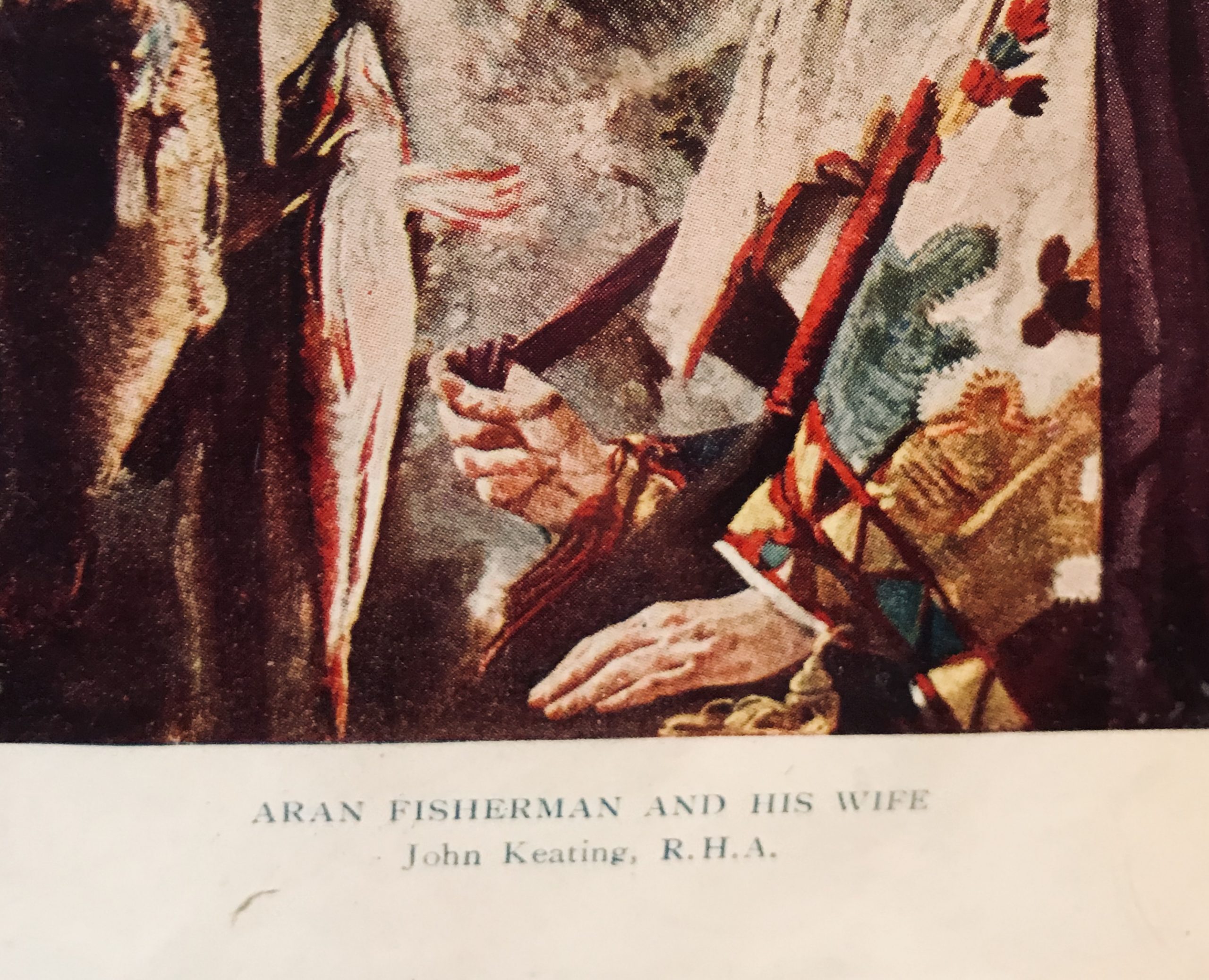 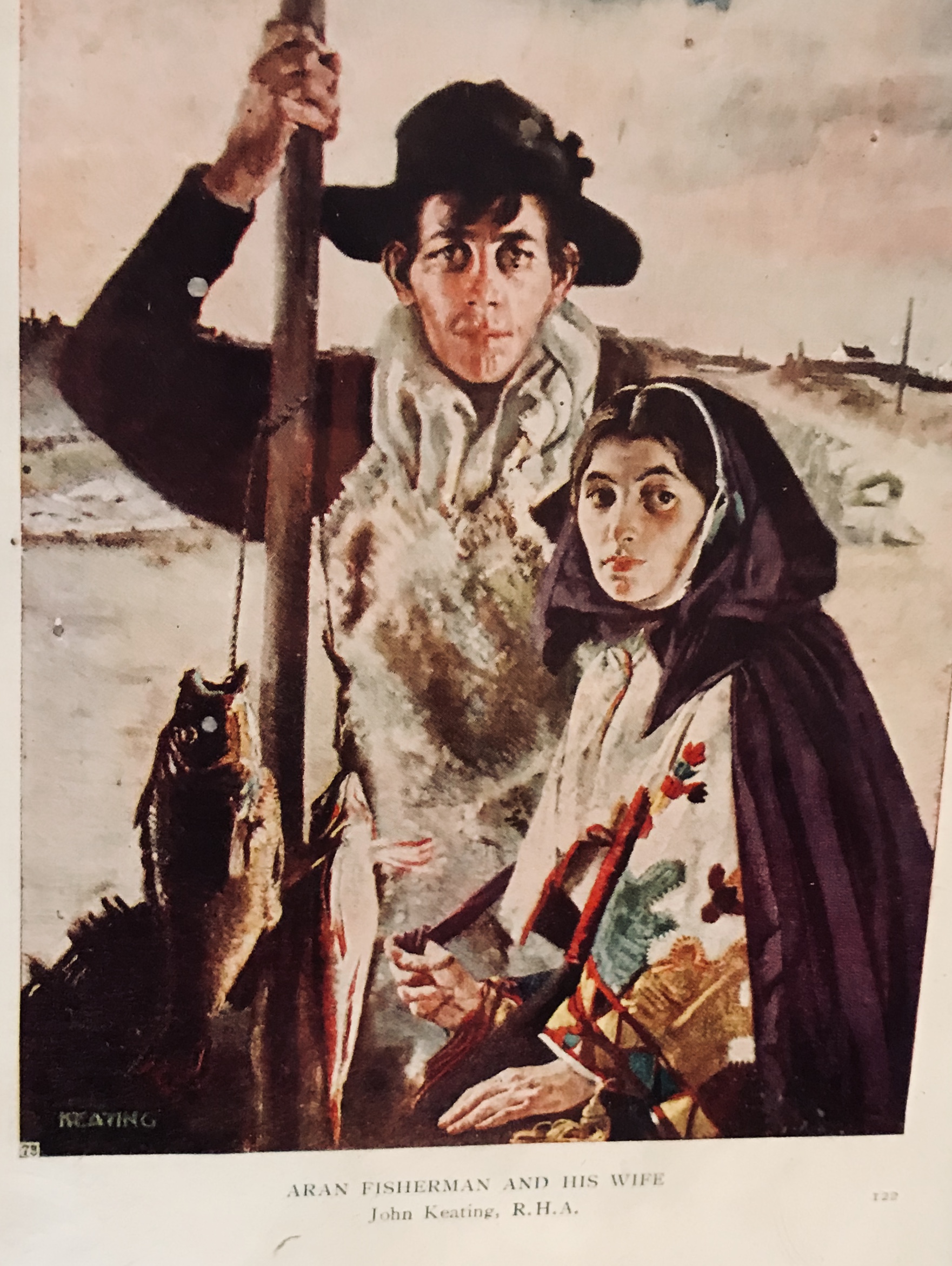 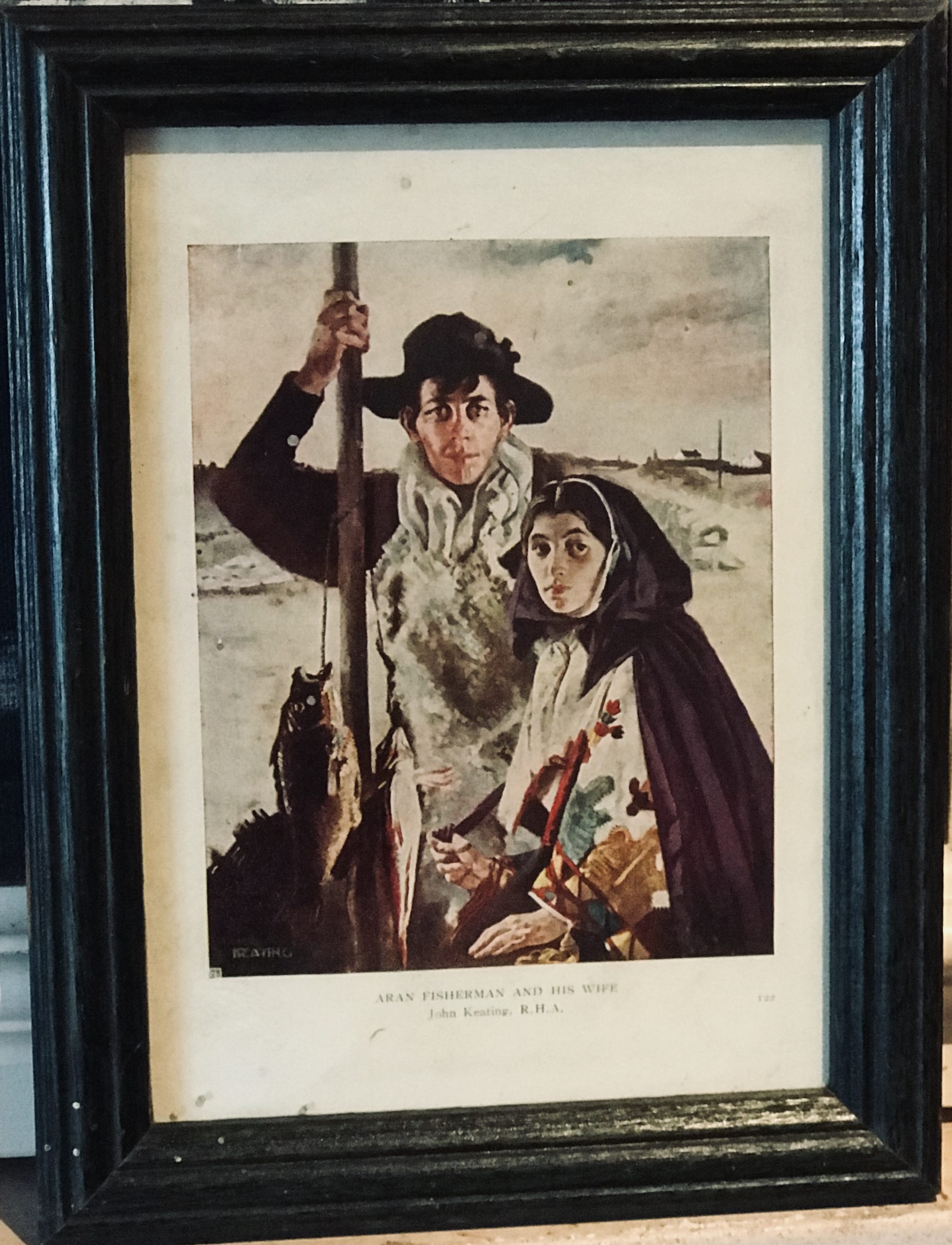