Atmospheric painting of two old timers enjoying glass or two of Guinness and a private conversation in their local pub by the artist Conor Hamilton. 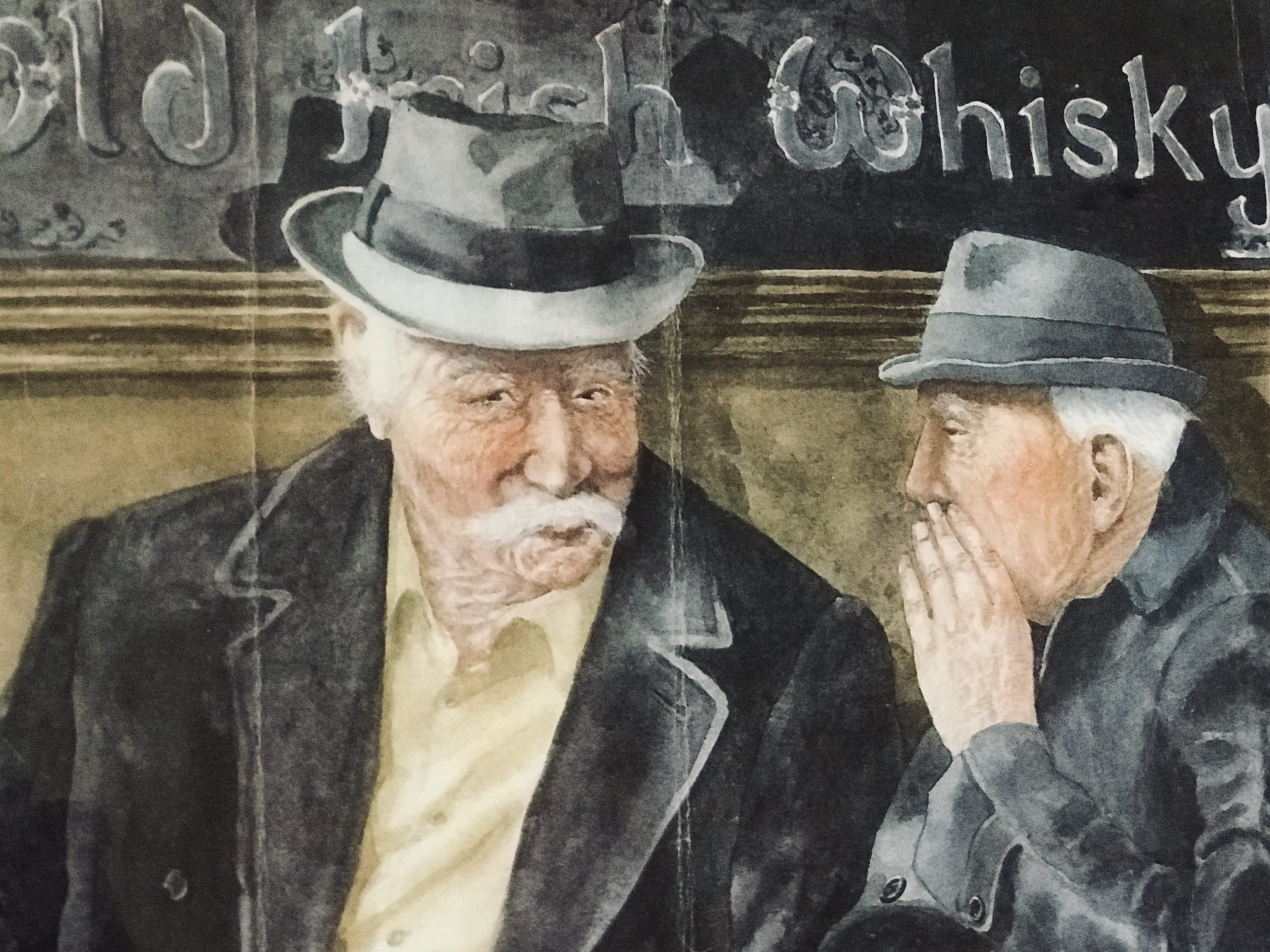 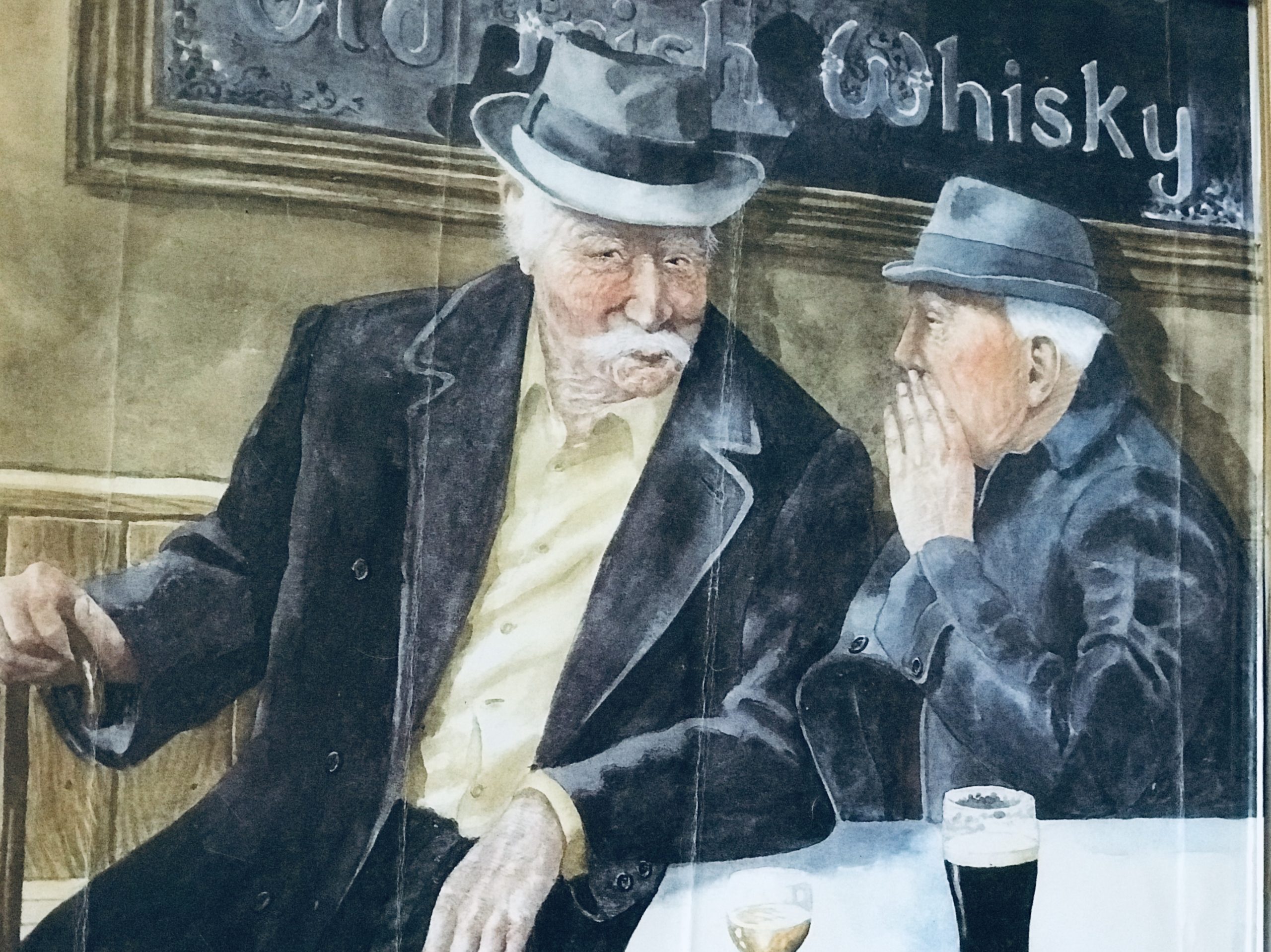 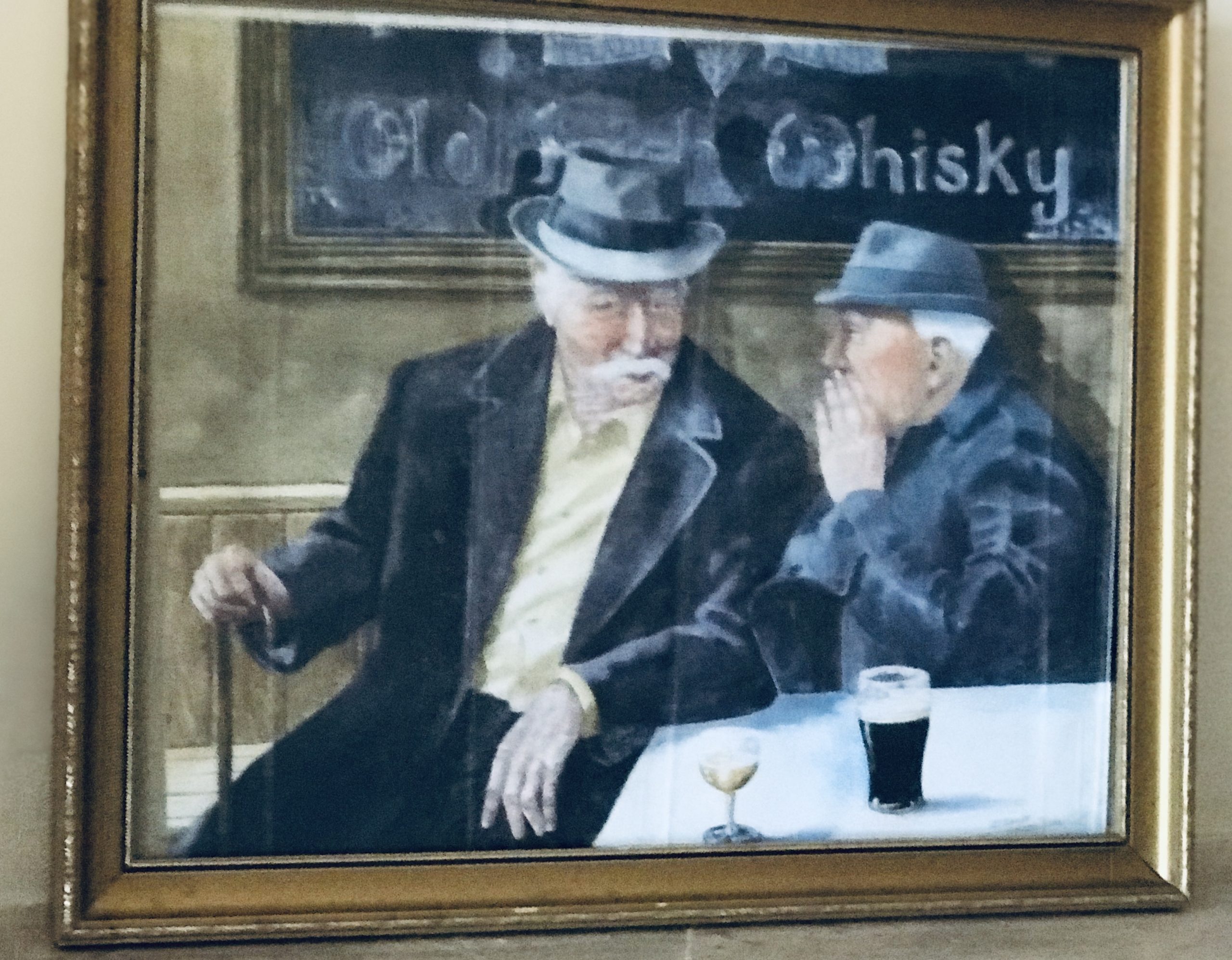