An anxious looking Wexford defence prepare as Christy Ring takes a in the 1956 All Ireland Hurling Final.The result would be forever known simply as ” The Save “.

Art Foley, who died on Monday last in New York, will be remembered for a save he made in the closing stages of the 1956 All-Ireland hurling final that had seismic and far-reaching consequences. It formed an instrumental part of a metamorphic sequence of play in a terrific contest with Cork, leading to one of the game’s most epic finales.

With three minutes left the ever-threatening Christy Ring gained possession and made for the Wexford goal. The finer points of what happened next are still in dispute. The main thread of the narrative is not.

Ring let fly and the diminutive Foley in Wexford’s goal was equal to it. He needed to be. His side led by two points, and a goal, especially one by Ring, would surely have inspired a Cork victory. Ring would have had his ninth medal. Wexford hurling might not be the beguiling and romanticised entity it is today.

In the game’s pivotal moment, the ball quickly travelled down the other end where Tom Ryan sent a raking handpass to Nickey Rackard. In a piece of perfect casting, the greatest name in Wexford hurling landed the deathblow, netting with a low shot to the corner. Wexford were already champions, having defeated Galway in the final a year before to end a 45-year wait. But to beat Cork gave them a status they’d never attained before and wrote them into everlasting legend.

The death of Foley at 90 ended a significant chapter for that storied era, he being the last surviving member of the team that won the final in ’56 and which started the ’55 decider, giving hope to all counties outside the traditional fold. In a decade often depicted as repressive and severe, with heavy emigration, Wexford brought an abundance of novelty and glamour and dauntless expression which made them huge crowd-pullers and popular all over the country. A jazzy addition to the traditional acts. The previous six All-Irelands before Wexford’s breakthrough in ’55 were shared between Cork and Tipperary.

“Why are all these massive crowds following Wexford?” asks Liam Griffin. “The Wexford support base for hurling grew with the rise of the Wexford teams of the 1950s. There was a romantic connection between them and all hurling people. Why? Because they came up to challenge the dominant counties.”

At the time Wexford looked more likely to prosper in football than hurling. The 1950s, led by the Rackards, changed all that. Only a few survivors remain from the ’56 panel: Ted Morrissey, Oliver Gough and Pat Nolan. Morrissey played in the Leinster final before losing his place and had also been on the squad in ’51 when Wexford reached the All-Ireland final. Nolan was Art Foley’s goalkeeping deputy in ’56, later winning All-Ireland medals over a long career in ’60 and ’68. Gough came on in the ’55 final.

In a way the loop that began the most famous end-to-end move in Wexford hurling history, starting with Foley’s save and concluding with Rackard’s goal, was replicated in life itself. The first of that celebrated ’56 team to die was Rackard, in April, 1976, at the age of 54 after succumbing to cancer. When the team was celebrating its silver jubilee in 1981, Foley came home from the US for the occasion, having emigrated with his wife Anne and their three young children at 27 in the late 1950s. By the time of the silver jubilee of the ’56 win, only Rackard was missing. Gradually over the years the numbers diminished. Ned Wheeler went this year. Billy Rackard was the last of that famous band of brothers to die ten years ago. Now, Foley, literally the last one standing, has gone too. The deeds, though, remain timeless and immortal.

The save which made Foley famous followed him around all his days. “The big story of Art Foley is that save because it is the seminal moment of that time,” as Liam Griffin puts it. It is also probably the most enigmatic save in the history of the game – the Mona Lisa of hurling saves, such has been the variety of interpretations. Even Ring seems to have offered contradictory accounts.

Raymond Smith has an account from John Keane, the former Waterford great, who was umpiring that day. He recalled Ring shooting from 25 yards and the ball moving “so fast that the thought flashed through my mind, this must be a goal . . . and I couldn’t believe my eyes when I saw that he’d saved it.”

One newspaper referred to “a powerful close-in shot” and another to a “piledriver” which was one of “several miracle saves” made by Foley on the day. Val Dorgan, Ring’s biographer, reported a “vicious strike” that was saved just under the cross bar and he also used the word “miraculous”.

Later, Ring claimed in conversations with Dorgan that he was off balance after being impeded by Paddy Barry and didn’t get sufficient power in the shot. Yet Ring himself is quoted in The Irish Press after the match as follows: “It was one of the best saves I ever saw. I thought it was all over when I went through.”

It wasn’t until the next decade that All-Ireland finals began to be televised, leaving iconic moments like this shrouded in some mystery. Speaking to the Irish Echo in 2011, Foley himself gave this account:

“Well, he shot and I blocked it straight up in the air. This is where they always get it wrong. They always say I caught it and cleared it, straight to Nickey [Rackard] and he scored the goal. But I blocked it out and Pat Barry [Cork] doubled on it, and it hit the outside of the net.

“I pucked it out to Jim English and he passed it to Tom Ryan, and he got it to Nickey and Nickey got the goal, and we went on to win.”

It was in keeping with Foley’s personality to play down the save’s merits. In an interview in 2014, Ned Wheeler referred to Foley as “a gentlemen of few words”. They stayed in touch regularly on the phone up to shortly before Wheeler’s death.

Ted Morrissey was another in frequent contact, a player who moved to Enniscorthy to work and joined the St Aidan’s club which Foley played for. “I used to ring him every couple of weeks until recently,” says Morrissey, now 89. “I rang him recently and he had fallen, the wife told me he was in the nursing home.

“He was very clear, he had a great memory, could tell me all the people who lived on the street where he was. He worked as a lorry driver, that’s what he was doing before he left. I suppose he thought there was a better life over there.”

What did they talk about? “About hurling and old times and the people he knew and he’d be asking me about the people around Enniscorthy. Unfortunately, by the last few conversations there weren’t many left that he knew.”

Foley was just 5’6″ at a time when there were marauding full-forwards aplenty and the goalkeeper didn’t have the protection in the rulebook he has now. He was dropped after conceding six goals in the 1951 National League final and didn’t play in the All-Ireland final later that year against Tipperary when Wexford suffered a heavy loss. Wexford opted for a novice ‘keeper, something Billy Rackard later said had been a mistake.

When he made the save in ’56 Foley was given an appreciative and sporting hand-shake from Ring. The Cloyne man was notoriously competitive but often commented on the sportsmanship of Wexford and specifically his marker Bobby Rackard. At the end of the ’56 final Nick O’Donnell and Rackard chaired Ring off the field which is another lasting and remarkable feature of that final.

Foley spoke of that moment to Ted Morrissey. “Nicko (O’Donnell) came to Arty and says, ‘we’ll shoulder him off the field’. And Arty says to him, ‘how the hell will we do that, you are 6’2 and I am 5’6 . . . go and get Bobby with you’. So Nicko and Bobby shouldered him off and Arty was a back-up man, giving them a push from behind.”

Ring stated after the ’54 final when Cork defeated Wexford that Cork had never defeated a cleaner team. Perhaps the very different experience he had against Galway in the previous year’s final had something to do with that, but the relationship between the counties at the time was cordial and warm. Ring being chaired off the field was its Olympian moment. At a time when hurling was notoriously rough and macho, these displays of sportsmanship were notably different from the norm. It deepened Wexford’s unique appeal.

Tony Dempsey, the former Wexford county chairman, and former senior hurling manger, met Foley and his wife and some of the family over lunch in Long Island a few years ago, where they made a presentation to him for his services to the county. They spoke of that decision to carry off Ring. “He told me Bobby caught Ring like a doll and lifted him up,” said Dempsey, noting the power for which he was renowned.

Foley survived in spite of his height limitations, helped by having O’Donnell in front of him. He left school at 13, like many others who were obliged to at the time, and followed his father Tommy, a truck driver, into employment at Davis’s Mills in Enniscorthy.

He told Dempsey in New York how he routinely carried 12-stone bags of flour up and down ladders at 14. “He took out a photo album and showed a photo of himself jumping for the ball,” says Dempsey, “and proportionate to his body he had massive muscles, massive quads and massive thighs.”

In New York he ended up in long-term employment for TWA, spending 34 years as a crew chief. He came home occasionally, sometimes for reunions.

After winning the ’56 final, and entering legend, Wexford’s victorious players began the triumphant journey home on the Monday night, stopping off in the Market Square in Enniscorthy.

A Mr Browne from the county board introduced the players individually. “The greatest ovation was reserved for the goalkeeper Arty Foley whose brilliance in the net contributed much to Wexford’s victory,” the Irish Independent reported. Forty three years after they laid Nickey Rackard to rest in Bunclody, the first of that special team, Art Foley has gone to his eternal resting place in New York. Their deaths took place decades and thousands of miles apart. But their spirits will remain inseparable. 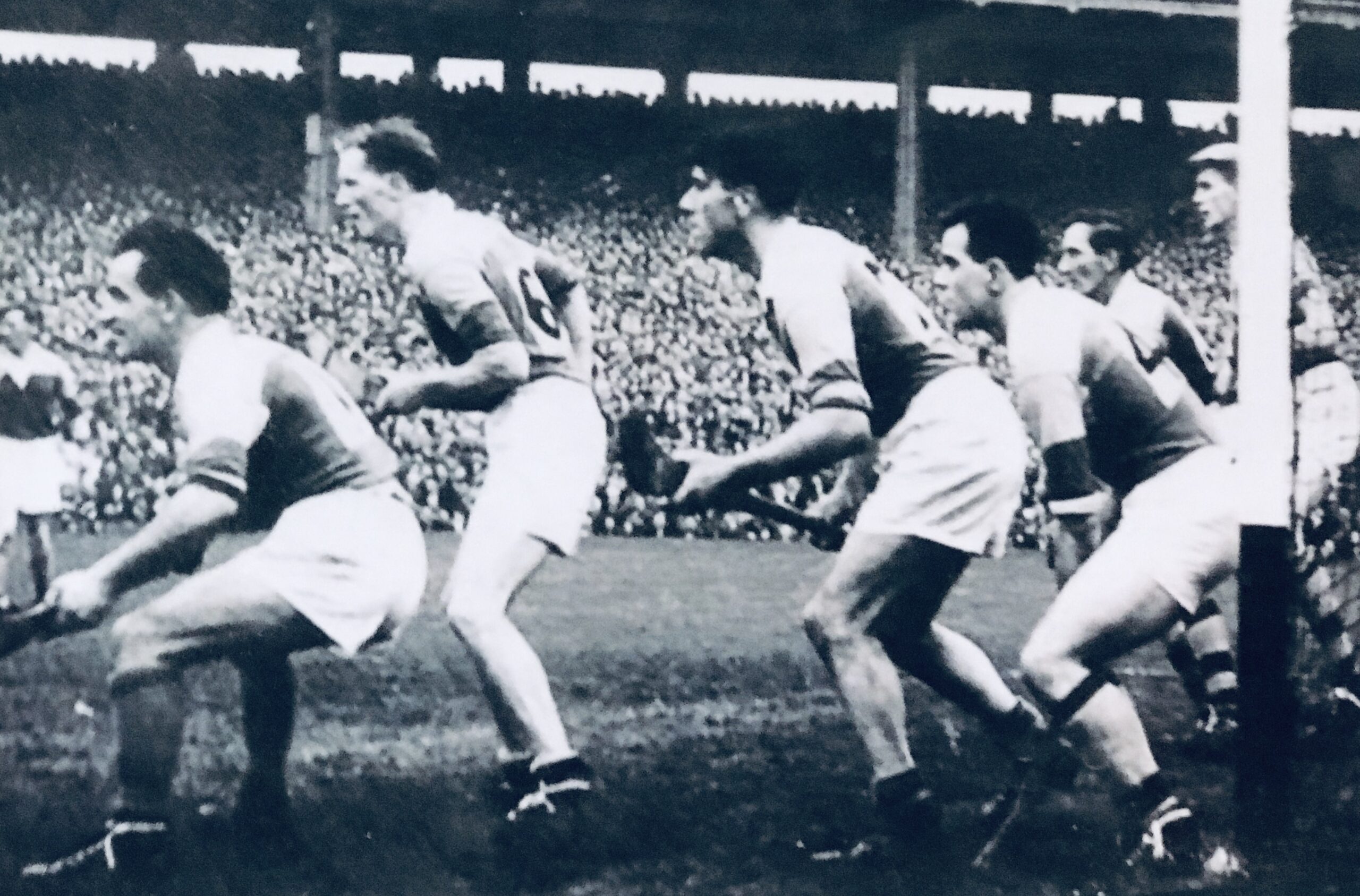 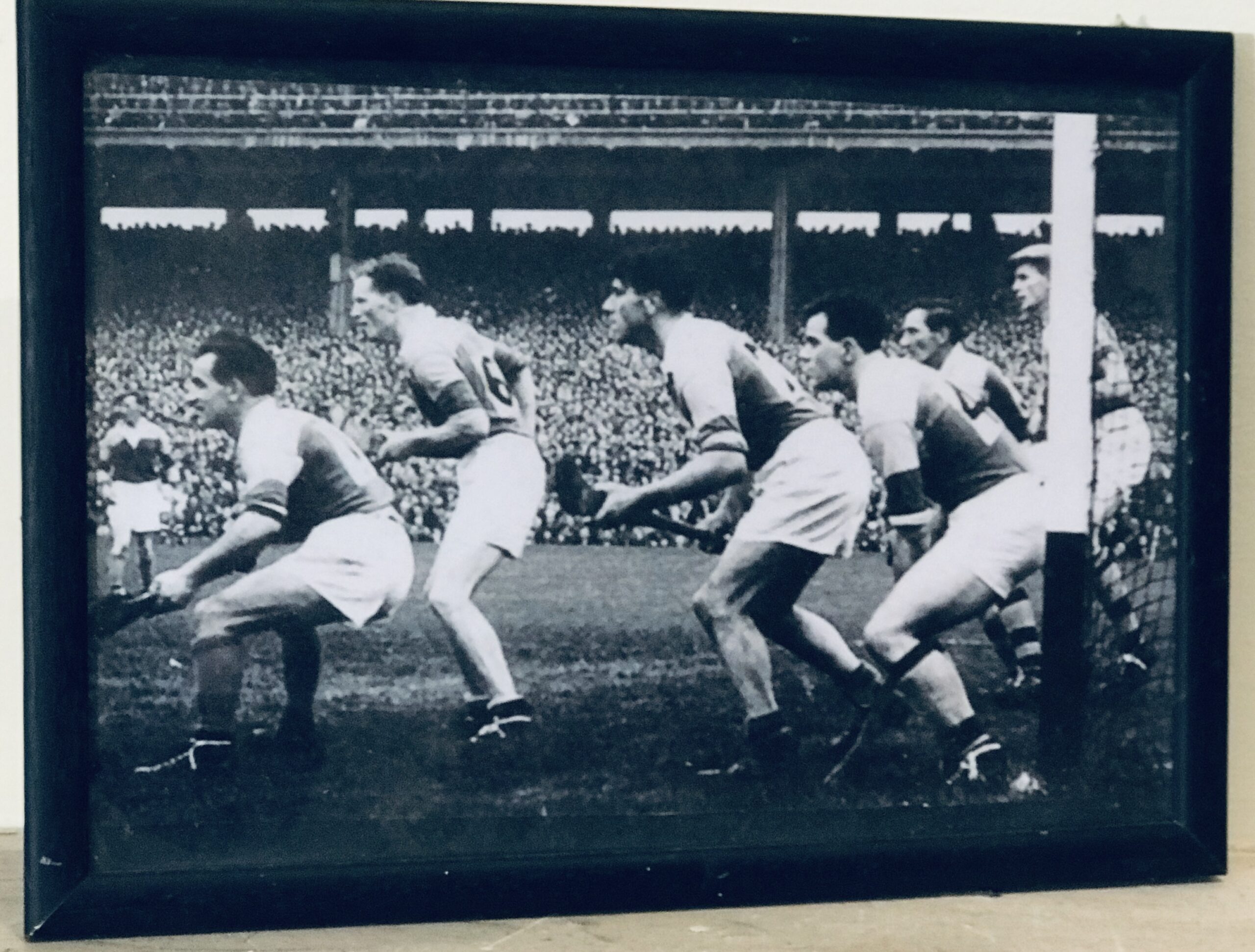 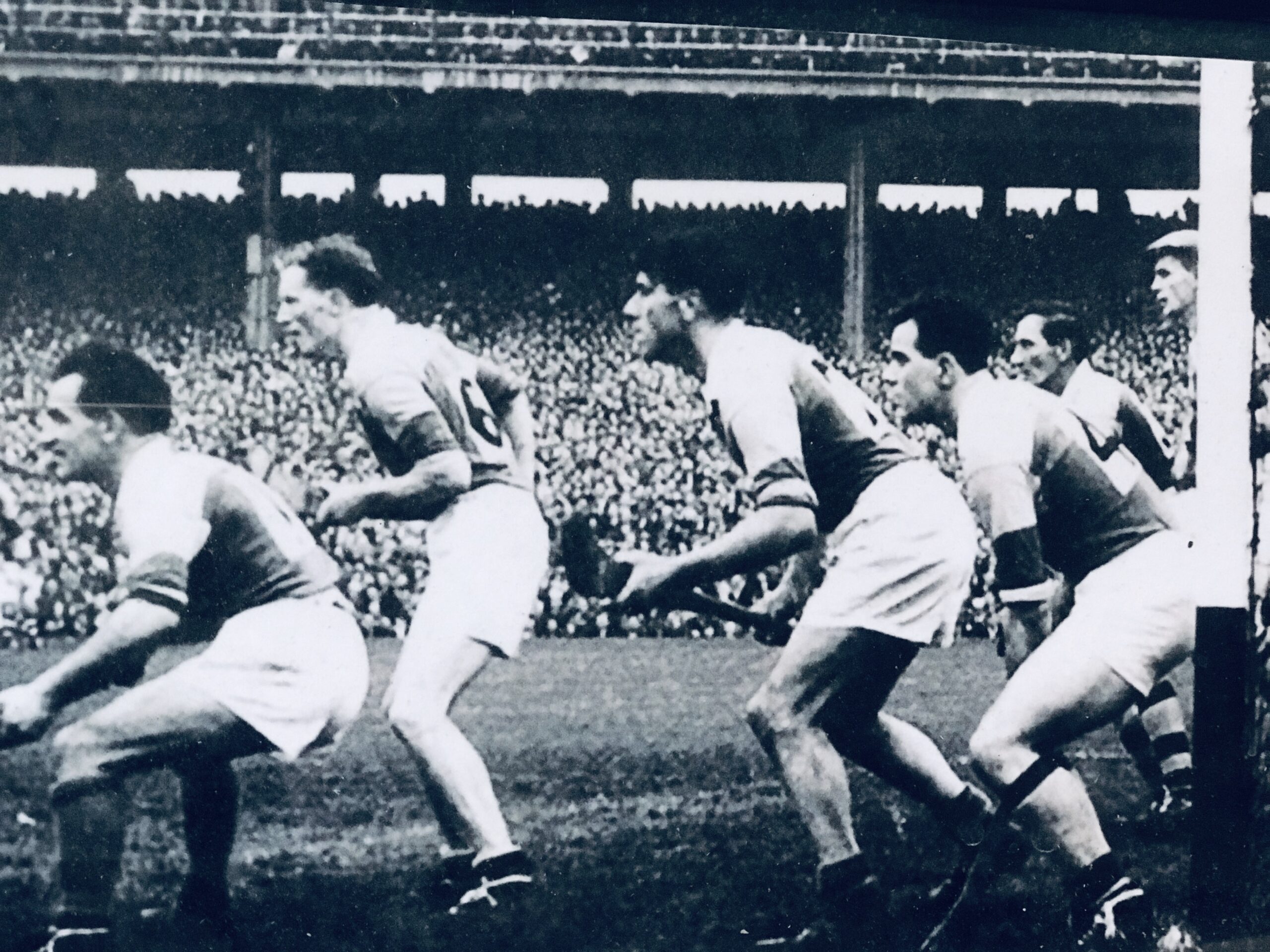