The Jacobs Biscuit Bakery originated in Waterford in 1851,after being founded by William Beale Jacob and his brother Robert.It later moved to Bishop Street in Dublin with a further factory in Peters Row.Jacobs Bishop Street premises was occupied as a strategic location by rebels during the 1916 Easter Rebellion.

W. & R. Jacob’s were one the largest employers in the Dublin of 1916, and their factory was seized on Easter Monday by perhaps 100 members of the 2nd Battalion of the Dublin Brigade of the Irish Volunteers under Thomas MacDonagh. The factory itself was an enormous and formidable Victorian edifice located on the ‘block’ enclosed by Bishop St, Bride St, Peter’s St and Peter’s Row, and between St Patrick’s Cathedral and St Stephen’s Green. Its seizure helped to complete a loop of building cross the south inner city; the factory had two large towers that could act as observation points, while its location was very close to both Camden St and Patrick St: natural routeways for troops entering the city centre from Portobello Barracks in Rathmines and Wellington Barracks on the South Circular Road. 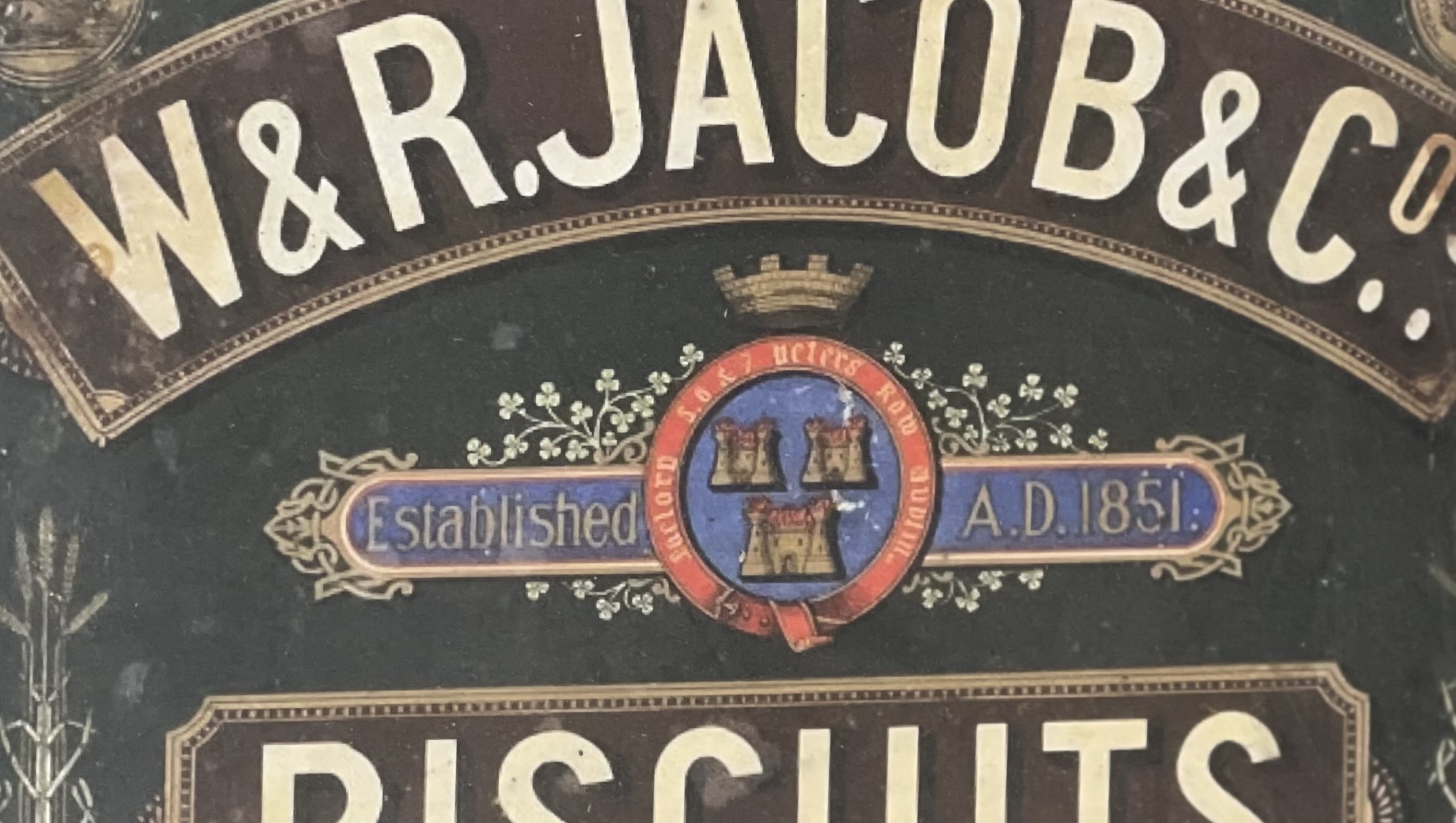 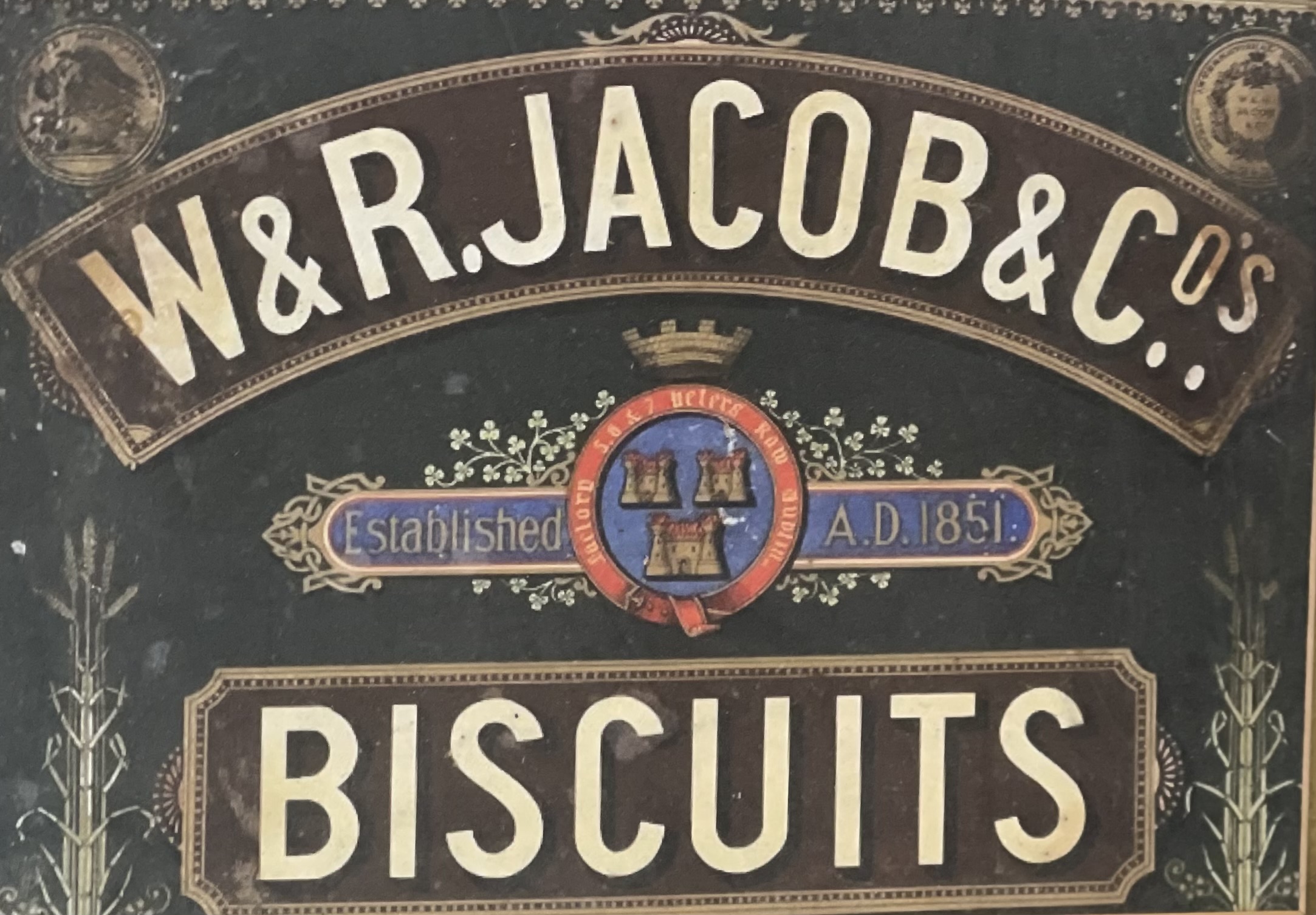 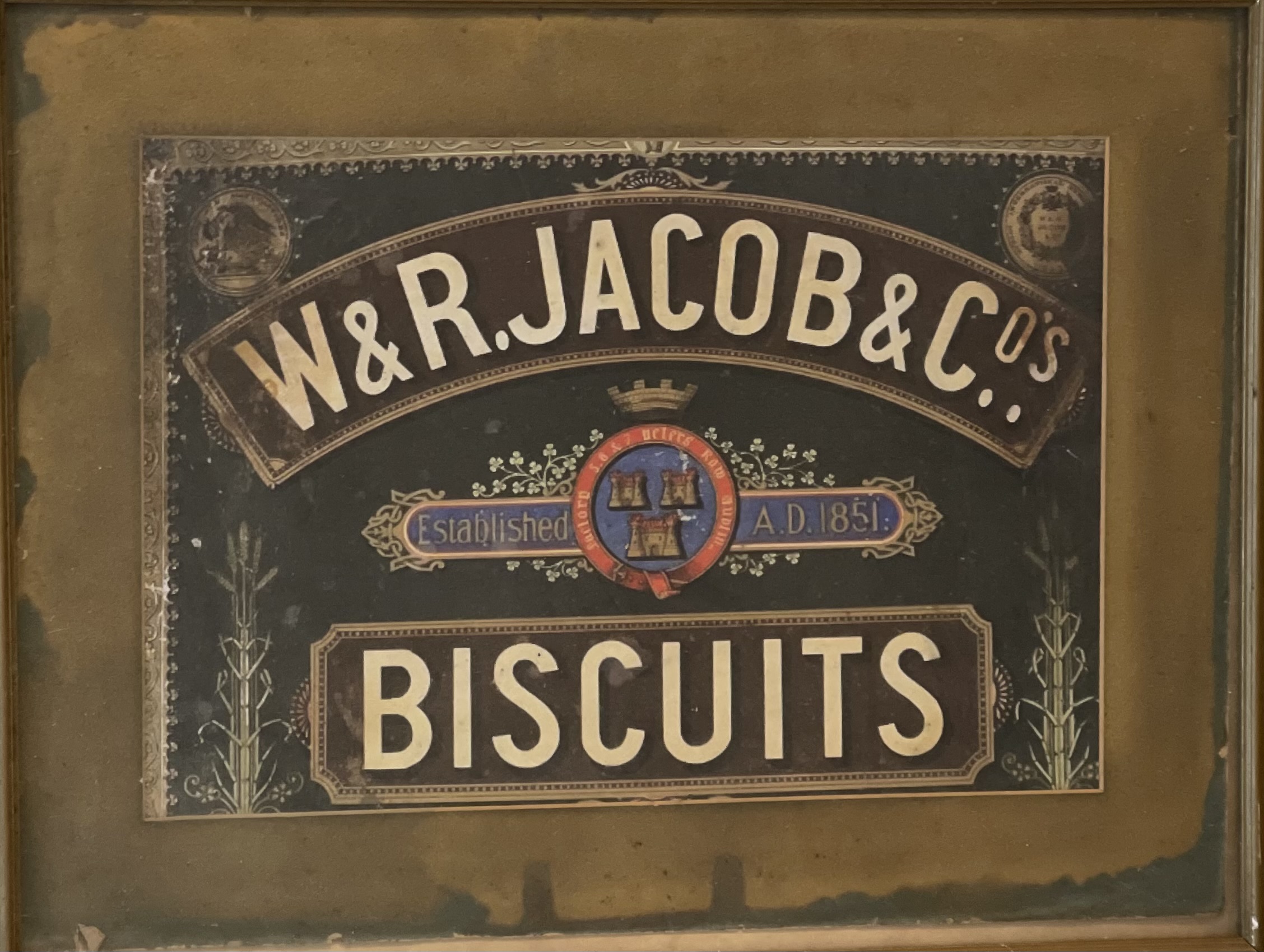